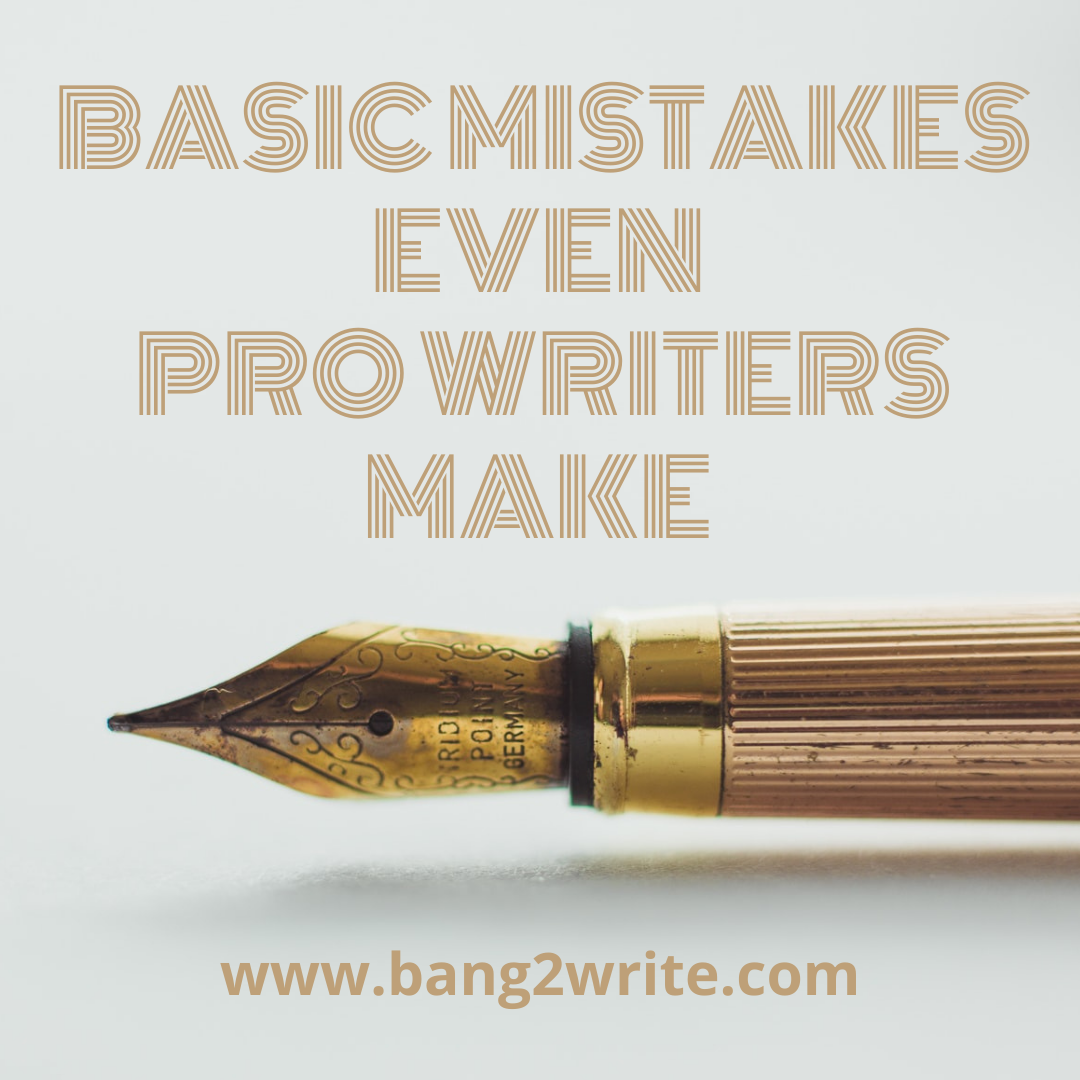 I always find it interesting when writers talk about books, courses, articles etc being ‘too basic’ for them. In my experience, NO ONE is above revisiting the basic principles of storytelling … Not least because there are SO MANY spec screenplays and unpublished novels in the submissions pile that make zero sense!

By the way, YES, I include myself on this. If we don’t keep the basics in mind at all times, we can go off-piste very quickly. I am always looking for refreshers on stuff like concept, character and structure … I might learn something new or discover a perspective I’ve not seen before, which in turn stokes my creativity. Alternatively, being a perennial student provides reassurance I’m not going off at a tangent. What’s not to like!

So with this in mind then, here’s the Top 5 mistakes I see even from pro writers … Ready? Let’s go!

So, those BASIC principles of storytelling according to B2W …

The above is why I believe characterisation and plotting are inextricably linked. You can’t have one without the other!

By the way, if it’s a CONSIDERED STORY CHOICE to make your protagonist passive, that’s obviously fine … You know you will need to compensate for this. (Such as ensuring another character holds the reins instead).

All this said, too often passive protagonists are a MISTAKE. The reason they don’t work because writers DON’T REALISE they have written one. Argh! MORE: Join The B2W Virtual School

Your protagonist needs an adversary of some kind, as mentioned in the last section … That ‘something / someone that gets in their way’. Again, this is basic, but too often writers will screw this up.

The most typical reason I see for weak adversaries? That ‘baddie’ doesn’t have a strong counter-motivation for going up against the protagonist. Instead, they have nonsensical plans or are simply EVIL for the sake of it. Ugh.

This is 2021. Even comic book villains have strong goals and motivations nowadays! Audiences want nuanced, layered antagonists every bit as much as protagonists. 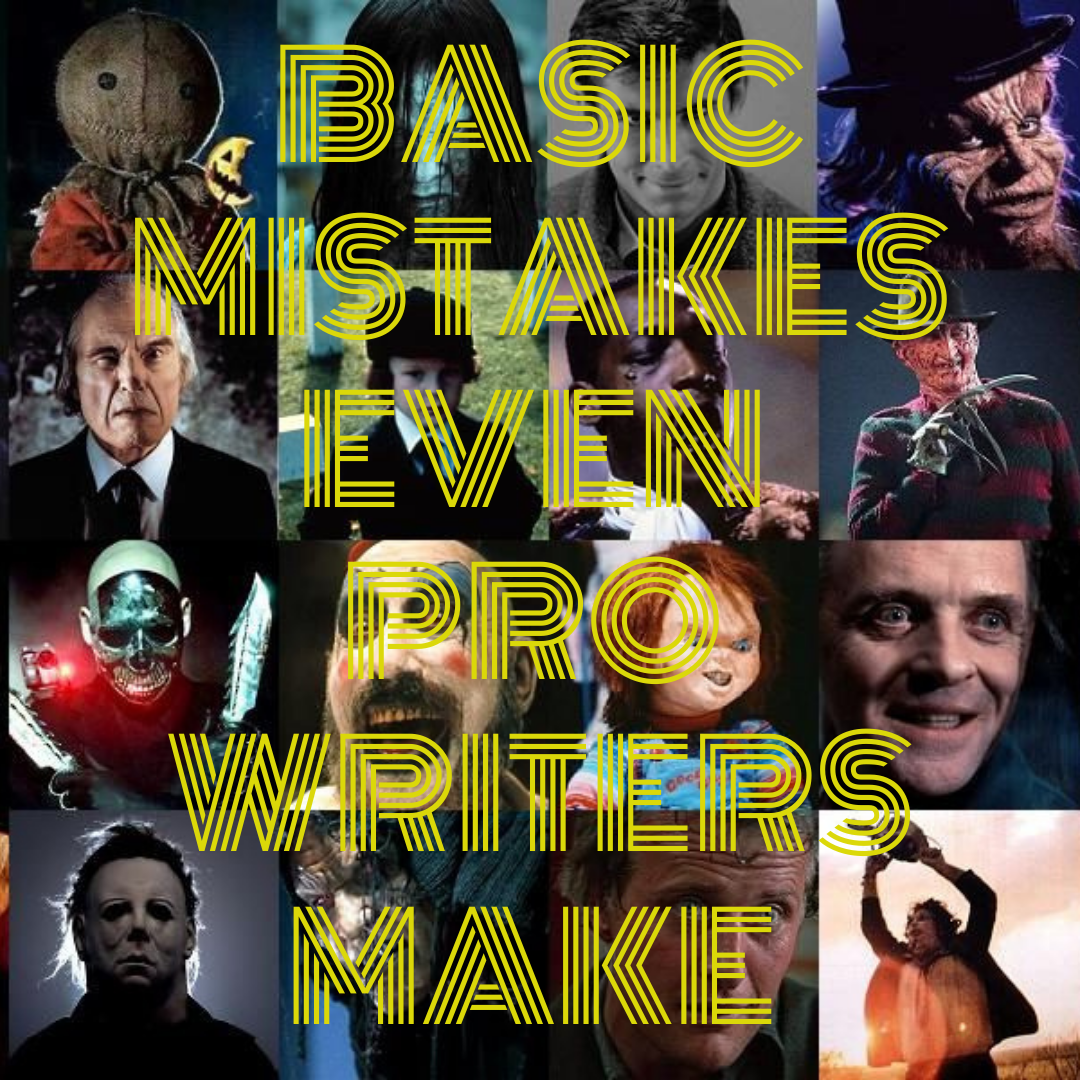 Very often I will read a spec script or unpublished novel and not really know what it’s about. Sure there will be some interesting characters or moments, but ultimately I end up confused.

I should stress it’s NOT that I ‘can’t’ follow or wasn’t paying attention. Rather the problem is the concept – aka premise, controlling idea, seed of the story.

Very often, a writer PACKS TOO MUCH in there because they feel they don’t have ‘enough’ story. As a result, it can feel like all the different threads are vying for attention.

Other times, writers haven’t done enough research so there is a fundamental flaw in how the story is presented. This might be to do with the genre and what’s gone before, or it might be literal … ie. a supposedly science fiction story is actually SCIENCE FACT. Ooops! MORE: Top 5 Concept Mistakes Writers Make

4) The Stakes Do Not Escalate

Too many spec scripts or unpublished novels ‘run on the spot’. They might start well, but they tend to run out of steam … Especially in the middle.

This is because the stakes do not escalate. Yves Lavandier wrote one of my favourite books, Writing Drama. In it, he describes characters as needing to ‘climb walls, each one bigger than the last’.

I totally agree with Lavandier. Stories are journeys. By thinking about the characters having to climb, we can appreciate how ‘advancing the plot’ works …

Whether plot-led or character-led, genre or drama / literary fiction, stories ultimately don’t tend to be walks in the park … Instead, stories need to be TREKS UP THE MOUNTAIN. That’s how we get a satisfying read.

An obvious one here! First impressions count, so don’t send out writing before it’s ready. Lots of writers think they are running out of time, but this is not true.

Take all the time you need to ensure your spec script or unpublished novel is JUST RIGHT. Take it as far as you can with peer reviewers and beta readers. Hire a script editor if you can afford it. Let it sit for a while. Just never, ever send out a first draft.

So, Don’t Be A Basic Bitch!

Make sure you nail these basic elements my friends, I can’t stress this enough. Keep the 5 things in this article in mind and you will have your best chance of getting what you want.