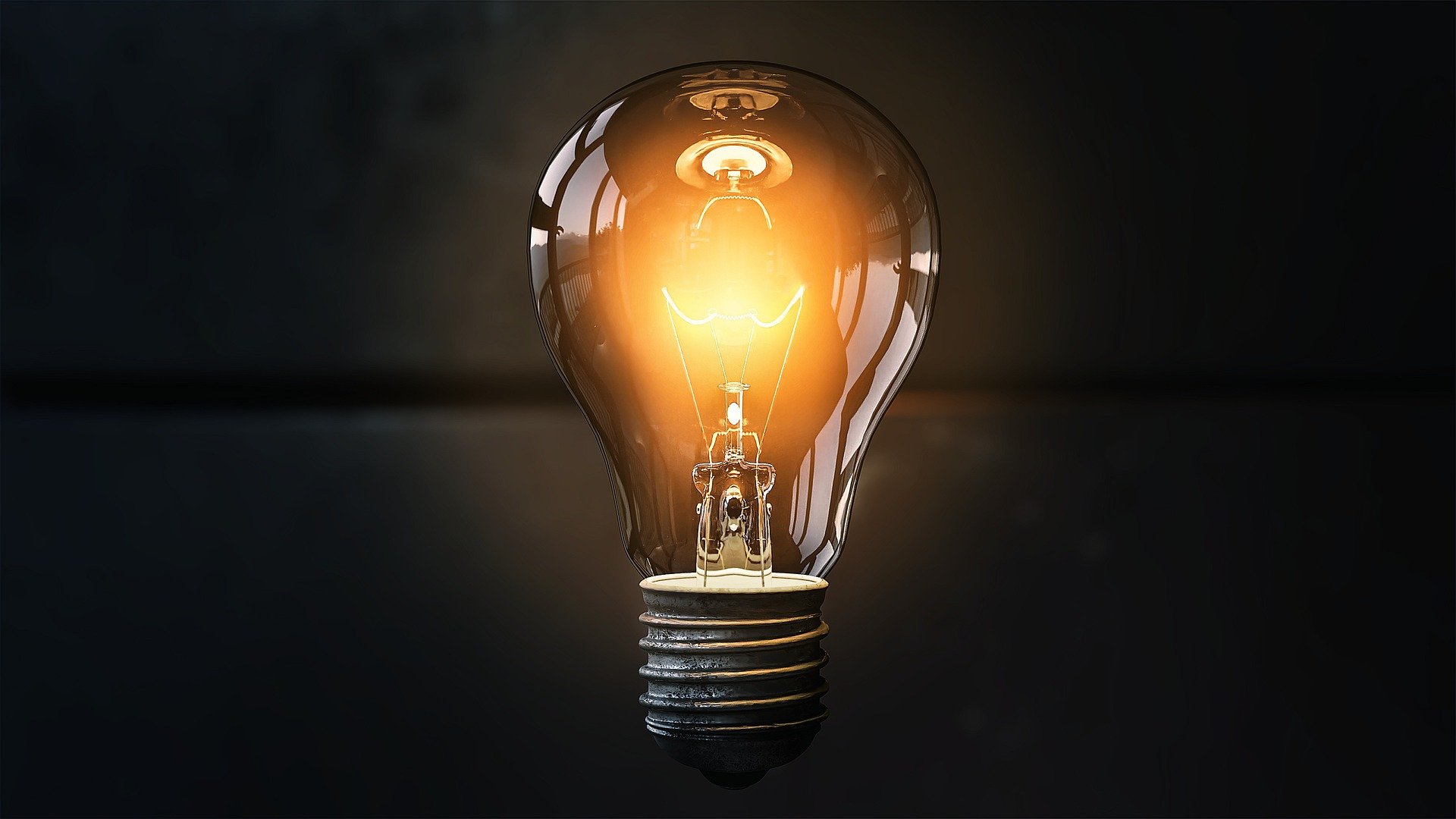 Idea To Script To Screen

It’s gone down in screenwriting folklore that it took writer-producer Allan Scott thirty years to get the idea for his Netflix smash hit The Queen’s Gambit made and on screen. If your passion project is taking an age to get off the ground – or if your screenwriting career is! – then take heart from these movies.

Like many films, their journey from those ideas to script to big screen took many, many years. Find out why and what we can learn from the writer’s experience on each. 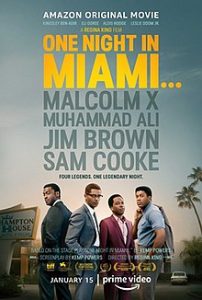 Kemp Powers has come to screenwriting as a second career, after years working as a journalist (and years of creative writing as a hobby). He dabbled in screenwriting and playwriting in his 20s, but unhappy experiences in the TV world led him to return to journalism in his 30s.

It was during this period, around 15 years ago, that he was reading about the intersection between sports and the civil rights movement. Being a journalist, he intended to write a book about it.

“But the thing that stumped me was that I couldn’t get a lot of details about what [the four men] discussed in the room,” says Powers. ”It seems to me like perfect grist for the mill for a dramatic piece.”

The result – One Night in Miami – became his first produced play in 2013 (and also led to Pixar hiring him as a co-writer/director on Soul).

Eight years later, with Regina King at the helm ­– and Powers now 47 – the film version has hit our screens.

Speaking about his ‘second career’ success, Powers says: “If I had had these opportunities in my 20s, I would have fucked it up. Because in my 20s I was all eager to please… I would write anything. Me in my late 30s? … I came into this armed with adulthood and life experience. I had been living my life. So I knew the stories that connected with me… I had a different level of confidence. I felt like my ideas were legit and had value.”

Lesson: Don’t worry if it took you a while to get here. Coming to screenwriting after another career and/or later in life means you likely have a) more life experience to mine and b) more confidence. Both of which will help you to be a better writer AND make better writing career choices. What’s not to love?! 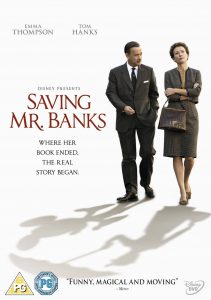 The project that would become Saving Mr Banks originated in 2002 with an Australian TV documentary, The Shadow of Mary Poppins. The documentary’s producer, Ian Collie, commissioned writer Sue Smith to pen a screenplay about P.L. Travers’s life, which he then took to British producer Alison Owen.

“The good news is that I could see there was a great story there waiting to get out,” says Owen, “but the bad news was that telling the story was problematic because of the amount of intellectual property rights involved.”

Owen decided to gamble on it, however – and took the idea to screenwriter Kelly Marcel.

Smith’s original script was “very sad and incredibly tragic, but not the story that Allison Owen felt she wanted to make a film about,” explains Marcel. “So she had come to me and she told me about when P.L. came to LA and met with Walt Disney and worked in the rehearsal room. She was like “Do you think that could be the film? Can you rewrite this? Re-imagine this?”.

Fortunately, Marcel could. She wrote the screenplay in 2010. “Luckily for us, she knocked it out of the park on her first draft” says Owen.

The script made the 2011 Black List, and Owen got the blessing of both the Sherman Brothers and Disney, who opened their hearts (and their back catalogues) to the filmmakers. Well, no request is too extreme if your heart is in your dream!

Lesson: Sometimes the script-to-screen journey can take time because you may not be the first writer on a project – or because a script of yours may be reworked by another writer. Don’t worry. It’s all normal. It’s all good. 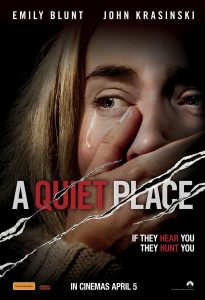 “We were deep in conversation with Michael Bay when it hit us: How did our failures bring us here?”

This is how this piece by screenwriters Scott Beck and Bryan Woods begins in which they describe their journey to getting A Quiet Place made. And it’s a story which does indeed illustrate how failure can lead to success.

In 2014, both aged 30, the two had released their directorial debut, Nightlight, “on a handful of screens without much of an audience”. The resulting muted response made them go back to the drawing board. They wanted to try to come up with ideas for films they could make cheaply themselves. “Something that, worst case scenario, could be shot back in [our home state of] Iowa for $50,000.”

This brought them back to a high concept idea they’d had around 15 years earlier, when they were students watching silent films. The idea they had “put away in a drawer” became A Quiet Place.

“The script began writing itself,” they say. Before long their agent was shopping the resulting “weird” 67-page screenplay around Hollywood. (Although “with failure in mind yet again, we were already brainstorming a production plan to shoot it in Iowa”).

Then Michael Bay came on board. Then John Krasinski. Then Emily Blunt. And then, in 2018, we all did.

As for Beck and Woods? “We encourage everyone to follow their strange cinematic ideas, never knowing just where they might lead”.

Lesson: In screenwriting, as in life, necessity is often the mother of invention. No idea ­– no matter how strange – is ever wasted, and you never know when you might want or need to return to it. 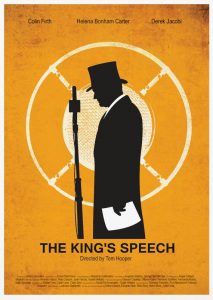 David Seidler grew up knowing the story of King George VI and his stutter because he himself stammered as a boy. “I resolved one day I’d write something about my King. I had no idea what,” Seidler recalls.

He finally embarked on telling the tale in his 40s. When his research led him to a surviving son of Lionel Logue, there was a caveat … Valentine Logue would only help Seidler if he had written permission from the Queen Mother to tell this story.

Seidler duly sought this, only to receive the reply from HRH:

“’Please, Mr Seidler, not during my lifetime, the memory of those events is still too painful.’”

Seidler busied himself with other work during that time. “Even with her death I didn’t leap into action. Other projects and obligations took priority,” he says.

It wasn’t until 2005, following a bout of cancer, that he returned to  and his idea for the project …  then the first draft only took him a couple of months.

Various drafts (including a version of it as a play) and a box of Liquorice Allsorts to Tom Hooper later (read the full wonderful story here) … Before he knew it, David Seidler was collecting the Oscar for Best Original Screenplay at the age of 74, at the time, the oldest writer ever to do so.

Lesson: When you’re a screenwriter, patience isn’t just a virtue, it’s a necessity (especially when real people are involved). 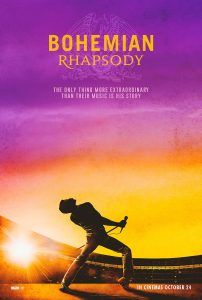 Plans were first mooted for the Freddie Mercury & Queen biopic in 2010. Sacha Baron Cohen was lined up to play Freddie and worked on the project for six years. During that time, Baron Cohen brought in Peter Morgan to write the screenplay, and David Fincher and then Tom Hooper to direct.

But Baron Cohen left the production in 2013 – “At the end of the day, it really was an artistic difference” he says. Similarly, all of the above did the same at various points. (Along with actor Ben Whishaw and director Dexter Fletcher, who both came and went).

The film finally went into pre-production in 2017, by which time Bryan Singer was directing and Rami Malek was starring. Dexter Fletcher was brought back as director for the final weeks.

It was Anthony McCarten who ultimately performed the screenwriting duties on Bohemian Rhapsody.

“Peter [Morgan] and I have never met, unfortunately,” he explains. “While the screenplay credit is mine alone, the shared “story by” credit is appropriate because Peter was the first of several writers to write versions of this story. It was Peter’s idea to end the film on the Live Aid performance. It was the one element that remained consistent across all the versions, and the one aspect that everyone agreed was the fitting climax to the Freddie story.”

Lesson: Whether the cause is artistic differences, clashing schedules or something else entirely, remember that it’s common for directors, actors and, yes, screenwriters to come and go on film projects. And for the whole idea-to-screen process to take an awfully long time as a result. 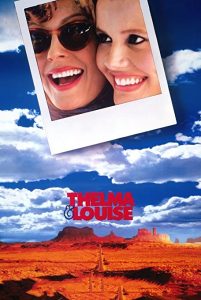 It was Callie Khouri’s part-time job in the music video industry that prompted her to write Thelma & Louise.

“I found myself in a position of having to pay a woman to do stuff that I thought was detrimental to all women,” she says of the sexist videos she worked on.

It was this, combined with the need to do “something creative”, that led her to write her tour de force. In 1979, after ruminating on the idea for four months she put pen to paper.

While she’s said that writing the script was “the most fun I ever had in my life”, she also notes: “The real challenge was actually finishing it. I thought, ‘Well, I have absolutely nothing to lose by trying to do it.’”

She certainly didn’t. Khouri’s script got in the hands of Ridley Scott (“and that was it. Of course, when people hear this story, they just hate me”). But it wasn’t all plain sailing after that!

With Scott producing and Khouri lined up to direct, the project was turned down by many studios before MGM bought it in 1981. And as writer Becky Aikman notes: “There were so many moments when it could have easily wound up in the dustbin of history if things hadn’t gone exactly right.”

Scott took over the directing reins. There were many requests to change the film’s original vision. Various actresses were considered but production delays meant schedules didn’t work out.

Finally, in 1991, it was released. Callie Khouri took home the Best Original Screenplay Oscar, the first solo woman screenwriter to do so since Frances Marion in 1932.

Get Your Idea Out There

So remember: life is a marathon, not a sprint. The process of turning an idea into a screenplay, and a screenplay into a film usually is too.

BIO: Andrea Mann is a screenwriter and freelance writer. Her first feature film is now in pre-production (around 9 years after she first had the idea for it).