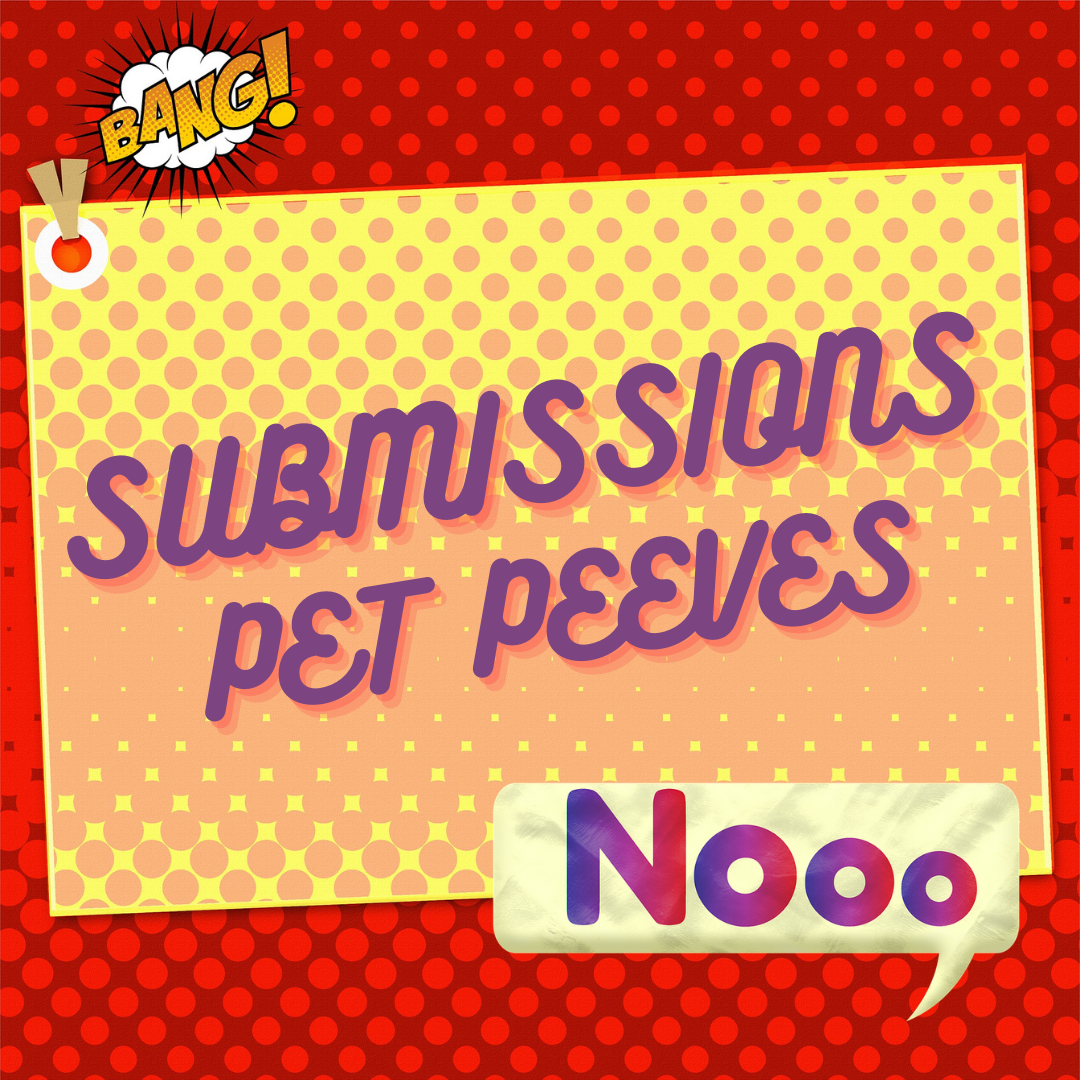 If you’ve decided 2021 is the year to make submissions, congratulations! Lots of Bang2writers make that commitment to making submissions, especially in January, so best of luck with it.

However, what if I told you that, no matter how fantastic your novel or screenplay is, HOW you submit it could sink you?? Supersadface. Fact is, the people judging our writing are not robots. Everyone, no matter how tolerant, has a pet peeve or two when it comes to submissions.

With this in mind, I rounded up 18 experts who deal with submissions ALL THE TIME … Literary agents, book editors, script readers, writing competition organisers, producers and showrunners. Listen to them!

Don’t forget either to check out my next B2W course, Submissions Secrets, where we will put all this and more under the microscope. More details at the end of this post, or click any of the pics for more details. Now, over to our experts … Enjoy! 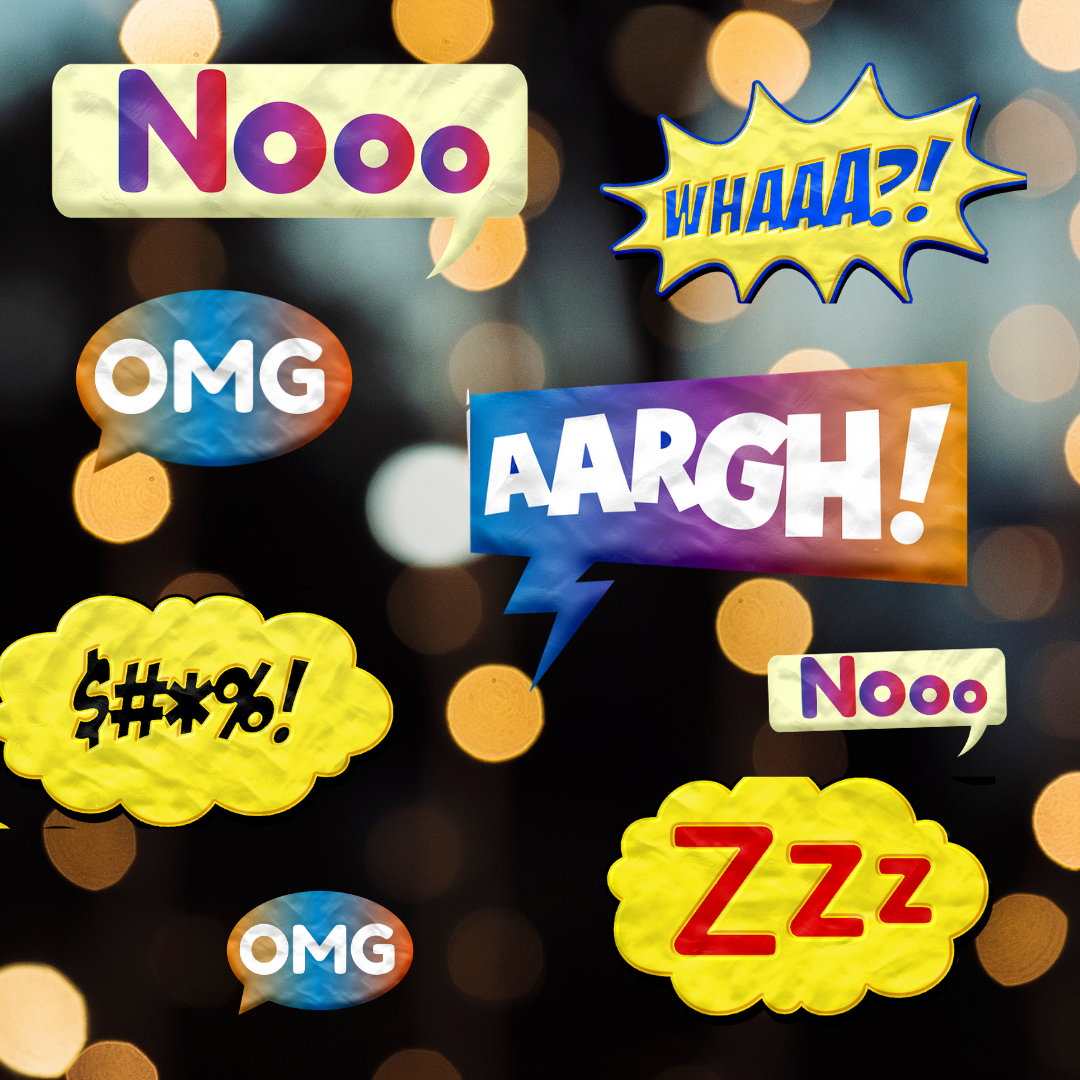 BIO: Tony Jordan is a showrunner and producer, responsible for such iconic British TV as Life on Mars, Death in Paradise and Hustle.

‘My ultimate pet peeve sounds ridiculous but happens too often: the cover letter neglects to tell me about the story being submitted, and instead is all about the writer, and/or what they’re trying to achieve with their writing. My top priority is discovering that narrative hook! If the writer doesn’t realise that, it can ring some alarm bells.’

‘Although I know how frustrating it is waiting for your projects to get read, my pet peeve is writers who don’t understand how many submissions we get. Spec scripts constantly drop back down the reading chain, because so many other submissions (paid projects, ideas by writers we know, ideas brought in by colleagues etc) need to be considered first – and reading scripts properly, giving them proper attention, takes time.

So I really appreciate writers who seem to understand how much we all have on our plates, and check in politely every so often – these are the people whose specs nudge their way back up to the top of the list.’

BIO: Annabel Wigoder is Head of Development for Salon Pictures, working across film and TV. She has projects in development with Channel 4 and the BFI, and just produced her first feature documentary.

‘I’d say that my number one pet peeve right now is when writers omit to mention their series’ format (number of episodes x episodes’ length) for TV bibles and sales decks. This makes it difficult for me to evaluate the overall structure of the series.

Combined with this, if the overall plot of the first season is vague and lacks details, it leads me to believe that the writer hasn’t thought about the story enough beyond the pilot episode.

It’s important to remember that TV commissioners have slots to fill and to commission your series, they need to know if your format fits their slot. Format should always be on the title page of your TV series bible or sales deck as: the total number of episodes per season x the rough length of episodes in minutes (for example, Killing Eve’s format is 8 x 45′).’

BIO: Alizée is a London-based script editor and reader currently working with international studios and independent writers on a freelance basis. Working in French and English, she also writes digital content and web series. Find her at www.alizeemusson.com and via @alizee_musson on Twitter & Instagram.

‘My heart sinks when I receive a 160-page screenplay that is WILDLY out of format to the point of being unreadable (usually written in Word). Often, the writer hasn’t read their own draft to check that scene descriptions haven’t merged with dialogue throughout, or even if they’ve used the correct character heading for the right character. If you don’t want to read your own script, why would you expect anyone else to?’

BIO: Tim Berry is a writer and director, who has developed projects for both stage and screen. After spending seven years working in independent film distribution, he trained as a script editor with NFTS and has most recently worked with Shore Scripts, for their short film fund and their TV/feature contests. 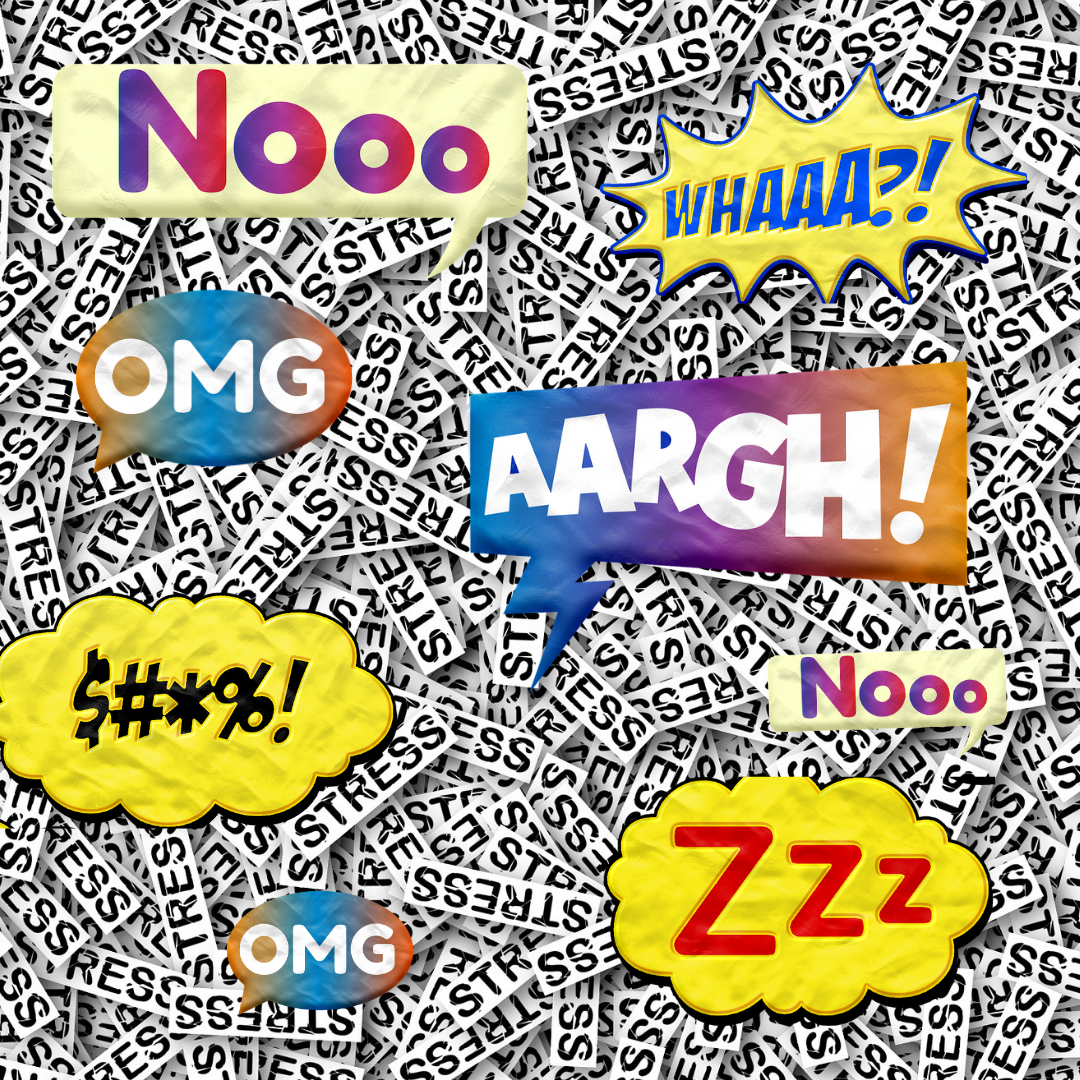 ‘My # 1 PET PEEVE when it comes to writers’ submissions – the overuse of adverbs. “I moved forward slightly to grab my coffee.” Kill the ‘slightly’ and grab the coffee!’

‘For some reason people would rather email us for questions about dates and prices than look on the website, which is why the website is created! It’s no big deal, of course, and we’re happy to reply, but pretty much everything you need to know about the competition is on the site and you might find out some new interesting things too!’

BIO: Jenny Frankfurt is the founder of The Finish Line Screenplay Competition, which provides extensive script development notes to improve your script while it’s in contention to win. Writers can resubmit new drafts at no extra cost.

‘Great expectations! Filmmakers that tell me where they want their film to go generally haven’t read the rules & regulations OR looked at the taste of selection for those festivals.’

‘It’s not a peeve exactly but I do like to know from the title page what it is I’m reading. Series? Movie? Serial? Is it 8×60 or 12×30? Sounds pedantic but it’s part of the screenwriter’s craft and skill to structure through constraint.’

‘My number one pet peeve is authors not reading our guidelines properly, ie. sending us Young Adult science fiction books when we clearly state we don’t publish that genre, for example. It’s sadly a waste of their time, and ours, and is easily remedied by a quick read of the guidelines!’

BIO: Phoebe Morgan is an Editorial Director at HarperCollins working on crime, thrillers, women’s fiction and saga. She is also an author herself, her latest book The Babysitter came out in May 2020. 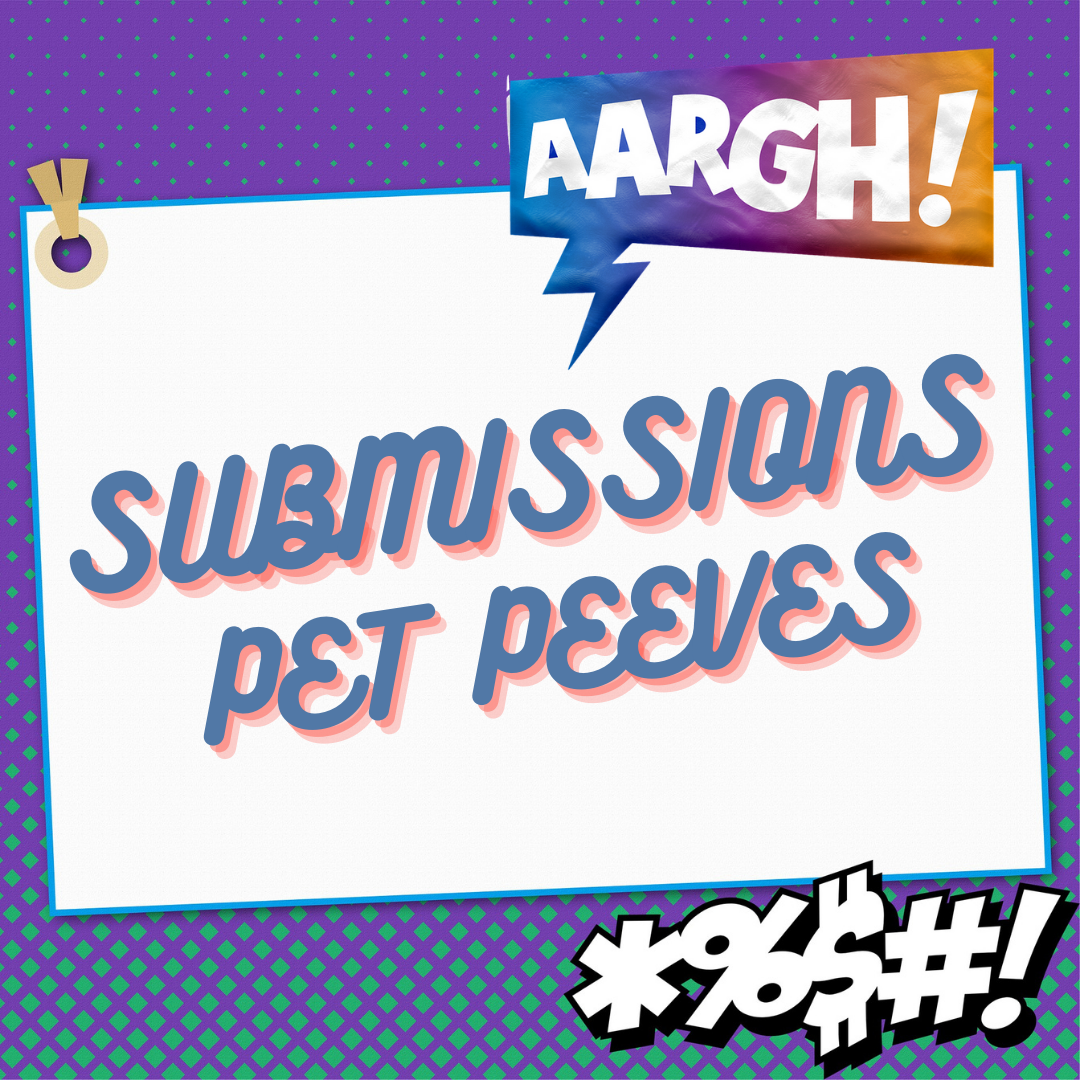 ‘I think it has to be a really lazy cover letter. Just the ‘Here’s my submission’ emails with no effort whatsoever. I reject those so quickly.’

‘I suppose my greatest “pet peeve” when it comes to submissions is unrealistic expectations. It’s a hard balancing act. A writer needs to be fearless and energised to make an impression in this fast-paced and ephemeral industry. To disregard market realities makes for a hard-sell all round.

I would encourage writers to thoroughly research the audiences their script would appeal to. If they feel they cannot do that alone, then they can get help in the form of coverage or by taking a course. Reaching out, making connections, and understanding our common and continual recreation of mythology is at the heart of this business.

Rather than expecting the world to bend to the individual, I would advise new writers to seek to add a new and significant chapter to our common heritage of storytelling.’

BIO: Justine Owens is the Director of Screenwriting Contests at Shore Scripts which has helped 65+ writers gain representation, sell, and have their screenplays produced. You can follow Shore Scripts on Twitter, Facebook, and Instagram.

‘Inability to self-edit. It’s not just scripts running long, although that goes hand-in-glove with that I’m talking about. “Brevity is the soul of wit.” Some decent writer said that. Many writers don’t know or bother to do an edit pass, and those who do often simply don’t get how to trim their writing down.

Play the “Can I cut this?” game. Read the script over thoroughly, scanning every single line, paragraph, every page, carefully. Take any sentence and challenge yourself: can I say the same thing in half the words? Or do I need the sentence at all? Every word must fight for its inclusion. Remember: white space is your friend.’

BIO: Jim Cirile is the founder and CEO of Coverage Ink, LLC, the screenplay analysis and development experts since 2002. He writes regularly about the biz for The Wrap and is also a writer, producer and musician. His animated horror film To Your Last Death, starring Morena Baccarin, Ray Wise and William Shatner has won 34 awards including Best Feature Film at Pasadena Film Festival 2020.

‘Pictures on the cover, argh.  It means that this writer isn’t entirely confident of their material, and/or that the words haven’t really done the job.’

BIO: Kate Leys is a story editor (Pin cushion, American Animals and Benjamin), and can be found at www.kateleys.co.uk 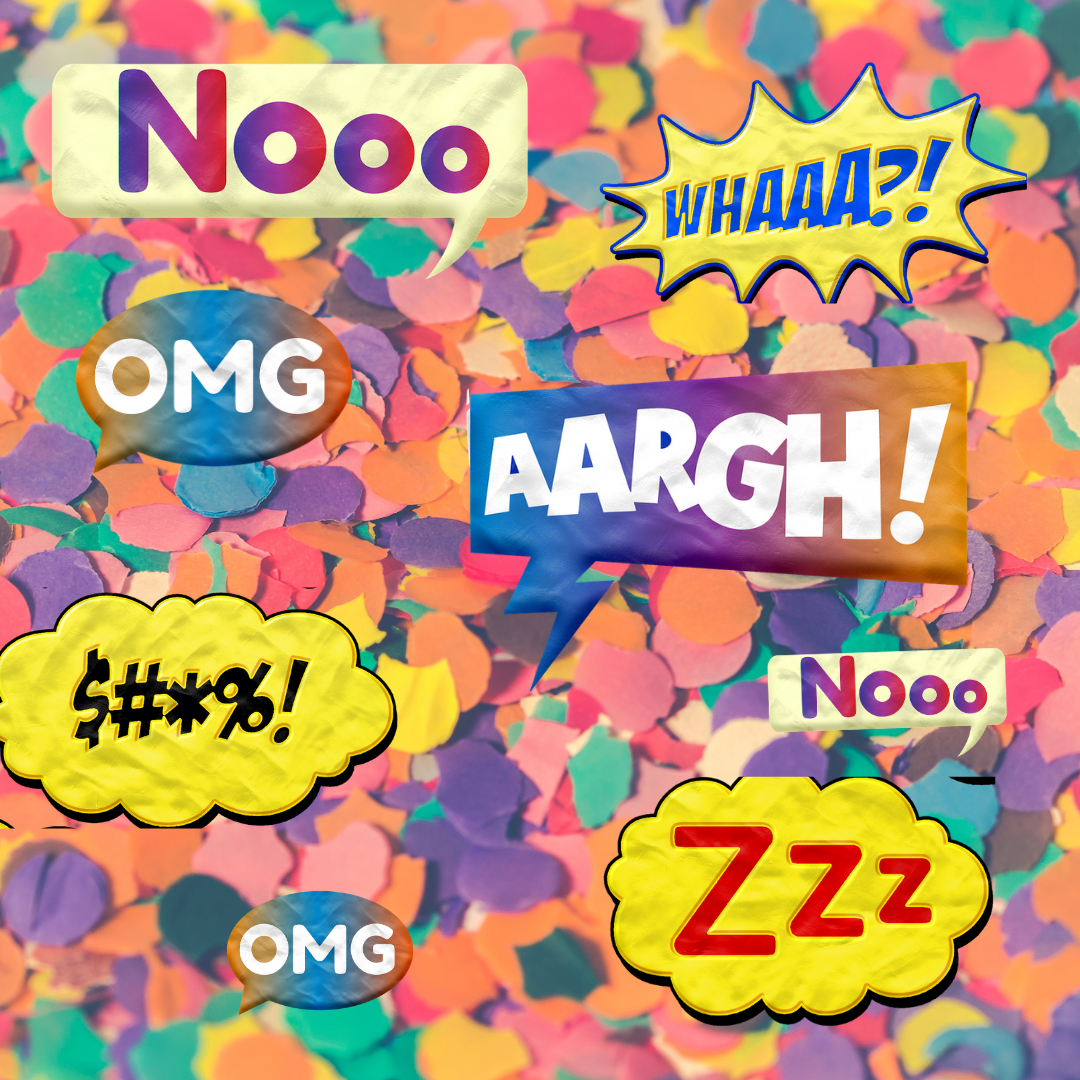 ‘I think the most useful thing for writers is to not compare themselves to the authors we would call ‘category killers’ like Dan Brown or Marian Keyes or Sophie Kinsella or Gail Honeyman. That type of success is such an outlier that it simply isn’t helpful for us in commercial or creative terms.’

‘My #1 Pet Peeve without a doubt is books that start with the main character getting out of bed in the morning. You wouldn’t believe how many submissions start that way and it’s so boring – we’ve all got out of bed tens of thousands of times in our lives, we know what it’s like!’

BIO: Hattie is an agent at The Blair Partnership, representing women’s fiction, crime and thriller and non-fiction. Read more about what she’s looking for, HERE.

‘Being cute’ – shoving in pictures, quotes and goofing around with presentation. A great story will always shine through, and I do think formatting is sometimes massively overstated in terms of how much it can impact a submission’s chances. That said, doing this will create a bad first impression, as you’re not letting the writing speak for itself, and are just bloating page count for no real reason. It’s not clever or unique, it’s pointless. If you need to chuck in grainy JPEGs to show me something or ‘set the mood’, clearly, your action lines need a lot of work.’

BIO: Abel Diaz is a screenwriter and reader for Lime Pictures (Hollyoaks) and formerly Big Light (Medici). He has written for the award-winning CBeebies series PABLO, and is developing a horror series for Free@LastTV (Sky’s Agatha Raisin).

If I add any more I will come across as unsupportive and miserable, so I will stop at 4 pet peeves.

B2W’s next eCourse, The Submissions Secrets Bootcamp, runs twice a year. If you’re interested, then join bang2write.teachable.com and make sure you keep your notifications turned ON to be notified when the course launches next!

The course takes place LIVE on Zoom so will be accessible from anywhere (it will be recorded too for anyone who can’t/ doesn’t want to attend the trainings live). There’s also a treasure trove of B2W resources including eGuides, templates, checklists and a stack of great bonuses too.

CLICK HERE to join B2W on Teachable or on any of the pics in this article. Take Submissions Secrets and identify your  goals, create a submissions strategy and get your writing in front of the people who matter in 2021, plus NEVER fall foul of others’ submissions pet peeves ever again!