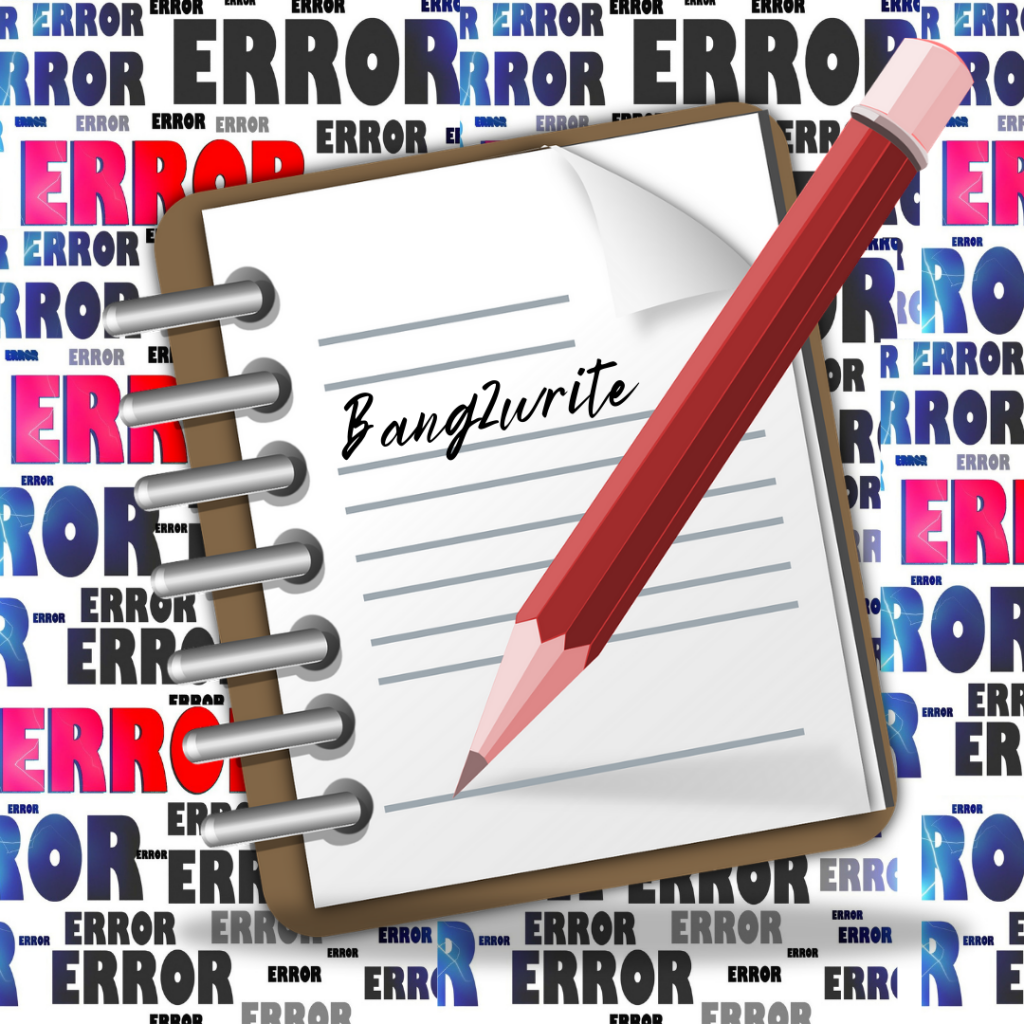 All About Grammar Mistakes

There’s one thing that stands in the way standing in the way of great content: grammar mistakes.

We can all attest to reading badly written content. Sometimes it leaves us wondering whether they even passed their English exams at all.

Of course, we all make grammar mistakes. No writer is perfect, plus we don’t need to be total purists to write flawless content.

That said, you can transform your writing skills by becoming aware of the most common grammar mistakes. Not only will you save time proofreading, but the content readability will improve. Plus, you can engage with your target audience more effectively.

So without further ado, let’s explore the top 5 grammar catastrophes most writers will experience

This is perhaps the most common issue facing writers. A passive voice is where the subject within a sentence has an action done to it. Whereas, a sentence with an active voice contains a subject performing an action.

For example, here’s an active sentence …

“My brother drives the car.”

The subject is placed at the beginning (“My brother”) and is performing an action (“drives”) with an object (“the car).

In a passive way, it would sound like this …

“The car is being driven by my brother.”

The object (“the car”) is having an action performed (“being driven”) by the subject (“my brother”). This sentence is slightly more convoluted compared to the active voice example.

Although a grammar checker can help highlight passive sentences, it’s best to get into the habit of identifying the passive voice as you write.

Of course, there’s nothing wrong when writing with a passive voice per se. However, your writing will have more energy and flare by using the active voice.

Shifts in tense occur when writers start a sentence in the present tense and suddenly change to the past tense, or vice versa.

Incorrect: “Then the receptionist pointed to the notice on the wall and says ‘we only accept card payments’.”

Correct: “Then the receptionist pointed to the notice on the wall and said ‘we only accept card payments’.”

Depending on the style of writing you’re aiming for, you should avoid mixing tenses and stick to the same throughout a sentence or paragraph.

A tautology is when you use consecutive words that convey the same idea. You may know them as ‘redundant phrasing’. For example …

“Sarah made the hat herself.”

The word “herself” doesn’t provide any more context than simply saying “Sarah made the hat”.

“Why does he over-exaggerate?”

“In my opinion, I think Michael got it wrong.”

In our spoken word, we frequently use tautologies without knowing it. But when it comes to the written word, it’s best to avoid them. Tautologies can make your sentences bulkier and disrupt the flow of reading. 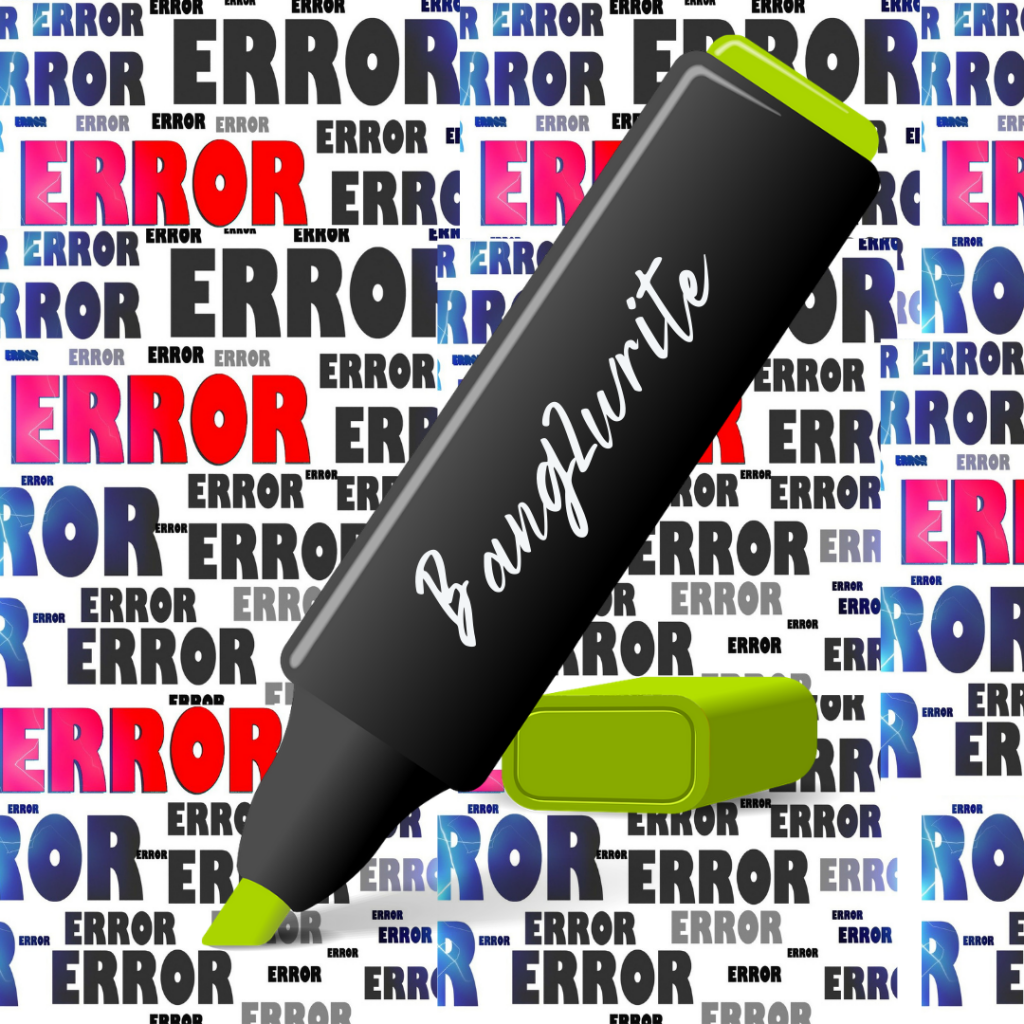 Every verb used in a sentence must align with the subject (similar to how nouns have corresponding pronouns).

A singular subject should have a singular verb. The same rule applies with plural subjects and plural verbs.

Incorrect: “The jar of biscuits are full.”

Correct: “The jar of biscuits is full.”

Whilst the above example is fairly obvious, sometimes it’s easy to forget what the subject of a sentence actually is. So, when a sentence contains modifiers after a subject, make sure the verb pertains to the subject.

Incorrect: “The lifeguard, as well as the swimmers, are enjoying the glorious sunshine.”

Correct: “The lifeguard, as well as the swimmers, is enjoying the glorious sunshine.”

The lifeguard is the singular subject and therefore a singular verb has to be used to make sense.

A modifier is a descriptive word, phrase or clause that doesn’t align with the noun that immediately follows it. A dangling modifier is when the subject is missing from a phrase, resulting in an unintended meaning. For example …

Incorrect: “After a heavy workout in gym, the sauna is relaxing.”

Of course, the sauna is not the one relaxing in this scenario. The subject needs to be stated for it to make sense. Therefore, the correct sentence is …

Correct: “After a heavy workout in the gym, Josh relaxes in the sauna.”

Furthermore, a misplaced modifier is when the modifying phrase is stated separately from its subject.

Incorrect: “Josh saw a deer on the way to the gym.”

Well, there’s no way a deer is making its way to a gym. So, let’s rearrange this sentence …

Correct: “On the way to the gym, Josh saw a deer.”

This article only covers 5 common grammar mistakes … There’s no doubt you’ll be able to add more! So, tell us what your top 5 all time grammar blunders are in the comments.