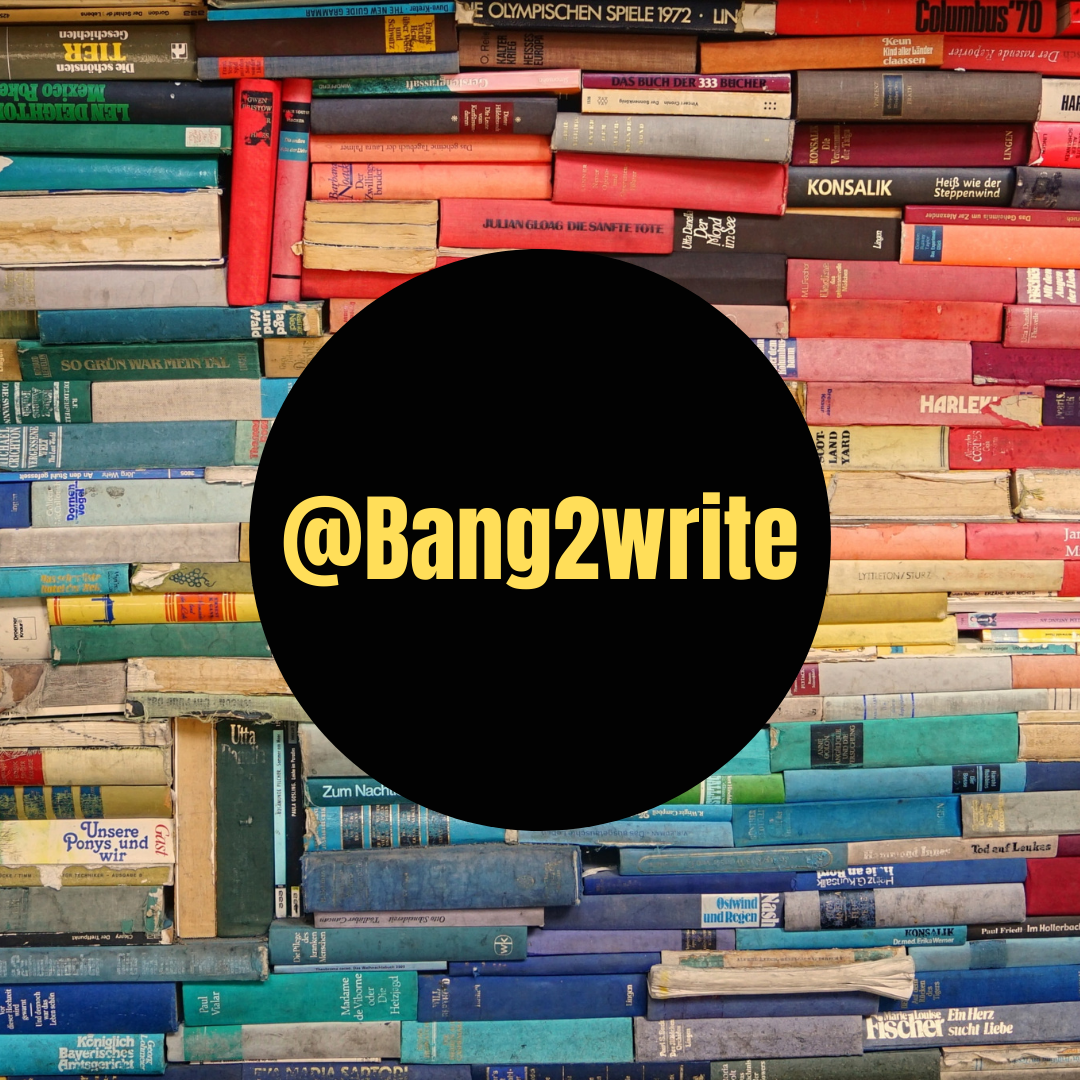 Not ALL Male Writers

From my time as a script reader, I’d venture there’s no correlation between gender and talent of writers. This obviously means there will be GREAT writers who happen to be female … But it ALSO means a female writer will not automatically write a great female character too. No one knows where talent comes from, after all.

It’s no wonder female readers and audiences are peed off. Check out some of THESE  … 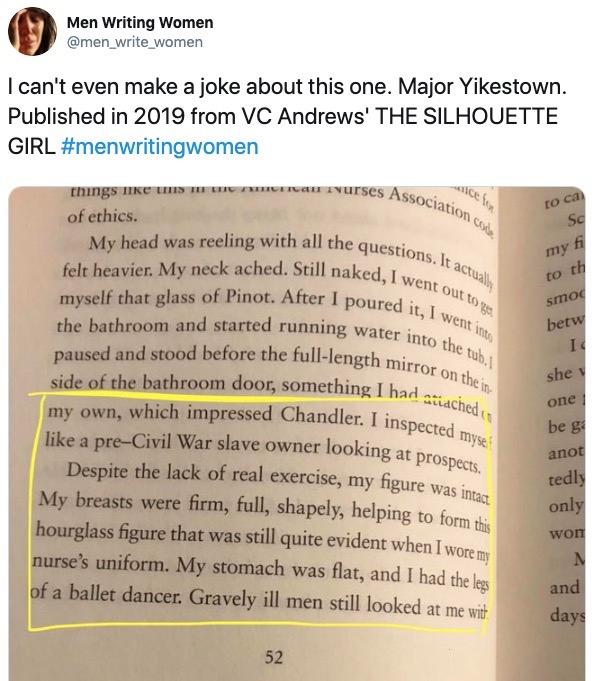 Bonus Whorephobia On This One … ACK. 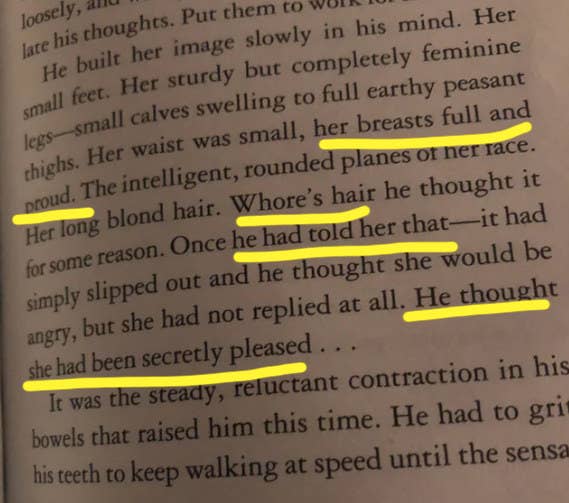 Another prize-winning book that paints women as exotic and docile objects … Also why is he thinking about himself as her father?? 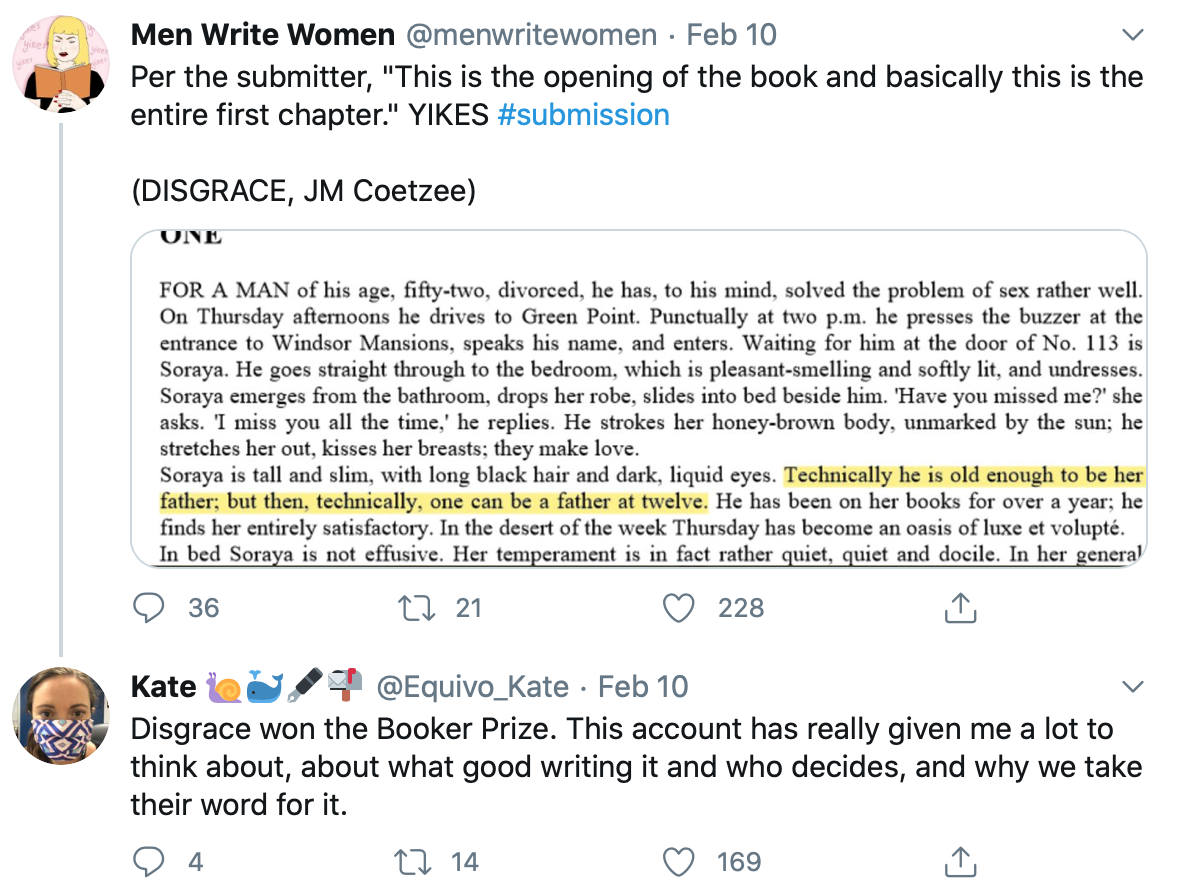 Not enough for you? Then check out THESE ONES too. Le yikes!

Look, the books that get pilloried on social media because they contain this type of stuff may otherwise be great books. I don’t know, because I haven’t read them. Am I likely to read them? Well, I love reading and read anything between 40 and 60 books a year FOR FUN (many more for work). What’s more, as a female bookworm aged 35-55, I am SLAP BANG RIGHT IN THE MIDDLE of most books’ target audience.

But I will admit that bad description of female characters does give me pause. It’s the same for many other female readers (and audiences, for movies and TV). So far from ‘ganging up’ on male writers, female readers just want decent representation as standard, like male characters. That’s all this is.

All About Emotional Truth

Every time male writers come up with a duff description for a female character, there’s lots of calls to ‘stop’ men from writing. 99.999999999% are tongue in cheek, though it’s not difficult to see the frustrations behind these calls.

It used to be that accuracy was the most celebrated element of writing craft … These days, I’d wager it’s authenticity or what B2W calls ’emotional truth’. When writers get pilloried on social media for stuff like the female character descriptions here, it’s because their writing is seen as inauthentic.

In other words, if you want your writing to be considered ‘good’? You need to get audiences and readers to connect emotionally with your characters; journeys. It’s seen as the pinnacle of good writing in 2020.

About ‘Own Voices’ Pieces

‘Own voices’ pieces can be a very powerful antidote to the above. These pieces can mine emotional truth based on direct experience. This may include (but is not limited to) …

This has lead some commentators to suggest ‘own voices’ pieces are the ONLY real stories with emotional truth. Some commentators have also suggested that to write ‘outside’ one’s experience is cultural appropriation.

To avoid the above, this in turn has prompted some creatives to claim heritage others say is not theirs. Here are some examples …

I have sympathy with the idea of cultural appropriation, especially when creatives fake it for bonus points or to get jobs. I can also totally understand why some marginalised people give certain writers side-eye for writing stuff ‘outside’ their experience, especially when it comes to race. WAY too many stories have been hijacked by dominant voices and that is not cool.

However, I ultimately disagree with the idea ‘own voices’ pieces are the ONLY way of achieving emotional truth in writing. I will go into why, next. 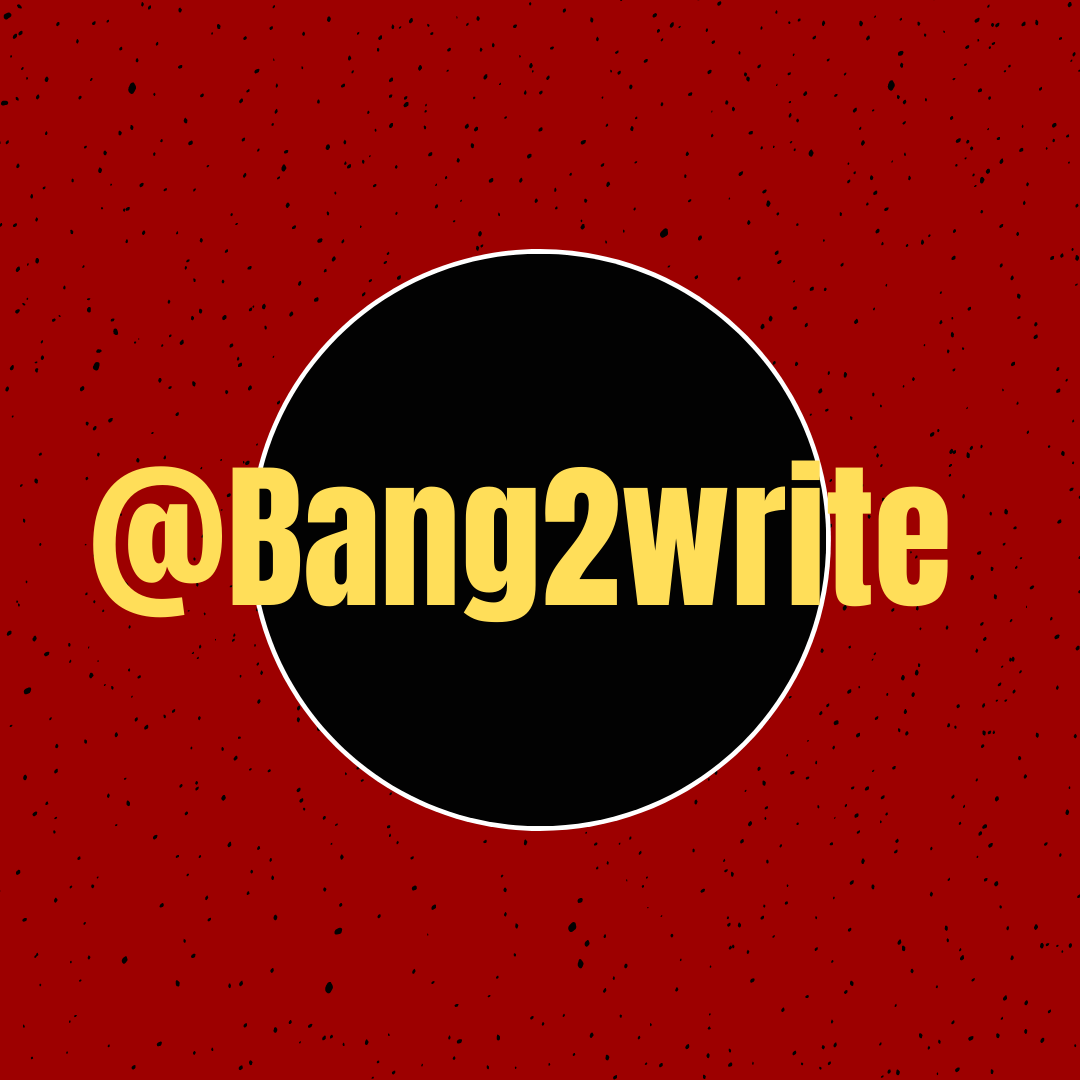 Write What We Know?

I believe men CAN write great female characters and can think of dozens I have related to and found authentic and relevant. Also, there are big problems with supposing we NEED experience and must ‘write what we know’ …

The notion of ‘own voices’ being the ONLY possible way of achieving emotional truth is well-intentioned, but too literal. Since this is the creative arts, being literal rarely delivers the results we hope for.

How GOOD Is The Story?

That said, there ARE experiences women have that men simply don’t … We live in hierarchal world. There are certain roles and occurrences that happen to women that don’t happen to men and vice versa. These in turn may vary according to things like status, country, culture/subculture, health, family/kids, religion, language, you name it.

In other words, even male writers who write women well are not women themselves.

This means that although they may be meticulous about their research, male writers cannot think of all possible angles without that direct experience. Because of this, a publisher, agent or producer may prefer to hire a female writer to get ‘straight to the heart of the character’ if you like.

This doesn’t mean those male writers are being ‘excluded’ … Nor does it mean they are bad at writing female characters in comparison to female writers. It just means they are not women, so lack that direct experience the industry pro is seeking.

So of course male writers can write brilliant female characters … but they can’t access an ‘own voices’ story because they are not women. This doesn’t denigrate their talent in any way, nor are they being wilfully excluded.

It just means that industry pro wants to work on an ‘own voices’ piece with a female writer this time.

What’s more, the above applies to ANY writer who doesn’t have direct experience of what they’re writing about. You may be a great writer … but if someone wants an ‘own voices’ story, that is what they should get. Don’t ever fake it, because you will be found out. 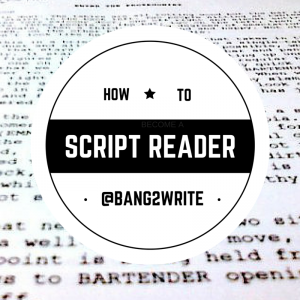 My course with LondonSWF, BREAKING INTO SCRIPT READING is running on Zoom again. This course is perfect not only for wannabe script readers, but savvy writers who want to know how script readers work. Can you afford to miss out??

CLICK HERE for full details of the next course (or on the pic on the right), including feedback from past delegates. We expect it to sell out again, so act now to avoid disappointment. See you there!!!