Dorothy Koomson: ‘No one Is Being Censored or Stopped From Writing’

Dorothy Koomson is a British novelist who has been described as “Britain’s biggest selling black author of adult fiction”. She’s also the writer of a whopping sixteen books! CHECK OUT HER WEBSITE.

I think I’ve read a good chunk of Dorothy’s books (my faves are The Ice Cream Girls and The Brighton Mermaid). I was thrilled when she agreed to chat to B2W about writing. Check out her top tips for writers!

Dorothy calls her books ‘emotional thrillers’. The crime is secondary – it’s more about HOW the crime affects the characters.

‘So many whodunnits are all about detecting the crime,’ Dorothy says, ‘From my first one, The Ice Cream Girls, mine focus on who is touched by that crime, how their lives are altered by it and how the crime ripples outwards to everyone around them.’

As a crime author myself, I can really relate to Dorothy, here. I am much more interested in the effects of crime on my characters, too. A lot of people feel the same way. The so-called ‘domestic noir’ thriller, populated by an array of complex female characters in a variety of role functions is exceptionally popular, with some industry pros calling it ‘The Gone Girl Effect’.

But Dorothy also makes a great point here that relates to ALL genres and mediums, too. Modern audiences are very demanding of what B2W calls ‘emotional truth’. I define this as ‘The part of the story that values the honesty and integrity of emotion, via authenticity, passion and pain.’

This means a story has to FEEL ‘real’ somehow … but note authenticity doesn’t necessarily have to equal stringent accuracy!

TOP TIP: Whether we’re writing genre or literary fiction, high concept blockbusters, low budget character-led dramas or something in-between, authors and screenwriters always do well when they focus on emotion and authenticity.

MORE: How To Write With Emotional Truth

2) You Must Find Out What You Don’t Know 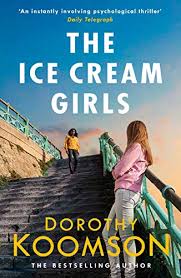 But what does authenticity and emotional truth really mean? I find as a script editor that some writers don’t interrogate their stories and characters enough.

Dorothy has noticed this, too. ‘Some writers find that when a lot of people have enjoyed a story, they’re under pressure to repeat it. To tell the same story again in a different way, rather than looking at each story separately. You know, breaking down the story, seeing where it’s come from.’

This notion of ‘breaking down’ a story and working out where its components have come from is a really valuable tip. Sometimes we get so excited about writing our story, we don’t realise we’ve shoved some questionable ideas in there. We might even end up rehashing samey stories or recycling toxic tropes and damaging myths and stereotypes by accident.

‘In The Ice Cream Girls, when I broke down the story to where it came from, it became about abusive relationships,’ Dorothy says, ‘I thought I knew about them and how they worked. Then I found out I DIDN’T know what I thought I did. I had to really challenge my preconceptions.’

TOP TIP: We have to figure out what we DON’T know. We can only do this by road testing our ideas. We also need to dig deep and do our research!

There’s a lot of talk on the internet about writers being ‘stopped’ from writing about certain things. Dorothy disagrees that this is the case, saying:

‘No one is being ‘censored’ or being stopped from writing whatever they want to write about … What those complaining mean is, there are consequences now for the things you do when there didn’t use to be; there can be justifiable anger if you simply regurgitate stereotypes and tropes.’

Lots of Bang2writers say they want to write diverse characters from a variety of backgrounds and communities. However, lots of them don’t because they are afraid of ‘getting it wrong’. They see Twitter outrage and internet pile-ons and shy away. But there are some solutions.

‘Write what you like, no one is going to stop you, but you could try speaking to people who have lived that experience before you start,’ Dorothy says. ‘But don’t just rely on ONE experience. Stereotypes get replicated when you think one person from that community represents the experiences and views for everyone in that group.’

TOP TIP: With authenticity and emotional truth so important, writers need to do their due diligence when writing about characters, backgrounds and POVs that are unlike their own. 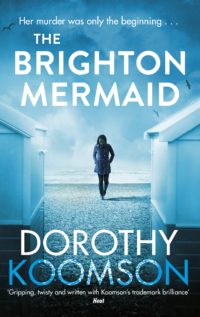 Agents, publishers, producers, script editors and filmmakers want to find fresh new voices. In searching for these, they will often ask writers what their motivations are for wanting to tell a particular story. This most often becomes the question, ‘Why this story’ (though B2W also asks ‘Why this character?’ too).

‘Ask yourself WHY,’ says Dorothy, ‘why do you want to tell this story, rather than say leaving it to the person who actually lived that experience? I’m not saying ask yourself if you are “qualified” to write the story, just … WHY?’

I often ask writers this, too. Very often I get a variation of the answer, ‘because I want to’. Whilst this is a perfectly valid starting point, it doesn’t dig deep enough (which in turn has a detrimental effect on a story’s potential emotional truth!).

Lots of Bang2writers say they don’t know how to quantify the ‘why’, so try these for size:

This will help you find your writer’s voice and ensure your story has authenticity and emotional truth.

TOP TIP: The best stories FEEL real … and we know what makes them feel like this, because we know our reasons for writing them. So make sure you know yours. 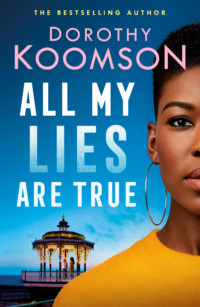 Dorothy is a big proponent for opening up the world to as wide a range of stories told by as many different types of people as possible. With this in mind, Dorothy and her publisher Headline recently launched the Find My Verity open casting call to find a new narrator for the audio edition of her eagerly awaited novel, All My Lies Are True.

A sequel to Dorothy’s 2010 book, The Ice Cream Girls, the call was to find a black actress to narrate her book’s protagonist Verity Gillmare. It’s a paid role and Dorothy explains the thinking behind the initiative …

‘I wanted to try and open some doors. Not just for the person who’ll be eventually chosen for the part, but for more unknown black actresses, as hopefully they’ll be kept on file at the publisher and will be considered for other projects in the future.’

We can’t all make a big splash, but we CAN all amplify marginalised creatives wherever we can. Nice one Dorothy!

TOP TIP: Consume stories by marginalised creatives, featuring diverse characters … AND recommend them to your friends and fans. Pass it on.

All My Lies Are True is out NOW … Here’s all Dorothy’s books again, happy reading!