Rethinking Masculinity: How To Write A Memorable Male Character 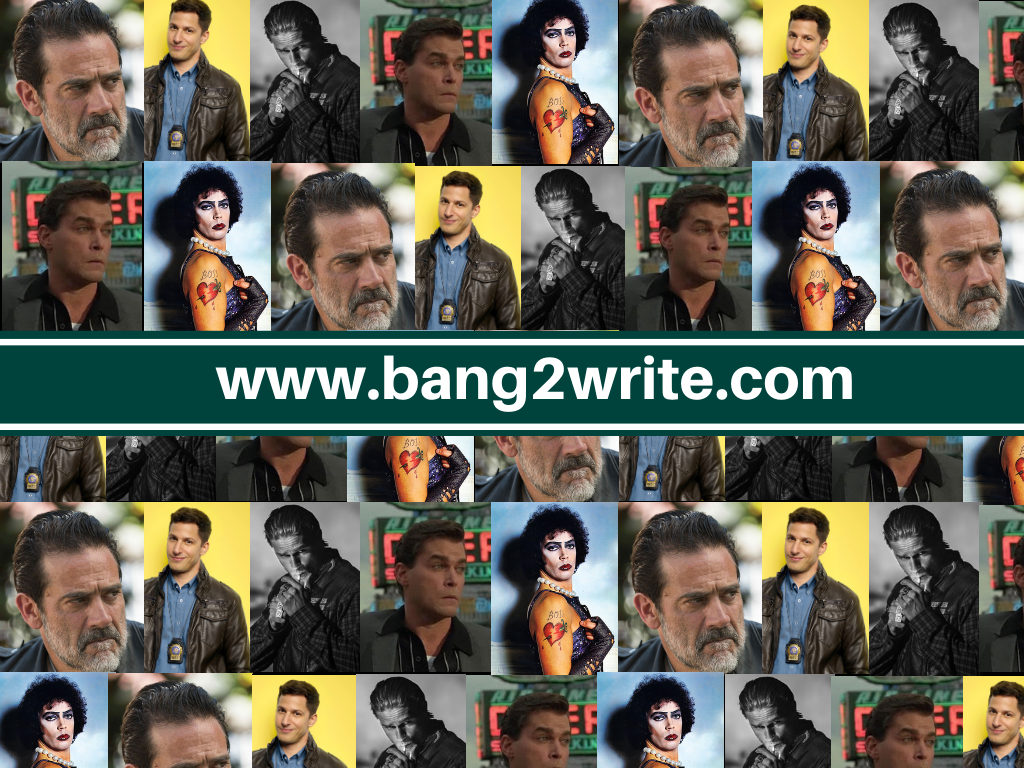 How Can A Character’s Masculinity Make Them Memorable?

We are hopefully moving to a world where the main characters are not male by default. But rather than limiting roles for men, this can make masculinity an important character trait.

Here are some Alpha Male-style protagonists and antagonists whose masculinity makes them both memorable and engaging. Let’s go … 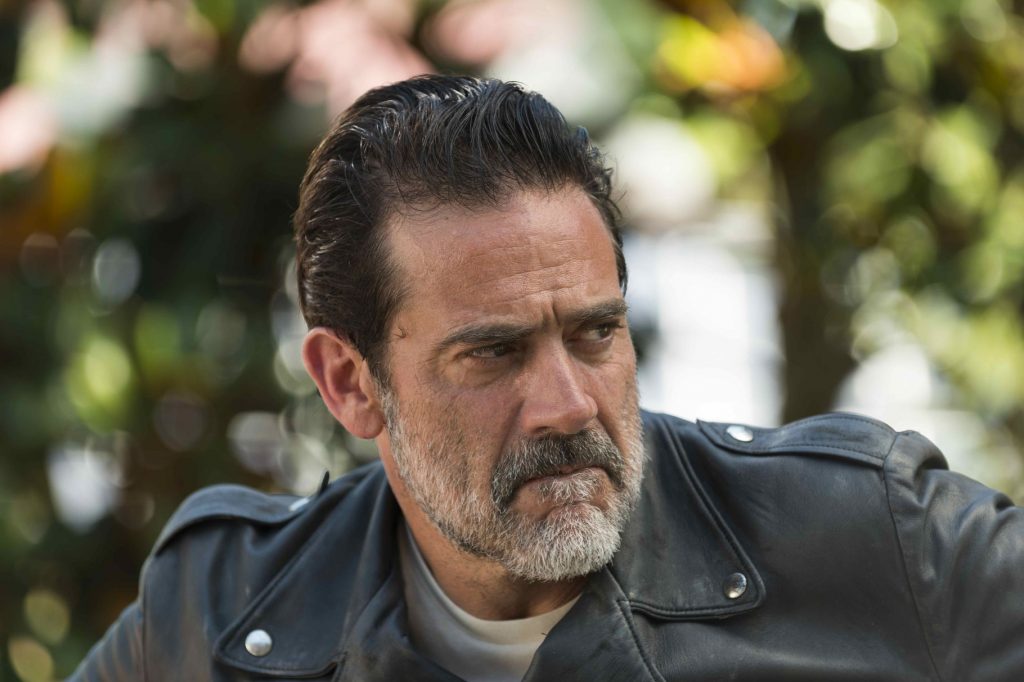 1) Negan from The Walking Dead

Negan is a sports teacher turned post-apocalyptic gang leader who sells himself as the great protector, even calling his group ‘The Saviours.’ He also  sets himself up as a playboy, with a harem of wives, and claiming whatever boys’ toys remain in a world of zombies. His dialogue constantly references his masculinity, harking back to his penis and testicles in much of his foul language.

However, this is not the whole truth of his character. Negan commits horrific acts, but swears his followers to a ban on sexual violence, is kind to an upset child, and cannot get over his deceased spouse. When a more humble Negan appears in the later series, it is his exaggerated male traits that have vanished.

At the same time, we have to accept his usefulness in an apocalyptic world. A key theme of The Walking Dead is that humans turn into monsters, and this extreme level of masculinity is Negan’s play to survive.

TOP TIP: Negan demonstrates you can make a character memorable by giving them stereotypical Alpha male traits which they refuse to apologise for. To see our favourite characters pushed around by someone so  brash is horrific, which is perfect for a horror programme. MORE: What Marvel Can Teach US About Writing Powerful Villains 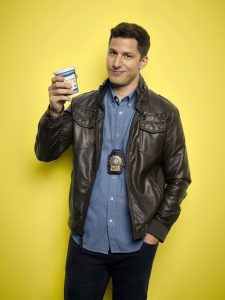 On paper, Jake sounds like he will be the villain of a modern show. He is a Die Hard worshipping New York police officer, inspired by the hard nosed detectives of the 1970s. Despite his professional genius, he goofs off at every possible moment, belittles his colleagues, and acts inappropriately in serious situations. Jake should get his comeuppance once per episode.

However, his decent side always wins through. He is a supportive team member who stands up for his work colleagues, never descends into slurs about race or gender, and always picks the side of good when it comes to the law.  He can adore a conservative old school cop, and still defend his gay captain, despite these being contradictory traits. Jake  is from a broken home, and his attempts at being a tough action hero are a defence mechanism rather than a reflection of his values.

TOP TIP: Jake demonstrates that you can have a character whose words do not sync with his actions. Peralta’s ever-changing outlook makes him deep, not poorly-written. This turns a seemingly goofy sitcom into something noble and dramatic.

3) Jax Teller from Sons Of Anarchy 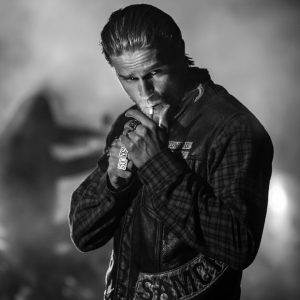 Hell’s Angel-type gang show Sons of Anarchy is a Petri dish of masculinity, told mostly through the eyes of Jax Teller. A key member of this group, he struggles between the desire to please and protect both the bikers and his family. On the one hand, he is born into a gang that demands loyalty, even if this means breaking the law. At the same time, he has an addict for an ex-wife, a poorly son to protect, and the knowledge his father never wanted him to be a part of a gang in the first place.

His masculinity demands that he must be both a protecting father figure and a loyal violent hoodlum. But he revels in being part of both. Teller is happy to be a tough guy for his crew, and a loving Dad to his family. Though it would be easier for him to pick one of them, he clings to both.

TOP TIP: Jax is fascinating because of his desire to support the separate parts of his life, despite the clashes between them. Jax has certain expectations of him as a man even if overall this makes his life more difficult. We as an audience relate to the tension of his story. MORE: Check out Jax’s badass mother, Gemma Teller 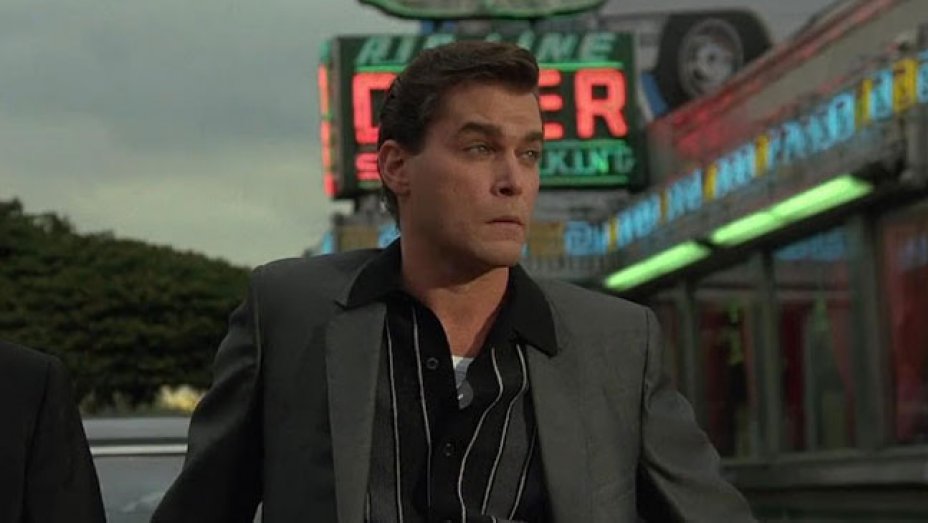 What is so interesting about Goodfellas is that the narration does not necessarily reflect what happens on screen. This is because Henry Hill, a sharp dressed psychotic gangster, is bewitched from childhood by the world of the ‘wise guys’ around him. He doesn’t care that they commit violent acts, wear tacky clothes, and break the law. All he has ever wanted to do is join this exclusive club of men. From a small boy to middle age, we see him achieve this fantasy, until he has to choose whether or not to betray them.

This makes Hill engaging because we cannot trust what he is telling us. His voiceover makes light of death threats, justifies his existence as a lawbreaker, and paints gangsters as like a family rather than criminals. Hill’s dichotomy between what he thinks being a ‘wise guy’ is, and the truth of his life that sets the movie apart.

TOP TIP:   An unreliable narrator is a well-used trope, but here reliability is sacrificed at the altar of masculinity. If you can subvert their interaction with the viewer, this can lead to a whole new depth to your writing. 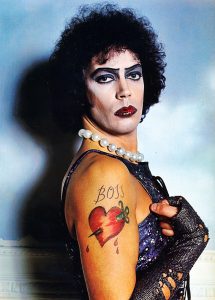 Although there are clear archetypes and stereotypes when creating characters, masculinity is not a tickbox. A man can be whatever he wants to be. Dr Frank N Furter is a perfect example of this. Mad scientist, transvestite, bisexual, cannibal, theatre producer, castle owner and serial romanticist, he refuses to define his personality. One of the film’s musical numbers is a song focused around the words ‘don’t dream here, be here.’ Frank shows us that if we have any inner desires, these go far beyond any concept of gender.

Frank is not a pariah for choosing his own lifestyle. Everyone from stuffy glasses-wearers to hard-living teddy boys fall for his charms. You can be your own man, even if it is like no man the universe has ever seen.

TOP TIP: Frank demonstrates that everything I have explored about masculinity can be thrown in the bin, if you write a memorable enough character. Instead, it becomes much more about the reasons for making your characters how they are. MORE: Top 10 Diverse Male Characters In Movies & TV

Many of these characters hide behind or embrace certain traditional masculine traits. They all have a side they want to show to society, whether this is a rejection or acceptance of the norm. But this may be very different to what they feel on the inside. All emphasise the importance of considering why your character is male. When done thoughtfully, this can bring a whole new thrust to your narrative.

BIO: Dylan Spicer is a graduate of Brighton Film School and went on to complete an MA in Creative Writing at Bath Spa University. Amongst various projects he has created an online audio drama about a hidden tale in Homer’s Odyssey, and is currently working on The Butter Mouse, a flash fiction blog that mixes writing, video, photos, cocktail recipes and more to tell an ongoing story. You can find him on Twitter @DylanSpicer.