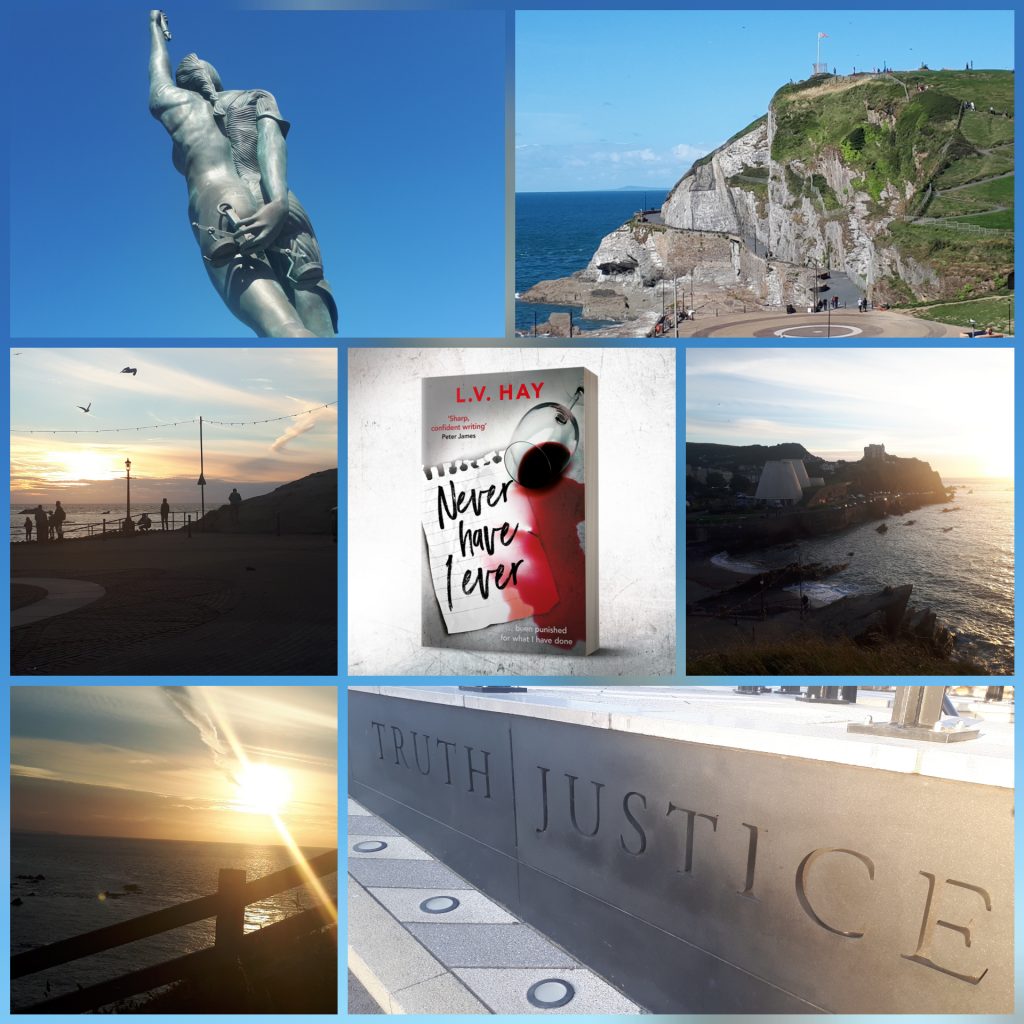 If you type the word ‘storyworld’ into Google, the results are not great. But it’s a word I like to use with writers, because the notion can prove very illuminating in discussing how stories hang together. So, let’s agree the definition of ‘storyworld’ as …

‘The space in which the story operates, which impacts directly on how it is told.’

With this in mind, let’s consider the top mistakes writers make with their storyworlds and how to approach it instead. Ready? Let’s go …

1) Thinking storyworld is only a sci fi / fantasy thing

Lots of writers believe paying attention to storyworld is only something sci fi and fantasy writers have to worry about. This is NOT true. Whilst there is an increased emphasis on storyworld in these two genres, ALL stories require a storyworld. More on this, next. MORE: 8 Mistakes That Will Kill Your Sci Fi Screenplay Dead

2) Not realising genre impacts on storyworld

If all this sounds obvious, that’s because is it is. However, spec screenplays and unpublished novels rarely play out the way I mention above.

This is because writers too often underestimate the importance of storyworld in differentiating the genres and types of stories. But how to do this? Check out the next section.

Setting is very important when it comes to storyworld. It refers most often to physical location, but can also include time periods, too. Here’s the lowdown …

So writers who think setting is ONLY about physical location are mistaken. Instead, storyworld is what I mention at the beginning of this article … that ‘space’ in which the story operates.

What this means will change according to the story being told, especially when it comes to genre (point 2) and thematics (point 5, below). Next up though: the ‘feel’ or ‘tone’ of the story. 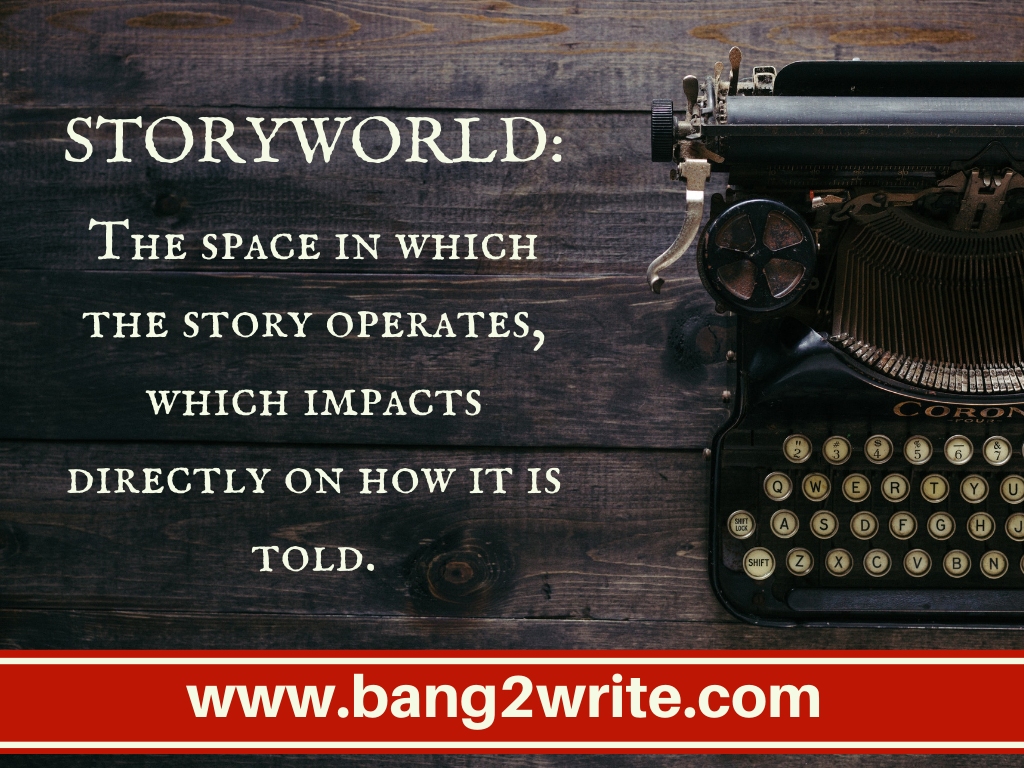 Every single story has its only ‘feel’ or ‘tone’, even when they are in the SAME genre. This is why various subgenres exist, for example in crime fiction …

By the way: yes, the same happens in screenwriting

Consider the many, many police procedurals on television … It’s very apparent how their feel/ tone changes, especially once we factor in genre and the TYPES of story they are …

i) Brooklyn 99 is a sitcom, so it needs to be funny

The show also what B2W calls ‘hyper real’, meaning literally anything can happen. It’s also very whimsical, with an emphasis on lighthearted and progressive humour. Those ‘cases of the week’ are a staple of the show, but its real emphasis is on the B99 team and their relationships in life and love.

We also invest heavily in the dynamics of the CSI team. That’s where its similarity to Brooklyn 99 ends, however! As a sixty minute (ish) show, CSI occupied a completely differently place in the TV schedule … and audience expectations shifted as a result.

Predominantly case-lead, CSI’s primary focus was not humour, nor were we especially interested in the characters outside their work (beyond some storylines). There was no whimsy to the show, with lots of its themes being rather dark and about the nature of culpability.

Within the franchise itself, there were tone changes too. CSI: Las Vegas was often the bloodiest, often focusing on flamboyant serial killers but also philosophical questions via its lead Gil Grissom about the nature of crime. In contrast, CSI: Miami was DELUXE HYPER REAL, with its lead Horatio Caine nothing more than an idealised action hero who will save us all from drug dealers and cartel enforcers. CSI: New York was different again, its lead Mack was an ex-Marine and very much the thinking man’s blue collar hero.

As you can see then, ‘feel of the piece’ is VERY important to storyworld!

Theme relates to the underlying ‘point’ or ‘message’ of the story … the subtext, if you like. You build theme into a story via what B2W calls ‘thematics’, which may be …

Oh would you look at that … STORYWORLD, in other words!

Let me illustrate by using my own writing as an example of thematics and how it works.

I mostly write crime fiction, specifically domestic noir (as already mentioned in section 3). Whilst I always set my stories ‘now’ time-wise, my feel/tone is always rather dark and angsty. I tend to write complex female leads that are not always ‘likeable‘. Basically, there’s nothing whimsical about my storyworlds!

I always invest very heavily in physical location. At the top of this post, you can see some pictures relating to my latest novel, Never Have I Ever. I tend to set my writing in seaside towns. Most of my stories are in places like Brighton and Devon. In this case, it’s Ilfracombe in North Devon.

I use these thematics to make a specific point throughout most of my work. My characters are outsiders, living on the fringes. They can’t ‘just’ call the police to solve their problems … Even if they did, a lot of the time, austerity in rural areas means police are overstretched and not available. I am calling forth themes of exclusion. I use storyworld to do this, overtly and on purpose.

Also, in the case of Never Have I Ever, I draw attention to themes of motherhood, justice and truth. I set the book in Ilfracombe because it’s home to Damien Hirst’s Verity statue, which is also symbolic of all these things.

6) What is possible in this storyworld?

Finally, remember the dreaded ‘plot hole’. Lots of laypeople don’t understand what these truly are. They call events that wouldn’t happen in real life, or even just stuff they don’t like, ‘plot holes’ but this is BS.

A real plot hole is basically something that COULD NEVER HAPPEN within the storyworld a writer has established from the offset.

In other words, we’re talking about Set Up/ Pay off. You need to set up the *possibility* of something inside your storyworld from the beginning, otherwise you’re cheating. Other than that, you’re golden. MORE: 3 Things You Need To Know About Plot Holes