Maurice Gran: ‘Comedy is a kind of genetic weirdness’ 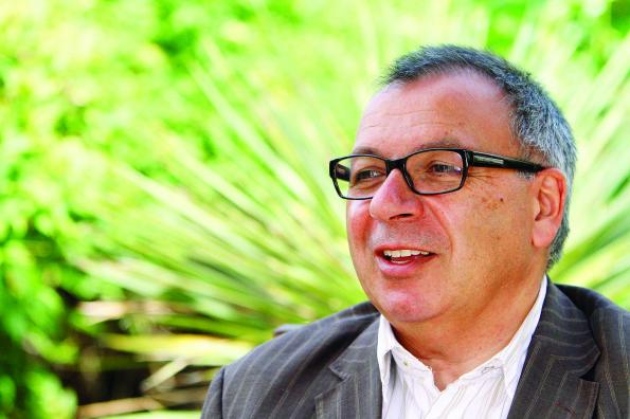 All About Maurice Gran

Maurice Gran is one half of scriptwriting duo Marks & Gran. The majority of Brit Bang2writers will no doubt know of him from such popular UK comedies as Shine On Harvey Moon, their breakthrough hit back in 1982. As they say, the rest was history … With such comedy classics as Birds of A Feather, The New Statesman, Love Hurts, Goodnight Sweetheart coming next.

But that’s not even the half of it! Maurice has also written a stack of other stuff for TV going back forty years, plus theatre as well. Check out more of his work, HERE on imdb and also via their website, www.marksandgran.com.

B2W always advocates asking veteran writers their thoughts on how writing works … With this in mind, I had a great chat with Maurice recently, where he shared his thoughts. Enjoy!

1) There Is No Special Secret To Writing

First up, I ask whether he thinks there is any particular secret to writing … The answer is a resounding NO …

‘People ask, ‘How do you write? ’I say, how do you breathe?’ Maurice says.

Simple, but true. I can relate to this … I have even ‘given up’ writing more than once but ended up back at it. I guess there really is no stopping some of us.

But Maurice has created so many hit shows, he must have some kind of knack or preferred starting point at least?

‘My method of creating a show is to think about it like it’s true.’  Maurice says. ‘I remember being out near Whitechapel with Laurence. He said, “Did you know, two minutes from here there are some streets where it could still be 1940?” I said, ‘That’s a show’.’

The show described is, of course, Goodnight Sweetheart. I remember watching this show as a kid. I loved the idea of a TV repair man, Gary, taking a wrong turn and ending up back to 1940s London.

But Maurice goes on to point out another issue: ‘Why would [Gary] go back to war torn 1940s London twice? What’s the appeal? It’s a fool’s errand. But the answer: there’s not enough to keep him in the present.’

Most of us will do whatever we can for the ones we love; why wouldn’t we travel through time too?

3) Comedy Must Be Funny

An obvious one … but this genre is harder than it looks. ‘Comedy is a kind of genetic weirdness,’ Maurice says, ‘lots of very fine writers can’t do it.’

There is a certain ‘je ne se quoi’ to comedy writing, so how can writers work on their craft? Back to Maurice: ‘Get your mates round, read it aloud. Test your work. The only way to know is to hear it.’ 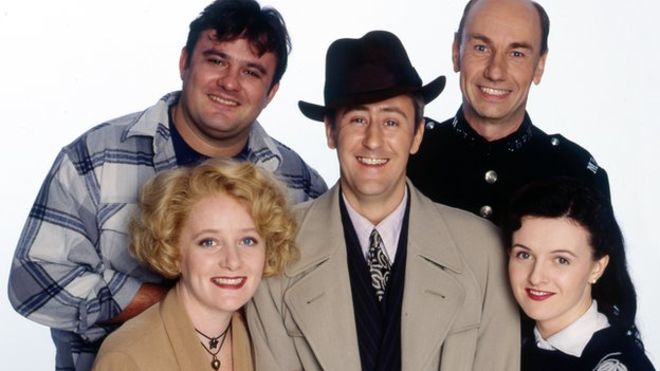 4) Comedy Must Be True

But how do we come up with great concepts? Authenticity is key in comedy … ‘It’s funny ‘cos it’s true’ is a good reminder.

The best comedies are rooted in truth. All the shows we love feel like they are populated by real people, in real predicaments. They make us wonder what WE would do those in those situations too.

‘If you’re not drawing from all around you, then what are you doing?’ Maurice asserts, ‘You can’t be funny at the expense of truth.’

Marks and Gran started in theatre in the 1970s. They each joined a writers’ group, where they had to write to various briefs and vote on one another’s work.

‘There would be these competitions in the group … Write something that’s 6-8 minutes, using a stepladder, a stuffed jackdaw and the line ‘I didn’t know you had one,’ Maurice says, ‘It was like an Oxbridge education for 5p a week, including coffee and a biscuit.’

When he and Laurence kept winning independently, they decided to form a duo. Now imagine both of them had stayed home … Instead, they got out there and honed their craft.

6) There Will Be False Starts

Maurice told me all about an exciting moment where he and Laurence got a meeting with the BBC … Then nothing else happened for THREE YEARS. It wasn’t until they got a referral from comedy legend Barry Took that things started happening for them.

So many Bang2writers contact me, delighted they have meetings … then again, crushed, when they hear nothing. Even though I remind them we are all playing the long game, they will still be despondent. Some will even give up altogether.

Yet no one has ever been catapulted to stardom from obscurity. Not even Marks & Gran. 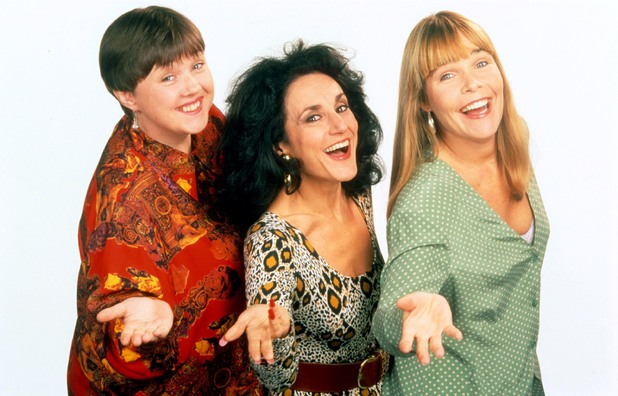 7) Working Hard Is A Must

Maurice outlined his week for me when he was running ALOMO, his production company, in the 90s. ‘Sunday, we were usually recording … Monday, it would be read-throughs. Tuesday, we’d be writing episodes, with more on Wednesdays. Thursdays would be for meetings. More writing on Fridays.’

I can so relate to this. Writing is a full-time job … and doesn’t just include writing!  There’s a feeling amongst many writers that if you love what you do, you never work a day in your life. But Maurice proves you do have to work a punishing schedule, nothing comes together easily.

You can LOVE writing, you can earn from it, but you will have to work for every penny and to see your vision on screen. That’s just the way it is! Writing is NOT a ’get rich quick’ scheme, no matter how much we wish it was.

There’s never a ‘right time’ to ditch the secure job and dive into professional writing. But sometimes, keeping writing as a side hustle means you can’t advance in your career as far as you could have if you’d gone all-in.

‘We decided we were destined to make it, so we gave up our day jobs.’ Maurice says, ‘Years later, we realised how barmy this was … but also, we needed to do justice to the opportunity.’

Too right! Sometimes, you just have to quit stalling and make that jump.