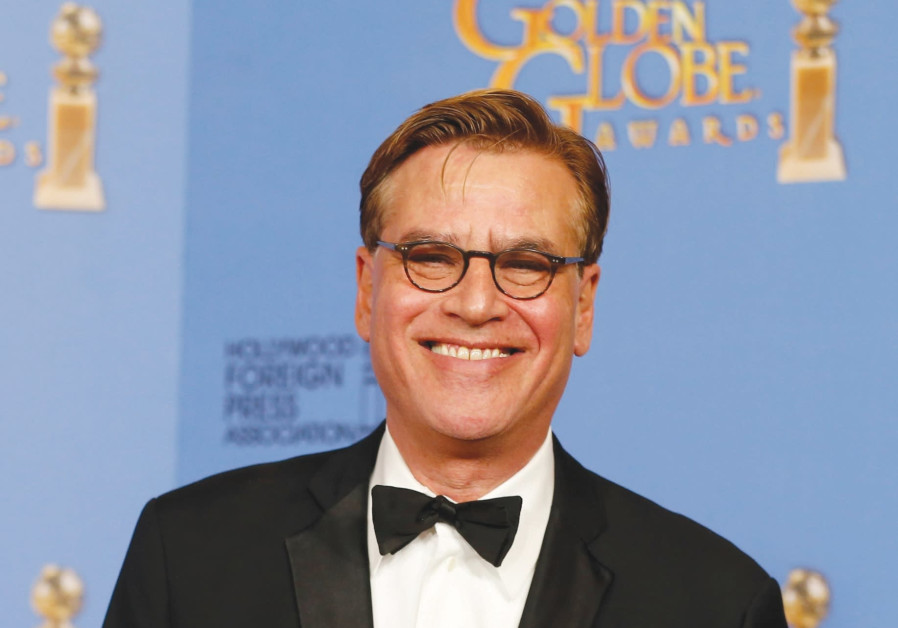 All About Aaron Sorkin

Aaron Sorkin has to be one of the most prolific and celebrated Hollywood screenwriters working today. Working in both television and movies, he’s been responsible for such classics as  A FEW GOOD MEN (‘You can’t handle the truth!’) and THE WEST WING (‘I don’t need a babysitter. Bitch, are you deaf?‘). He also won an Oscar for THE SOCIAL NETWORK for best adapted screenplay.

He’s also incredibly admired by Bang2writers … I have lost count of the number of times I have worked with writers who’ve said, ‘I want to write rapid-fire dialogue like Aaron Sorkin!’ With this in mind,I thought I’d round up some of his best quotes about the craft and process of writing … Let’s go!

1) ‘First scenes are super-important to me. I’ll spend months and months pacing and climbing the walls trying to come up with the first scene.’

Sorkin is bang on, here. HOW a story begins is so important. This is why B2W always goes on about writing great openers … This includes avoiding those same-old, same-old openers that make readers groan. Oh and avoid cliché wherever possible, but especially at the beginning!!

2) ‘Everything can be going well, but if I’m not writing, I’m not happy. When I’m writing well, I’m like a different person.’

I can relate so hard to this, doesn’t every writer? But it is a great reminder that however much writing is our vocation, if we’re pros, it’s also our JOB. We won’t enjoy every part, but we have to push on regardless.

3)  ‘I’m very physical. When I’m writing, I’m playing all the parts; I’m saying the lines out loud, and if I get excited about something – which doesn’t happen very often when I’m writing, but it’s the greatest feeling when it does – I’ll be out of the chair and walking around, and if I’m at home, I’ll find myself two blocks from my house.’

I find this interesting, because I am probably the opposite. I disappear ‘inside myself’. My kids have learned one of the best ways to get something they want is to ask me when I am writing … Because I am away with the fairies, the answer is always ‘yes’. Little sods!!

4) ‘Heroes in drama are people who try hard to reach a virtuous ideal. And whether they succeed or fail really doesn’t matter – it’s the trying that counts.’

Sorkin really nails it here. We know most stories will end ‘happily’ (whatever that means) … it’s the journey that counts. One of my favourite questions for Bang2writers when they pitch their stories to me is, ‘What if they fail?’ Then we can understand the stakes.

5) ‘I consider plot a necessary intrusion on what I really want to do, which is write snappy dialogue.’

We can file this under ‘No shit, Sherlock‘ – this guy is best known for his dialogue! That said (arf), it is worth remembering Sorkin is NOT ONLY good at dialogue. He is good at ALL OF IT. This is something writers often miss when trying to emulate him.

6) ‘Television is a visual medium. You have to create some kind of visual interest. And it’s entertainment for your eyes.’

Following on from point 6, Sorkin nails it again. Yes, it’s true television may be more ‘talky’ than film, but screenwriting is still a visual medium. Many screenwriters simply write chains of dialogue in their spec scripts and this just won’t cut it. We have to write visually!

7) ‘The rules are all in a sixty-four-page pamphlet by Aristotle called ‘Poetics.’ It was written almost three thousand years ago, but I promise you, if something is wrong with what you’re writing, you’ve probably broken one of Aristotle’s rules.’

There are lots of different ways to look at ‘writing rules’ (aka best practices) now. As I’ve posted on here before, I just love visual representations of plotting and structure. It really demystifies things.

That said, like Aaron Sorkin I am a big fan of Aristotle’s Poetics too … if it ain’t broke, don’t fix it! I always recommend Bang2writers read it, since most of how we understand storytelling today is based on it. To download an ebook copy for just 80p, CLICK HERE. 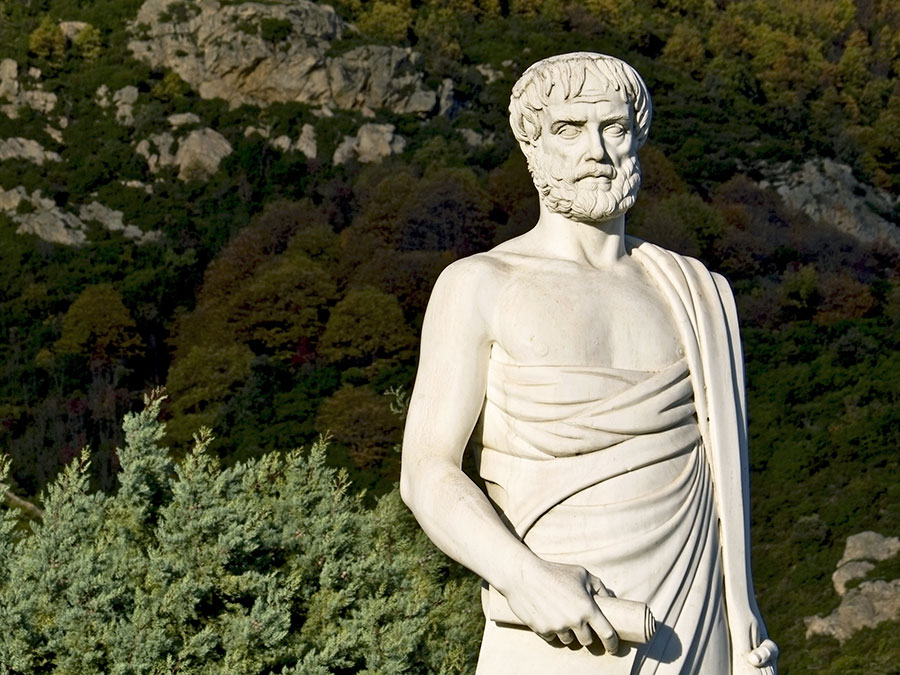 8) ‘The properties of people and the properties of character have almost nothing to do with each other. They really don’t. I know it seems like they do because we look alike, but people don’t speak in dialogue. Their lives don’t unfold in a series of scenes that form a narrative arc.’

Often writers will tell me, ‘But this really happened’ or ‘My best mate / spouse / sibling / kids / co-workers are like this.’ That’s not the point. Fiction is a representation of real life, NOT real life. This is why we have to be careful when writing true stories.

To make our stories compelling, we have to be able to suspend our disbelief. Of course it’s fine to sacrifice facts for drama, but we have to balance that with what our target audiences can get on board with. No one said it was easy!

9) ‘I love writing but hate starting. The page is awfully white, and it says, ‘You may have fooled some of the people some of the time, but those days are over … I’m not your agent, and I’m not your mommy; I’m a white piece of paper. You wanna dance with me?’ and I really, really don’t.’

Yup. Anyone who follows Bang2write on social media knows I complain about how much I ‘hate’ writing. The reality is, it’s starting I hate most, so I’m with Sorkin again.

Once I’ve begun, I’m usually okay as I get into the swing of it … But I would just about rather do ANYTHING than start, even clean stinky cat litter trays.

10) ‘Good writers borrow from other writers. Great writers steal from them outright.’

I’ve seen lots of writers get very upset about this quote from Sorkin. They believe he is advocating plagiarism.  I don’t believe he is … I see it as him playing tribute to the greats and their extraordinary influence that transcends decades, generations and even centuries.

Consider a movie like THE LION KING, which is based on Shakespeare’s Hamlet … Or a TV show like EMPIRE, which has its roots very clearly in Shakespeare’s King Lear. In fact, The Bard has been a foundation for countless fantastic works of writing and other things.

This is not ‘stealing’ so much as using previous works as a springboard for new ways of looking at the world. What’s not to like?

I agree here. The divisive nature of social media in particular means there’s a clamour of voices saying it’s one way OR the other … But this has never been my experience. The best stories reflect these shades of grey in my opinion.

12) ‘I had a lot of survival jobs. One was for the Witty Ditty singing-telegram company. I was in the red-and-white stripes with the straw boater hat and kazoo. Balloons. Even when you’re sleeping on a friend’s couch, you have to pay some kind of rent.’

I appreciate Sorkin sharing his personal story here. Lots of Bang2writers believe it’s somehow too late for them, because they’re over thirty, have day jobs, families and other commitments. But here is a powerful reminder from one of Hollywood’s most prolific writers that he started there too, doing menial jobs to survive.

13) ‘I do not speak through my characters; it’s not a ventriloquist act.’

In the age of Twitter (other platforms are available), frequently writers are considered to ‘be’ their work … ie. whatever subject they choose to write about, or characters they create. Whilst writers do sometimes make personal or political statements via their work, the assumption their self is automatically evident in their work has obvious problems.

For one thing, what if their work is ‘progressive’, but they are actually assholes in real life?? Also, what if they were only a writer-for-hire on that piece? Also, writing ‘bad’ characters is not by itself a malicious act … All stories need an antagonist of some kind! And so on.

Sounds like Sorkin is admitting to suffering from Writer’s Block here. Whilst it’s very fashionable online to say there’s ‘no such thing’, I think it’s often just the label that is being rejected. I don’t believe there is a single writer alive who hasn’t had issues getting words on the page. I know I have!

Good Luck With Your Projects!

2 thoughts on “Aaron Sorkin: ‘I Love Writing But Hate Starting’”