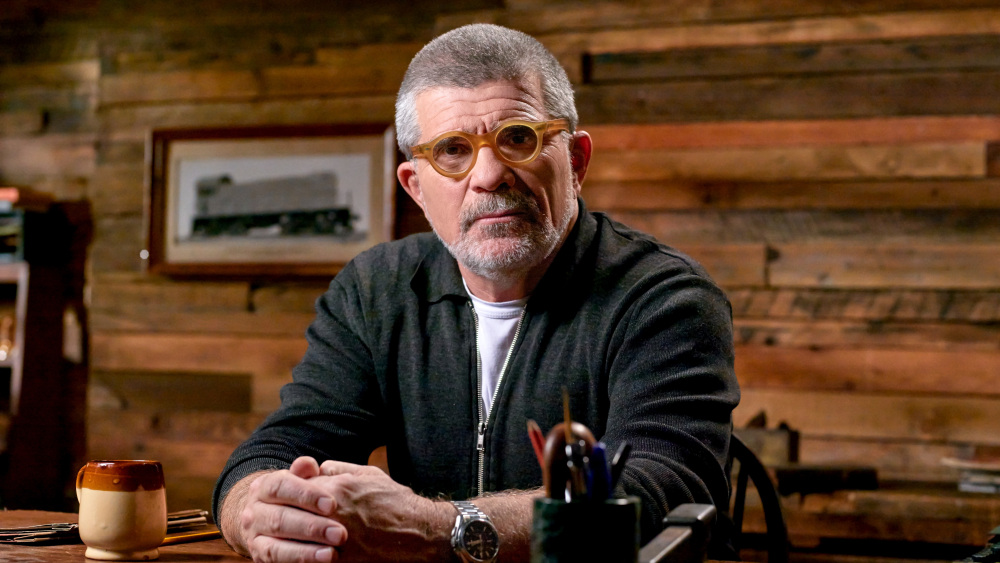 All About David Mamet

David Mamet is one of the most prolific and renowned writers working today. He has a resumé all Bang2writers would surely kill for, spanning the mediums from theatre, TV, film, books and radio.

Mamet is also shouty and sweary as hell, which means B2W obviously loves his writing advice! This post could be also titled ‘How Not To Write A Crock Of Shit, According To David Mamet’.

This is because he wrote a (very sweary) famous memo to writers of his TV show The Unit, way back in 2005. The TV landscape may be VERY different fourteen years on, but the pointers he employs are still BANG ON. Here’s why, plus what you can learn from him.

In Mamet’s famous memo, he asks his writers to differentiate between *drama* and ‘non-drama’. He admits that timing is a problem … TV shows (and all writing, to be honest) has only a small amount of time/space to ‘cram in a shitload of information’.

The worst thing any piece of writing can be is boring. Audiences get bored when writers focus too much on information than the story. Novelists talk about ‘info dumps’ in books and I think this is a great thing to think about when screenwriting too.

2) We Need To Know What Drama Truly IS

But what IS drama? Mamet breaks drama down as being the quest of the hero to overcome those things which prevent him or her from achieving ‘a specific, acute goal’.

Mamet also talks about the ‘job’ of the writers here. He is very clear it is not the actors’ job to be ‘dramatic’, but OURS, as storytellers. Mamet also asserts the job of the dramatist is to make the audience wonder and be interested in what happens next. (He also says we must not to explain to them what just happened, or to even suggest to them what happens next).

So, when it comes to what drama truly *is* … Our protagonists must want something and obstacles must get in their way as they try and achieve this. We must keep this in mind at all times.

3) Every Single Scene MUST Advance The Plot — Or ELSE!

We all know our protagonists must want something, the ‘why’ … Stories become boring then when the HOW is poorly executed. This includes every individual scene as well as the narrative as a whole.

A scene must be dramatic, must be essential and must advance the plot. It’s not all three? Rewrite it.

TOP TIP: Individual scenes must advance the plot by adding to the narrative as a whole. MORE: Top 5 Mistakes Writers Make Writing Scenes 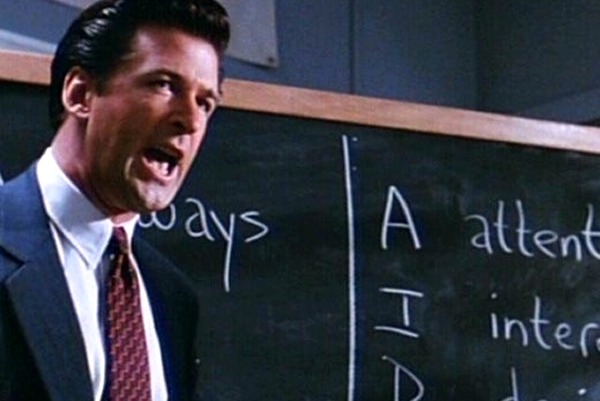 4) Remember We Are Writing A Visual Medium

Mamet suggests that all screenwriters ‘should think like a filmmaker … what you write, they will shoot.’

I love this, because screenwriters frequently forget they are writing for a visual medium.  As a script reader, I read so many spec screenplays that concentrate waaaaaaaay too much on acres of dialogue.

But as he also says, we CAN train ourselves to do it … But we need to START.

Like Mamet, I have said for years on this site there’s too much dialogue in the average spec script. This is why I love this simple tip from his memo so much:

‘If you pretend the characters can’t speak, and write a silent movie, you will be writing great drama.’

Depriving ourselves of what Mamet calls ‘the crutch of narration’ will force us to work in a new medium … PICTURES!

TOP TIP: Make your characters earn the right to speak. MORE: DANGER – Why Dialogue Is Killing Your Screenplay

Finally, probably my favourite sweary tip of all! But what qualifies as a ‘crock of shit’?

10 thoughts on “In The Spotlight: David Mamet’s Top 5 Writing Rules”