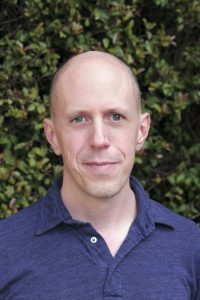 Last week in Los Angeles, about 100 screenwriters gathered in a Hollywood penthouse bar to celebrate the latest update to screenwriting software Highland. The Mac-based app was created by BIG FISH, CHARLIE AND THE CHOCOLATE FACTORY, and ALADDIN screenwriter John August.

Highland counts Hollywood heavyweights among its fans, including Michael Chabon who said: “It is truly such a beautiful app. I have more genuine affection for it than almost any other: the way you love a favorite hand tool or kitchen knife.”

So, what makes this app so intriguing? A few things …

1) It was created by a professional screenwriter

Many of the other standard screenwriting apps were developed by people who were certainly connected to the film industry, but who weren’t necessarily doing the writing for it. Highland’s creator John August is singularly committed to his career as a screenwriter and author first and foremost.

The background of the developers of the other writing apps obviously don’t make their products bad. However, Highland has a specific origin story that creates a connection to screenwriters that other apps may not have. MORE: Which Screenwriting Software Is The Best? 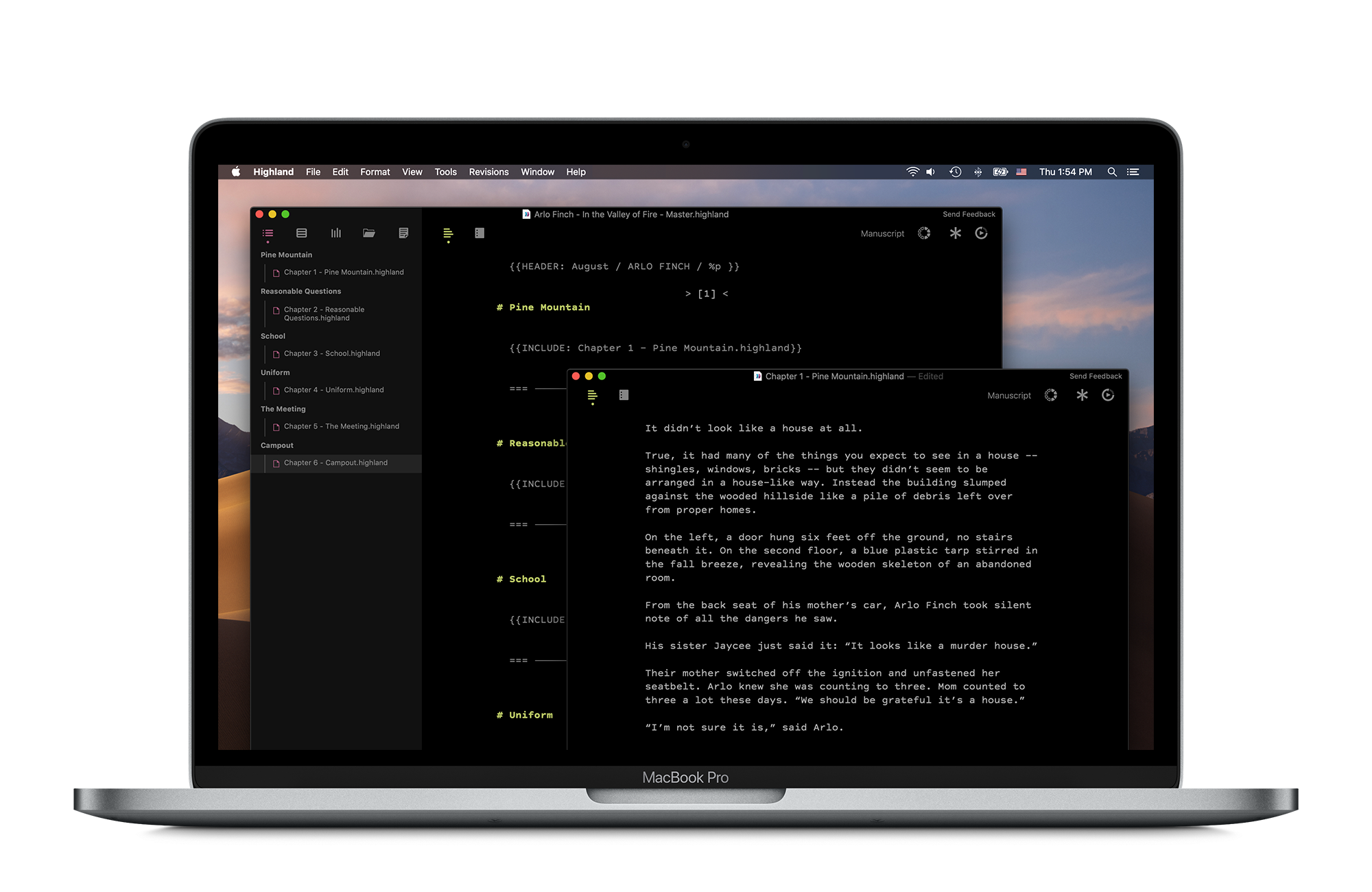 2) It was created with writer personal struggles in mind

Because August spends so much of his career writing, he was able to add features that speak specifically to certain personal writing challenges. When asked what his biggest screenwriting struggle is, August said:

“I think the greatest barrier I’ve always faced as a writer is just starting…Like all of us, I can just procrastinate and find some excuse for not actually getting started. So, a thing that over the last couple of years I’ve taken to heart much more is that idea of announcing that I’m starting a writing sprint. Basically, that I’m committing to one hour of solid writing and I’ll announce it on Twitter.” …And so, we built that into Highland… because it gives you permission to be sort of selfish about writing and to step away from your computer and acknowledge, “I did an hour. That’s good.”

Other features that were developed based on August’s own experiences include the Assemble Command. This allows writers to work on scenes in their own files, separate from the larger script (to lessen the temptation to edit). You are then able to tell the app to assemble all those individual scene files at the end.

There’s also a lack of formatting needed while a writer is writing! Writers can just write and when it’s time to output, the app understands what should be an action block, what is dialogue, etc. This leaves writers free to worry only about words and not how those words look during the writing process.

Highland 2.5 has a gender analysis feature that counts the number of dialogue lines spoken by female characters vs. male characters and creates a report for the writer. (The app learns which characters are male and female based on information that the writer inputs). Gender parity is incredibly important in this era and Highland makes it easy to see if one group is dominating a writer’s script. MORE: How NOT To Write Female Characters 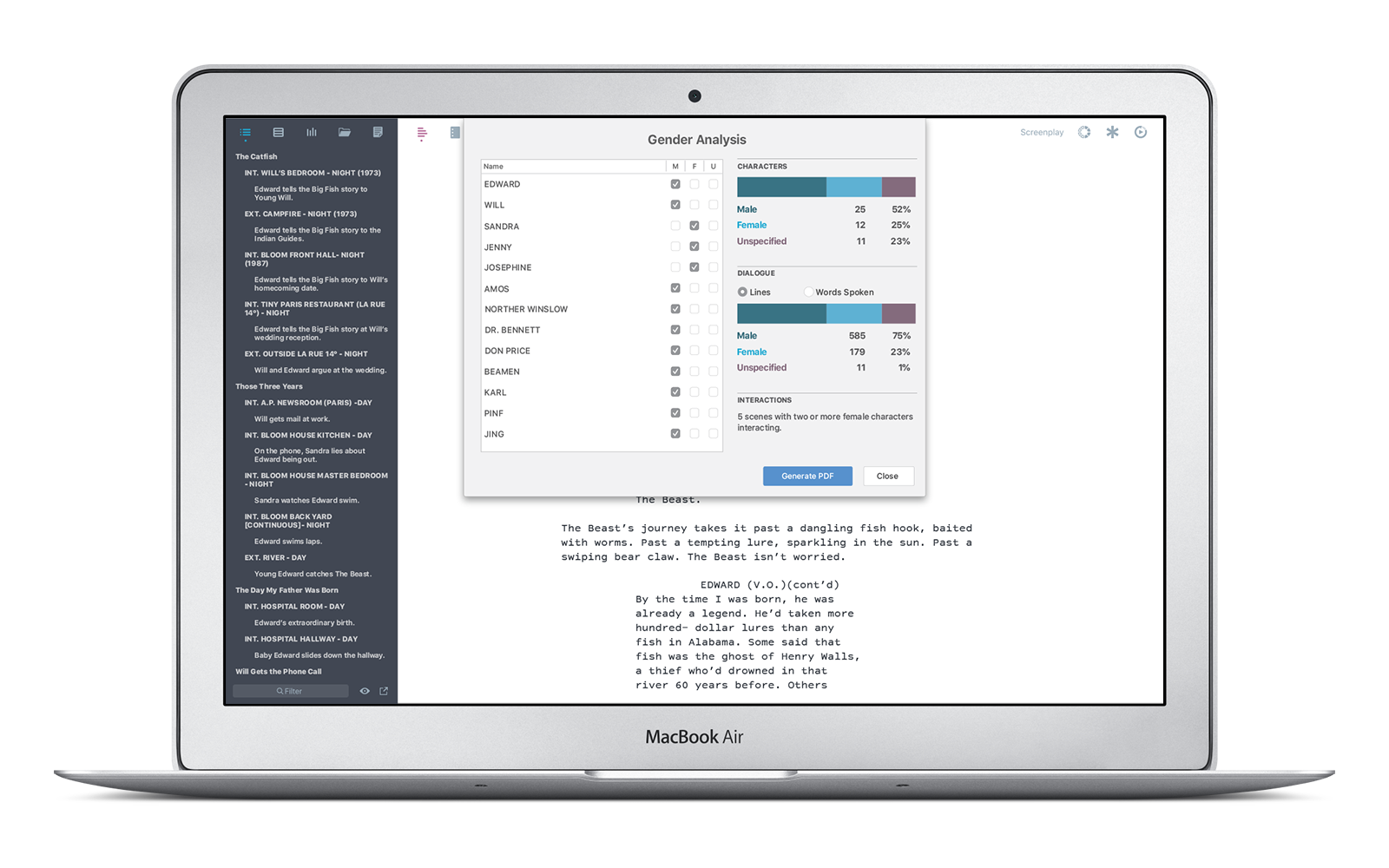 4) It has more fun new features for all formats

And it does all this not just for screenplays, but for novels and stage plays as well. There are many more cool features, which are easy to check out because …

That’s right. No set up fee or subscription needed. Said August: “You can use every bit of it for free. I want to lower the barriers for entry.” MORE: How To Hit The Ground Running 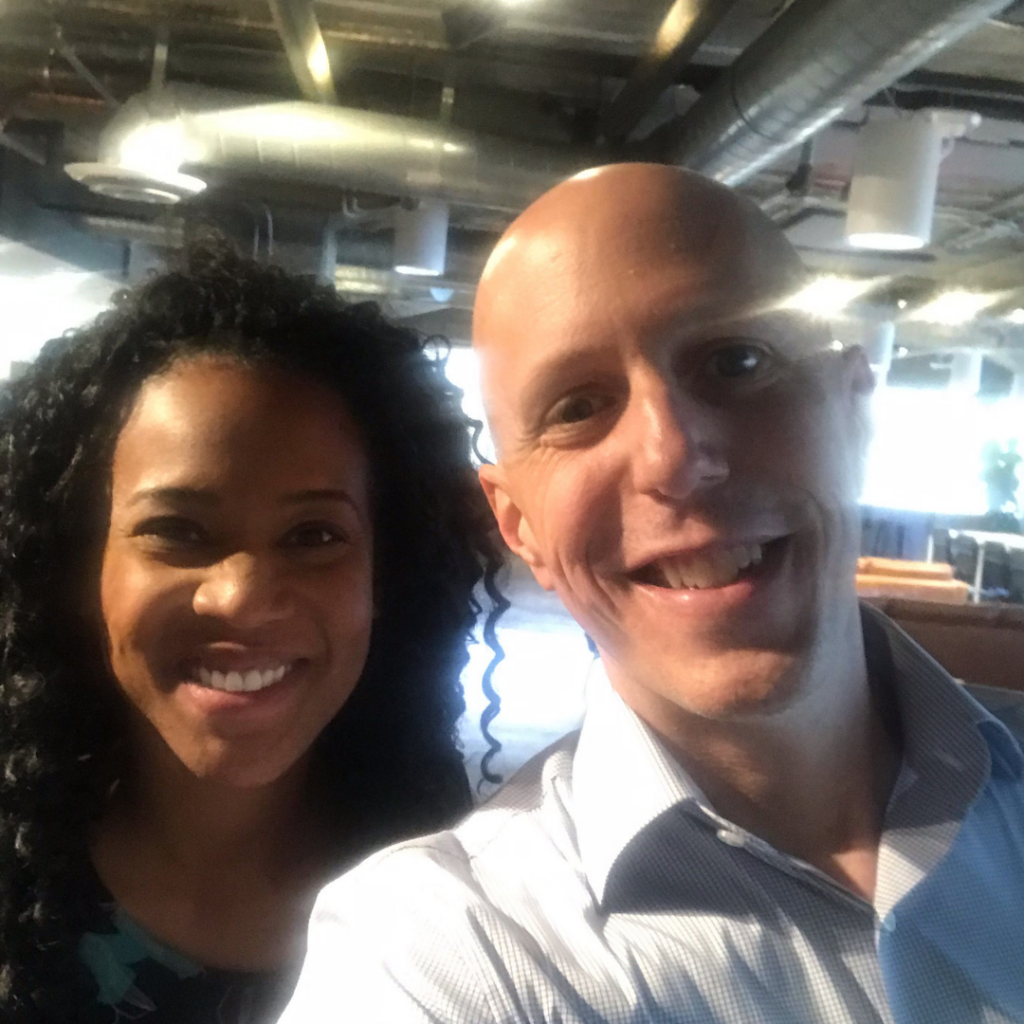