Eric Heisserer: ‘Beware The Paper Tiger That Prevents You Writing’ 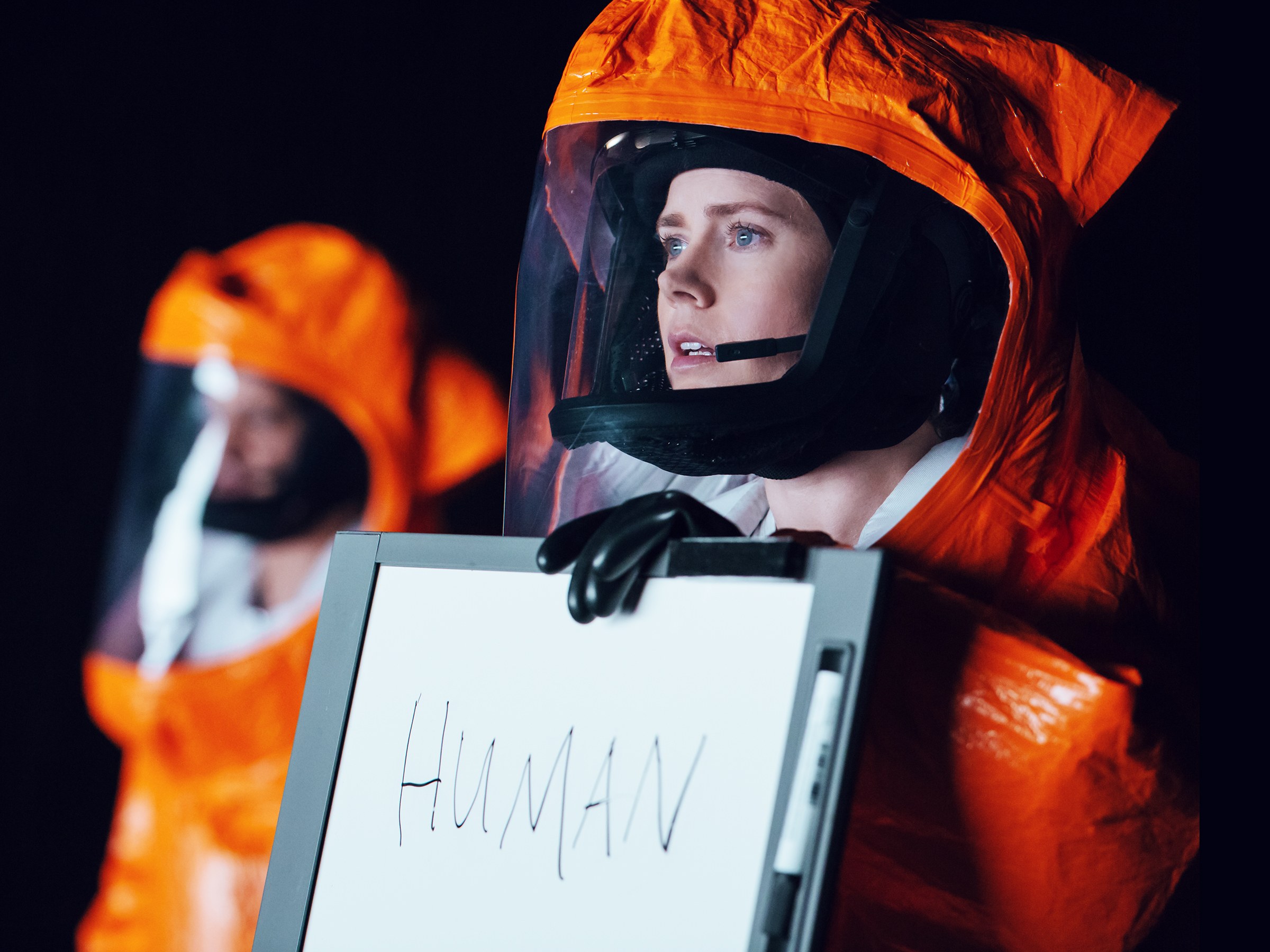 Eric Heisserer has a screenwriting resumé most Bang2writers would kill for. From franchises through to adaptations and indie dramas, Eric has been at every level of the movie coal-face it seems.

Eric’s also really approachable and offers great insights on the craft. I interviewed him for my non-fiction Drama Screenplays book because he wrote and directed one of my favourite dramas Hours, starring the late Paul Walker. He’s also shared some excellent pointers on female characters in the past for B2W, too.

So I thought I’d check back in with Eric in 2019 and see what other juicy tips and insights he could share with the Bang2writers. Ready? Let’s go …

1) You Have To Chase After Opportunities

Of course, we have to start with BIRD BOX. This was a huge win for Netflix, with eighty million subscribers’ households watching it in the first month alone. It’s an adaptation of the novel by Josh Malerman. Knowing that Eric developed his previous adaptation ARRIVAL (from the short story Story of Your Life by Ted Chiang) on spec, I asked if he had done the same again.

‘No, it was a writer-for hire job,’ Eric explains, ‘Though I did have to chase after it. I did the first five pages for the producers. I wanted to show I could capture the fear and tension of Malorie and the children making their way to the boat.’

Writing pages as an audition is not unusual for new writers, but I was surprised to hear Eric had to do this, given his track record. After all, ARRIVAL was Oscar-nominated! But it wasn’t about any concerns over Eric’s writing, but something else.

‘There was some worry BIRD BOX might not be a cinematic experience if audiences couldn’t see the actors’ eyes.’ Eric says, ‘I wanted to show the visceral possibilities of the blindfold.’

TOP TIP: Always hustle. Concerns about the writing of a story may not always be about your writing … But equally, your writing might just be the solution. 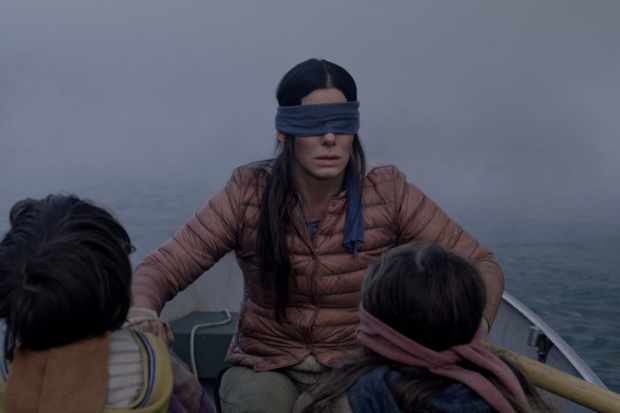 2) There Will Always Be Compromises

In the book version of BIRD BOX, there are actual monsters behind the madness that plagues humankind. In stark contrast, the movie adaptation never shows them. This is an interesting reversal for a visual medium like screenwriting.

‘As human beings, we are compelled to look. But the book’s theme is ‘not knowing is better sometimes’, signified in the madness when you do.’ Eric says.

It’s a wise choice. How can a movie deliver on the horror of something so bad it literally drives a human mind mad? Hollywood has already shown us such horrors as the Alien, Predator, Pinhead, Jigsaw and more. In real life, we have seen pictures of dead children on posters and watched real-life beheadings online. We are de-sensitised.

Leaving the BIRD BOX monsters unseen then makes them much more frightening. That said, I had seen some articles about how they did build a monster at one point. I asked Eric about this.

This scene never made it in the finished movie. So, which did Eric prefer of the two approaches? He wisely won’t be drawn: ‘There will always be compromises.’

TOP TIP: Get used to making compromises! You might love one approach to a story, but you can find a way of loving another approach too.

3) Find The Way That Works For You

Bang2writers often worry about learning the craft the ‘right’ way. But there are no writing ‘rules’; at most, it’s a set of guidelines.

Eric echoes a feeling so many writers have: ‘I’m an experiential learner. I’ve had a ridiculously hard time with ‘How To’ screenwriting books. I prefer workbooks. Break it, fix it, recreate it.’

But how do we do this? Why not start with Eric’s 150 Screenwriting Challenges. Sometimes the only way to learn is to just dive in.

4) Good Storytelling Is About Feelings

So, how can we ensure that emotional response passes from us, to our audience? I asked Eric what his thoughts were on this.

‘So much of this is research and development. They say ‘writing is rewriting’ and that’s true, but it’s also about the feeling in your heart,’ Eric explains, ‘You have to seek out a character who knows that feeling, then seek out a story to express that … Create an experience that others can tap into.’

TOP TIP: Audiences always remember how good stories made them feel. Knowing what they get out of it will help you. 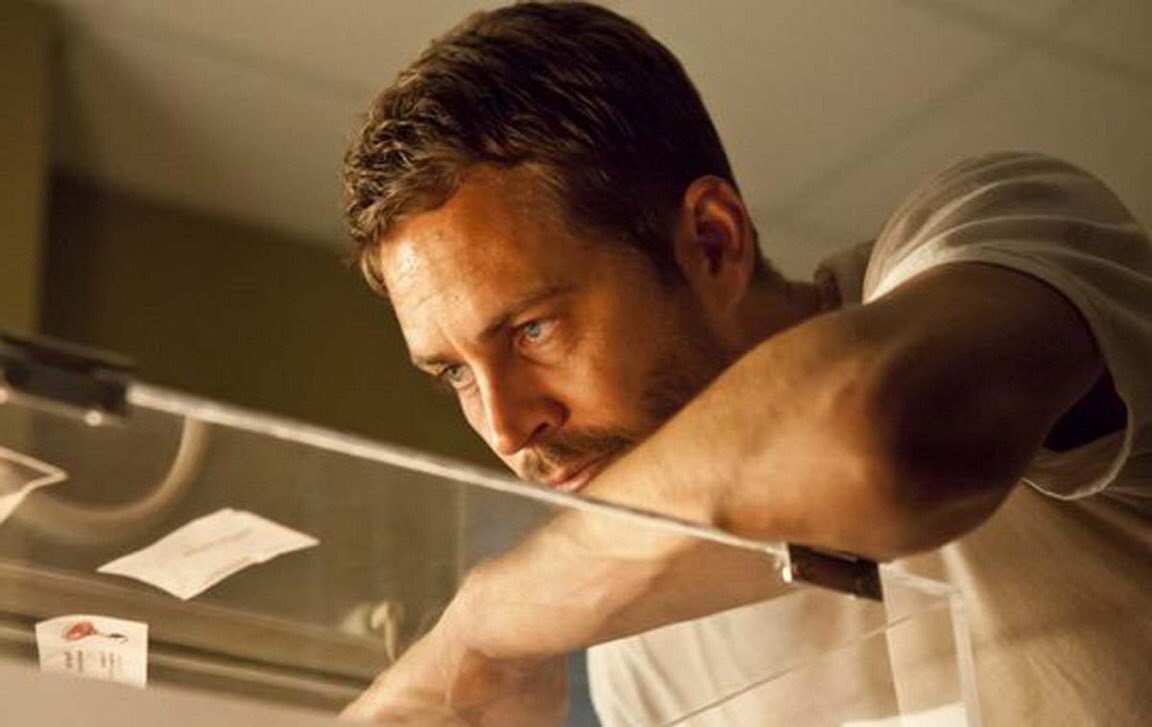 Lots of writers think there’s this magical place called ‘The Industry’ where you have to ‘break in’. The reality is rather different. ‘It’s easy to chase after a job to pay the rent, but it’s better to find relationships,’ Eric says.

But of course, it’s not just a case of simply finding someone who’s a good bet and attaching yourself to him/her. If only! All your ducks have to line up, not just in terms of getting the job, but in keeping it as well. Back to Eric: ‘There’s lots of different ideas of what stories are. You have to find people on the same page.’

There’s a last reason you MUST all be on the same page too: time. There’s a good chance your projects will be in development for years, sometimes even decades. ‘Everything takes forever!’ Eric warns.

TOP TIP: The industry is built on good relationships, plus choose wisely – you will be working with certain people a LONG time.

6) Know What’s Standing In Your Way

There’s lots online about how to defeat writer’s block, with probably just as many articles insisting it does not exist. Whether it does or doesn’t is kind of immaterial; if writers believe it does, then it does. It’s knowing what’s behind it that’s key.

‘Beware the paper tiger that prevents you from writing,’ Eric agrees, ‘The fear, the judge, the self-editor – whatever the manifestation of your writer’s block is. Find the hack to bypass it.’

TOP TIP: Dig deep and find the cause of your problems so you can keep writing. You can’t fix a blank page!

Book Versus Film: STORY OF YOUR LIFE aka ARRIVAL

How NOT To Write Female Characters

previousCHEAT SHEET: How To Write A Logline
nextJed Mercurio:‘Storytelling Is About Creating A Chain Reaction’