Spotlight On Structure: How To Write A Perfect Scene

The perfect spec screenplay or unpublished novel is a sum of ALL its parts. Yet the average spec screenwriter or author will drastically underestimate how important individual scenes are in their plot construction, whatever they’re writing.

This new B2W infographic puts the perfect scene under the spotlight. Check out these 6 questions to ask yourself to craft perfect scenes in your next rewrite. Note these tips apply to both screenwriters AND novelists. Ready? Let’s go … 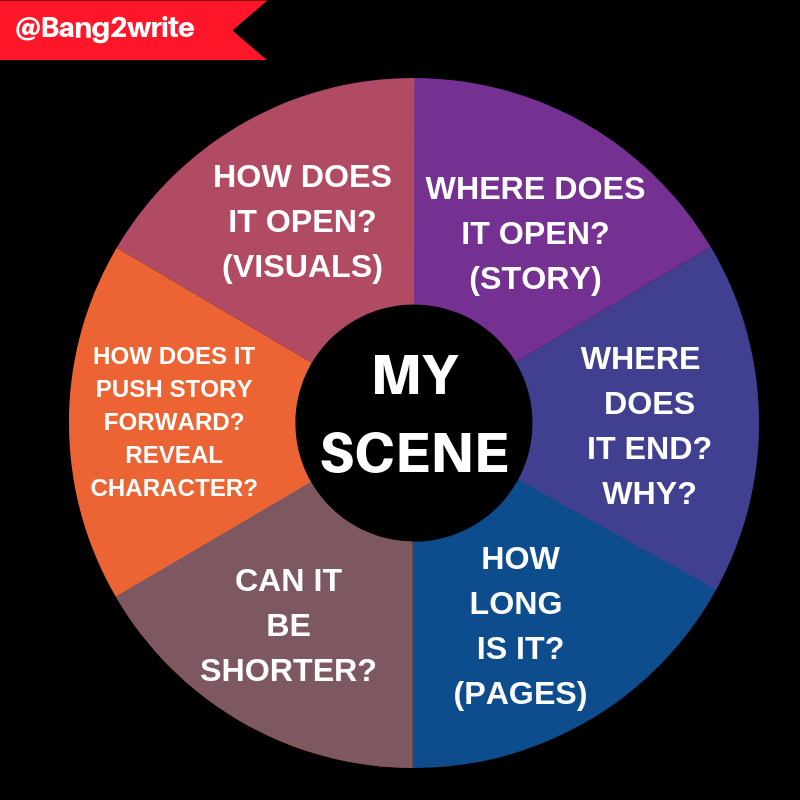 1) How Does The Scene Open? (Visuals)

First off, you need to think about your opening image … What do we SEE first? Too many spec screenplays start with something readers have seen waaaay too many times before. Each and every scene, from beginning to end, needs to HOOK our interest. Screenwriting is a visual medium, after all.

Novelists, you’re not let off the hook either! As veteran writer Elmore Leonard stipulated, ‘never start a chapter with the weather’ (ie. ‘It was a dark and stormy night’. Ugh!). Also, check out popular books in your genre or niche and see how the good ones open. Just because you’re writing a novel does NOT mean great visuals are off the table.

2) Where Does The Scene Open? (Story)

This is about timing. Here we’re thinking, ‘Why NOW?’ Sometimes, it’s obvious … the catalyst for this scene or part of the story happens right this second. After all, if the serial killer, ghosts or kidnapper has just struck, then obviously your characters are in peril, so need to react in this scene.

Other times, it’s not so obvious. This is especially true of genres where a protagonist must make some kind of decision to do something, such as in drama or in other storyworlds where the ‘norm’ is already well-established.

An example: why does Furiosa take the war rig off-road from the citadel now in MAD MAX FURY ROAD? After all, she’s been enslaved for decades and has as good standard of living a woman can in this storyworld. Some would argue she’s mad to risk it.

But ultimately, not only is the Gas Run only once a month, her friend Angharad is about to give birth. This means Furiosa has a very small window of opportunity to enact the escape, taking as many women as she can with her.

In other words, perfect scenes hook us via a combination of characterisation and plotting. We are as confused as Furiosa’s accompanying War Boys when she goes off-road at first. As they say, ‘What’s going on Boss?’ Boom! 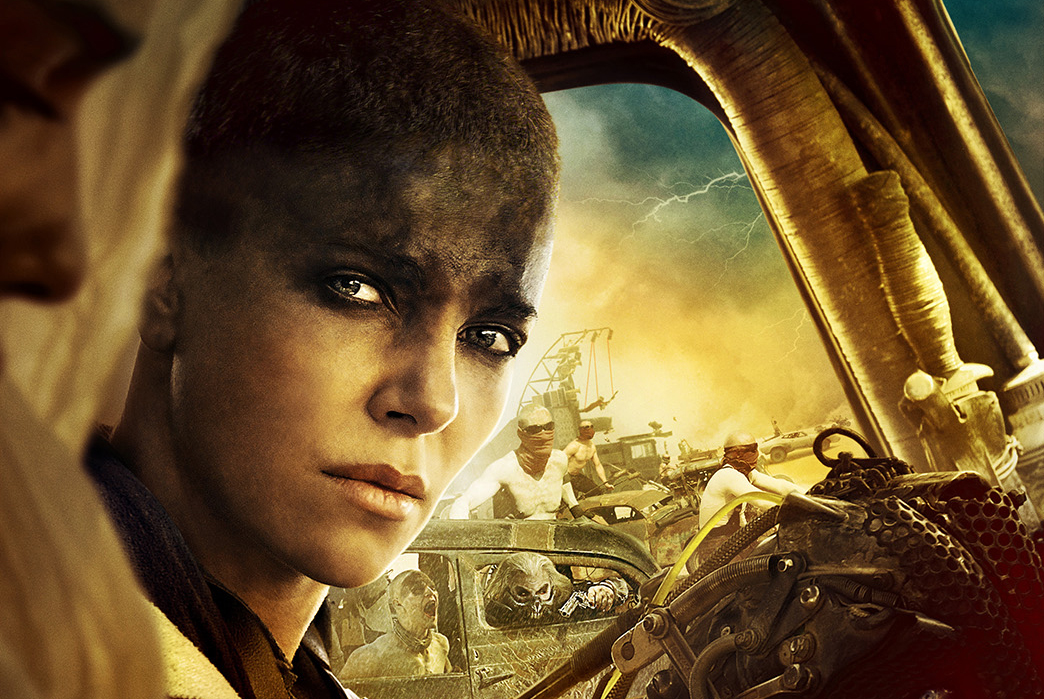 We all know the well-known screenwriting adage, ‘Start late, finish early’. We don’t want or need endless chunks of recapping to remind us what us been going on in previous scenes. Equally, we don’t want to be told what is going to happen next. That is a given, hence the ‘start late’.

By finishing ‘early’ then, think of it as a kind of cliffhanger that takes us into the next scene. As BLADE RUNNER’s Hampton Fancher said in a recent B2W article, ‘How do you get a person, a reader, a character to care about what happens next? For one thing, by something about to happen next.’

In screenwriting, I find a good perimeter is this:

Obviously it’s just a guideline, but check out my language choice there – ‘UP TO’. What’s more, scenes are by and by nearly always ‘too long’ … This is why they end up as chains of dialogue.  Think instead, ‘what you see is what you get’ and always substitute visuals for dialogue wherever possible.

When it comes to novels, it’s slightly different. You may think ‘1 scene = 1 chapter’, or you may mix timelines at will and have the equivalent of several scenes within one chapter. (For those wondering, I tend to favour very short chapters, accommodating lots of different timelines, which means I often end up with a ‘mixture’ of scenes in my chapters).

Whatever you choose, don’t leave it to accident over design. Make sure you focus your scenes, so we know exactly what we are supposed to get out of it. I use visual representations and plotting worksheets LIKE THIS ONE to do this.

Exactly what it says on the tin. The fact is, when it comes to both screenwriting and novel writing, scribes tend to overwrite as the standard. I am frequently saying to Bang2writers ‘You can cut this by halves or even two thirds and it will do the same job.’

In terms of cutting back ‘story fat’ then, figure out what your perfect scene is supposed to DO. More on this, next.

6) How Does it: i) push story forward? ii) reveal character?

A perfect scene does 2 things, as listed above: