5 Times It’s Okay To Use Clichés In Your Writing

When are clichés not clichés? WHEN THEY WORK! Yes, that’s right, there are FIVE WAYS in which clichés are the comedy writer’s friend. Let’s go …

It’s worth remembering why clichés are clichés. They were, when first heard, fantastic sentences or statements that touched the core of a great truth in the shortest possible time. Shakespeare wrote loads and the Bible have given us plenty more. Real clichés become clichés when they are over-used and over-familiar – or as B2W would say, CHEESY!

No one ever sits down to write a straight cliché, but we always hope that a line or joke from our script will become a catchphrase. As soon as you try too hard, the magic disappears. But the more work you put into the characters, the greater chance you have of finding a catchphrase that fits. It’s rarely a joke, but as soon as you hear “lovely jubbly”, “they don’t like it up ‘em” and “I’m the only gay in the village” you know exactly who we’re talking about. MORE: 5 Important Tips For Writing Kickass Comedy

Before you write a word of script, you want to place your characters in a believable world. There are a number of clichés that come up repeatedly to describe the essence of every sitcom. Harper Lee’s “You can choose your friends but you can’t choose your family” covers or touches on dozens of sitcoms … Not just the obvious ones like Frasier, Modern Family and Steptoe. It is a strong element in Miranda, Friends, Not Going Out and loads more.

Other familiar phrases that describe popular sitcoms include “fish out of water”; “the little man against the world”; “square peg in a round hole”; “physician heal thyself”; “methinks the lady doth protest.” Don’t say these phrases out loud in public, but keep them in your head when you’re starting to create your show. 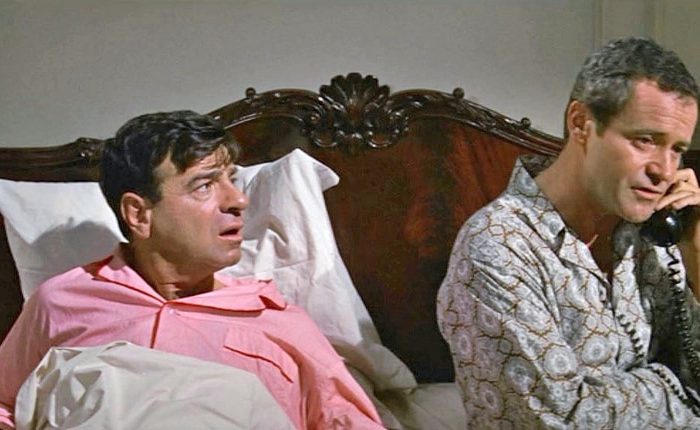 3) By Using Characters Who Are Opposites

It took me a while to get Seinfeld. First I was a non-believer, unable to see beyond the superficially smug collection of selfish New York misanthropes. Then slowly I warmed to the relationship at the heart of this show between Jerry and George, the oldest comedy cliché: the odd couple.

The Odd Couple was, of course, one of Neil Simon’s greatest creations. It began as a stage play in 1965 and became a movie, and then a hugely successful long-running sitcom. In its original form it paired Jack Lemmon’s neurotic control freak Felix with Walter Matthau’s slobby, laid-back Oscar: two guys, forced together, who couldn’t be more different. It’s a relationship defined by cliché: chalk and cheese, opposites attract, the thin line between love and hate. Simon was not the first exponent.

One of Britain’s finest comedy creations, The Likely Lads, first aired in 1964. It featured the near identical-pairing of serious, stuffy Bob (Rodney Bewes) and womanising, street-wise Terry (James Bolam). Going back to the start of the 20thcentury, you’d have to look hard to find an odder odd couple than Laurel and Hardy.

You can keep going back, too. James Boswell’s Life of Doctor Johnson brings together two of Britain’s greatest ever literary figures, friends and colleagues who could not have been more different… Back to Shakespeare’s Twelfth Night which pairs of Sir Toby Belch and Andrew Aguecheek … Back, back, back, to the first ever recorded story, Gilgamesh. MORE: Top 5 Mistakes Comedy Writers Make

This gets a whole chapter in my latest book, The Complete Comedy Writer. I would refine that phrase. What fires you up? What makes you angry? What moves you emotionally? And then you can start to think about how those feelings translate into universal truths … Clichés, in fact.

Two of my favourite “fish out of water” sitcoms appeared in the 1970s, both of which captured brilliantly the alienation of working for a large corporation. The Fall and Rise of Reginald Perrin and the less well-known It Takes a Worried Man were both about outsiders, characters too self-aware and quirky to fit into the system.

You don’t need to know much about the writers, David Nobbs and Peter Tilbury, to guess they must have experienced something similar earlier in their working careers. Tilbury’s more famous creation Shelley is another example of the type. 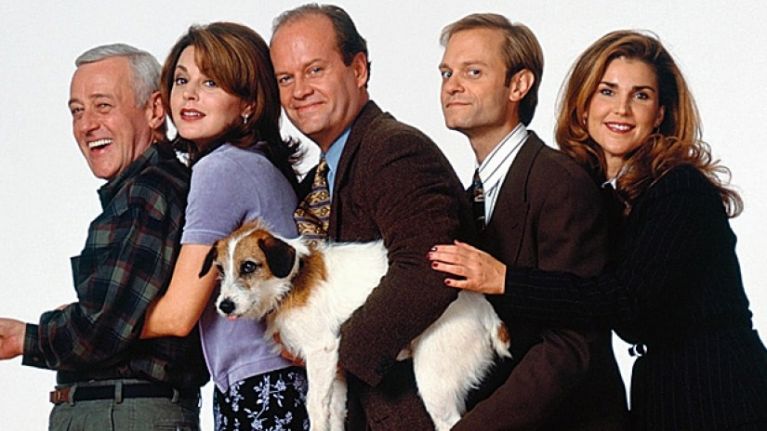 As if there isn’t enough to love about Frasier, every single episode can be summed up in a small but pertinent phrase about human nature. (Or what we might call clichés, for the purposes of this article).

What’s your favourite episode of Frasier? I guarantee you will be able to define it with a single phrase such as, “You always hurt the one you love”; “Better to have lived and loved than never to have loved at all”; “A friend in need”, and you will have seen that phrase illustrated in the first scene.

My favourite is the pilot, “The Good Son”. It isn’t just the characters who arrive fully-formed from the opening scene: the show is packed with brilliant gags and, more daringly for a first episode, intensely moving pathos.

Without giving away the story, there’s a cliché that is alluded to in the opening scene, which informs the whole of the episode and is finally stated towards the end: “Things don’t always turn out the way you planned.” MORE: 14 Masters of Comedy Share Their Secrets

Make sure you read the best comedy scripts: Seinfeld, Frasier, Yes Minister, Friends. Think about the characters, the premise, the stories. That’s where you’ll find clichés, by the lorry-load. But that’s not the half of it … they make them WORK. Once you discover how they do that, you will be able to as well.

BIO: Dave Cohen has been writing and performing comedy for 35 years. His credits include Not Going Out, Have I Got News For You, Spitting Image and My Family. He writes most of the songs for Horrible Histories, including for the movie which is out this summer. His book The Complete Comedy Writer is out now. Get a free book,  How To Be Averagely Successful At Comedy when you sign up for Dave’s newsletter, HERE. Check out Dave’s ‘Kickstart Your Comedy Writing Career’ at Raindance on Monday, 13 May 7pm, HERE.

previous3 Tech Clichés That Will Kill Your Writing DEAD
nextCHEAT SHEET: How To Write A Logline