7 Things I Learned From Vinay Patel, Screenwriter (DOCTOR WHO) 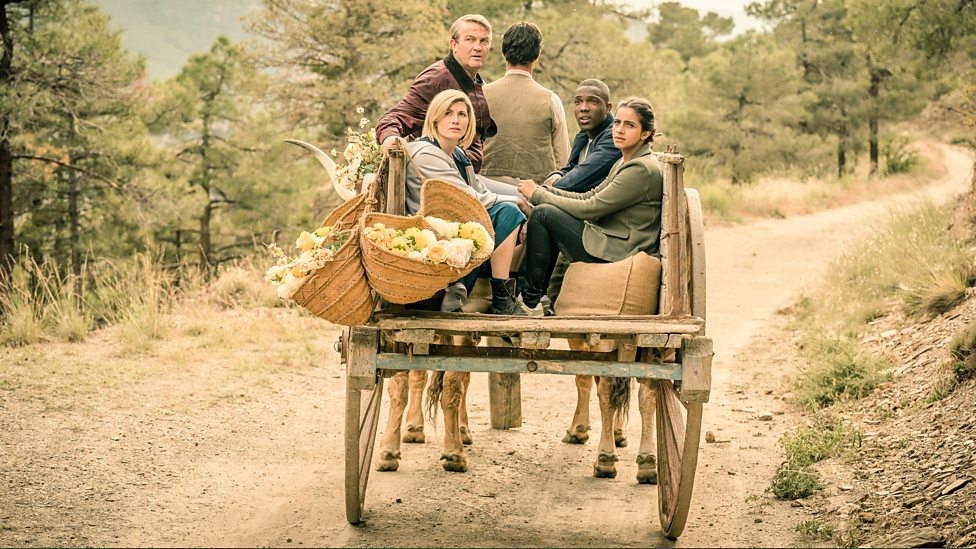 All About Vinay Patel

Vinay Patel is a BAFTA Breakthrough-winning Brit screenwriter and director. I’ve interviewed him several times now, both for his TV breakthrough Murdered by My Father and for my latest writing book, Writing Diverse Characters For Fiction, TV or Film. I always find Vinay’s points about writing and life so illuminating, so I jumped at the chance of talking to him again.

Vinay’s also the screenwriter behind Doctor Who, Demons of The Punjab (series 11). This episode proved massively popular with the Bang2writers, so I thought I would get Vinay back in the hot seat! I love what he has to say here about opportunities, diversity, mental health and redrafting. Enjoy!

1) Pick One Thing And See Where It Takes You

Vinay started out as a corporate filmmaker, but decided he wanted to do an MA. He had lots of skills from that work but felt the pull of lots of different disciplines – editing, directing, writing.

In the end, he decided to pick just the one thing, so he could put all of his efforts on that and see where it took him. He decided to pour everything into challenging himself and learning the craft of writing. Under a decade later, it’s taken him from fringe theatre to Dr Who. Wow!

TOP TIP: Don’t spread yourself too thin, go ‘all in’ on one thing when starting out. MORE: 10 Harsh Truths About Writing You Need to Know

2) You Have To Back Yourself

Vinay decided he wanted to write a film, but ended up writing a play. It was a big challenge, but after the MA he ended back in a 9-5 job. After a year and a half of applying (!), he managed to get on a theatre attachment scheme with Arts Council backing. That was another great experience writing-wise, but again didn’t lead to anything solid in terms of establishing of his writing career.

Vinay says he realised things weren’t just going to happen for him, he had to literally make it happen himself. He ended up sitting down and figuring out what was the cheapest way of getting something on stage that still represented the best of his writing … Which in his case was a one act, one man play.

TOP TIP: You have to figure out a way of getting to where you want to be, the cheapest way you can. 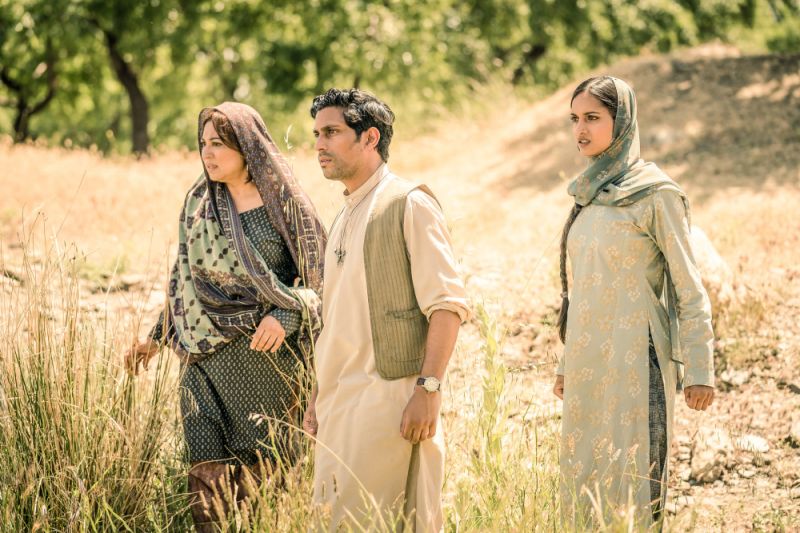 3) Blag It, If Necessary

In setting it up, Vinay ‘tricked’ a venue into letting him put on his play … Because a certain organisation gave him a referral. In reality, he had no such referral, though that organisation gladly gave it, when they heard he had a venue!

In other words, Vinay blagged both of them and was able to deliver, because he could follow through. After all, when is a lie not a lie? When it’s true!

TOP TIP: Blagging is always a possibility, just make sure you can follow through.

Vinay calls Doctor Who a ‘massive learning curve’. By his own admission, Vinay is fairly new to television and screenwriting generally; he has had to think on his feet and learn on the job. His background in fringe theatre helped but going from such small audiences through to primetime television was an epic leap.

He said Doctor Who showrunner Chris Chibnall was ‘very generous … very open and clear’ about what he expected of his Who writers. He made sure they were in no doubt as to what the process was, whether this was craft-related (beat sheets, outlines and drafts) through to production logistics (such as tone meetings, time to shooting, ADR and so on.

TOP TIP: If you’re in charge, make sure everyone is on the same page.  If you are not, always ask for clarification.

5) Diversity is about due diligence

Vinay’s episode of Doctor Who has the subject of partition in India at the heart of its story. I asked him if he felt his heritage helped him connect with the story ‘more’ than perhaps a white writer could … Could it be that his point of view is more authentic?

For Vinay, the answer is both yes AND no. He said that his heritage definitely helped him appreciate what was missing from the ‘bigger picture’ as he was growing up … People who look like him, especially in period dramas. This in turn obviously helped inform his storytelling in Doctor Who.

But he also said, ‘It would be naïve of me to assume I know what it’s like to be a rural farmer in India in 1947, because I don’t.’

So Vinay also believes anyone can tell ANY story, as long as they do their diligence. The bar may need to be higher for some writers more than others on this basis. For example, if you’re a white writer writing about something that has previously excluded or stereotyped marginalised voices, you need to be even more diligent. But that’s okay, because that is about research and empathy – which makes for great writing!

TOP TIP: Don’t worry about whether you ‘can’ write a story, literally no one is stopping you. Instead focus on doing your due diliegence. Start with Writing Diverse Characters For Fiction, TV Or Film (there’s more points from Vinay in there, too!). 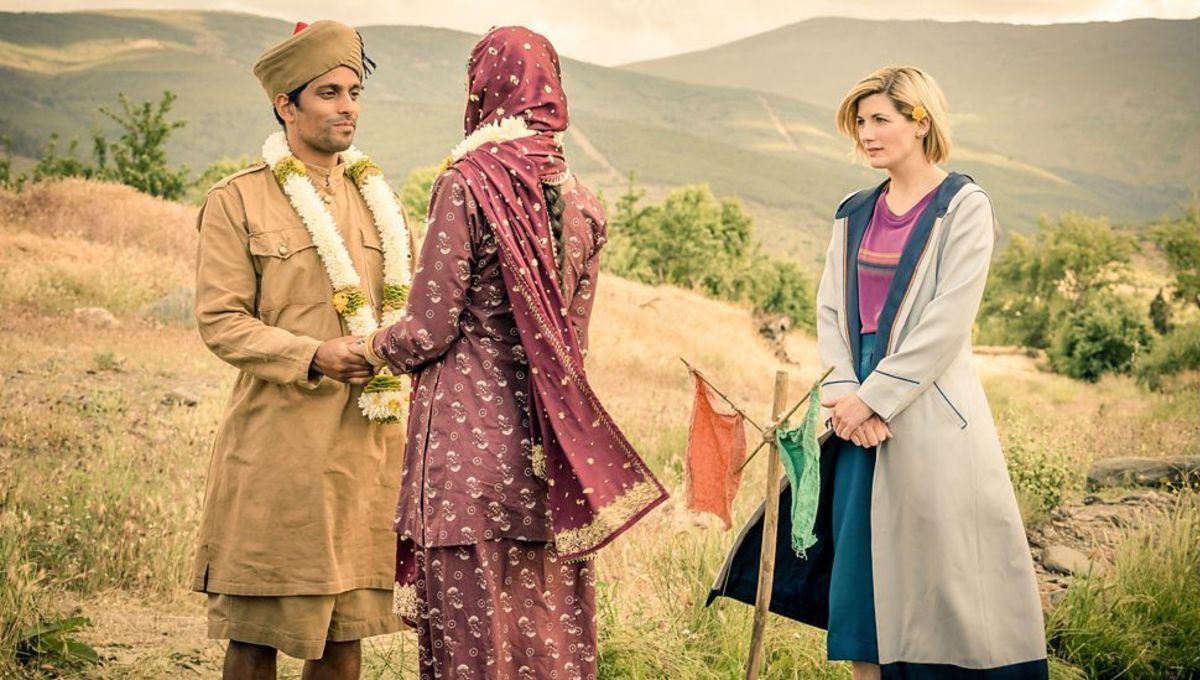 6) Realise Writing Does Not Cause OR Solve Your Problems

Sometimes writers believe creatives ‘have’ to be miserable in order to create. Other times, they may mistakenly believe being successful will eradicate these mental health problems. Neither is the case. The reality is, there are depressed people from all walks of life and writers are no different.

Vinay has been very candid online about his own mental health struggles.  When we chatted, I loved Vinay’s point there is an ‘emotional vulnerability’ to being a writer. A lot is said about needing to grow a ‘thick skin’ on stuff like rejection, but we need a ‘thin skin’ as well … We have to send our brains to dark places to entertain thoughts that are not always good for us. That doesn’t mean writing causes our depression, but it does not help.

Vinay says it was instructive for him to realise that writing can’t exorcise demons; that his struggles would still be there even if he did not write. I could relate to this, because I had to make the same realisation. When I made this connection, I was able to see the ‘tortured artiste’ for what it truly was: a well-worn, incorrect cliché.

TOP TIP: Emotional vulnerability may helps your writing, but it may not help *you*. If you feel bad, listen to yourself and take a step away if necessary.

As a last question, I asked Vinay for his redrafting tips. He said he has a particular ‘essential idea’ that sparks his story off, informing his writing. An example would be ‘faith in justice’. When redrafting then, he goes back to that essential idea and asks himself, ‘Is this still true? Is this what my story is about?’

If it is, he needs to see how his draft measures up … If it’s not, he needs to find out what his story has changed into! I loved this idea, especially as previously on B2W several novelists shared this tip as being part of their own processes, too.

TOP TIP: Always keep in mind what you feel your story is REALLY about. This will help anchor you in redrafts. 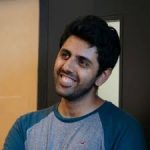 BIO: Vinay’s first piece for television, MURDERED BY MY FATHER (“A brave piece of television ★★★★★” – The Telegraph), was released on BBC3 online in March 2016 and was rebroadcast on BBC1 in April. For this work, he was selected as a 2016 BAFTA Breakthrough Brit. MURDERED BY MY FATHER was nominated for three BAFTAs, with Adeel Akhtar winning for Best Actor. Elsewhere, he has contributed to the bestselling collection of essays, THE GOOD IMMIGRANT and is currently working on projects for the BBC, the National Theatre and Paines Plough. Don’t forget you can follow Vinay on Twitter, HERE. Check out his blog HERE.

1 thought on “7 Things I Learned From Vinay Patel, Screenwriter (DOCTOR WHO)”

previousWhat No One Is Talking About In The Great Screenplay Format Debate
next3 Reasons ‘Write Drunk, Edit Sober’ Is Terrible Advice For Writers