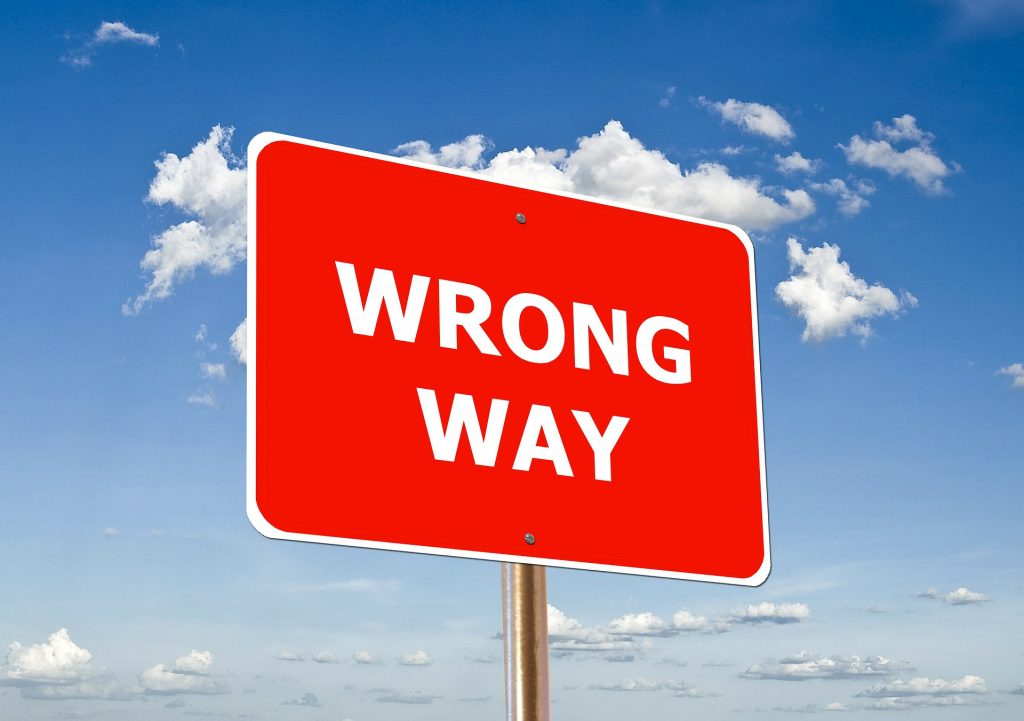 Scene description can be the key difference between your spec screenplay sinking or soaring. This is because there’s SO LITTLE good scene description in the pile … But if a writer is great at this craft element, it often follows they’re  pretty awesome at the rest.

So, investing in your scene description is a no-brainer! But there’s no ‘right’ way to write scene description, just multiple wrong ways … Are you doing any of these top 5 mistakes? Check it out:

First, the classic issue. When writers have ‘too much black on the page’, this usually means the scene description is far too dense. There may be many lines before a blank space … Or the writer may have gone overboard, describing every little thing in the scene. Very often it’s both.

That said, it’s easy to see why this happens. B2W has got a real beef with the phrase ‘scene description’. It presents the idea screenwriters are supposed to be DESCRIBING stuff, after all! But we should be thinking about visuals. We need to change our mindsets on this, to achieve visual writing. MORE: 1 Wrong Belief That’s Destroying Your Scene Description

2) Too much white stuff

Of course, we’re human beings … Say ‘too much black’ is an issue and writers will swing right to the other side of the pendulum! When there’s too much ‘white stuff’ (ewww), this refers to the fact there’s too much dialogue and scene description is MISSING altogether. Eeek! Like anything, writing great scene description is about balance. This IS a visual medium, after all!

3) Taking the reader out of the story

Scene description’s primary functions are to 1) reveal character and 2) push the story forward. In other words, it’s part of storytelling every bit as much as character, structure, dialogue, etc.

However, when there are multiple ‘asides’ or notes to the reader in the scene description, this can interrupt the flow of the story for the reader. Not rocket science!

Other times, readers are taken out of the story another way. This happens when writers are obsessed with the LOOK of their scenes. This means the writers are thinking about the mechanics of filmmaking TOO MUCH. This is sometimes known as ‘directing from the page’. There will be multiple references to shots, camera angles, even the camera itself.

Now, sometimes ‘directing from the page’ is not a problem … If the screenwriter in question is a writer/director making the script themselves, with their own money. If they’re not, then it’s a good idea to avoid this. MORE: Top 5 Craft Mistakes Writers Make 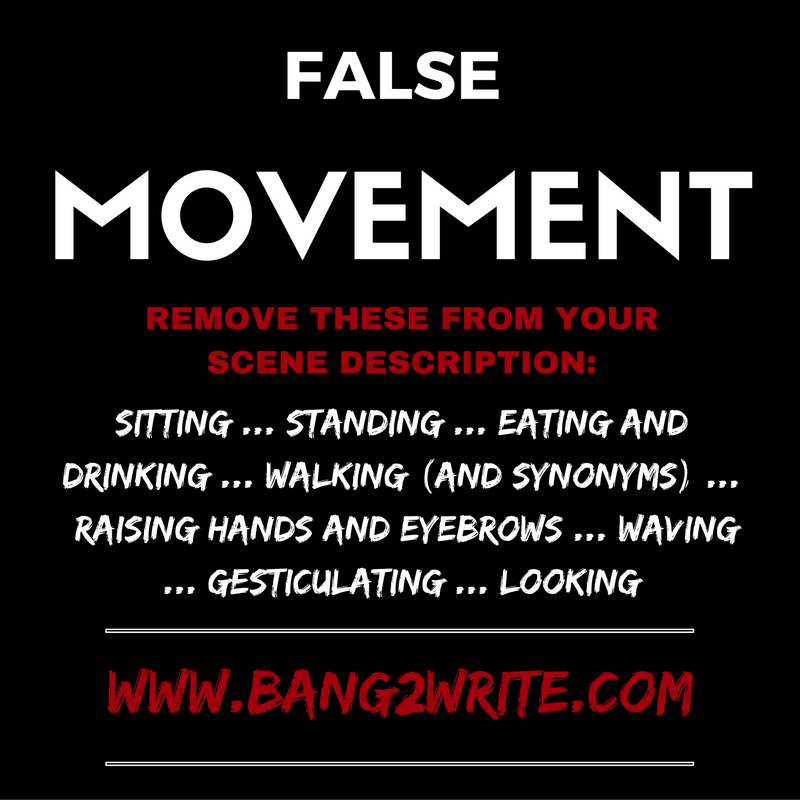 What I call ‘false movement’ usually happens to writers who realise screenwriting is VISUAL, but take it waaaay too far. ‘False movement’ is when there’s an over-reliance in scene description on ‘physical happenings’.

Usually these constant ‘physical happens’ become a series of moving body parts … Characters cross their arms and legs … Sit on chairs … Walk down streets or across rooms … Move towards windows .. Close and open doors … AND THEY DO IT CONSTANTLY. It’s boring as hell!

Like anything, make sure you balance these kind of ‘physical happenings’ with other visuals (see below).

Lots of writers say to me, ‘If I can’t describe everything, or how the scene looks, what CAN I write??’ Erm — VISUALS!

Think about the old phrase, ‘A picture tells a thousand words’. This is what we do, as screenwriters … We tell stories, with pictures.

A good place to start is by googling for PDFs of screenplays *known* to be really visual and checking out how they do it. Now, make a comparison: between theirs and yours … What’s different? What does your picture tell us about the characters and the situation they find themselves in? MORE: 10 Ways To Conquer Your Scene Description

Good Luck with your scene description!