7 Things I Learned As A Writer From Reality TV 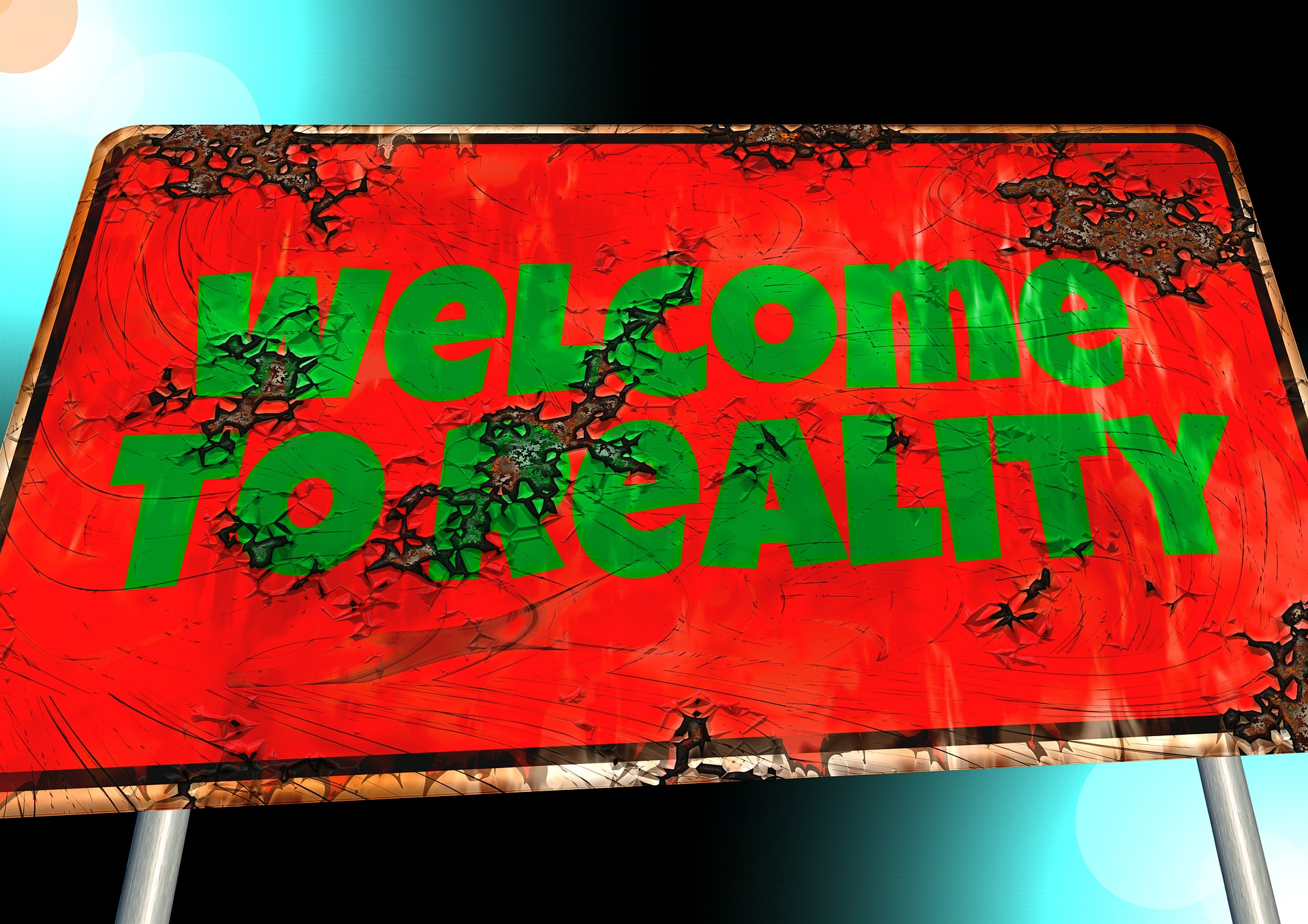 Reality TV gets a bad rap. You don’t have to go far to discover people denigrating it, both online and in real life. It’s considered the opiate of the masses, sometimes exploitative and/or generally not very stimulating in any meaningful way.

In fact, this is such a popular opinion that comedian Bill Hicks’ infamous Executive 11110 (‘You are free, to do as we tell you‘) skit could replace ‘American Gladiators’ with, ‘Here’s reality TV! Here’s 56 channels of it!’ some twenty five years on, easily. (Though in real terms I suspect there there would probably be more than 56 channels! 😉 )

Like most writers, I am a committed people-watcher, so must admit the notion of reality TV is irresistible to me. Whilst I’ve often said I ‘don’t watch TV’, I have taken to having Channel 63, Blaze, on in the background most days. If you’ve never watched The Blaze Channel, it’s a Brit channel on Freeview that airs almost non-stop American shows.

I think that reality TV can be a real boon for writers: where else can we see insights into people’s real, lived experiences in jobs, lifestyles or skills (especially via contests) so easily? Whilst we all must appreciate that elements of these shows are staged for the sake of drama just like fiction, there are still real takeaways we can use as jumping off points, especially for specific  characters and storyworlds.

But I will go one further. When we watch ‘real’ people doing ‘real’ things (note the the scare quotes: is anything really real anyway?), this can power thoughts we can apply to our own lives, jobs and interests … such as writing!

So, here are seven Blaze shows (you may have seen them elsewhere) and what my key takeaways are from them for the writing life. Do you watch them and if so, do you agree? Let us know! Here goes …

1) You gotta speculate to accumulate

Like reality TV, pawn shops have received a bad rap historically. As someone who struggled financially in the pre-ebay/social media era, one of the only places you could get fast cash for your merchandise was the pawn shop. Some pawn shops are legit, some are not, some were in the middle – but where there is struggle, feelings tend to run high.

This is epitomised by the show Hardcore Pawn, which really plays up to its image as the ‘biggest, baddest pawn shop in Detroit’. It’s a highly stylised show, with so many colourful characters it’s difficult to believe even thirty per cent of it is true. But the owner Les comes from a long line of pawnbrokers and the family business is still going strong.

That said, one of the of the most uttered phrases here is, ‘If I can get the item at the right price? I KNOW I can flip it.’

In other words, you need to speculate to accumulate, aka ‘spend money to make money’. But in order to do this properly and make a return on your investment (whether that is actual £££ or time), you have to KNOW your business inside out. Too few writers appreciate this, then wonder why they are not advancing in their careers. Doh!

According to Storage Wars, abandoned storage lockers get auctioned off to the highest bidder. Those bidders then sell on the merchandise, just like in case study 1. Some do it privately, others have shops. For some it’s a hobby; others a job.

What’s interesting then about Storage Wars is the bidders are not allowed to go through the lockers in any detail.  The auctioneers will open the doors so they can get a glimpse, but they’re not allowed to go through the boxes or comb through the contents. I don’t know if this is true of all storage auctions, or just set up in this one case for the cameras in this case, but it certainly makes for compelling viewing as the bidders work out whether they have paid too much for what they end up owning inside.

Like Storage Wars, writing is a crap shoot. We might make enquiries to the best of our ability, but end of the day we may not even know who is reading our work! To get ahead in our careers, we have to make peace with that. If we don’t, when we get rejections or things go wrong in other ways, we will drive ourselves nuts.

3) You have to work together …

Swamp People follows the the day-to-day activities of Louisiana natives living in the swamps of the Atchafalaya River Basin who hunt American alligators for a living during the 30 day cull every year. Hunters are each issued a certain number of tags that must be attached to their kills; once they “tag out” (run out of tags), their season is over, and they may no longer kill any more alligators for the rest of the season.

I became particularly interested in this one because rural living (and the agricultural and traditional associated with this) has always been one of my personal interests, but I discovered even this one can be related to writing.

People hunting alligators work in pairs, for safety but also because it’s incredibly difficult to pull a giant thrashing alligator into a tiny boat on your own when it’s attached to a single fishing line! Writing sometimes feels like that thrashing alligator and only with your peers’ moral support can you truly flourish. This is why I set up Bang2writers (join us!).

As its name suggests, Mountain Men follows approx nine men who scratch a living off the rural wilds of the United States. They live in places so remote that they – and their wives and families – must deal with problems like natural disasters, wild animal attacks and even medical emergencies alone.

Like Swamp People, this show can also apply to the writer’s life because it illustrates that whilst peer support is essential (the Mountain Men may also have friends, after all), ultimately it is up to YOU to get done what needs doing.

5) You gotta make a return

Like Hardcore Pawn, this show is also set (unsurprisingly) in a pawn shop. I don’t know or care which came first, because Pawn Stars’ USP is entirely different. Set in Las Vegas, the Pawn Stars shop claims ‘family over money’ and has set up very obviously as a more ‘upmarket’ establishment than the one featured in Hardcore Pawn.

Like Hardcore Pawn, there is one phrase that gets uttered a lot: ‘I gotta make a return’. This is because the average client does not realise the valuation price is not the RETAIL price. In other words, if the valuation is two thousand dollars, the pawnbroker will not offer two thousand. They need to make a return – money! If they can’t? NO DEAL.

Writers then have to realise they must make a return on their investment – whether it’s literal in terms of cash, metaphorical in terms of time, or both. Too many accept bad deals, rather than no deal. This is an own goal.

6) Your craft has to be the BEST

My personal preference for reality television is what I remember being called ‘fly on the wall documentary‘ when I was a girl. These are shows that join people in a job or way of life, as you can see from the majority of this list (though these days there is usually an interview element as well).

But reality shows are also synonymous with contests. Billed as ‘Bake off With Blades’ by the Blaze Channel, Forged In Fire is about blacksmithing (or it turns out,  ‘bladesmithing’).

Bladesmiths are invited into the forge to make a blade under timed conditions. Contestants are then eliminated by the panel of judges via a series of tests. The final two end up making an iconic weapon from history in their own forges. They then return for more tests by the judges before one is declared the winner.

Bladesmithing is unbelievably intricate and creative. Before I watched this show, I really thought it was ‘just’ about heating stuff ups and beating the hell out of it! I figured there was skill involved, but I was clueless just how much!

This is why I think bladesmithing is the perfect analogy for writing. Most people realise there is skill to it, but they are clueless to how much. But rather than feel bitter about that, remind yourself the BEST craft is *invisible*.

The show follows antique and collectible pickers Mike Wolfe and Frank Fritz. These two ravel around the United States to buy or “pick” various items for resale. They may go to places you expect, like old museums and shops that are closing down; or they may go to barns and warehouses literally full of old junk. Sometimes they even stop randomly by the roadside.

Stuff like car parts, bicycles and vintage toys are obviously of value. But these guys are incredibly enthusiastic about the most unlikely of things – eg. bottle caps, oil cans, and old (broken!) neon signs. I have seen many things on this show I would never have imagined could generate money. As the old Brit saying goes, ‘where’s there’s muck, there’s brass’ – or rather, ‘dirty job = £££$$$’.

And this is what writers can learn: writing CAN be a dirty job. But if you feel compelled to dive in, then understand that potential value for our stories is EVERYWHERE. Including in reality TV! 😉 MORE: Check out more ‘X Things I Learned’ posts

So get out there … And good luck!

previousBetter Safe Than Sued: 5 Legal Tips For Writers
next10 Awesome Tips To Get Your Social Media Posts Noticed