A Spotlight On Due Diligence For Writers 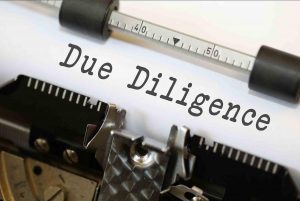 Writers are urged to do their ‘due diligence’ a lot. This is especially relevant when it comes to finding and evaluating agents, producers and publishers, but also any services or we might pay money for. This may include obvious stuff like screenwriting, novel and short story contests, but also other things like writing courses, software and other things we may buy or use.

However, as many Bang2writers may have noticed lately, there is a small but nevetherless stubborn contingent of writers around who think practicing ‘due diligence’ means slagging off and/or smearing people, products and services, especially on social media.

But even writers who would never DREAM of going off one half-cocked like this have reached out to me recently. They say they are not really sure where to start when it comes to ‘due diligence’. Luckily, Aunty B2W is here for you … Let’s go!

Due Diligence, A Definition

Both a noun and a legal word, to practice ‘due diligence’ gives  the following two meanings, according to the dictionary:

Obviously, slagging  attempting to smear people/stuff, then calling it ‘due diligence’ is incorrect. These are neither ‘reasonable steps’, nor  ‘a comprehensive appraisal’ of someone or something’s pros and cons, either.
It should also be noted at this point that if a writer does this, it has become a personal vendetta. This is something completely different to due diligence and should not be confused as such.
What’s more, personal vendettas PREVENT others from being able to practice their own due diligence, especially online, as all they will find are toxic trails of misinformation.
Yes, yes I know what you’re thinking – ‘there’s no smoke without fire’ … Actually, online, it’s the other way around. They’re not called FLAMERS for nothing. So avoid becoming one, wherever possible.

Lastly, personal vendettas should not be confused with ‘right to reply’, either. Whilst anyone who follows me knows I love a good ruck online, you will never find me bitch-slapping someone off the bat for no reason. It will be because they have stuck the boot in to me or B2W first . If you can’t stand the heat, get outta my kitchen! 😉 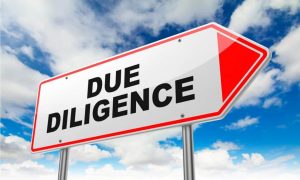 It’s actually simpler than you may think. I will lay out the steps:

Once you’ve done the above, you need to SIFT THROUGH the evidence you’ve gathered. You don’t want to jump in with both feet. Things that are worth considering as you do this:

So, you now have access to a good chunk of background and facts to do with that person, product or service? Now you need to weigh these things up. I suggest writers do this with these things in mind: 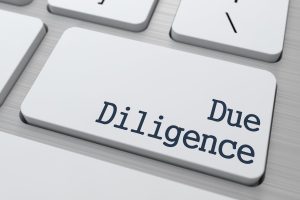 Once you have all this information?

NOW you can make your judgement! Otherwise you’re just fanning the flames of writer paranoia. This is never a good thing, especially when we’re supposed to have one another’s backs.

By the way – 90% of your due diligence should stay offline if you’re a professional. But this doesn’t have to mean keeping it to yourself. There are plenty of people, products and services Bang2write thinks are dodgy, poor value, or irrelevant in the creative industries, having done my due diligence on them.

Rather than slag them off or go on a personal vendetta then, I simply don’t recommend them, or even talk about them. Also, when people practicing their own due diligence on these things ask me (or I see them asking on social media), I send a private message saying I saw their question and that I don’t recommend whatever it was. Sorted.

More About Legal Stuff On B2W:

What Is A Screenplay Option & How Does It Work?

What Is the Difference Between An NDA & A Release Form?

2 Laws Every Screenwriter Should Know

How True Can A ‘True Story’ Be?

previousHow To Survive Being A Writer: Check Out These Fun Memes
nextWe Need To Talk About Lionel Shriver