Rejected? Top 5 Tips What To Do About It 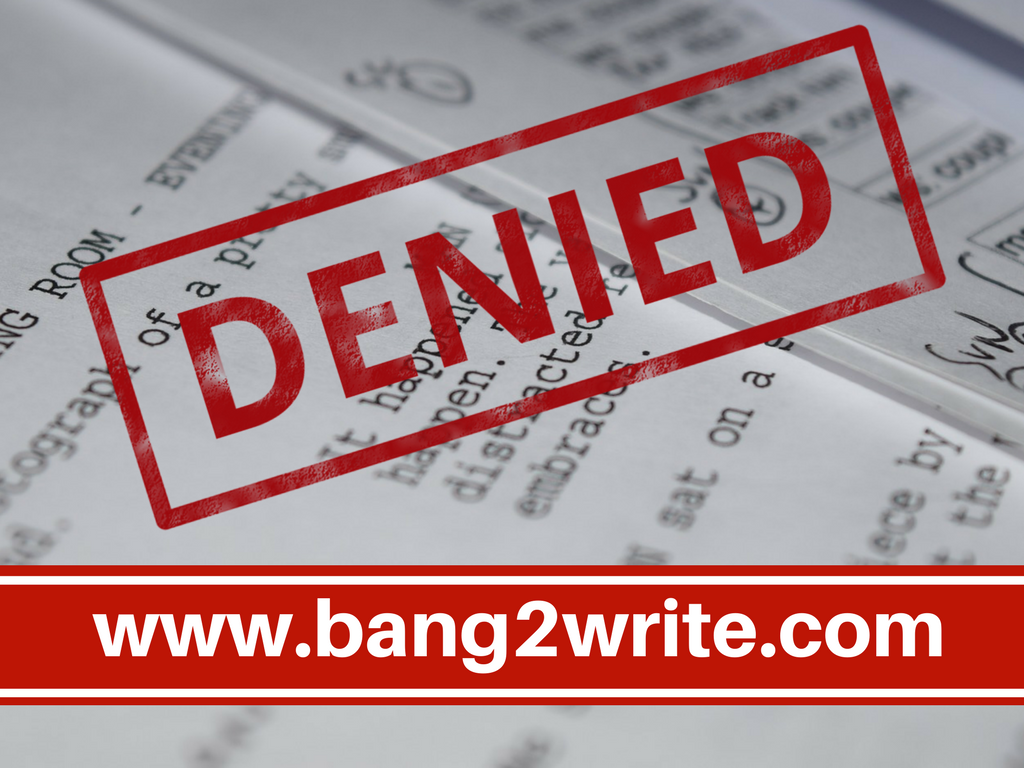 Rejected Bang2writers seemed to be sharing their disappointment everywhere on social media last week, especially in the B2W Facebook group. This was because the results for the BBC Writersroom Spring Drama call were out and many of us (me included, by the way) did not advance, in either the first or second sifts.

Savvy Bang2writers know we will get rejected. It’s not possible to move forwards in our writing careers without this happening. We also appreciate it (usually) hurts less and less each time we get rejected. So, by this logic, we have to just keep going. Right?

Every time there is a big script call like the BBC’s, my inbox gets flooded by rejected Bang2writers asking ‘what next??’ This can usually be broken down into two sections:

I get it. Sometimes disappointment breeds hopelessness, so when we are rejected we might feel like there’s no point in continuing, or we can’t see ‘the wood for the trees’ as the old saying goes.

But there IS a point in continuing and there IS a tree out there with our name on it … We just have to find the bugger, chop it down and build it into whatever the hell we want. Here’s how …

First up, consider – is it any ‘good’, not only in terms of the actual writing, but its concept? How do you know this? Did you:

i) Do peer review? If you did, were those peers the same ‘level’ as you in terms of writing? Were any of them pro writers? Did any of them give you craft-based feedback, or did they give you notes that referred to their own preferences?

ii) Get professional notes? Was the script reader renowned? Or a professional writer’s service? Or was it a pro writer’s side hustle? Do you feel as if you got good, actionable feedback? Did they give you any insight to the marketability and/or concept of the script as well? Or was it all to do with craft?

iii) Have you sent it to other people and places? Have you got good feedback from agents, producers or other people? Has it placed in any other schemes or contests? Has it got you meetings or invites for anything else?

If the answer is YES to all the above, chalk up getting rejected **this time** and move on. If NO, think about doing the above steps, next.

2) Find Somewhere/ Someone Else To Submit Your Script

Loads of Bang2writers write to me every year saying they have ‘no idea’ where to send their screenplays … Why not try these sites and resources? I’ve either used or checked them all out and can confirm they have good stuff and ideas on what next for writers.

I’ve Written A Screenplay. Now What?

‘It’s A Catch 22!’ How to Get Produced Without An Agent

How To Get Past ‘No Unsolicited Material’ 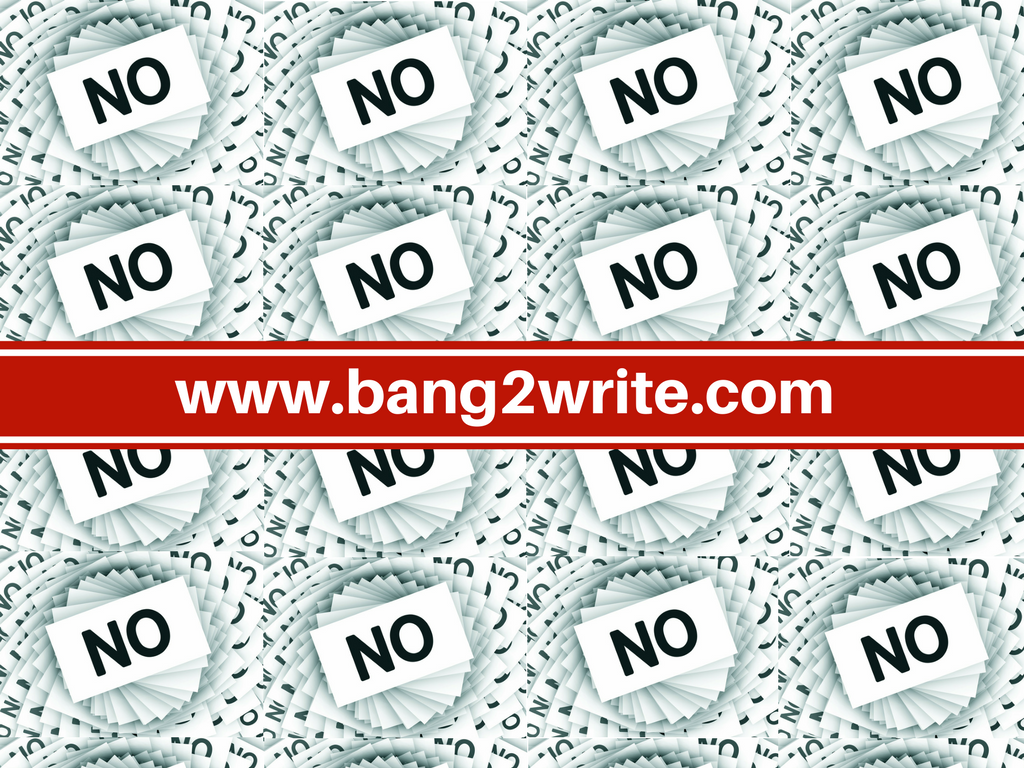 3) Make The Damn Thing Yourself

Done ALL of the above and still got rejected everywhere? Damn!

But wait, it’s not the end of the road just yet … What about making it yourself? No, don’t just say ‘I can’t’. Where there is a will, there’s a way and all producers and directors started *somewhere*. Could your script be made into a:

Bang2writers have done ALL of these things and more. The key is to start researching NOW. It’s only over when the fat lady sings and she is GAGGED in my house.

You’re a writer. Using the same script, over and over and over for everything is madness. You need to be writing and polishing NEW stuff all the time.

Plus it’s got to be stories people actually WANT. If you don’t know what the industry is interested in, or who your target audience is … then you need to do some research, FAST. For advice on how to maximise your portfolio, CLICK HERE.

Throwing spaghetti at the wall randomly may mean you succeed at one thing by accident, but it won’t help you build a sustainable writing career. You need a PLAN for that. So:

Note how I am not advocating that you become a hack, writing solely FOR the marketplace here. You write what you are passionate about AND find out as much as you can about your chosen niche … What’s not like???

I know getting rejected stings. I stopped counting when I got to 100 rejections … And that was back in 2003!!! So, acknowledge the pain and get back on that horse. I believe in you.