B2W likes to offer perspectives from writers on the ‘X Things I Learned’ series, not just about writing or careers, but also some of the weirder things our lives may include from time to time … Cue children’s author Maz Evans, who went SUPER viral on Twitter recently!

If you’re on there, you may have seen this play out in real-time, like me. Here’s what Maz learnt during a crazy 72 hours and I’m sure it’ll pop up in her writing at some point. It’s all material! Over to you Maz … 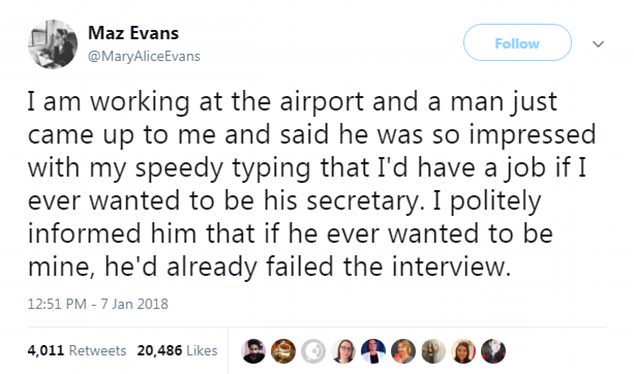 It was no big deal. I was awaiting a flight to Glasgow, banging away on my laptop as usual. A man tossed a business card on my table. ‘Get in touch if you’re ever looking for secretarial work,’ he said in passing. ‘I’m always looking for fast typists.’

I stopped him, returned his business card with a smile and said that as I was working on a Sunday, I was the one who could use secretarial support. But given that anachronistic gender assumptions weren’t part of the job description, he had just failed the interview.

He roared with laughter, apologised for being ‘a bit of a dinosaur’ and offered to buy my lunch. I quipped that as I’d been inundated with job offers sitting there, I was flush, so no thanks. He laughed, we wished each other a safe journey and I went back to my laptop. I recorded this little fraction of life on Twitter, as I regularly do, and boarded my flight. That really was it. 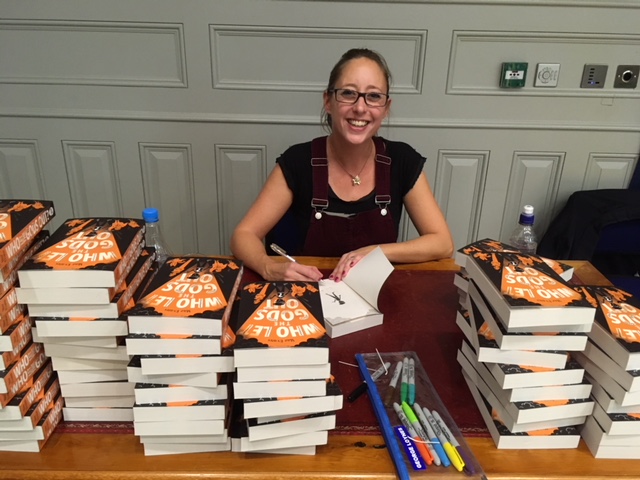 But when I reached Glasgow and switched my phone back on again, I had over 10,000 notifications on Twitter. And over the next two days, they just kept on coming. My tweet had gone viral – and I was about to get a crash course in what happens when social media goes nuts.

Here are the 5 things I learned from 72 crazy hours:

1) Timing is everything and nothing

Maybe this tweet surfed on the wave of discussion about the professional treatment of women, maybe the Twittersphere was bored of a Sunday. But my feminism is neither new nor especially remarkable – I had posted many such wry observations before – why this one flew, I’ll never know. MORE: 6 Ways To Great Ideas From Social Media

2) The world is good

The overwhelming majority of tweets were supportive and congratulatory – or found it funny, as did I. It’s so easy to get hung up on negativity – as a writer, I am painfully aware of this – but actually, most people are good and kind. Oh, unless a certain right-wing daily newspaper decides to print your (unauthorised) story. Many who commented on that are akin to the non-descript fungal fodder I scrape off the back of my fridge. MORE: 5 Debates On Female Writers That Really Need To Die 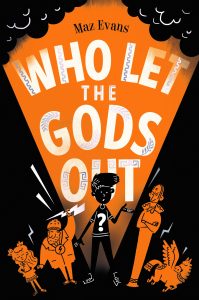 That said, what staggered me was how many respondents couldn’t see that this man’s behaviour was at best, presumptuous, at worst, sexist. The main criticism I received was that I had been arrogant and the man was just being nice – how would I have responded if he’d offered a similar job to a man? Or a more senior job to me? But that was rather my point. He didn’t. MORE: Top 5 Social Media Mistakes

4) Sisters aren’t doing it for themselves

Sadly, I have made this observation in life, but some of the most vicious attacks I received were from other women. Some felt I was demeaning secretarial work, which couldn’t be further from the truth – I worked as a PA for years, no-one respects that profession more than I. But if we are divided, we’ll continue to be conquered. Girls, we need to stick together. MORE: 5 Problems With Female Leads

5) And this too shall pass

For three days, I dreaded looking at my phone. I received everything from celebrity endorsements, to rape and death threats. I took neither more seriously than the other. But it made managing my Twitter a total nightmare as I use it to communicate with my readers and those tweets were getting buried. But then it petered out. The world kept on turning. It was another bizarre moment in my crazy life and it passed. Just like everything always does. MORE: How To Use Social Media To Market Your Novel

Am I wiser, more cautious, chastened for the experience?

It was a bit of a lark and life moves on. As one of my favourite literary heroines, Beatrice from Much Ado About Nothing remarks, ‘foul words is but foul wind and foul wind is but foul breath’. I have a thousand new Twitter followers and a comedy newspaper cutting to show that it happened.

And if this writing malarkey doesn’t work out, I have a nailed-on job offer. No harm, no foul.

BIO: Maz’s debut children’s novel Who Let the Gods Out was published by Chicken House in February 2017 and was selected as the Waterstone’s Children’s Book of the Month. It entered the bestseller charts on its first week on sale, has sold to 17 countries worldwide and has received over 20 award nominations, including the Carnegie Medal, Branford Boase, Books Are My Bag and Waterstone’s Children’s Book of the Year. The sequel, Simply the Quest was published in August 2017, Beyond the Odyssey in April 2018 and Book 4 will publish in 2019. Maz also narrates the audiobooks for the series. Follow her on Twitter as @MaryAliceEvans.