Why PADDINGTON 2 Is The Best-Written Family Sequel, Ever 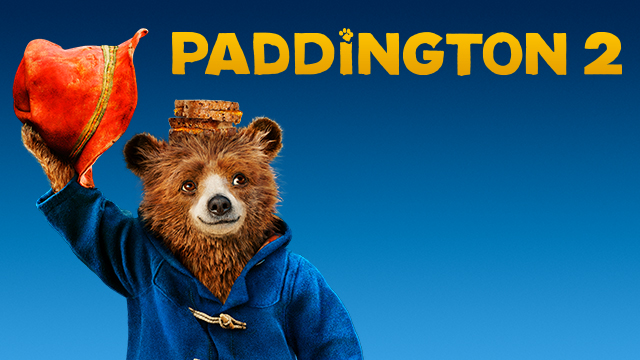 Have you seen Paddington 2? I did, over the Christmas break (which seems like a MILLION years ago now! Waaah!). In fact, I ended up seeing it TWICE!

But unusually, I had no issues watching Paddington 2 a second time because it was so damn good — a script editor’s dream, in fact! I actually think it improves on the first Paddington in pretty much every way. Here’s why, plus what writers can learn from it as ‘Top Tips’ to take away. Ready? Let’s go …

1) The plot has a MacGuffin

A MacGuffin is ‘a plot device in the form of some goal, desired object, or other motivator that the protagonist pursues.’

In Paddington 2, the pop up book of London serves as the catalyst for the story … First in terms of Paddington wanting it for his Aunt Lucy’s birthday (and needing to earn money to buy it). Then by drawing antagonist Phoenix Buchanan into the action at the steam fair when he hears about it and decides to burgle Mr. Gruber’s shop to get it.

As soon as the dastardly Phoenix gets involved of course, the doo-doo REALLY hits the fan. Thanks to a case of mistaken identity, poor Paddington ends up IN PRISON! OMG!

I see MacGuffins so infrequently in both spec screenplays and unpublished novels, but Paddington 2 demonstrates what a superb – not to mention dramatically satisfying – device this can be.

TOP TIP: Find out as much as you can about plotting and the devices you could use in your story. Unusual devices done well can really make your work stand out. MORE: What is the MacGuffin?  (Plus how to use it)

2) Paddington is a change agent

A lot is made of transformative arcs in screenwriting generally … The notion of a protagonist having to undergo some sort of change is accepted by newbie screenwriters (and some gurus!) as an ABSOLUTE. This means they can get very lairy when it’s suggested characters DON’T have to change! What’s more, family movies often place some sort of realisation at their heart for the protagonist, so probably 9/10 characters in this genre DO change.

Paddington Brown is an exception. Instead, like Forrest Gump before him, Paddington is a ‘change agent’.

In other words, he stays exactly the same, but inspires others AROUND HIM to change … Whether that’s the Browns, Knuckles and other the men in prison, or the neighbours on his street. Paddington is a character that brings  new realisations WITH him, just by being himself. Refreshing!

TOP TIP: Protagonists DON’T have to change. Realising this – and what you can do instead – can really open up story and character. For more on Change Agents, CLICK HERE.

Very often in kids’ and family movies, antagonists are ‘comic book villains’, ie. evil for the sake of it. The first Paddington was no different in this regard. Millicent, Nicole Kidman’s character, had a real touch of Cruella De Vil about her. She was fabulous fun for sure – her Mission Impossible antics in five inch stilettos was a highlight – but there was little ‘real’ about her.

In comparison, Phoenix Buchanan is a much more fleshed-out character. Whilst he is as flamboyant and larger-than-life as Millicent, he also feels much more human. We understand his history with the Koslova circus, plus why he doesn’t want to have to do dog food commercials. We’re invited into his worldview so much, we even feel as puzzled as him when he discovers the Browns in their pyjamas, hiding in his living room.

Most of all, however we feel sorry for Phoenix. His scenes with the dummies in the attic are easily some of the strongest in the movie, plus they really show Hugh Grant’s range, under-used until now. That’s why his epilogue scenes, as the credits roll, are so joyous: Phoenix has found his place at last! It truly is a happy ever after for everyone.

TOP TIP: The best, most memorable antagonists feel like real people, with their own motivations and counter-goals. MORE: 7 Reasons We Love To Hate Villain Characters

For the uninitiated, an ‘Easter Egg’ when it comes to movies (and similar) is ‘an intentional inside joke, a hidden message or image, or a secret feature of a work.‘

My favourites were the newspaper headlines Knuckles is reading in the kitchen. They include some brilliantly groan-worthy puns (if you missed them, watch out for them next time!).

What’s more, Paddington 2 makes brilliant use of Magical Realism. This means the storyworld is a whimsical version of reality that includes fantastical elements. Whether it’s transporting us INTO the pop-up book mentioned in point 1, or the Browns’ home turning into into a dollhouse, or the prison inmates’ escape plans underneath the prison, the story world reminds us this might be the real world … but *not quite*. And what do you expect, when there are talking bears as well!

TOP TIP: The storyworld your characters find themselves in can underscore the tone of your story, as well as many other functions. Don’t under-utilise story world in your narrative – it can add so much. MORE: 7 Tips On World-Building

5) It gives every secondary character a motivation …

Unusually, it’s the Browns – NOT Paddington – who essentially solve the crime (even though the poster might say ‘It Takes A Bear To Catch A Thief!’). The Family – plus housekeeper Mrs. Bird – do all the legwork. First they track down what they think first is a gang of thieves, only for Mary Brown to put all the pieces together. That’s when they realise it was just one man: Phoenix Buchanan, master of disguise!

But even though the family have an obvious motivation pertaining to the plot (prove Paddington is innocent and get him out of prison), each character has his/or her own problems as well. This makes for fantastically layered characterisation, which also becomes plot points in their own right …

I’ve not seen many films that have done such a great job of tying everything up in a bow (that doesn’t feel saccharine and overdone). This is because Paddington 2 knows the importance of balancing both character and plotting in a truly great ending. 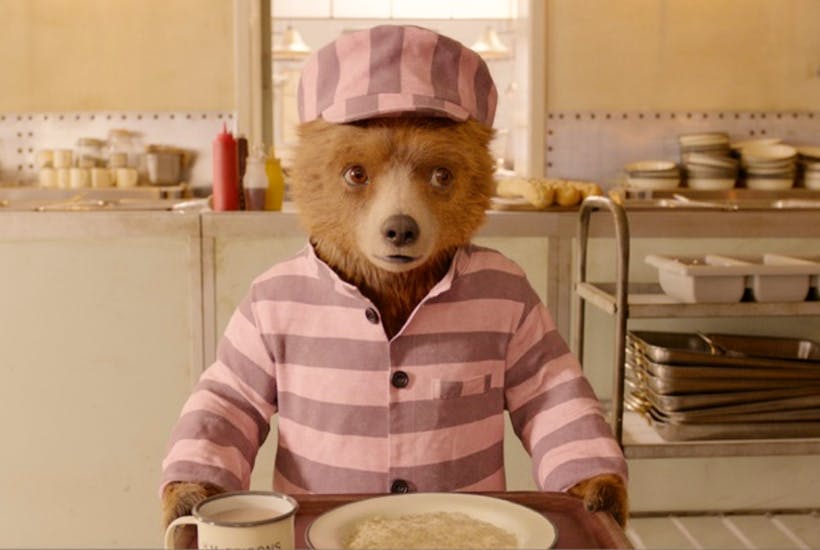 6) … And peripheral characters are not just decoration

Peripheral characters, animal or human, all have their place in the narrative. Wolfie the dog provides some of the best scenes with Paddington. It’s Feathers the parrot who produces the key element of exposition regarding the real perpetrator, without it being obvious or forced.

From there, whether it’s …

Plus, The Judge – and Paddington’s haircut calamity, not to mention his being on the train with them all as well – was absolutely hilarious. Arf!

TOP TIP: Peripheral characters are frequently thought of as ‘throwaways’, but Paddington 2 shows us they can not only perform their own function, they can help push the plot forward meaningfully AND add to the storyworld. MORE: 7 Characters That Nearly Always A Big Mistake

My sell-out course, BREAKING INTO SCRIPT READING is back for its SIXTH year in 2020! If you’re interested in becoming a script reader, or finding out more how script readers may assess YOUR own writing – or both! – then this is the course for you. ULTRA early bird tickets are on sale now. GET THEM HERE, or click the pic on the left. See you there!

1 thought on “Why PADDINGTON 2 Is The Best-Written Family Sequel, Ever”