10 Writing Lessons From Carrie in Sex And The City 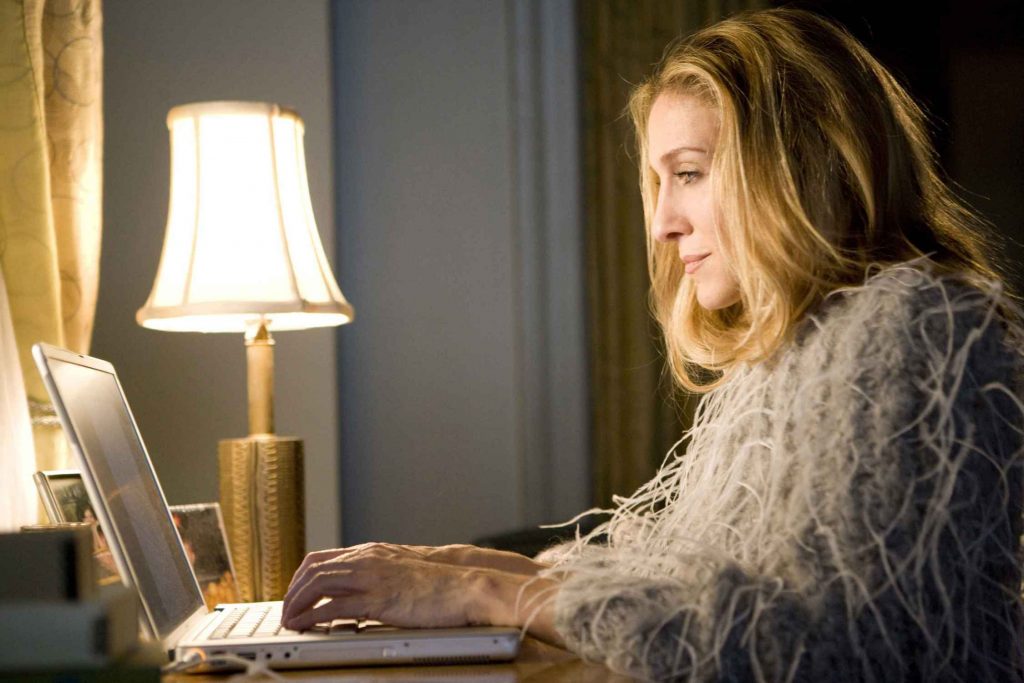 You may have seen some of the TV episodes. What you may not know is, originally, Sex and the City was a book. Rather, it was an anthology from a column that author Candace Bushnell wrote for The New York Observer between 1994-96. Whether you have read the anthology or viewed it on TV, there are some 10 writing tips that you can take from Carrie (and Candace!):

Unless you are a James Michener with a large research staff, stick “close to home.” Bushnell’s character Carrie writes a column for the fictional newspaper and lives in Manhattan, Bushnell’s home territory. If you try to “go” somewhere with which you are not familiar, your descriptions will lack realism and will seem stilted. Pretty tough to describe the Atlantic shore of Florida if you’ve only been on the Gulf side of the state. MORE: 5 Reasons To Write WHERE You Know

2) All Fiction is Grounded in the Author’s Reality

Even if you write science fiction or fantasy, the plot, the characters, the setting, the conflicts are all embedded somewhere in your experiential history, even if that history is partially a result of your imagination or of those you know. Use these in your writing, and you will have credibility.

3) You Can start “Small” and Expand

Bushnell probably did not envisage a book and a TV series as she wrote her column. Start with short stories. These can provide the fodder for a lengthier tale as you reflect on them.

Epiphanies are rare in real life. Carrie never had an epiphany. Her behaviors, her thoughts, and her pursuits never changed significantly because of any major “awakening.” Actually, epiphanies can be rather boring unless they are a part of extreme plot events. If you want your character to have an epiphany, then it had better be along the lines of Charles Darnay in A Tale of Two Cities.

It’s okay for your readers to love certain things about your female characters and to hate other aspects. Modern fiction tends to depict major female characters as independent, strong-willed, self-sufficient, and in pursuit of their own goals. And yet, they should also have weaknesses. We can admire Carrie’s success and her drive/ambition. On the other hand, her love life is in shambles; she is narcissistic, led by her emotions, addicted to shopping, and can be quite shallow, even willing to betray a friend for a sexual tryst. These traits certainly do not endear us to her, and yet we are fascinated and keep “coming back for more.”

It is okay to give your female characters qualities to admire AND also traits that are major shortcomings or flaws. “Goody two-shoes” females have never really engaged readers, so keep this in mind as you develop any major female character. MORE: How NOT To Write Female Characters

All novels are somewhat autobiographical. As you develop plot and characters, you draw upon your own experiences and of people you know. However, no novel should be a thinly-disguised memoir. Too many authors use their pens for catharsis. Your horrible home life growing up does not necessarily make a great plot. Bushnell’s Carrie Bradshaw was certainly autobiographical, but it worked because Bushnell had no “axe to grind” and no need for emotional release. Fiction must entertain, not drag a reader into an abyss. MORE: Top 5 Mistakes Writers Make With True Stories

James Michener wrote sagas. And they worked. Ernest Hemingway wrote short pieces. And they worked. You are probably somewhere in between. If your novel is getting long, it’s time to review and edit. Newbie authors tend to take 1,000 words to say what seasoned authors can say in less than 100. Each scenario of Sex and the City is fast-paced and contains critical dialogue, thoughts, and events – nothing more.

Consider this too: If you have a novel that reaches a modicum of success and readership, it is likely that it will be translated into other languages. Many foreigners love to read American and British fiction. The more verbose you are, the more difficult it is to get good and accurate translations, and your book could “flop” with foreign audiences. MORE: All About Novel Word Counts 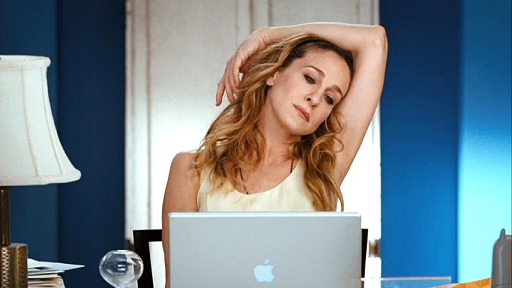 Carrie faces an emotionally-charged issue at the beginning of each segment. Usually, these relate to her latest relationship, her lack of financial responsibility, or her career events. While you are not writing an anthology, you do need to introduce your protagonist immediately and present emotions with which your reader can relate.

9) Being Well-Read Does Not Mean You Copy the Classics

Every author has grown up with the classics – Moby Dick, A Tale of Two Cities, Jane Eyre, War and Peace, ad nauseum. While you may have admired these authors and their timelessness, you are not writing for their audiences. Readers today want a rapid pace and writing style that relates. Bushnell is a master of pace and style that connects with today’s readers.

10) Plot and Characters are Inseparable

You can start the idea for a piece of fiction based upon an intriguing outline of a character, but unless you can surround that character with conflicts, you have nothing. And you can begin a piece of fiction on a storyline, but unless you can immerse an amazing character into it, you have nothing. This inseparability of Carrie and the plotline is what makes Sex and the City work.

There you have it – 10 writing tips straight from a hugely popular book (or TV series). Take from them what you will, but remember this: success is hard to argue with. MORE: How To Avoid Plotting Hell And Save Writing Hours

BIO: Dina Indelicato is a blogger enthusiast and freelance writer. She is always open to research about new topics and gain new experiences to share with her readers. You can find her on Twitter as @DinaIndelicato and Facebook.

previousTop 10 Words That Will Kill Your Writing DEAD
next6 Things I Learned From Debbie Moon, Showrunner on WOLFBLOOD