1 Word That Will Kill Your Female Characters DEAD 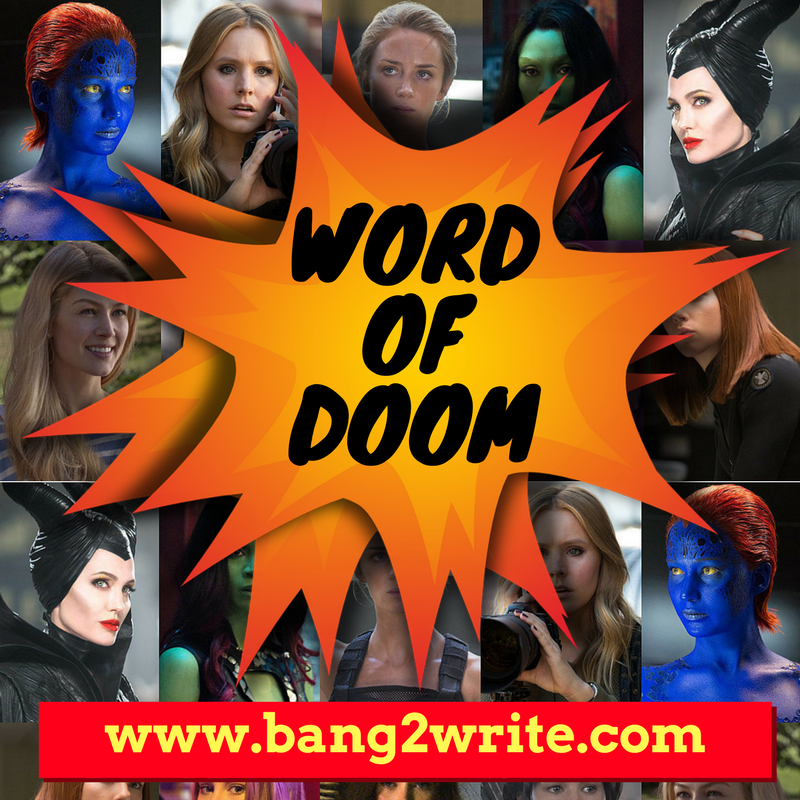 NEWSFLASH – there’s a single word that could be undoing your great female characterisation. Do you have it in your writing?

Before I reveal what this CLANGER word is, let’s first consider what GOOD words there are to describe female characters.

Everyone has an opinion on what female characters should BE … This might include:

Hell, this blog is no different.

In the past five or six years, female characterisation has gone from being sidelined to the forefront of writing discussion. This is obviously great, but has its problems too.

After all, it’s pretty ironic when those wanting more varied characterisation, themes or storyworlds can’t always recognise it … Even when it’s staring at them in the FACE.

So maybe it’s time to think about WHY?

It’s true that there have been some fantastic female characters lately. But a good dose of VARIETY is still not something we see as standard when it comes to female characters, which is probably why sooooo much femcrit is yet to catch up.

After all, like most of the male characters before them, most of these great representations of female leads are:

But they’re also one other thing too … a single word. Which is: 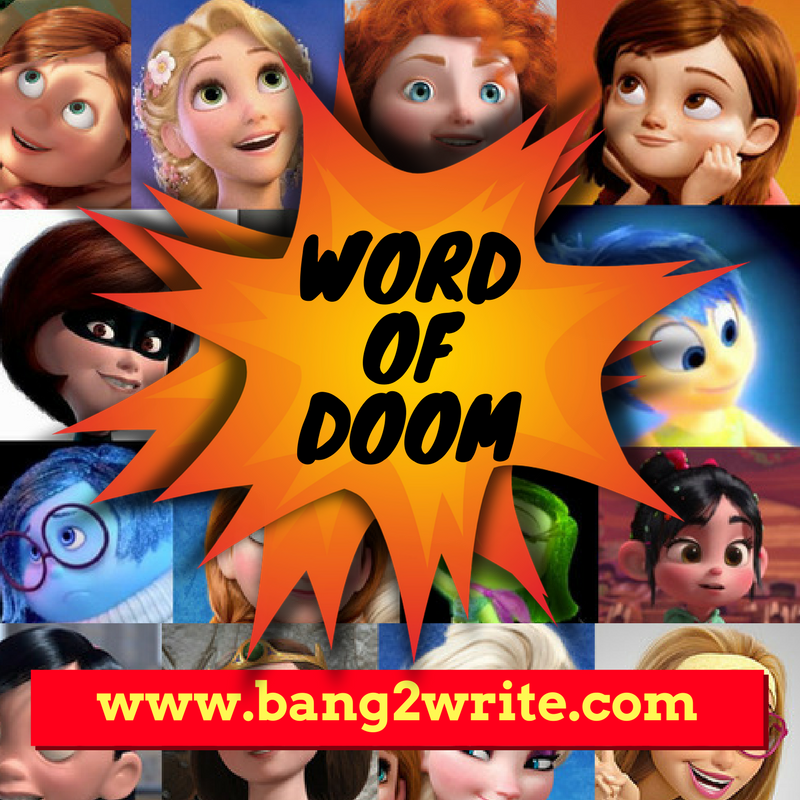 That’s right – ‘Beautiful’ is the WORD OF DOOM! It’s the word I see most often when I read female character introductions in screenplays (a lot of unpublished novels too, now I’m on the subject).

Remember, a male lead might be good-looking too, but this is a given … They’re still more likely to be introduced by their character traits, than how they look. Gnash!!! Feminism aside, this is NOT good writing. (BTW, we may also see other variants of this word too, ranging from ‘pretty’ to ‘sexy’, so don’t be letting yourself off the hook yet).

So, this means female characters are unfairly burdened by writers (and filmmakers) from the page UPWARDS. Eeeek!!! But hey, don’t take *my* word for it. Check out what actress Amber Heard has to say on the matter in a recent Vanity Fair article.

Yeah … bad, innit. THIS IS JUST FOR STARTERS, PEOPLE.

Here’s What Writers Can DO

Stop introducing female characters by the way they LOOK. Just stop it.

Look, no one’s saying your female characters *can’t* be hot, or that you’re an automatic misogynist if you use these words. Hell, I’ve done it myself. But that’s the point – WE ALL HAVE. And politics aside, it’s DULL.

‘Cos great characters are what they DO.

Writing Adages Explained: ‘Characters Are What They Do’

🌵 #B2Wreviews pt 2 - this time GOLD, a man vs nature thriller 🌵From the ridiculous to the sublime ... TOP GUN MAVERICK is explosive and cheesy, but GOLD is minimalist, quietly menacing and at times, excruciatingly visceral. Here's the story info: "In the not too distant future, two drifters (Zac Efron, Anthony Hayes) travelling through the desert stumble across the biggest gold nugget ever found, and the dream of immense wealth and greed takes hold. They hatch a plan to excavate their bounty with one man leaving to secure the necessary tools. The other man remains and must endure harsh desert elements, ravenous wild dogs, and mysterious intruders, while battling the sinking suspicion that he has been abandoned to his own fate." Efron is a great actor who is frequently underrated by virtue of how good-looking he is. Here he somehow looks like absolute shit whilst also being absolutely beautiful 😆😆😆Seriously ... Alone for approximately 60-70% of the movie Efron does a GREAT job here. His performance is committed and time never dragged for me. There's some good Mad Max (first movie) vibes here too. It's clear the world has broken down somehow but writer-director Hayes (who also acts in the film) doesn't go overboard which makes it more intriguing. Plot-wise not enough happens but thematically it's really strong with high stakes. I wish Efron had more to do but his performance is so compelling I found I could forgive the lack of heart-stopping events since the threat of the desert is put across so well. I saw some reviews saying the ending is shit. I could not understand why because I LOVED the ending (even of it was hella dark) BUT THEN they *do* ruin it with one element that leads to *the very last image* with a twist on a twist. These rarely work imho cuz they can feel inorganic. Ignoring that tho I loved the conclusion for Efron's character. If you love survival thrillers with just one person in most of it, you will definitely enjoy this. In the UK it's available on Amazon Prime. Enjoy 👍 ... See MoreSee Less

✈️ Time for a new #B2Wreviews: TOP GUN MAVERICK ✈️I'd write 'no spoilers' but that would be pointless. You've seen this movie already ... literally. It's the same jingoistic story, with the same soundtrack, the same arcs, hell even many of the story beats are IDENTICAL! There's even some homoerotic undertones like the first. In real terms, it's **exactly the same movie** except it's swapped-out the idea Maverick is an upstart challenging his superiors to young people thinking he's too over-the-hill to be relevant (but of course he's still got a few tricks 😆). The dialogue has all the subtlety of a hammer to the face just like the original, but it lacks the iconic soundbites like 'I feel the need ... the need for speed!' and 'Your ego is writing cheques your body can't cash!' 😪There's some nice age commentary here tho, even if it is on the nose. I liked the rescue mission in the ancient plane. Iceman's addition is a nice touch too. Theres a female pilot this time around. She doesn't have a lot to do but then none of the pilots apart from Maverick and Rooster do. Jennifer Connolly's character is a nice addition: she is a single mom with her own life, work and issues. She doesn't wait on the sidelines or get hysterical. She even takes her kid out on a boat rather than wait for news on whether Maverick has managed to get himself killed or not. All in all it's a by-the-numbers movie that is overshadowed by constant fan service. That said, the aerial photography is AMAZING in the cinema. If you enjoyed Top Gun as a kid, you will enjoy this. ... See MoreSee Less

NEWSFLASH: the industry can be harsh AF!!Part of writing life that is NOT talked about enough: when your champion leaves the company, it can be all over. New Execs usually clear the decks of old screenwriting projects. They have their own ideas, passions, writers they want to work with, etc. This can happen in publishing too BUT there can be more protection - authors may have two book deals which have to be honoured. That said, the new exec may bury that book so it doesn't get the attention it deserves. I don't know which is worse: having to let go of the screenplay and walk away, or do the book when nobody cares anymore?? (I suppose with the latter you still get paid). For more FREE writing help 👇www.bang2write.com/resources ❤️Shannon & Swift: We write the script. Do notes. More notes. More notes. Everyone loves it. Then something happened that had never happened to us before but has happened many times since, and it's always absolute death: Our Exec left. The person who bought it, was now GONE. ... See MoreSee Less

You are not 'just' a writer. Too many of us minimise our dreams or even the fact we earn money writing! Laypeople often underestimate the amount of hard work that goes into this job. They think we are just mucking about for the fun of it. That's okay - they don't know any better. Laypeople don't know how hard it is to withstand the constant disappointments and get things written, redrafted and submitted for very little or even NO ££$$. But as writers we know how hard it is. We shouldn't be complicit in minimising our achievements. ✅️ Getting something on the page is a BIG DEAL. ✅️ Getting it redrafted is a BIG DEAL. ✅️ Getting meetings & pitches is a BIG DEAL. ✅️ Getting options and contracts is a BIG DEAL. ✅️ Going the DIY route self-publishing and filmmaking is a BIG DEAL. You've grabbed your dreams and are working your ass off to make them a reality. Never, ever forget that. ✅️ YOU are a big deal ❤️❤️❤️Join me & #LondonSWF365 next month for BREAKING INTO SCRIPT READING, a course not just for wannabe script readers but also writers who want to see how their screenplays are judged 'behind the scenes' 👇👇👇🔗 www.scriptreading.co.uk 🔗 ... See MoreSee Less