Some of the best writing advice I ever heard was, ‘the antagonist thinks s/he’s the GOOD guy’! Even in the case of comic book villains, they can’t be entirely two-dimensional … they must be 3D and authentic, with real worldviews of their own. This is why this article by Adela is so true — the best antagonists and villains really CAN teach us a thing or two about being writers! Enjoy … 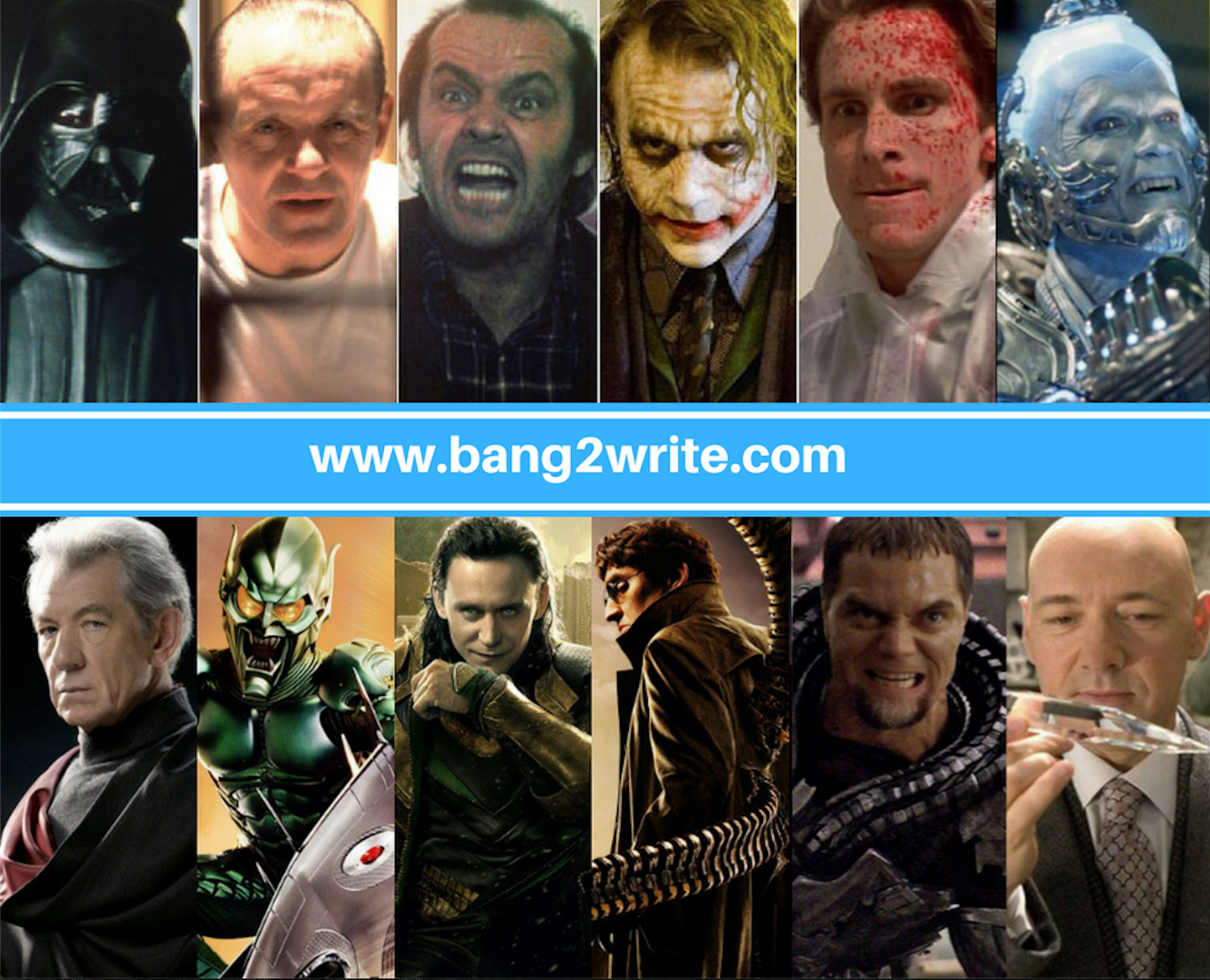 In the world of movies, the protagonist’s goodness is directly related to how powerful the villain is. This is the reason why most of the villains are generally power hungry, wise men while the heroes start from the bottom.As any writer knows, the antagonists are the backbone of any film; this is why the greatest of the movies have the baddest of villains!

In general, people can learn a lot from movie villains … But as writers, antagonists have provided us with a plethora of wise words  that can help us overcome ANY challenge. Not convinced? Here are 4 top villains in the movies and what writers can learn from them – Enjoy!

1) The Joker (The Dark Knight)

Well, you were expecting this, weren’t you? If we measure by popular opinion Joker has to be the ‘baddest’ of bad guys! This insane anarchist leads the world towards destruction and chaos and is the man who makes Batman’s life miserable.

But what can writers possibly learn from a man like this? How about:

“Introduce a little anarchy, upset the established order or everything becomes chaos.”

If you read between the lines, this quote sheds light on the importance of reinvention and experimentation in your established writing style. If you do not keep breaking your foundations every once in a while, you will never learn anything new about writing. Plus, if they become mundane and repetitive your words will lose all meaning and can only become the cause for your self-destruction. Eek!

In other words, if you do not introduce a little anarchy to your system? You will literally lose the ability to create. You cease to be an artist anymore. Just a wo/man typing meaningless words in a vacuum! MORE: How To Create A Memorable Antagonist 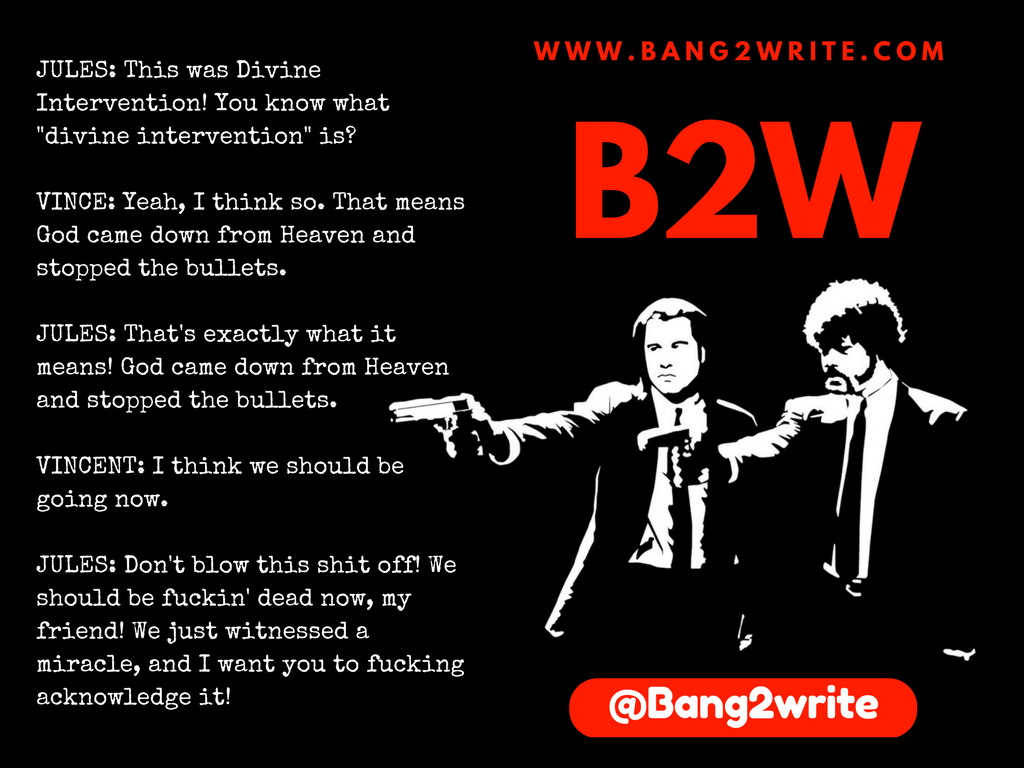 Jules is the coolest of gangsters … Every word that came out of his mouth in the film is a quotable piece of dialogue! So, what can writers learn from this guy? Well, perhaps the most important part of his character arc in Pulp Fiction — ‘Divine Intervention.’

But what is this? Well, if we rephrase it to our modern context, the term would be – magic! As writers, no matter how much you practice your craft, writing comes out from an inexplicable source inside your head. Jules teaches us that you MUST believe in magic — in an intervention that is beyond your grasp. For that is where true art comes from. MORE: How To Make It As A Writer (This Shit Ain’t Accidental) 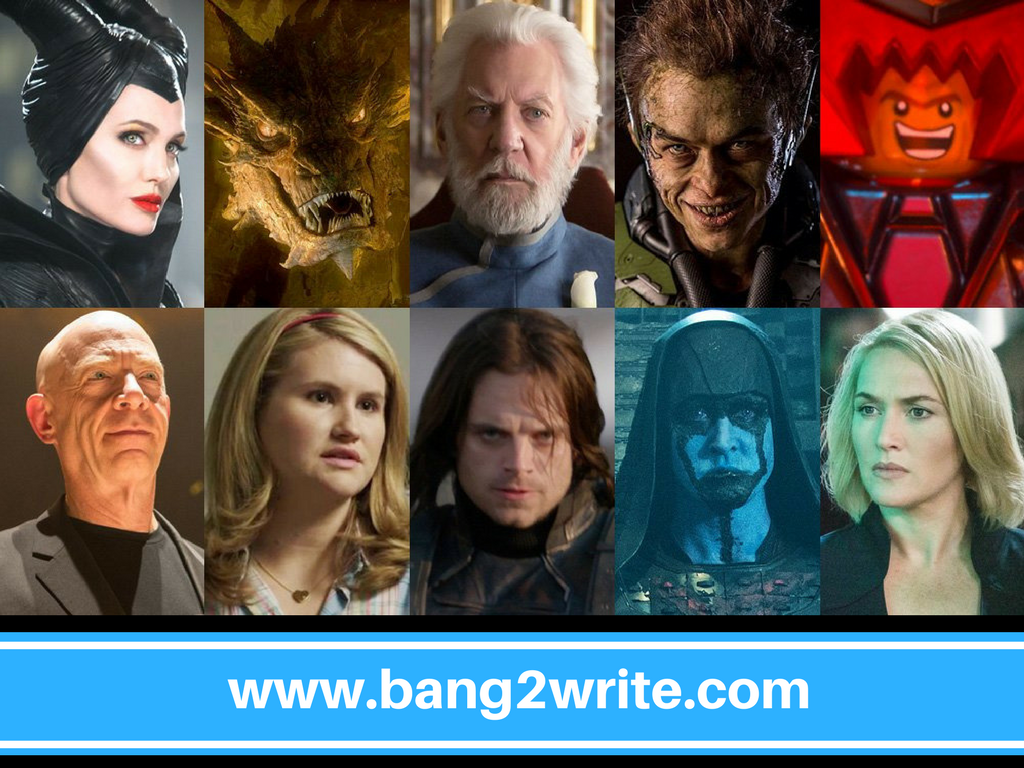 The contemporary badass! The character of Terence Fletcher is the very antithesis of how a teacher should be. Though, if you think about it — he has given the world two thoughts that are exceedingly relevant for our times:

These two quotes should be the guidelines for writers. Complacency is a disease; the words ‘good job’ manifests the sickness. This is what Terence Fletcher meant when he said these two lines. You have to constantly push yourself. You CANNOT settle for anything less. MORE: 3 Ways To Overcome Perfectionism 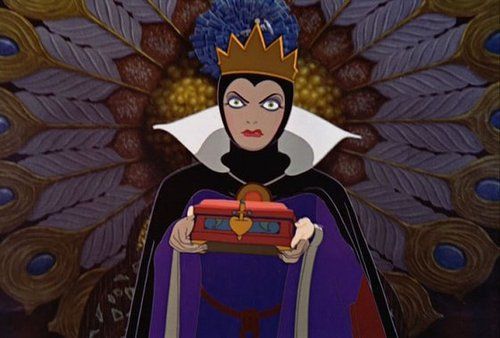 This is a woman who went so far as to want Snow White killed and place her heart in a box. She is definitely a character who’s given nightmares to many a little girl … YIKES!

But what is worthy to note though is the Evil Queen’s complete and utter determination towards her ultimate goal. She wishes to be the fairest of women and to be that she will do whatever it takes! When the Queen realises that the huntsman she sent to kill Snow White has been unsuccessful, she resorts to taking the matter into her own hands. If you want a job doing, do it yourself!

This quality is a must-have for all writers. When an idea strikes us, we start with an impulse, but gone-a-few-days and we can become lazy … Out enthusiasm can dissipate. So this is what we must learn from The Evil Queen: like her, we must work towards achieving our goals with perseverance and determination. MORE: How To Set Meaningful Goals And Stick To Them

Just like heroes, villains too have a lot to teach us — it’s just about how we look at them and what we choose to learn from them. After all, villains are people with great qualities but the wrong intentions (at least from our moral point of view!). But as writers, by employing these qualities and keeping our intentions in the right place, no one can stop us from becoming the writers we want to be!

BIO: Adela Belin is a private educator and a writer at Writers Per Hour. She shares her teaching experience with colleagues, students, and writers. Feel free to contact Adela on G+.
Share this:

3 thoughts on “4 Awesome Movie Villains Writers Can Learn From”