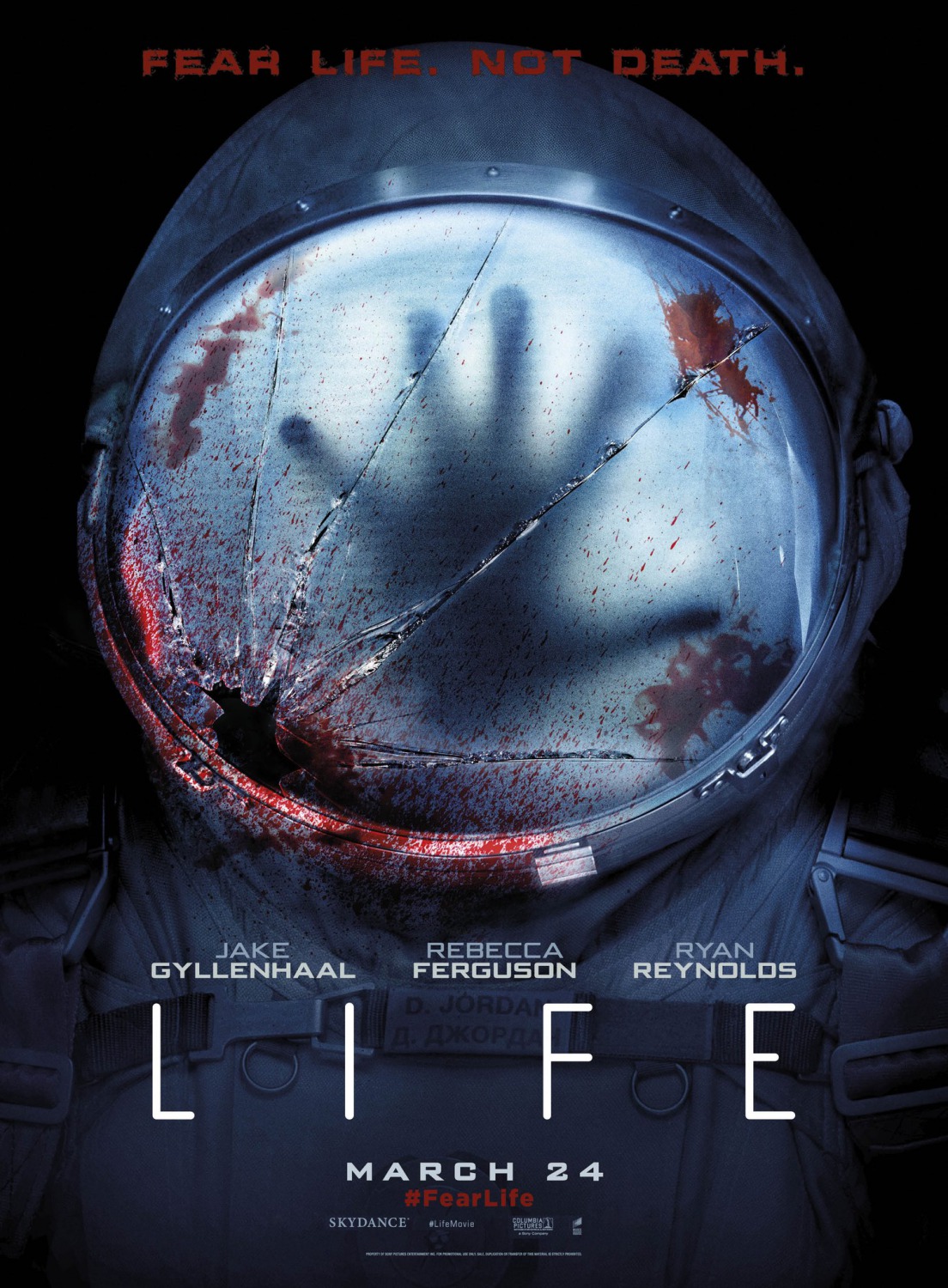 So I watched LIFE recently. I love a good space movie, not to mention a creature feature, so creature features in space tick all the boxes for me. Add Jake Gyllenhal *and* Ryan Reynolds?? BINGO.


So, here’s my thoughts on this movie and what it can teach screenwriters in the way of a script report. Ready? LET’S GO:

The screenwriting/directing team behind this movie also brought us Deadpool and Safe House, so needless to say we’re in pretty safe (arf) hands here. These guys know their space movies, especially Alien and we’re treated to some excellent gore and some impressive set pieces, as you might expect.

What you may NOT expect is that we are very much in Horror territory. In terms of storyworld, it is one of claustrophobia and dread. This is particularly interesting because in the past twenty to thirty years, creature features – especially sci fi ones, starting with Aliens and Predator, carrying through to the likes of Pitch Black and Cloverfield – have been almost exclusively Thrillers.

Secondly, there are some interesting gender flips in terms of characterisation. Gyllenhaal is quiet as David, preferring space and his own company like Ryan Stone from Gravity. Our female captain displays excessive responsibility and heroics like Dallas in Alien; plus Rebecca Ferguson’s character Miranda is the voice of reason throughout to crying and freaking out men. 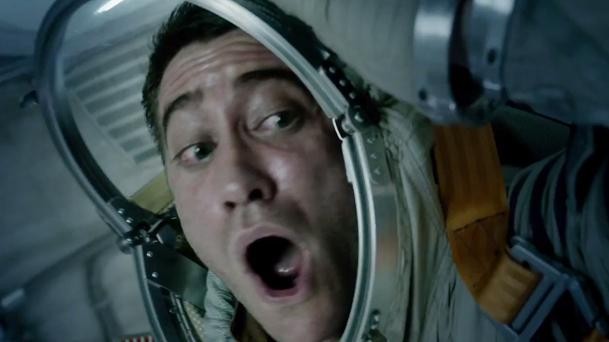 In terms of race, the Japanese astronaut Sho is a family man (yes, that is unusual for an East Asian character!); plus our Doctor Frankenstein Hugh is not only black British, but disabled too. Neither die first either, or perform the ‘expendable hero’ role function most associated with BAME secondaries in this ‘type’ of movie.

In fact, all the characters have surprising elements to their characters. Whilst Reynolds plays your average wise-cracking space cowboy, he also displays hidden depths too, telling our doctor Frankenstein, ‘There’s five guys at home who can do my job. Only you can do your job. You’re drunk on this.’

Lastly, the monster is pretty cool. We see it evolve throughout the movie from a moody starfish through to a scary squid to a massive floating cobra thing. It was unlike anything I’d seen before, which is saying something. Also the way it crept over everyone like a mad boa constrictor/octopus FREAKED ME THE F*** OUT. Job done.

Lastly there are two EXCELLENT reversals in this movie. One at the end of Act 1; the other in ACT 3. If you like nothing else in this movie, these make it worth watching because you see good reversals so infrequently in blockbusters.

In watching Life, two things stuck out very much to me:

1) Narrative logic/continuity. In terms of the monster, we’ve seen this creature before. He’s a microcopic lifeform that grows with scary speed and takes over everything (so must not be able to reach Earth).

In other words, we GET THIS and we can cope with new stuff piled on top. So I liked that it evolved into different things and killed people in different ways.

However, WHAT the monster is looking for seems to change throughout the movie. At first, it is drinking coolant from the space ship. Then it’s drawn to blood drops and dead bodies. THEN it goes after oxygen candles. WHY?

Because it fits in with the plotting, rather than its own motivation.

Remember the Xenomorph has only one motivation – to kill and eat. Its threat is absolute, as an individual or as an army or even just an egg! The same with multiple other alien life forms. Even different ones have just the one motivation – eg. The Predator wants to fight, to be the best.

In contrast, in Life it felt like they were trying to be too clever here. As a result, the monster’s threat seemed to come in fits and starts which affected the overall dread factor, imho. 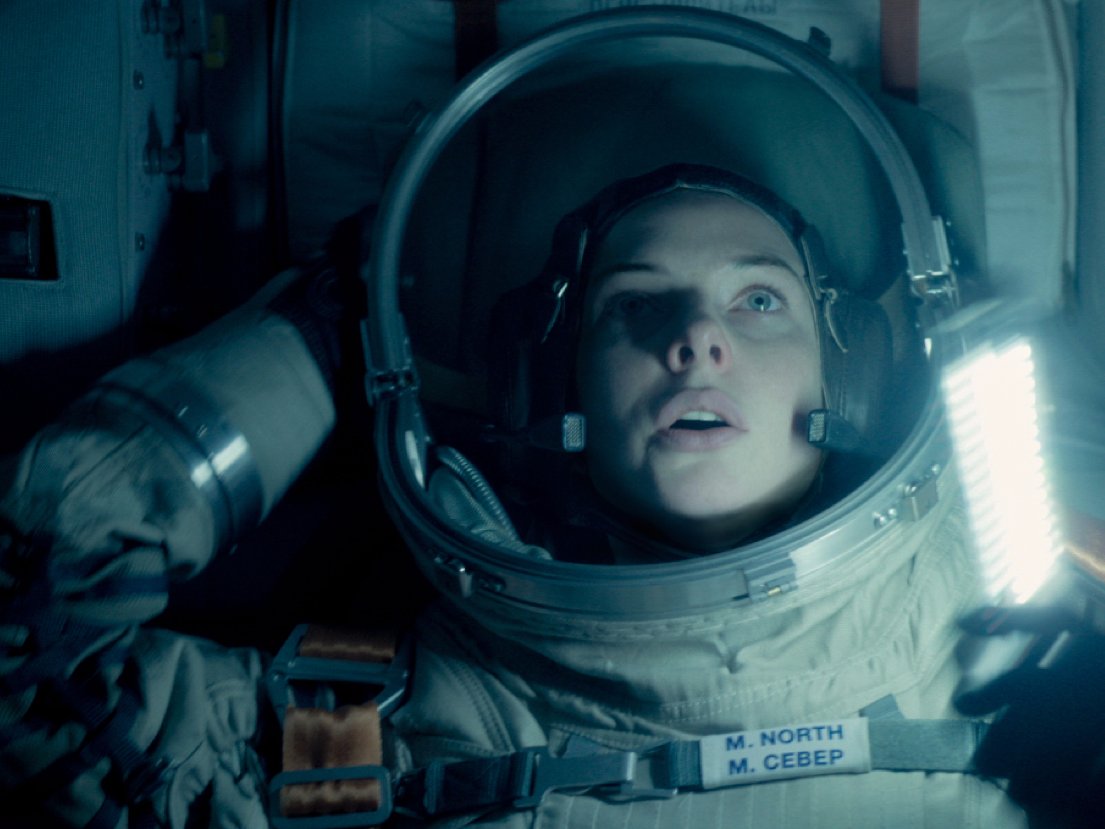 2) Genre. Secondly, there were waaaay too many nods to its predecessors throughout; it felt like A ‘greatest hits’ or even what Alien Covenant *should* have been! Obviously a movie like this needs homages etc to keep the die-hard fans happy, but here there was not enough NEW stuff in terms of the actual plotting.

Basically, if you feel you know how this will play out – despite some good character work and two impressive reversals – it’s because you DO. It is 2017; we’ve had nearly 40 years of films like this now.

In short, there was too much old stuff and not enough NEW stuff – it’s not genre busting ENOUGH.

Life is a satisfying movie if you all you want is some good gore and plenty of good-looking men screaming for 90 minutes (who doesn’t?). But the two lessons screenwriters need to take away are thus:

Establish the rules of your monster early on and stick with them. Don’t make it fit the plotting decisions of the human characters — make the human characters have to dance to the MONSTER’S tune. Freak them out, exhaust them, leave them without any other choice than vanquishing the beast.

PLUS, if you’re going to write something in a genre with a very rich history of previous storytelling? Make sure you find that THING that makes yours unique, especially if you’re a spec screenwriter. Homages simply aren’t enough.

previousTop 10 Things to Avoid as A New Writer
nextTop 7 Myths About Being A Writer – BUSTED!