THIS Is Why Your Writing Career Is In The Crapper 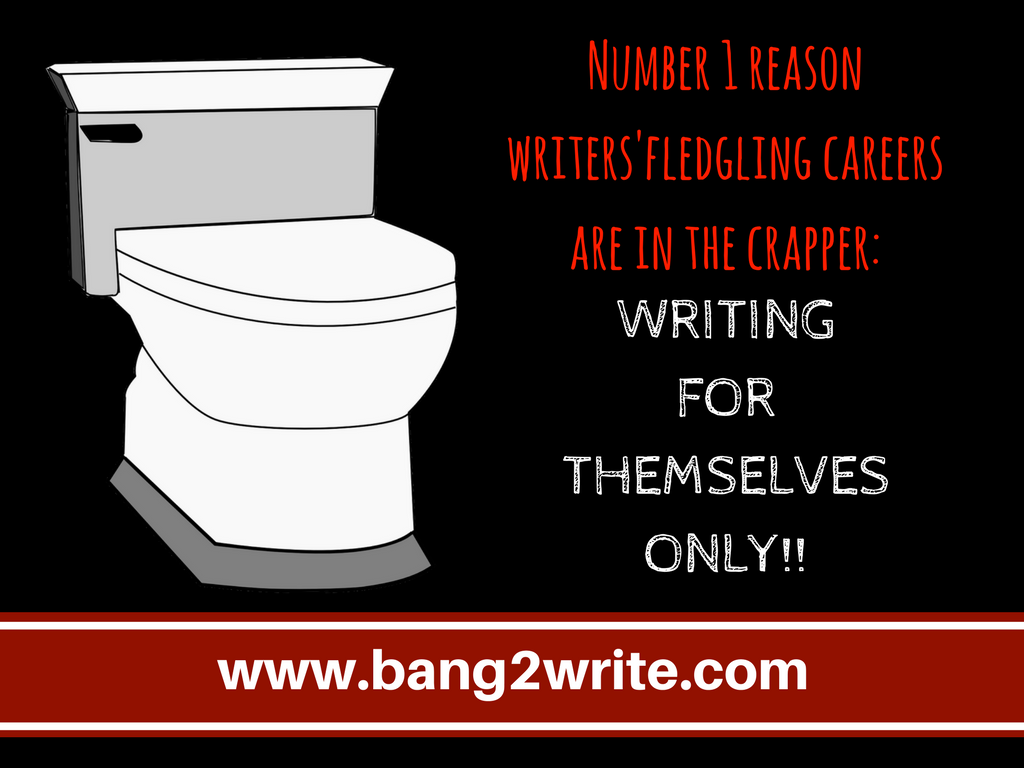 Feel Like Your Writing Career Is In The Crapper?

Very often, Bang2writers send me S.O.S emails and messages about their writing career being ‘in the crapper’. They will feel they are ‘getting nowhere’ and can’t see how to improve their lot.

They may also express incredulity *their* stories are not getting any traction … Especially when they believe the likes of Hollywood or Big 5 publishers produce a load of crap.

You may have noticed (!) that B2W is about what NOT to do when it comes to writing … That’s because there is no ‘right’ way to write, but there ARE loads of pitfalls writers can fall into.

This may be craft-related, but just as often it will be down to TIMING – ie. what you’re writing NOW (and/or the way you’re writing it) feels stale and old, so best to leave off for now and do something else.

The vast majority of Bang2writers totally get this and I’m always gratified to see them making headway with their writing because of it. They tell me B2W has inspired them and/or helped them. They’re getting meetings; or winning contests; signing with agents; they’re making films and publishing novels.

This is AWESOME. They obviously did all the hard work, but the fact B2W has shared their journey in some small part makes me feel fuzzy inside.

So this rant is not directed at those Bang2writers – the ones making progress. Rather, this is about those writers who come to me and say:

‘Why am I not getting anywhere?’

These Bang2writers will express incredulity. They’re putting in the effort. They’re doing the work. They have the strategy. They’re no better OR worse in terms of talent than they Bang2writers making progress. Plus they’re writing about what they’re passionate about.

Why can’t they advance in the same way? WHAT GIVES??

So I ask them what their pitch is …

– Oh, I don’t have a pitch. You need to read the novel/screenplay for that.

Nonononono a MILLION TIMES no!

If you don’t have a decent pitch, you don’t have a chance of standing out … Whether that’s via the spec pile; at a pitchfest in real life or online; or on the DVD or Amazon virtual shelf and beyond. FACT.

In fact, here’s what agents, producers and filmmakers think when you pitch them.

Next up in PITCHING DOOM:

WRITER: My pitch is … [describes ‘around’ the story]

ME: But I still don’t really understand what the story is.

WRITER: Were you not listening?!?

You only have a few words to NAIL your pitch. We’re talking in the region of 25-60 words, but very often writers will describe ‘around’ the story, using cliché or even boring phrasing that seems vague and uninspiring. Yet the best stories JUMP OUT at you from pitch level. True story! 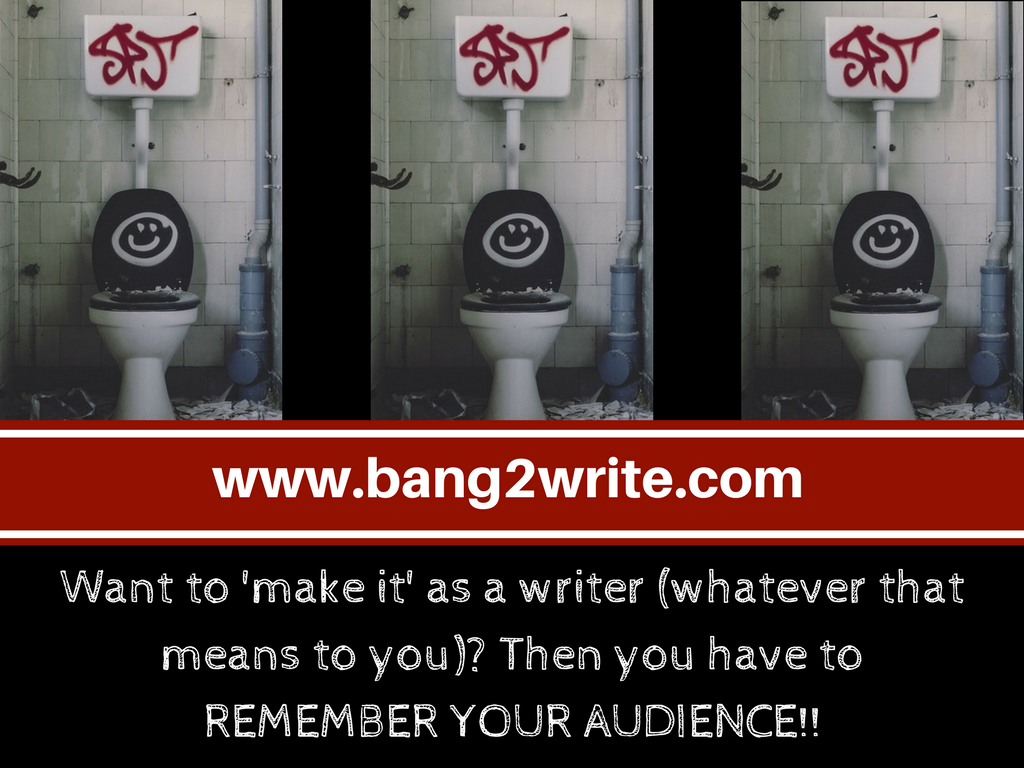 Lastly, we may deal with what I call the ‘familiar’ pitch:

WRITER: It’s something you see loads of (ie. a vampire, zombie or werewolf story).

ME: What’s different about it? Does it bust the genre?

For my personal fave:

WRITER: It’s a vampire, zombie or werewolf story … with a difference!

ME: Oh great, what’s the difference?

WRITER: You’ll have to read it to see.

Passion alone is not enough

Writers will tell me they’re passionate about that stories; that their unpublished novels and spec screenplays mean ‘so much’ to them. If they could just get people to READ THEIR STUFF then they will see how great it is!!!

But of course writers are passionate about their own work. No writer starts out on a project saying, ‘You know what I’m going to do? Write the most BORING novel or screenplay IN THE WORLD because I want to TORTURE MYSELF IN THE EXTREME!’

In short, it’s a given you’re passionate about your own stuff. Sorry!

Your audience is not just you; it has to connect with OTHER PEOPLE too to get anywhere. It really is as simple – and as difficult – as that.

You have to get OTHERS on board

If you want to get your writing career out of the crapper, you need to get others on board with you. Most writers know this, but a huge proportion don’t know HOW to do it.

So the mistake they make is in thinking, ‘I’m passionate, my stuff is great … therefore others will think it’s great too and want to get on board.’

People get on board projects because the story is IRRESISTIBLE to them in some way. This might be because …

Preferably, all FIVE things (note: the more you can tick off in this list, the more likely your unpublished novel or screenplay is to SELL … Just one may not cut it).

Remember, industry pros can come up with their own stories too — so yours has to really ROCK and persuade them to forego their own stuff and get on board with yours instead.

Yes, it is as hard as it sounds.

So, if you’re not getting off the starter blocks and/or not advancing in your writing career? It will most likely be because of 2 things …

It may even be BOTH these things. Supersadface.

Whatever the case, these two things are a problem because it means the writer has not illustrated who the audience is for their project … and if you want to SELL your project? You have to in identify and  connect with your target audience!

So GET ON WITH IT!! For more help, check out The B2W Virtual School and grab your free course. Enjoy!