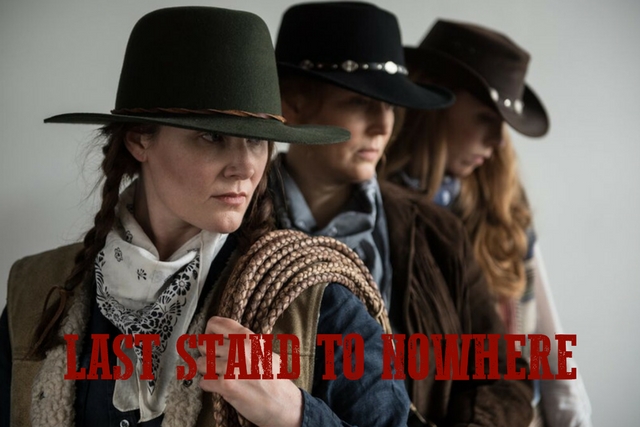 Western films have seen periodic resurgences but nowadays they tend to be relegated to the cable channel movie of the week, direct to DVD, or video on demand.

The Western has always been a boys’ club and the great bastion of the Madonna/Whore trope; the woman as either a representation of sexless social virtue or a baseless woman driven by it.  The genre is famous for men who are vagabonds, drifters and gunslingers while the women exist in a state of near invisibility.

That doesn’t mean that there aren’t memorable female characters in Western films but the ones you remember are severely hampered by the genre’s limitations.  These five characters certainly did their best to remain visible. 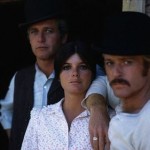 Not a choice some would make, I know, but don’t under-estimate Katharine Ross. This is a small role that is often remembered for the cheesy Etta/Sundance bicycle ride. With any other actress Etta might have been relegated to the “who was that again” pile. Instead, she’s been remembered fondly for almost fifty years. Ross had so little to work with and made so much more with it than many would have and that’s why Etta Place is not invisible. 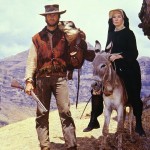 A Spaghetti Western made in Mexico with American money; the international film formula of 1970. As a youngster I loved the fact that a woman was the co-star. As I got older I realised Sara was the most efficient female character in the history of Westerns; she was both Madonna and Whore all rolled into one. Sara was a hooker pretending to be a nun in order to help Mexican revolutionary forces.  All you need to know is that Shirley MacLaine makes her feisty, strong and interesting and for 1970 Westerns, especially Spaghetti Westerns, that says a lot. 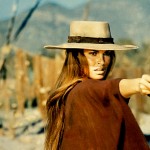 Sara was the sidekick we never knew the genre was missing, while Hannie was the genre’s attempt at social commentary gone mediocre. Hannie is raped and her husband is murdered so she learns to handle a gun and goes after the men who brutalised her. I’m uncomfortable with the sexy promo pictures around a story about a raped woman, but it was the 70’s and this was an era where women began the fight to be heard. Hannie was a part of that era’s discussion. Hannie Caulder has been mentioned as one of the influences behind Tarrantino’s Kill Bill and that has solidified its place in Western history.

First came the spunky Kim Darby; annoyingly sweet and earnest, she eventually grew on you but make no mistake, this was always John Wayne and Glen Campbell’s movie. Mattie is the catalyst for their journey and bromance. As the prototypical teen role of 1969 Darby was one of the best of her day and made the most out of her second tier status. 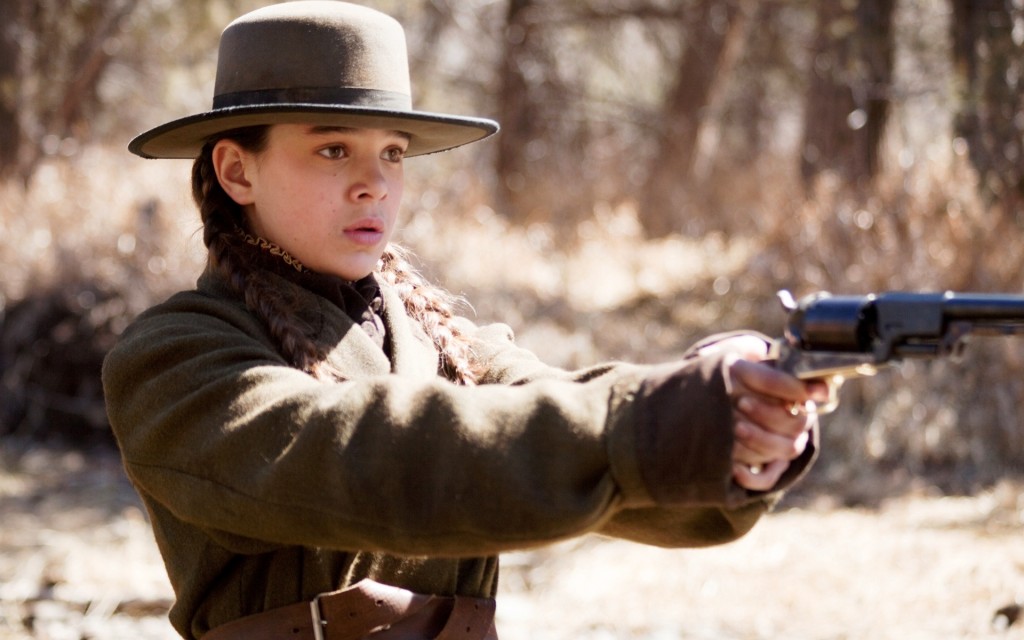 Fast forward to 2010 and there’s a hard edge to the spunkiness of Hailey Steinfeld. No one expected that Steinfeld would end up stealing scenes right out from under the moustache of Jeff Bridges’ version of Cogburn and that her ability to chew up every minute of screen time would catapult her to an Oscar nomination.

Sam Raimi tells the story of Ellen, also known as Lady, a woman who resembles the “Man with No Name” as she returns to town to exact revenge on the man responsible for the death of her father and the guilt-ridden ruination of her life.  This is Raimi’s homage to the Spaghetti Western and Sharon Stone plays Ellen with bang on Clint Eastwoodesque delivery. 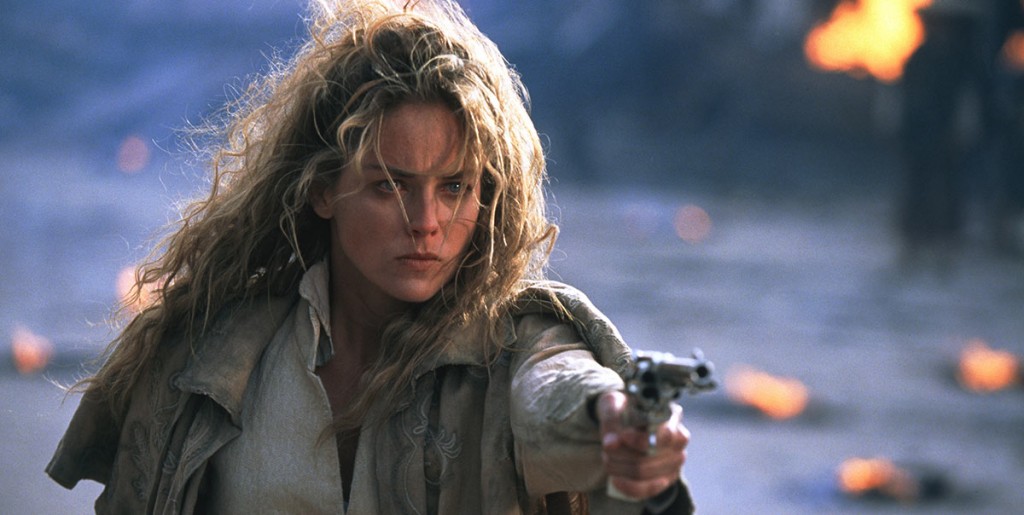 Ellen is never a Madonna and never a Whore.  She is, however, the woman that rights the wrongs done to her with a pistol and steely resolve. She is the embodiment of everything that is wrong in Western films by being the female embodiment of what is right about them. All this and she saves the town with the help of the fallen preacher and the blind shoe shine boy.

There’s a problem with Westerns that few have tackled or even wanted to. While the stories of ambition and greed play out in Shakespearean manner against the vast vistas of an untamed land, there’s a human toll to the storytelling tropes of the genre. Half the population is missing in Westerns, which makes it ripe for a new generation of storytellers.

BIO: I’m Michelle Muldoon and I want to right the wrongs of Western cinematic lore by making LAST STAND TO NOWHERE, an all-female re-imagining of Gunfight at the OK Corral.  I’m a writer turned filmmaker who loves nothing more than to write heroic, damaged, sarcastic women who save the day. 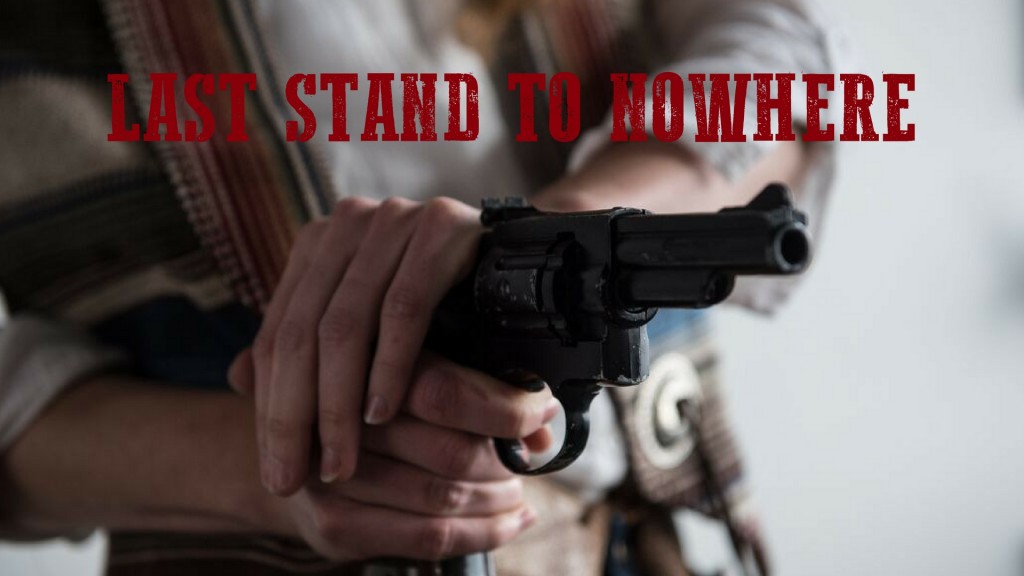