So, just in case you’ve been hiding under a rock or in outer space, my crime novel The Other Twin is OUT NOW! Published by the mighty Orenda Books, you can find all the details about The Other Twin HERE, or check out the graphic below … 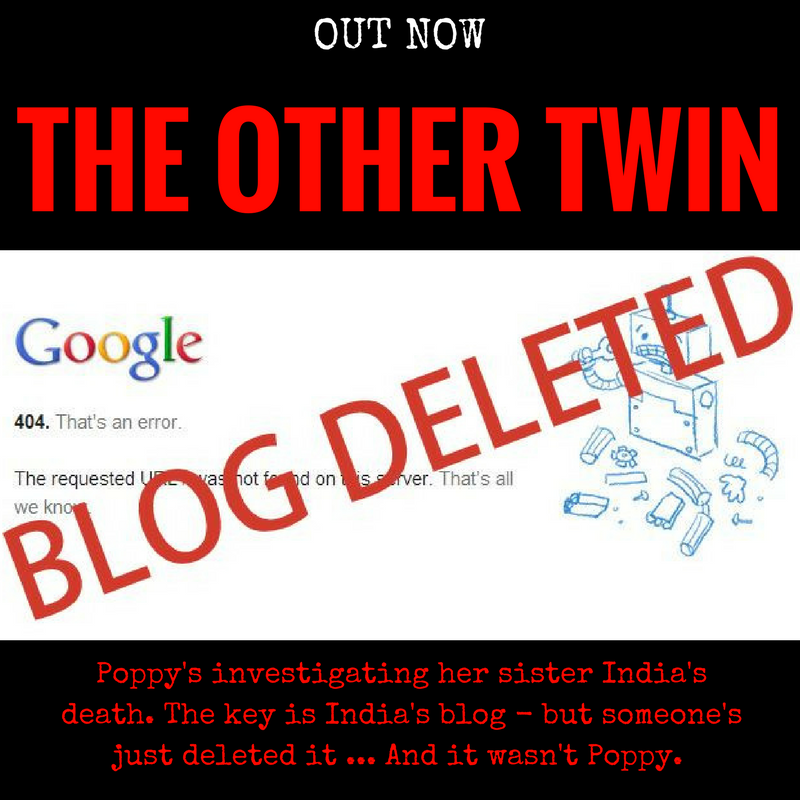 Then please me do a favour and add it to your Goodreads shelf!

In the meantime, here are the lessons I learned I writing The Other Twin – some of them are to be expected, others are quite surprising … Let’s GO:

1) You gotta start as you mean to go on

Okay, okay I knew this one already … I preach it on this blog all the time when it comes to screenwriting! But wowzers, *knowing* where to start on a novel is like having to write your first ten pages of your screenplay WHILST ON CRACK and the house is burning all around you!!

I’m SERIOUS. I went back to page 1 and rewrote the beginning FIVE TIMES. And I’m not talking a few tweaks here and there, I’m talking HUGE COLOSSAL DIFFERENCES. I must have written in excess of 25K words that got junked, never to see the light of day again. Eeek!

But it’s okay. I love the beginning now to The Other Twin and so do the early reviewers, so it all works out!

TOP TIP: When editing, take a look at your chapter 1-3 on your novel. Start on 3. Furrealz! MORE: 5 Things To Remember When Writing A Mystery Or Thriller

2) Structure is a bitch

Crime fiction is plot-based, like screenwriting, so I figured I would be okay. After all, I love structure and spend all my time advising writers about it, so this stuff would fall into place … Right??

I planned and planned and planned and you know what? I ended up chopping off the beginning; moving the second turning point back to the mid point; removing not one, or two, but THREE narrative threads; I also ended up merging several characters to fit in with this. Exhausting! But thank God for screenwriting books and worksheets, they saved my arse.

TOP TIP: Check out visual aids for screenplay structure … They can really help you with your edits when it comes to plotting a novel!

3) Music can be a great prompt

As anyone who’s ever been to my house knows, I always have music playing. I grew up in a musical house (my Mum was a piano teacher and taught from home), so it’s a no-brainer for me.

But one thing that really helped me when writing The Other Twin was, surprisingly, music and its stars. I never set out to model my characters on musicians, it kind of happened organically.

Here are some of the people that came to mind as I was writing the main characters:

Poppy is my protagonist in the book and she can be incredibly reckless. She doesn’t always think of others’ feelings either (so some might call her a bitch). But she also has a big heart, so this song seemed perfect for her. There’s a strong resemblance between this singer Meredith Brooks and the next one (as well as their styles), so worked for the sisters.

India is Poppy’s sister and a philosophical, ‘live let and let live’ hippy-type. Originally, the character of India was named Isobel. However, in this song below Alanis sings ‘Thank you India …’ and I had it on repeat so many times that when I read back some pages, I realised I had replaced ‘Isobel’ with India. So I kept it.

Matthew is Poppy’s on/off boyfriend in the book. He’s an impassive, brooding sort – though he hasn’t always been this way. I’m a big Empire fan, so I was listening to a lot of the OST whilst I was writing … Jussie Smollett plays Jamal in the series and is so sexy I couldn’t help but visualise him in my mind!

Ana is Matthew’s twin sister. She’s fiercely loyal to her family but not afraid to stand up for herself. She’s also very beautiful and has also appeared in Empire, so obviously Alicia Keys came to mind.

The mysterious Jenny is a fighter, a real ‘riot grrl’ like I’d been in the 90s growing up. I saw her as a goth-type right away, but it was when I revisited my old fave Garbage on Youtube I remembered Shirley. Jenny got bright red hair as a result and this forms part of a plot point in the book.

TOP TIP: Stuck with your own writing? Why not have a look through your own music collection and take a look at the musicians – could get those creative juices flowing again! MORE: Focus On Format – All About Music

4)  You can have too MANY twists

In an earlier draft, I had an extra twist to The Other Twin that was considered very taboo (I can’t say what it is, else I will give away the existing twist away!). It was dark and freaky and I was very excited about it. It was one of those where you think, ‘This will either be AWESOME or TERRIBLE!’

Needless to say – because I ended up removing it – was that it was terrible. It did not hit the mark with beta readers early on the submissions cycle. Supersadface.

But why, was very surprising to me: rather than because it was taboo, it was because those readers thought it TOOK AWAY from the ‘main’ twist. Words like ‘cluttered’ & ‘distracting’ came back. Well I’ll be!

TOP TIP: If you’re writing a mystery, consider your pay-offs. Do you have TOO MANY? Sometimes we can stretch too far in trying to impress. Sometimes you can have to much of a good thing and actually DETRACT from the main twist. 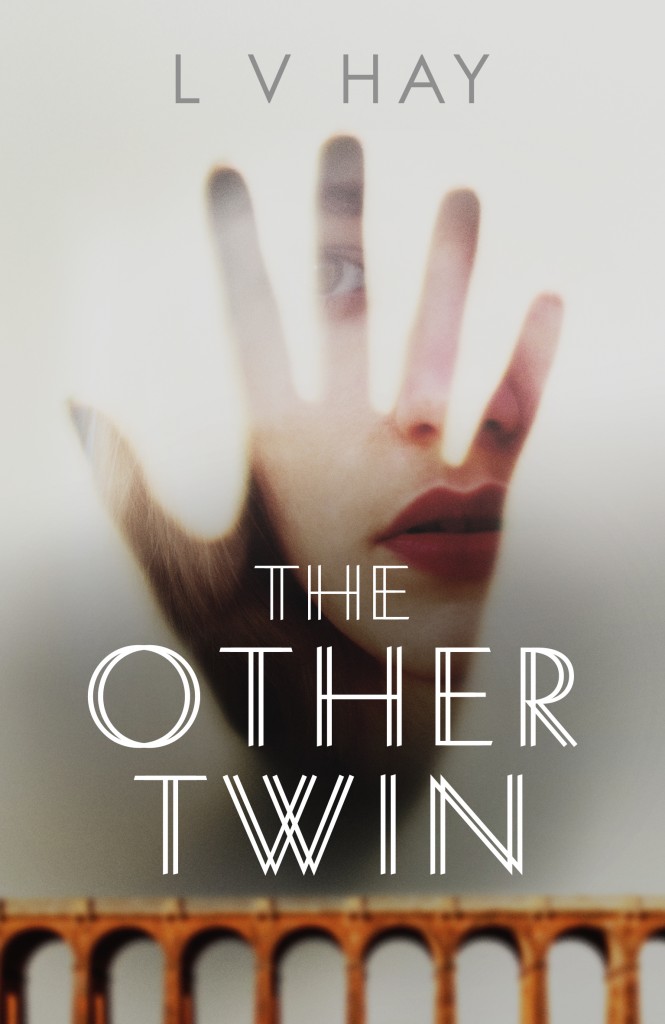 5) You have to BELIEVE

Early in the drafting process, I decided to get feedback on The Other Twin. I sent to a number of different people: some were friends and colleagues and a couple were strangers I found on social media. I also paid for some notes too from a literary consultancy.

The notes I received back were VERY different. The range was staggering! They ran from extremely enthusiastic to extremely unimpressed, with everything in-between as well. It was, without a shadow of doubt, the most varied feedback I’d ever had.

I was very bemused. Now what??

I took my own advice: I had to believe in this story. First off, I ignored the notes that clearly did not like the draft – this will always happen. You cannot please everyone!

Then I started looking for bits in all the notes that a) chimed with my own instincts and b) were mentioned by more than one person. By the end of the afternoon, I had an action plan for the next draft.

TOP TIP: Always get multiple feedback and check for what they have in common. If you receive feedback that clearly does not like your writing or the idea for your story, IGNORE IT. Nothing can be gained by changing fundamentals to suit those naysayers, because NO one idea or book is universally loved. MORE: 33 Industry Insiders On Success, Dreams And Failure

Want more insider info on The Other Twin? 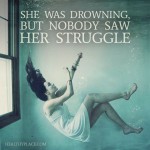 Did you know I have an author blog at www.lucyvhayauthor.com as well? On it, I talk all things books, crime fiction, adaptation and more as well as about how I write my own books! So, to find out how so-called ‘depression quotes’ (like the one on the left) inspired the writing of The Other Twin, CLICK HERE or on the pic.

previousHow To Write A Screenplay Bomb: Transformers The Last Knight
next7 Simple Things ALL Writers Should Know