7 More Cheesy Epic Fails To Avoid In Your Writing

Storytelling can be brilliant, but certain elements of storytelling GET OLD very quickly. Sometimes, the device itself is at fault; other times it’s HOW it’s used.

This is why we need to be storytelling experts, to keep things fresh and ‘real’. We need to examine the various devices, cliches and fails – as well as those stories that do it WELL. So here’s 7 more epic fails for you to chew on … enjoy! 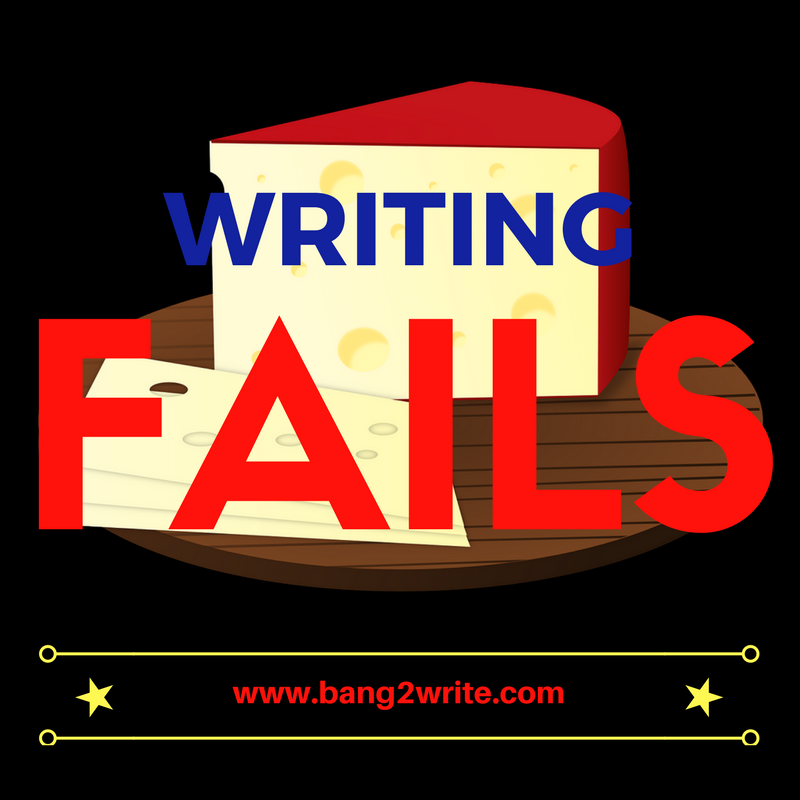 This is when someone ‘hears’ something … and calls ahead. Err, NO! Suspense and anticipation are really important, especially in the Horror and Thriller genres. But please, for the love of all things scary, DO NOT use this age-old, Stilton-esque technique.

I call this one ‘headphone oblivion’ cos very often, in a comedy especially, someone will need help or similar — but the nearest person to them has headphones on and doesn’t hear their cries for help.

Obviously there is comedic potential in someone needing help, but people not hearing them. There’s horror potential too, even drama. In fact, you could use this trope to fit just about any scenario.

Repeat after me: ‘The problem is not using it, but the fact HEADPHONES ARE USED TOO OFTEN. THEY’RE BORING!’

But, okay. What to use instead? Why not just OBLIVION!!

My favourite comedy ‘oblivion’ moment (no headphones!!) has to be the original MEN IN BLACK. As K interviews an alien who is getting the hell out of Dodge (thanks, as we know, to The Bug winging its evil way to Manhattan), J ends up delivering a baby alien!

So, as the two men talk in the foreground, we see the mother bashing the hell out of J, before he ends up with the creature in his arms. The whole time, the other two men don’t react AT ALL, even as we hear J’s screams.

As soon as the work is over, THAT’s when K and the alien father meander over to the car. Cue that fantastic line, delivered perfectly by a deadpan Tommy Lee Jones:

I’m really really really bored of this one. Whilst jump scares are back, especially courtesy of dread masters like Blumhouse, DO NOT use a cat to freak us out unnecessarily unless you want the wrath of a million Horror nerds on your arse. Use with number 1 on this list for ULTRA RAGE.

So, you’re going to have a character give important expositional information via a letter, diary, DVD, Youtube channel, blog, whatever?

It can be done — I’d be mad to say otherwise: my crime mystery novel, The Other Twin uses a blog to leave clues behind for my protagonist, Poppy. Again, it’s not the trope itself but HOW IT’S USED.

The key is, don’t just leave all the info on it! If it’s a DVD, maybe it’s corrupted. If it’s a blog, maybe it gets deleted. If it’s a diary, perhaps it gets stolen. You catch my drift. Make it as difficult as possible for your protag to find those answers, DON’T hand them over on a plate!

Backstory can be very important, especially in stories in which a protagonist must rediscover his or her roots. Very often in the scripts I read – novels as well as screenplays – the flashback will take place UP FRONT and it will seem completely ‘separate’ to the rest of the action of the first act, so I’m left thinking, ‘Why the hell do we need this NOW?’

Consider MOANA. We need to know upfront about Maui and how he stole the heart of Te Fiti. But we also need to know Moana – it is, after all, predominantly her story. It’s named after her, FFS!

So we begin then with a prologue about Maui’s exploits, delivered by Moana’s grandmother, who also performs a mentor function in Moana’s story. We meet Moana absolutely enthralled by her grandmother’s story, whilst the other kids are daunted or even scared by it. Immediately, we know Moana is different to your ‘average’ kid.

In other words – if you’re going to use a prologue? Make sure it doesn’t JUST serve a plotting function, but a characterisation one TOO.

Apologies for the sub headline here, but I’m struggling to know what to call this one … or why it’s even needed at all. This has to be one of the weirdest – not to mention inauthentic – clichés I’ve ever come across in writing!

Our protagonist goes for a run in the park. Or maybe he goes for a stroll in a quiet lane. Or perhaps he finds a door open and goes to investigate. Whatever. Wrong place, wrong time – okay.

Somehow, the police who had never heard her before, suddenly hear her now. They come running. They take one look at our guy and arrest him, despite his protestations he never touched her. Sometimes, he’ll even go too jail as well! Evidence be damned – or indeed testimony of our traumatised woman that actually it wasn’t him.

Blimey. Who knew you could get arrested/ go to jail for just making a woman scream? Not me! Yet I’ve read this bizarre scenario dozens of times in my fifteen years as a script reader. STOP RIGHT NOW! 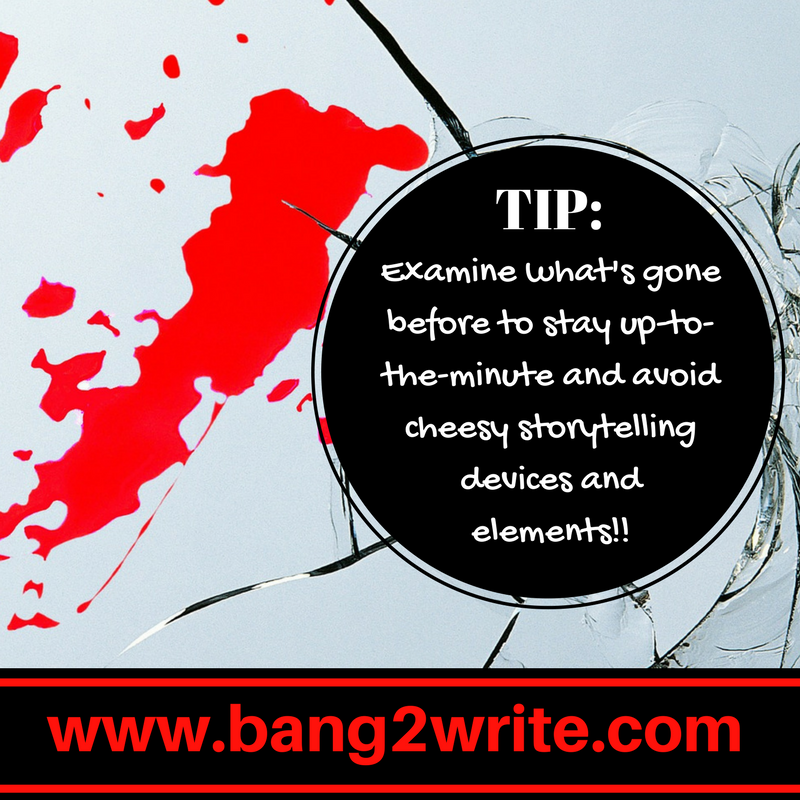 This is one of my absolute pet hates, because this one really DOES have its roots in ‘real life’. In fact, notorious killers have attempted to use it in their defence when they’re on trial for murder.

‘Breakable Woman’ is basically modern day myth-making. It refers to the notion that women are so delicate, so ‘killable’ that it’s incredibly EASY for a man to snuff their lives out BY ACCIDENT. (Children may be ‘breakable’ too). For example:

Basically, ‘Breakable Woman’ is a ploy to get a male character OFF THE HOOK. Look again at his defences:

In other words, we are invited to IDENTIFY with the male character. Rather than consider he must take responsibility for a series of bad decisions (at best) or murderous ones (at worst), we’re asked to believe it’s tragic, but ultimately NOT HIS FAULT. Err, NO.

So next time you’re plotting, consider this … Are your characters’ actions:

You need to know what’s gone before to make a judgement on the above – so make sure you’re a storytelling expert!