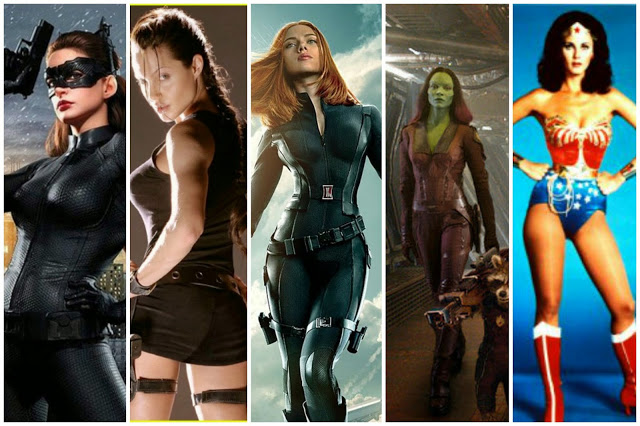 Strength is something everyone seems to want for their female character … But what does this mean, EXACTLY?? Plus, I’ve said it before and I’ll say it again: ‘strong female character’ and ‘kickass hottie’ DON’T have to be mutually exclusive. Sure, there are some great ones out there. B2W isn’t one of those whiney sex negative crit sites that says a woman is diminished by her sexuality. As if!

But it’s not difficult to see why the laydeez in the audience – especially those who love action, like moi – feel a teensy weensy short-changed by the current notion of ‘strength’ and heroines in the genre (and story-wide, even).

After all, when studios, producers, filmmakers – and yes, even screenwriters! – say ‘strong female character’, WE GET THIS:

Lady assassins who somehow kick ass in full make up AND keep their hair nice:

Also lady clones who are also weapons who apparently like bondage clothes and don’t find them problematic for fighting AT ALL (erm):

And let’s not forget all the cool-looking lady undead, too (damn those catsuits must be itchy for all eternity):

The issue I’ve got with kickass hotties is not that they exist. Hell, I actively enjoy them. The issue is not even that they’re FANTASY WOMEN — fantasy men exist in the action genre too. This is all fine with me. Action should be fun. I haven’t signed up for a documentary or drama, after all.

The issue then is like always — too many fantasy women. Or, if you want to phrase it another way: not enough VARIETY.

If we consider a classic MALE movie hero like John McClane, his appeal – and strength – comes from his real life attributes. He is:

This is real strength, rather than the ability to pull off a cat suit and kick some ass with special moves that look great. What’s more, we can relate to McClane because any one of us can BE those three things listed above, if we put our minds to it.

Maybe these days a meathead like Chris Hemsworth or Christian Bale would have played McClane in the first movie, but this was 1987, so it was Bruce Willis. He has a nice face and a lean, hard body, but he was by no means extraordinary to look at.

Instead McClane has real, authentic strength. He has presence, he is memorable, he is powerful by virtue of his characterisation. He’s not the biggest guy, so it’s not even about muscles. On this basis, McClane is effortlessly sexy. He doesn’t have time to check his hair or wash his face, he has bad guys to catch! Which is why he always ends up LOOKING LIKE THIS: 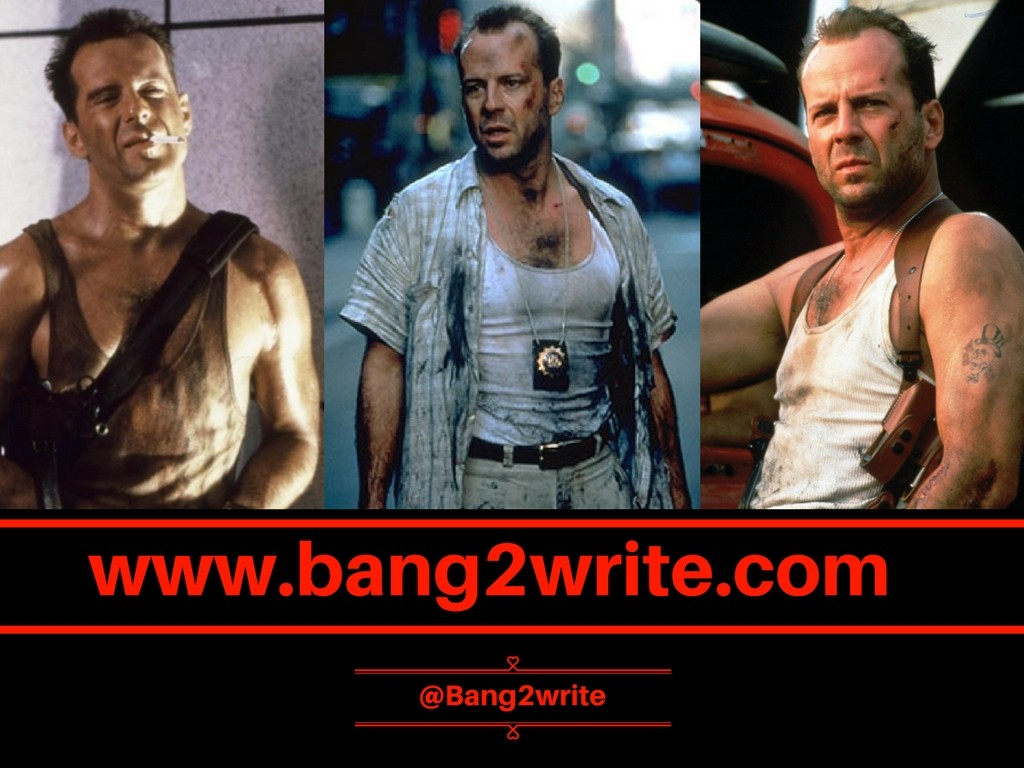 This is true magnetism, charisma, power, strength … whatever you want to call it. John McClane can literally look like hell and people will find him attractive and/or be impressed by him. Why?

Because it’s about WHO he is, over WHAT he looks like.

In comparison, kickass hotties may be capable, they may even be good characters, but they never reach the John McClane stakes, because as women, they’re required to …

Female characters are always objectified, because 9/10 the very LEAST they *should* be, is pretty.

Most actors – male OR female – have some modicum of attractiveness, so it could be argued this is the reason. But this is tenuous at best, especially when we factor yet more male heroes whom we can’t take our eyes off, even when they look like hell, such as LOGAN (2017): 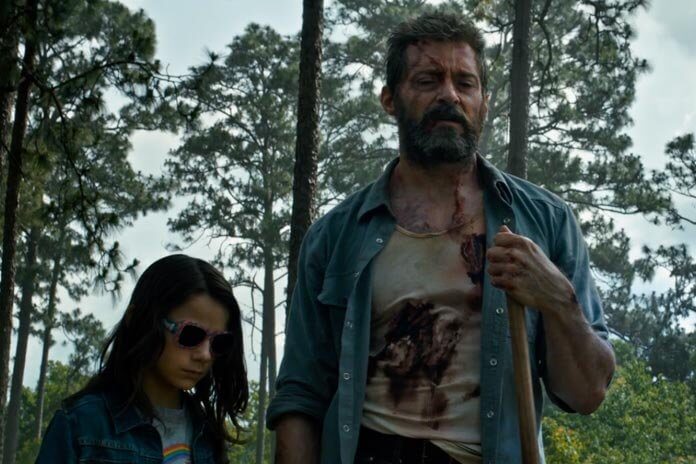 In comparison to previous incarnations of the Wolverine character, Hugh Jackman seriously looks like crap all the way through LOGAN. But that’s okay, it’s part of the character’s arc that he’s dying — oh look, it’s down to his characterisation again! Funny, that.

So, can you think of any female characters, in ANY genre, with the same kind of magnetism or strength as John McClane (or even Logan), even when she looks like hell?

Shockingly, I can think of only one: 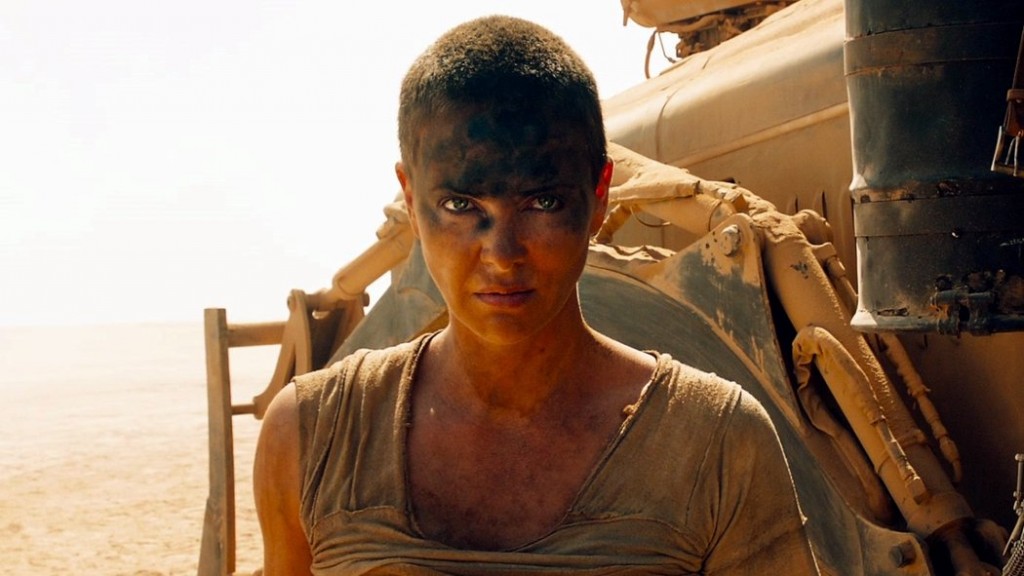 Furiosa may not have the ‘classic’ beauty attributes of a woman, but she is still very much a woman. She will fight, but only when she has to.  She is devoted to her sisters; she will do everything in her power to get them away from evil. She is a good communicator, a fast negotiator and a great judge of character. She’s clever, empathetic and a critical thinker. Last of all, back her into a corner? She will take you down.

Oooh guess what! Furiosa basically has the same real life attributes of John MClane! She is:

This is what we mean when we say we want a ‘strong female character’, rather than a kickass hottie. We want a character like Furiosa – someone who is brave, smart, determined. Someone we’re drawn to, even when the trappings of beauty are stripped away. REAL STRENGTH, from the inside.

So, ask yourself: does your character’s strength come from WITHIN? Would we be drawn to her – sexually or otherwise – via her RAW POWER? Or is it because she looks good? The difference is subtle, but crucial. Good luck!

The Ultimate Blueprint On How NOT To Write Female Characters