15 Story Fails That Send Your Writing To The Trash 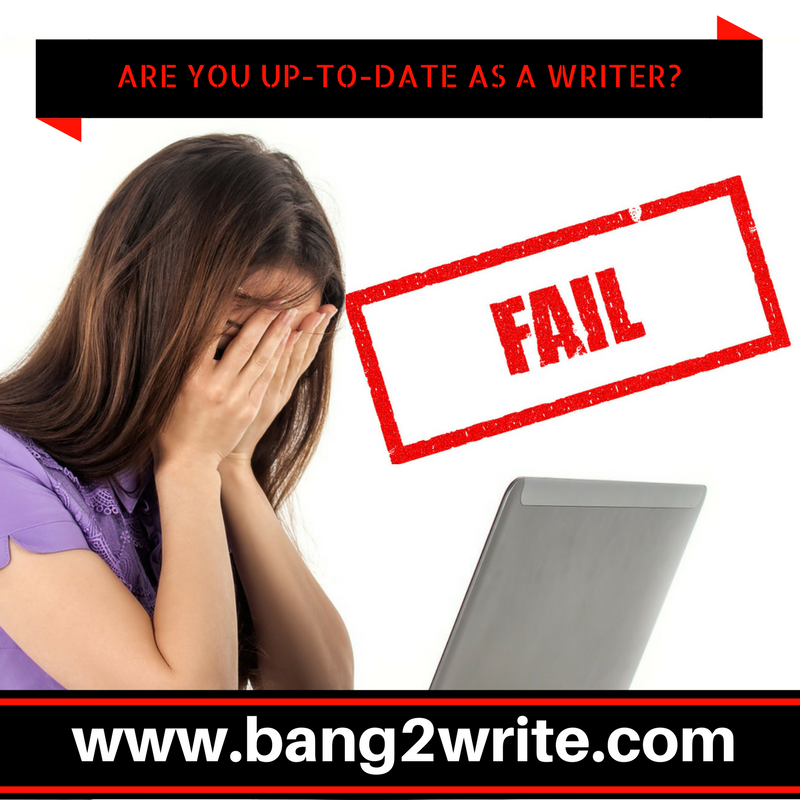 Since my last post in this vein, 15 Cheesy Writing Fails To Avoid In The First 10 Pages, I have been INUNDATED with requests for more! I’m talking emails, PMs, DMs and even writers on my B2W Skype Notes sessions.

Everyone wants to know what NOT to do, so B2W’s happy to oblige, since there’s ALWAYS more where that came from … One important thing to remember though: nearly all of these worked *once upon a time*, so make sure you stay up-to-date and/or twist these as appropriate. After all, when is a cliché not a cliché?? WHEN IT WORKS! Let’s go …

1) Breaking down/ getting lost in the middle of nowhere

It’s obvious that this worked once upon a time, especially in the horror genre. But these days, audiences want something a bit more meaty and clever, especially in the set up for their scares. Low budget recent horrors like It Follows and The Babadook bring supernatural forces into the characters’ lives by other means; plus studios like Blumhouse have families faced with significant twists on the ‘haunted house’ motif. Know your genres and their conventions, it’s the only way to ‘bust’ them! MORE: What is the difference between Horror & Thriller?

The notion of a character being hit or shot in the head, run over by a car, teleported or WHATEVER was once a staple of those fantasy shows set more-or-less within the realms of ‘reality’. the TV shows Quantum Leap, Life On Mars and its follow up Ashes To Ashes are the most obvious, but the fantasy novel The Chronicles of Thomas Covenant is another one.

Don’t get me wrong … This plot device worked for a good long time. But now? It feels as stinky as Stilton left in someone’s cheesy sock. AVOID!

Yup, we all remember Dusk Til Dawn. Yup, it was great. George Clooney’s speech about not believing in vampires, ‘kept he’s seeing f***ing vampires? AWESOME. It was funny. It was exciting. It was great.

BUT GUESS WHAT — Dusk Til Dawn was over twenty years ago … and the whole vampire thing went on for a loooooong time. We don’t want vampires at the moment. Same goes for werewolves. Or Zombies. YES, EVEN FUNNY ONES OMG JUST STOP ALREADY.

Aaaah women are perfect! Men suck! But men are still good enough to haver perfect woman show them ‘the way’ — whatever that is. Yawn. Do not pass go. Do not collect £200.

When a protagonist is pitted against an antagonist who turns out to be THEMSELVES for some reason , it immediately sets this script reader’s alarm bells ruining. This trope was used for a looooong time, starting off in iconic properties around the turn of the millennium like Fight Club and Memento. It’s not hard to see why; these properties influenced a LOT of writers. But this scenario has had its day, big style. Sadly, no one’s told the spec pile. (You get maximum cheesy points if you combine this with number 2 on this list btw. GNASH!). MORE: BOOK VERSUS FILM – An Epic Study Of Fight Club

Grief is a funny thing, it affects everyone differently. But I’m pretty sure going to spooky places and getting attacked by ghosts does not help the bereavement process. Look, it worked for a while – just like most clichés worked, once upon a time – but NOW IT DOESN’T.  Take heed and try something else to get your young family in harm’s way.

7) Idiot protagonist should just go to the police

This one really gets my goat. It’s one thing if the police turn your protagonist away (for whatever reason); or another if your protagonist lacks the evidence for the police to take him/her seriously. It’s EVEN possible for a protagonist to not go to the police because s/he fears the ramifications for him/herself, or for loved ones. Hell, there’s loads of things a writer can do here.

However, if your protagonist simply keeps that evidence to him/herself *because*?? ARGH punch yourself in the face. At once! 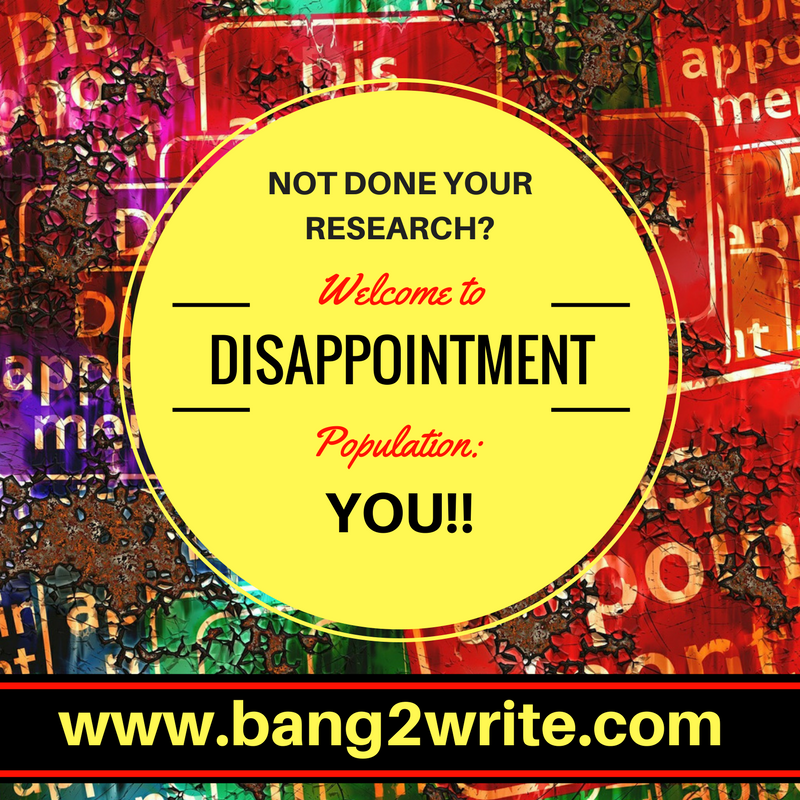 8) The Chosen One Is White and (Probably) Male

White guy saves the brown people? SERIOUSLY? Look, no one’s saying your lead HAS to be female, BAME, LGBT or disabled (though there have been some great ones who are).

Just that, if you’re going to write a male hero? Make him less of a white saviour. Ta.

Destiny can be a great concept to explore, but if it becomes a big fat exposition dump, it needs a rethink. It feels as wooden as a big fat oak tree – and audiences these days are just too smart for that.

Dementia is a frightening disease, plus the frailty we’re subjected to as we get older is daunting. What’s more, we may see older generations on social media espousing some – shall we say – ‘choice’ views when it comes to certain progressive ideals.

So as a result, writers often tend to think of old people as helpless, left behind, almost like overgrown children. It’s rare I see an elderly character – or even one over sixty, now you mention it – who is holistic, authentic and real-feeling! It’s rarer still to find older characters who can use mobile phones, Kindles, or computers. Yet the ‘silver surfer’ generation has embraced technology. Come on writers, eschew those stereotypes. MORE: 6 Stock Characters That Need Retiring By Writers NOW

DYK? The average psychopath is BELOW average intelligence. Just because the likes of Hannibal Lecter – and many that came after him, especially in the 90s – combined psychopathy and extreme intelligence doesn’t mean this is ‘normal’. Do some research!

I’ve noticed something, especially in the spec TV pilots I read: when a ‘townie’ family goes to the country, it’s nearly always because they’ve inherited a cottage, thanks to some long-lost relative. The cottage will be a mess and need renovating, too – usually because it’s taken so long to track them down!

Err, what’s wrong with a towny family simply going camping or caravanning in Devon, Somerset, the Lake District??? Usually it’s the countryside backdrop that’s important, rather than the actual cottage anyway. Why make it hard for yourselves, writers!

12) Supernatural Hereditary Problem in the family

Don’t you just hate it when you hit puberty and discover you’re turning into a vampire? Or a werewolf? Or a witch? Or whatever?? See number 2 on this list!!!

Too often, an antagonist wants to do SOMETHING BAD for no reason other than it’s BAD and PITS HIM/HER AGAINST THE ANTAGONIST. Noooooo!

Never forget: villains are the heroes of their own stories. They think the protagonist is the bad guy! Make us empathise with your villain, instead of thinking he’s crazed. OR, if being crazed is part of his appeal – really be prepared to go for it and make his logic ‘follow-able’ at least. There are no half measures!

15) Teens who are not high tech enough

Too many scripts and novels I read don’t use the RIGHT tech when it comes to teen characters. In order to put across news exposition (which feels cheesy anyway), writers will have young people listening to the radio on an actual transistor (arf!) or watching news on the television in – get this – REAL TIME!!! Nononononono.

The majority of teens get the bulk of their information via the internet, especially social media. Platforms like Youtube, WhatsApp, Instagram, Snapchat and Musical.ly are their water coolers of choice. Many will use Facebook or Twitter, but only to pretend to parents they’re being responsible. FINSTAGRAM is a thing, too – aka ‘fake instagram’, where teens and young people will pretend to be someone else or be anonymous so they can post what they want, without pushback from family and friends.

Understand, writers: yer old! All of this info is probably out of date ALREADY. So if you’re writing about young people, make sure you RESEARCH young people! Spend some time with them. Look into what they love to do, how they see the world. Don’t think back to your own youth, cuz that’s long gone. It’s not rocket science! MORE: How To Write Young People That Are Actually Realistic