15 Cheesy Writing Fails To Avoid In The First 10 Pages

We all know we have to avoid the cheesy writing fails to get ahead. As all screenwriters know, the first ten pages can be make or break … But now novelists – both self-published AND trying to smash their way out of the slush pile – are finding they have to hit the ground running too.

Readers and viewers are more media literate than ever and they simply WILL NOT ‘wait’ for the story to start! When the beginning of your work is SO important, it simply doesn’t make sense to include scenes or elements we’ve seen a gazillion times before. It’s a one way ticket to the shredder/deletesville. Harsh maybe, but when there’s so much content and so many manuscripts out there, something that feels fresh will always get priority over the cheesy and ‘seen it all before’s.

That’s the bad news. The good news is, it’s easier than ever to find out what feels stale. Here’s my top 15 cheesy things that I am SUPER-BORED of seeing, especially at the beginning of works. Ready? Then let’s go … 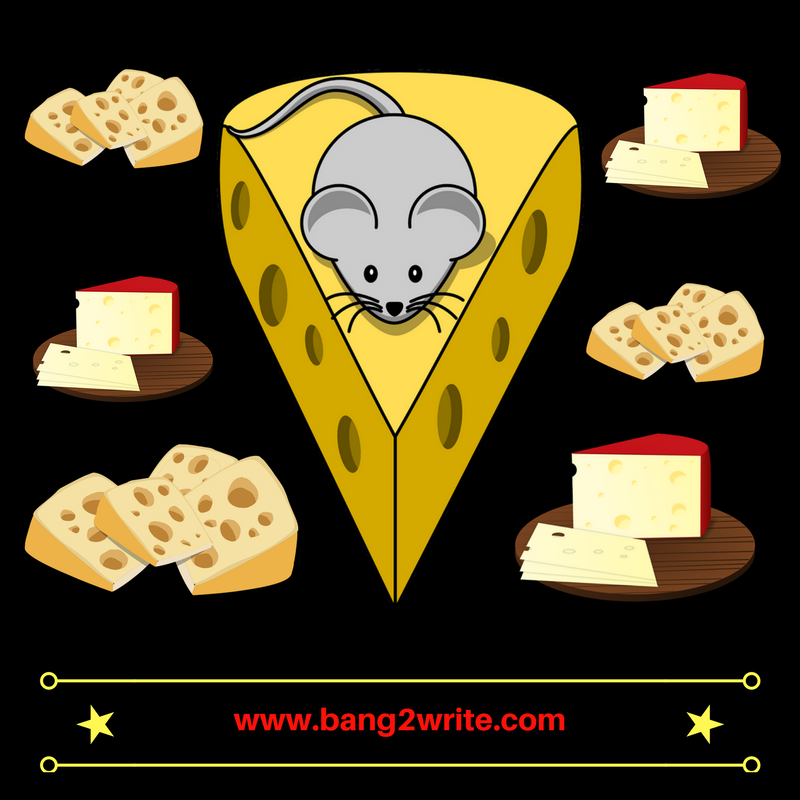 If you’ve read my book, Writing And Selling Thriller Screenplays, you’ll know I was warning against these in *that* genre back then, because I was super-bored of some mysterious guy arriving at the funeral with THE MISSION for the protagonist. Yawn!

Since my book came out then, the funeral has seemingly infected ALL other genres too, especially drama and comedy. Ack! Look, I get deaths may be an effective catalyst, but if you’re going to include a funeral, PLEASE do it in such a way that feels fresh … Or find another vehicle in the beginning of your script or novel to get our protagonist investigating, please! MORE: How To Write The Most Clichéd Opener, EVER

… When was the last time YOU arrived home just in time to find your spouse/partner was having it off with someone else? Seriously, by the amount of movies and novels that have this in, you’d think it happens to EVERYONE. Retire this stale, cheesy old trope please, writers!

Don’t you just love shocking family secrets. Everything’s fine and dandy in your world and then someone DIES, but before they pop their clogs they REVEAL SOMETHING THAT CHANGES EVERYTHING. Who the hell does this?? It even ‘feels’ like movie logic. Your protagonist should discover this shocking family secret themselves, somehow – makes them more active, no?

Your movie or novel better be *about* walking or running if you’re going to have pages and pages of it, that’s all I’m saying. Otherwise, it’s just some character walking somewhere. IT DOESN’T REVEAL CHARACTER AND IT DOESN’T PUSH THE STORY FORWARD. End of.

BUT BUT … ‘What about Clarice Starling running in Silence of The Lambs??!’ Oh, glad you asked. She wasn’t just running, was she? She was doing an OBSTACLE COURSE … kinda like the obstacle course she’ll have to run with Lector. Boom!

Seriously guys, if you include this in the beginning of your screenplay (in particular), you deserve to get shredded. And I don’t even mean your script! MWHAHAHAHAHAHA. MORE: 5 Openers That Make Readers GROAN 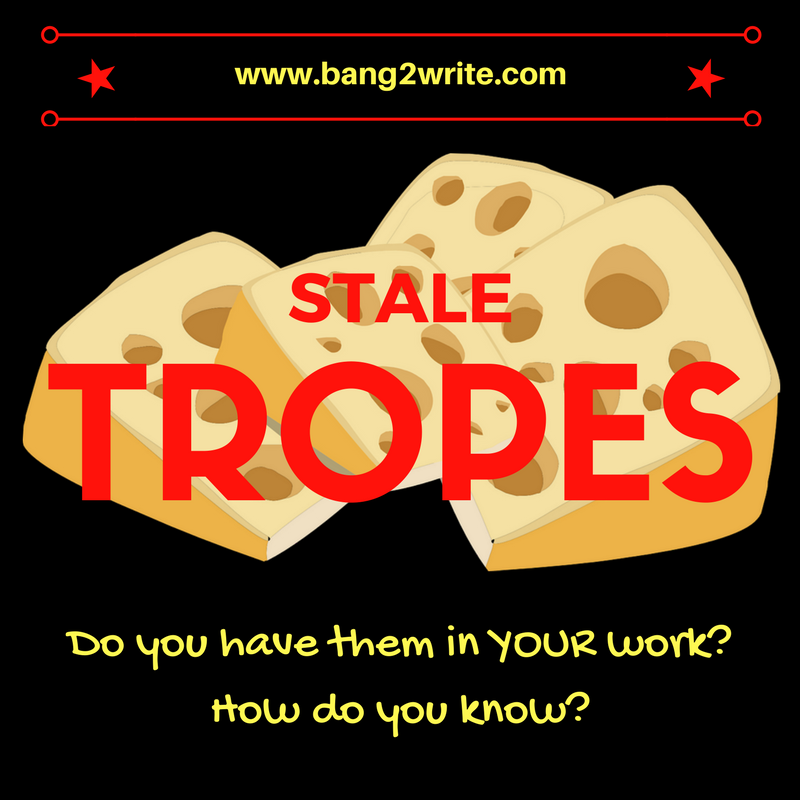 My personal pet peeve – we start with our hero or heroine, who usually acts in a hostile manner, refusing to engage because s/he is JUST TOO COMPLEX, THEY DON’T HAVE TIME FOR THIS SHIT. Finish with the therapist saying something like, ‘You have to deal with this, or you’re a danger in the field/ to your family/ to yourself!” EWWWWW. This irritation is closely followed by the character, usually a woman, who spills her guts about how TERRIBLE her domestic life is, how husband doesn’t understand her and her kids are ungrateful. No thanks!!!

7) Lover in the wardrobe

Considering number 2 on this same list, it’s a wonder ANYONE gets away with affairs when they stick their lovers in the wardrobe 24/7 … surely the husband knows where the guy is by now?? EPIC FAIL.

This seems to be a screenwriting one (I don’t recall seeing any in novels, published or unpublished). Weirdly, I’m reading A LOT of screenplays at the moment about tribute bands, and/or bands from the 70s and 80s that are all washed up. Most of the time, they begin with the band getting told to get off stage and it turns into a big scrap. So there you go!

Obviously this has its place, especially in – quell surprise – police procedurals. But too many screenwriters and novelists use this element to SMASH OPEN the characters and let them splurge dialogue all over the place. Doing this in the first instance of your script or novel is utter madness, because it kills intrigue.

Some screenplays and novels use the opportunity of a character going on a tour to drop a BIG CHUNK of exposition. It’s not hidden though, it’s obvious and needs top be hidden better, STAT. MORE: 11 Expositional Clichés That Will Kill Your Story 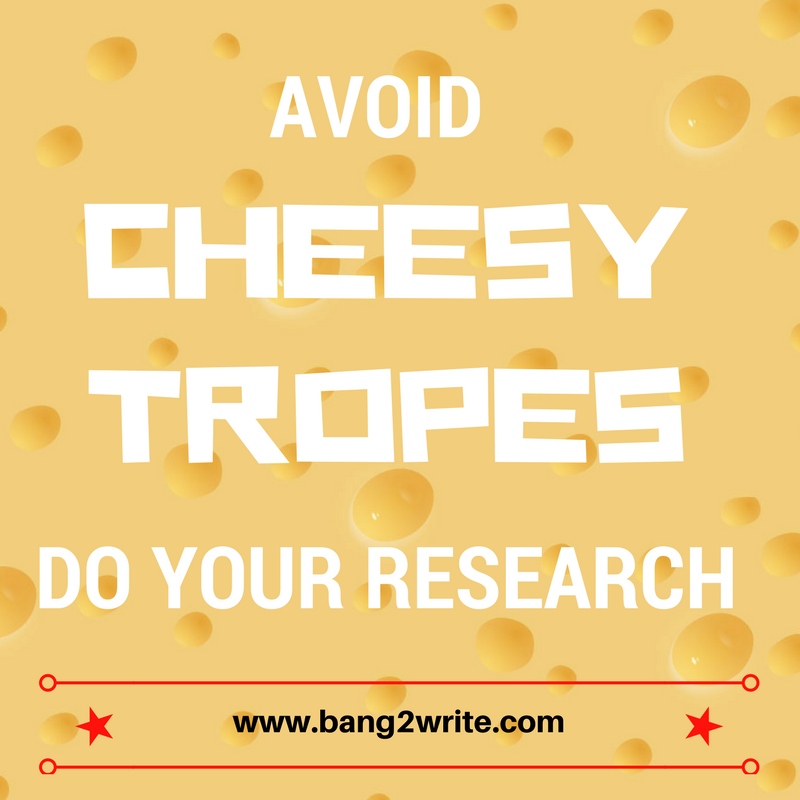 You know how it works – we’re introduced to a character, they freeze and then their name is plastered across the screen. Holy shit, NO! Not only is it a cheesy throwback to the 90s/00s, writers are effectively directing from the page here. If you’re going to do something like this, really own the page and do something ORIGINAL. Otherwise, put yourself on there naughty step!! Jeez!!!

A character has lots of bad things happen to him or her, from being soaked by a puddle on the way to work, through to getting fired or demoted. Sometimes this is combined with cliché 2 on this list for REALLY fromagey cheesy ickiness. Noooooo!

It’s possible to begin with a nightmare/dream sequence – THE BABADOOK does this well, showing even a cliché can work, IF you really smash it. But 9/10 it’s just a cliché. Worth the risk?

15) Teaching something to do with the plot

Schools, classrooms, universities and lecture theatres can be GREAT places for potential conflict in a story, but too often they’re brought in simply so a load of exposition can be dumped on the audience for some reason. See also number 10 on this list. Hide that exposition SKILFULLY, don’t hit us over the head with it. MORE: How Does Exposition Work? 9 Common Exposition Questions Answered