5 Lunatic Lovers From Movies And TV 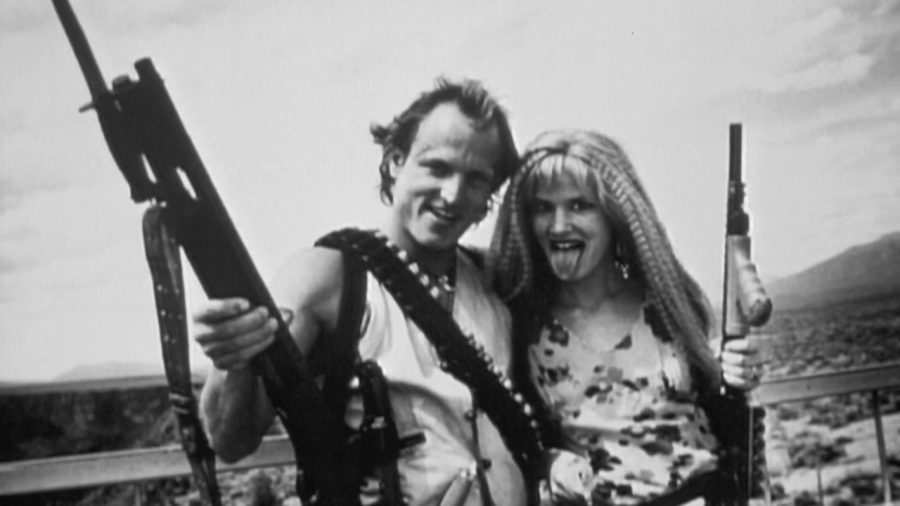 When people first think of crazy lovers they go one of two ways: The Joker and Harlequin or Mickey and Mallory. These two are seriously screwed in the head. Both from abusive backgrounds, they hook up and go on a killing spree. They get off on killing people together. Taking lives brings them closer. They play sadistic games; not like cat and mouse, more like two wolves provoking each other. Deeply in love and deeply disturbed.

Tarantino’s screenplay was heavily revised by writer David Veloz, the producer and the director Oliver Stone. Though I like the film the way it is, I would love to see the original script. MORE: The Secret Of Writing Great Conflict In Scenes – 3 Examples 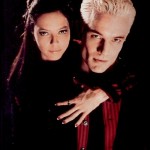 It’s no secret I’m a Buffy fan. A female slayer with super strength is a neat concept and the show has a great cast of characters. Two that I love are Spike and Drusilla. A vampire couple who’ve been together since forever. They love to torment their victims and although Dru is utterly insane, Spike worships her. The couple tease each other, plot together and kill for one another. Sadly, it doesn’t last. Though they can live forever, their love for each other dies. 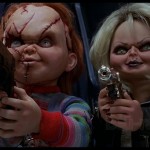 3) Chucky and Tiffany, BRIDE OF CHUCKY

Comedy couple of the bunch. Plastic fantastic, passionate and psychotic. This couple enjoy being abusive to each other. Insults, physical abuse, they even try to kill one another. Dysfunctional and delightful. Once human, their consciousness is now trapped inside two dolls. Chucky was a serial killer and his bride shares his passion for murder and mayhem.

Tiffany: [after Chucky stabs her] My mother always told me love would set me free.

Chucky: [pushes her back] Get off my knife. 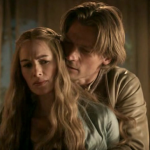 These two are uber-sick puppies. Not only brother and sister but twins!

Cersei: Jaime and I are more than brother and sister. We shared a womb. We came into this world together, we belong together.

Cersei is a power-hungry tyrant who will stop at nothing to get what she wants. Jamie pushes a ten-year-old boy out of a window in order to keep their dirty secret and preserve their love. The boy doesn’t die. Naturally, Cersei then tries to kill him. Jamie rapes Cersei in a room with their dead son, but still they remain together.

This movie is based on a true story and filmed in my home from home, Christchurch, New Zealand. I moved from London to New Zealand when I was sixteen years old and that’s when I met my own lunatic lover. (Well, minus the lunatic part!)

In the opening credits of Heavenly Creatures, Peter Jackson depicts a safe, conservative Christchurch and then a sinister story unfolds. The two girls are aspiring writers, and they create their own fantasy world to live in. When the couple are faced with being split up (society was not accepting of homosexuality back in 1950s) they plot to kill Pauline’s mother in order to stay together.

I’ve actually walked the path Pauline and Juliet took before committing the murder. It’s creepy. The girls tried to convince the authorities that the mother’s death was a terrible accident, but Pauline’s diaries were found and the lover’s worst fears realised. They were split up forever. MORE: Top 7 Killer Couples of Cinema

BIO: Emma Pullar is a writer and book reviewer. Her picture book, Curly from Shirley went to number four on the bestseller list and was named best opening lines but NZ Post. As well as picture books, Emma writes horror, dystopian, sci-fi, fantasy and paranormal fiction. You can read her short horror story, London’s Crawling, in the Dark Minds charity collection. Follow Emma on Twitter, HERE.