5 Things Screenwriters Can Learn From Musicals

Whether it’s the sequins in Chicago or the corpses in Sweeney Todd, there’s something for everyone in the extraordinary world of musicals. But did you know that your secret, or not-so-secret, indulgence in this most over-the-top of artforms could also be good for your writing?

Here are five lessons that musicals can teach screenwriters. And it’s a double whammy: you get to kick back and soak up some classic show tunes while improving your writing technique in the process. 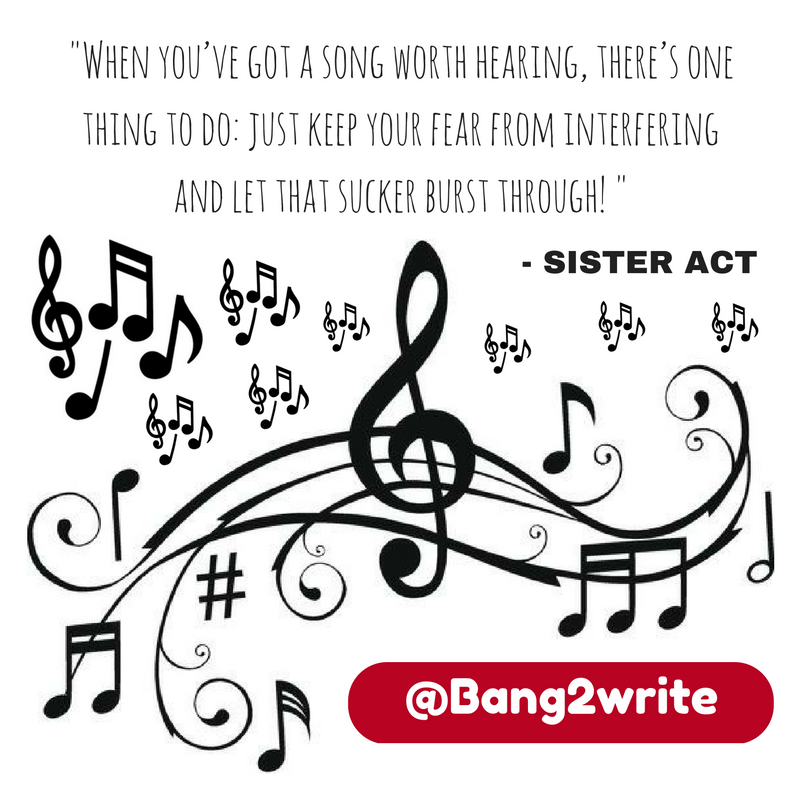 It’s even more true for musicals than for almost any other kind of script: they stand or fall on their structure. It doesn’t matter so much what form the structure takes – Cabaret uses the framing device of the Kit Kat Klub to heighten the drama of its narrative, while The Sound of Music is a more conventional ‘boy-meets-nun’ chequered love story. What’s relevant is that every one of the musicals that makes it on to a stage or into celluloid (celluloid? how old am I?) has been meticulously planned.

Fringe theatre is littered with the ashes of shows that didn’t work because they didn’t hold together structurally. Tough but true: you can’t busk a really solid story. So study how the great musicals are constructed and consider transferring the beats and the pacing into your screenplay.

TOP NOTE: Let’s start at the very beginning, a very good place to start. (The Sound of Music). MORE: 5 Problems With Structure ALL Writers Have

There’s a reason why musicals tug at the heartstrings. They’re more emotional than most other forms of writing and, while they have the advantage of being able to exploit music as a weapon, they also instinctively aim for the gut.

The screenwriter of The Hurt Locker, former journalist Mark Boal, described in one interview how he had to “kill” the journalist within him in order to remove the cerebral barrier to finding the emotional truth of the script. It’s all about the heart, not the head!

This is something I still struggle with in my own writing. There are no such barriers in Rent or Carousel or even Cats: the emotion is raw, and it’s all the more effective for it.

TOP NOTE: Just because I’m presumin’ I could be kinda human, if I only had a heart. (The Wizard of Oz). MORE: 5 Quick Questions to Help You Write Awesome Characters

Musicals – especially sung-through ones with no spoken dialogue, such as Jesus Christ Superstar or Hamilton – have to get big, important messages across in concise, powerful ways. How do they do that? With well-chosen words, that’s how. Nothing is wasted in the lyrics of musicals: if there’s repetition, it’s there for a reason (usually to add emphasis, or to reinforce a musical ‘hook’).

The point is, every word counts. Take another look at your latest script: is the same true of that?

Obviously de rigueur in a musical, but I would argue it’s also essential to a successful script if it’s to ‘sing’ with a writer’s individual voice.

There’s much debate about what the writer’s voice actually means. Lucy already has some great answers to this question here, here and here so I don’t propose to elaborate. The important thing is to know what yours is and to put it on show, downstage centre.

Musicality is about the quality of your writing, its readability and its enjoyability. If your script is hard to wade through, it’s dead in the water. D’you like the mix of aquatic metaphors?

TOP NOTE: When you’ve got a song worth hearing there’s one thing to do: just keep your fear from interfering and let that sucker burst through! (Sister Act).

You think it’s hard getting your screenplay made into a film? That’s nothing compared to the uphill struggle of getting a musical produced. The cutthroat nature of the market and the unpredictability of audiences mean that copycat ideas simply won’t get made. There’s just no room for them.

So why do some scriptwriters think they can get away with it? Why is it OK to peddle some grey imitation of the latest Netflix barnstormer and hope it’ll be picked up by an eager, undiscriminating producer? Schoenberg and Boublil didn’t trot out a formulaic replica after the success of Les Mis: instead they wrote the entirely different (and, in my opinion, far superior) Miss Saigon. Take a tip from these rather successful writers and keep pushing the boundaries of your originality.

TOP NOTE: Nobody does it like me. (Seesaw). MORE: Top 10 Spec Script Story Clichés

Does all this stuff apply to all musicals? No, of course not. And it doesn’t apply to all scripts either! But if there’s a chance of picking up something useful from an infusion of Rodgers and Hammerstein or a shot of Sondheim, then surely that’s a good enough excuse to plunder the guilty pleasures of the musicals?

BIO: Michael Davies is an award-winning writer of all kinds of scripts (including a musical), plus a journalist, theatre critic and MA graduate in scriptwriting. The cast recording of his musical Tess, based on Tess of the d’Urbervilles and co-written with composer Michael Blore, will be released in 2017.