‘How to write comedy’ is a VERY popular search term via Google to this site, so when Peter and Jon from The Comedy Crowd offered their expertise in the genre for the Bang2writers, I snapped their hands off! Enjoy! 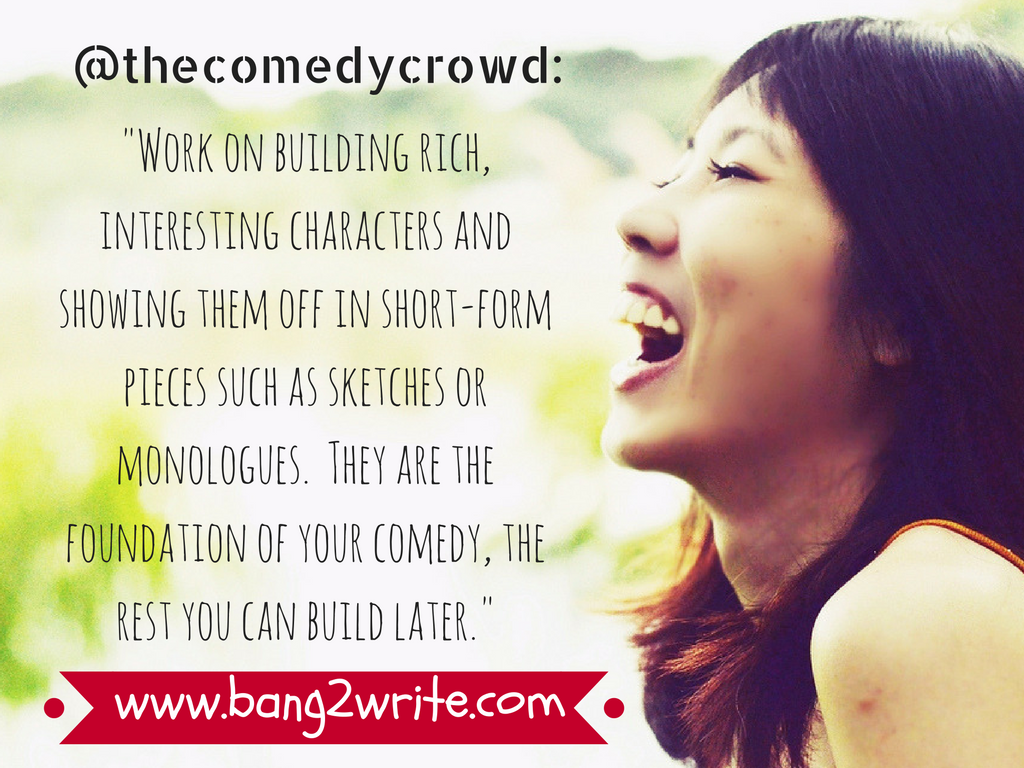 There is a perception that it’s harder than ever to get into comedy. Established writers have bemoaned the shift of scheduling and budgets away from sitcoms and towards drama, or the oft-maligned ‘comedy-drama’ genre.

If you’re aiming for that primetime BBC slot and you aren’t an arena stand-up those established writers are probably right – it is tough to get into comedy.

But in so many more ways, it is a GREAT time for the aspiring comedy writer!

If you’re looking to see your script performed and find an audience, comedy is now more accessible than ever.To take advantage, writers need to embrace a new world where successful shows grow from short-form content, and avoid these 5 mistakes that will slow you down:

1) Dive straight into writing a sitcom!

Andy Riley (Veep, Black Books) equates taking on a sitcom early on in your comedy journey to walking into your first gym induction and tackling the heftiest dumbbell.  Our view is that sitcoms should be the final product for an idea that has already got traction.

Sketches are a great way to start, because each can be a mini-sitcom in its own right. You can try out characters, tighten up your writing and not invest too much time before learning if an idea has potential. MORE: Spotlight On Structure – Sitcoms (Simpsons Case Study)

2) Focusing on anything but characters in the beginning

If you take the advice above, your focus is simple. Create great characters.

Your idea might revolve around a particular premise or situation, but that isn’t going to get anyone’s attention, engaging characters will.

Characters are what producers and commissioners are looking for, so don’t disappoint.  Work on building rich, interesting characters and showing them off in short-form pieces such as sketches or monologues.  They are the foundation of your comedy, the rest you can build later.

3) Not getting early feedback

There are many reasons not to seek feedback. It’s scary, it feels personal, and it could result in the realisation that an idea isn’t as good as we thought.

Comedy is the most subjective genre of all though, and one in which our opinion of our own work is least reliable. So get your work out there early.  It will save you time and give you confidence that you’re pursuing an idea with potential. We’ve been running a scheme where writers exchange feedback early on which has proved extremely valuable for those prepared to take the plunge. MORE: 5 Ways To Use Feedback Effectively 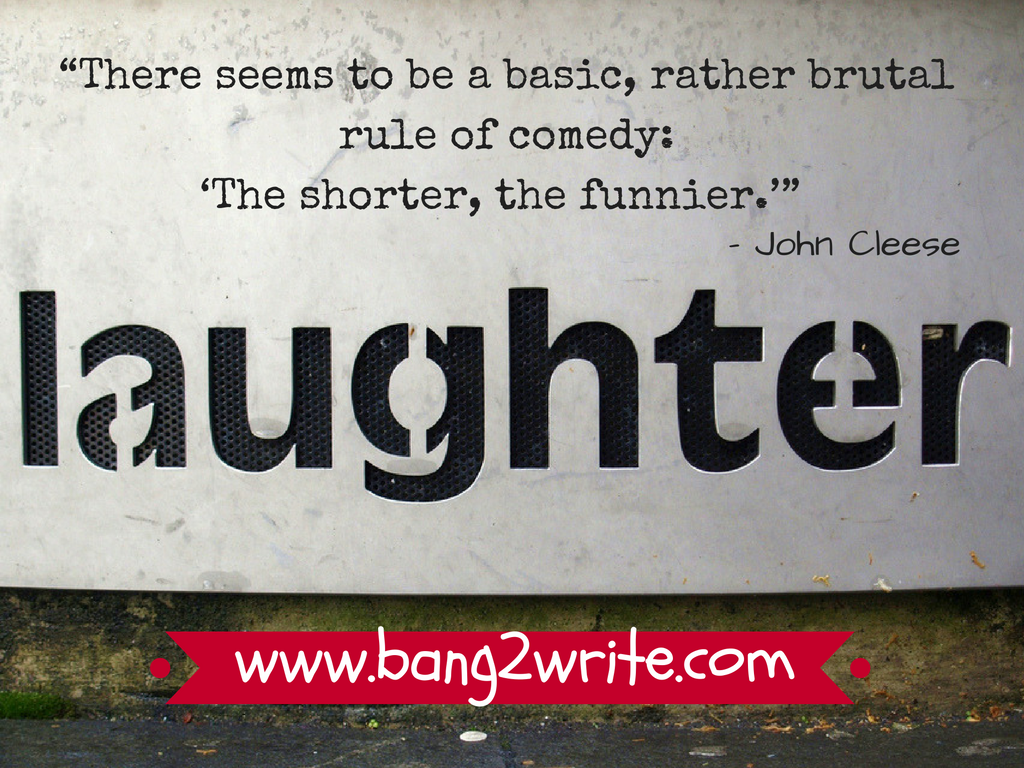 Learning to cut material that doesn’t quite hit the mark makes a huge difference to the quality of the overall piece.

Getting feedback will also help you edit. It’s really difficult to cut funny lines, and that is the problem – much of the material you take out will be good (stick it in the drawer for later).  But the impact of making the whole piece tighter is far greater than the effect of those individual sections. MORE: 5 Questions To Help You Edit Your Work

You may have noticed a theme.

Many writers embrace solitude, and we aren’t suggesting that all your writing should be collaborative, but to make an impact writing comedy now you need to reach out. Find people with the skills to bring your script to life through performance, feedback and motivation!

Online channels now allow writers to test and evidence the quality of their ideas. If you can bring original ideas, a willingness to embrace short-form and find other comedy creators to support you, then a world of comedy opportunities await! MORE: 8 Mistakes That Will Kill Your Comedy Screenplay DEAD

What are you waiting for? Good luck!

BIO: Jon and Peter have founded The Comedy Crowd, a community that supports comedy creators to learn, collaborate, get feedback and find opportunities to make an impact in comedy.  Follow them on Twitter as @thecomedycrowd.