7 Things I learned at the Horror Expo Ireland 2016

Another treat for you, Bang2writers – top British Horror author and screenwriter Stephen Volk is sharing his insights on the genre with us, after attending the very first Horror Expo in Ireland. Wow!

Got an idea for a guest post, like this? B2W always wants to hear what you’ve learned from events, films, processes, talks or meetings … Check out the previous articles in the series HERE. 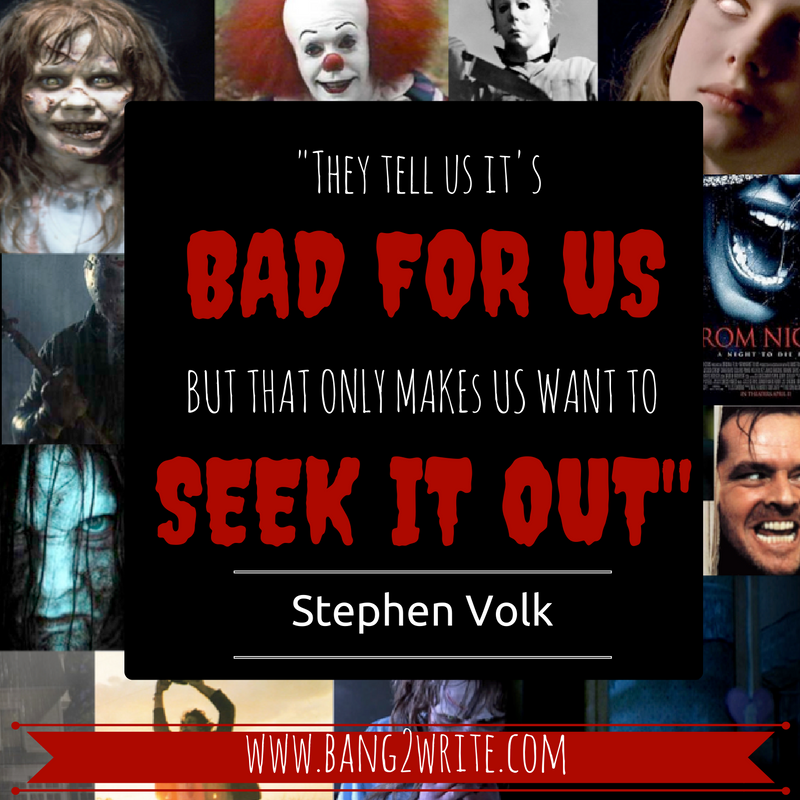 Over Halloween weekend I was at the Freemason’s Hall in Dublin’s fair city as one of the invited guests at the first Horror Expo Ireland, hosted by Dr Sarah Clearly, designed as a crossover event welcoming horror writers, film-makers, academics, and fans to a day of talks, panels and movies.

I enjoyed it immensely: it was illuminating, and great fun shooting the breeze with those who love the genre as much as I do – whether practitioners or professors. Here are a few of my hastily-scribbled notes, scrawled in the bar between glasses of Bushmill’s Black Bush …

Whether through the original texts or, as many of us discovered him, via the immaculate and unforgettable TV adaptations by Lawrence Gordon Clark, James’s “repressed and intensely civilised works” live on. And when all is said and done, we can always learn tricks from the masters – and mistresses. Shirley Jackson penned the classic The Haunting of Hill House, but “never had to raise her voice”.

The standard trope for horror was setting up a perfect place, a nice family, and the evil invades normality. But slowly that has changed (probably with Robert Bloch’s Psycho in 1959), to say: “Hang on, what if the monster isn’t out there in the woods, what if it’s here, sitting next to us round the camp fire?”

In Peter Bogdanovich’s Targets, a young sniper, picking off random victims, meets his horror film hero (Boris Karloff) at a drive-in. That movie, in a way, represents a transition from the “old” monsters to the new. MORE: 8 Mistakes That Will Kill Your Horror Screenplay DEAD 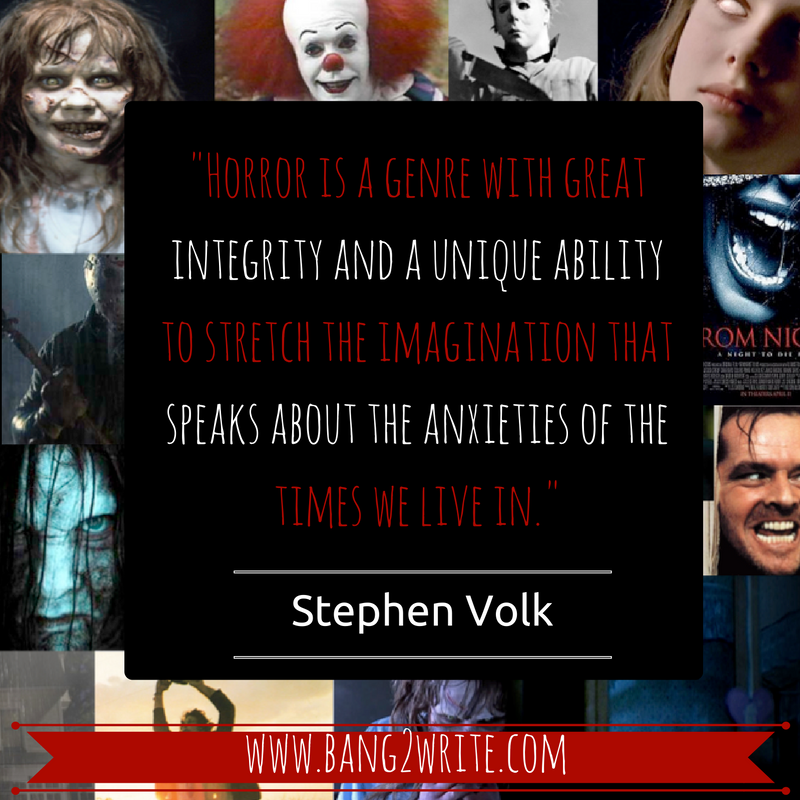 They tell us it’s bad for us but that only makes us seek it out. Yes, there’s the extreme violence of the controversial recent episode of The Walking Dead in which a member of the regular cast is killed in graphic detail. But this is far from new. In the opening of The Castle of Otranto, the first gothic novel, a character named Conrad is crushed to death by a falling helmet!

In the eighties, Spielbergian children got to “chastise” their parents. Stephen King developed a child’s eye view of scary things. The danger of not listening to the children was all-pervasive. The young have a better idea of what is going on than those in authority because they are closer to their emotions. MORE: Top 5 Genre Mistakes

5) “Anything with a synth on is an abomination” – Kevin Corstorphine

Talking about Stranger Things: remember “to film and TV companies we (who remember the 80s) are first and foremost a demographic.” Yes, Stranger Things is a retro remake, but let’s not forget the great horror movies of the 80s – The Fly, The Thing – were also remakes.

There’s always an element of self-testing in horror. How far can the director push it? How much can we take, watching it?… As such, far from being a corrupting influence, is the horror movie form a valuable source of development and identity? And now, as we slip into an ever more conservative era, will we see the banning of so-called “Video Nasties” come back in some different form, responsible for the ills of society as fear tightens its ugly grip?

… Or, it has been to fans. It’s only that other people – the mainstream – are now catching up with us, and realising what we’ve always known: that it’s a genre with great integrity and a unique ability to stretch the imagination that speaks (inevitably, even unintentionally sometimes, but always) about the anxieties of the times we live in. MORE: What’s the difference between Horror & Thriller: Case Study – WIND CHILL (2007)

BIO: Stephen Volk is probably best known as the BAFTA-winning writer of ITV’s paranormal drama series Afterlife starring Lesley Sharp and Andrew Lincoln, and the notorious (some say legendary) BBCTV “Halloween hoax” Ghostwatch. He now lives in Bradford-on-Avon, Wiltshire, with his wife, the sculptor Patricia Volk, and a cat he doesn’t like. STEPHEN VOLK ON IMDB.

Want to write for B2W? Click on the pic 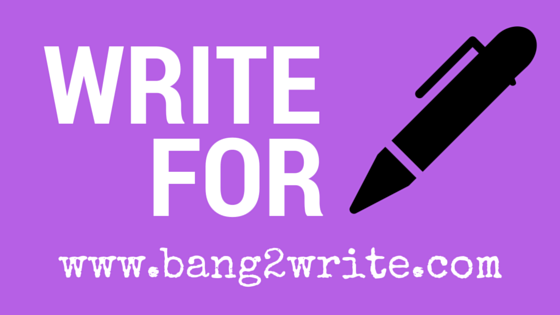