5 Problems With Structure ALL Writers Have

As any Bang2writer – new or old – knows, I am an advocate on getting on top of plotting via KNOWING STRUCTURE. However, unlike many, I really don’t care *how* writers do this. I might be a 3 Acts Girl myself (as in, beginning – middle – end and not necessarily in that order!), but whatever works as far as I’m concerned.

But as we all know, very few specs’ structures WORK on the page. And it’s too often because writers are not doing enough research into this incredibly important element of writing. Instead, they’re crossing their fingers and hoping for the best … But whilst this might sometimes work, it will be by accident, rather than design. LE DUH! 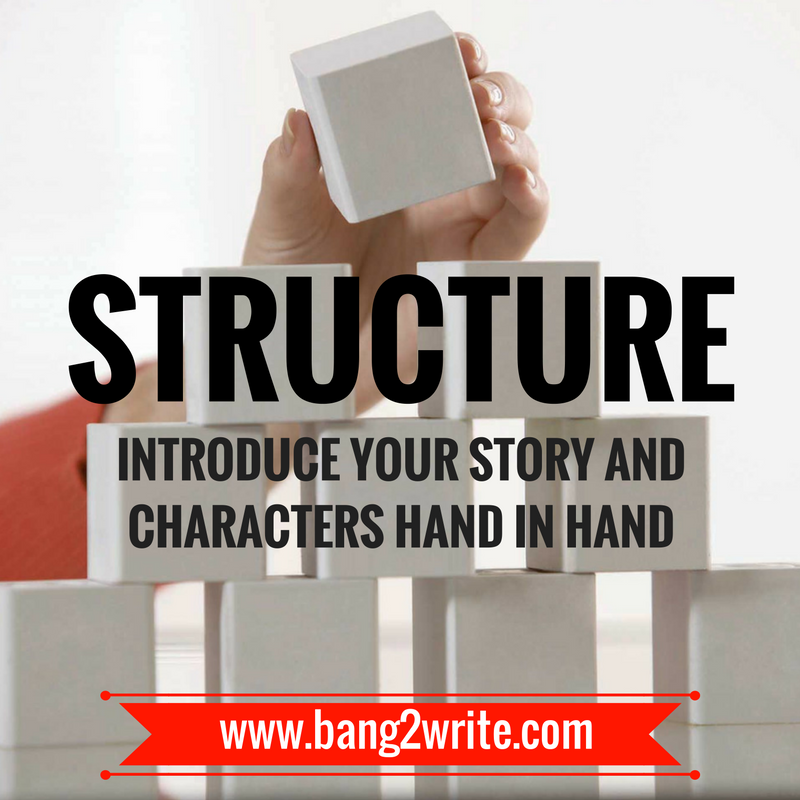 What’s more, there are very typical pitfalls writers and their scripts can fall into — which tell us, the script readers, you’re getting by with a wing and a prayer on this issue. SUCH AS THESE:

This is the number 1 issue of screenplays. Starting too early means stories end up making readers ‘wait’ for the story to ‘start’ and we HATE this. Hate, hate, hate it. Why? Because it nearly always means a script is overly long.

There might be a plethora of information and advice everywhere, but in real terms, we all KNOW that if we end up with an overly long page count, there is an issue ‘upfront’, in Act 1. Hell, if it’s good enough advice for the likes of Billy Wilder to go back and investigate, you and I should totally do this too.

But okay, you haven’t got a VISIBLY long page count of 120+ pages. Fine. But trust me, it’s still too long if we’re waiting for that story to start.

If characters are not what they SAY but what what they DO (and they are), then story and character need to begin HAND IN HAND. In other words, we do not want:

TOP TIP: To check your character and story is being introduced ‘hand in hand’, randomly chop off the first 10-20 pages. Does it make any difference to how we understand the characters and their intentions? I bet you three million squid, plus tentacles, it will only require minor tweakage for us to be able to follow … After all, I’ve seen this happen, time and time again.

Lumpy structure is an issue when there *is* good conflict going on in a screenplay, but it randomly stops and starts, usually when a writer remembers s/he needs some ‘character-building moment’ for some reason, kinda like this:

PROTAGONIST: Phew! So glad we outran that serial killer.

SECONDARY CHARACTER: Yeah, me too. I know, let’s play a board game and talk about our childhoods so the script reader will think we’re totes three-dimensional.

PROTAGONIST: Great idea! Plus it will give the serial killer time to catch us up cos it’s only p35 and we got 55-65 more of this shit to go, yet … Plus said serial killer is back in 5 pages.

I wish I was kidding! I have read scripts LIKE the above, time and time again. Because this screenwriting lark IS harder than it looks.

Of course even high octane scripts have light and shade, but that doesn’t mean you should be LITERALLY SLOW in achieving this. Whatever the jeopardy is, needs to KEEP GOING and building, from page 1-100.

TOP TIP: Worried your script has weird lumpy bits? Ask yourself whether each scene carries its weight towards the overarching narrative. What does this scene give to the story AS A WHOLE? MORE: Are You Making Any Of These 20 Killer Errors In Your Screenplay’s Scenes?

However, episodic structure becomes a problem in two major areas:

In terms of the first one, certain genres demand structure that are stripped right back, so don’t generally suit episodic structure. Whilst nothing is impossible, the likes of Horror, Thriller and even Comedy generally do best (especially in spec form) when they are NOT episodic.

Secondly, sometimes writers try and use the term ‘episodic structure’ as a Get Out Of Jail Free Card. In other words, they can’t be bothered to do the work of really ensuring their structure works, so if their story (inevitably) meanders all over the place, they pretend it was MEANT to be that way.

NO. JUST NO! BAD WRITERS. This is also why the average script reader will see an episodically structured screenplay and think it’s NOT on purpose.

TOP TIP: Rightly or wrongly, episodic structure is most often seen as a ROOKIE MISTAKE in the spec pile — so if you use it, it’s a calculated risk. Remember that!

There are two ways I see most often where stories escalate too quickly:

Whether character-lead, or writer-led, neither of these two elements is STORY-LEAD. And this is the problem. In the first instance, the character is doing stuff suddenly because the writer forgot about his or her character role function; in the second example, the writer is probably bored of writing, or wants to AVOID putting their characters through BAD STUFF.

Whatever the case, we jump from one act to the next and it’s not dramatically satisfying.

TOP TIP: If you suspect your story is escalating too quickly – especially in the case of a script that comes in UNDER in terms of page count – then run a report or write out the major events in your script. A sentence per scene will do. Are they ‘balanced’? Or are there ‘too few’ at the end? That will tell you what you need to know.

In this internet age of screenwriting blogs and courses and webinars, many writers understand that number 1 on this list spells certain death for their scripts in terms of getting their specs read.

So they’ll pour EVERYTHING into not only their first ten pages, but the whole of Act 1. It will be exemplary, introducing us to the characters and story hand in hand, so we really know what we’re dealing with. AND THEN:

From Act 2’s first turning point (or whatever you want to call it), the action will ‘run on the spot’. Sure some cool things might happen but they’re much of a muchness and yes, again, we’re WAITING FOR THE STORY — but this time, we’re waiting for it to kick into ‘resolution mode’. YAWN.

Yet we want some sense of ESCALATION, PROGRESSION, ADVANCEMENT across the narrative. That’s the point.

It doesn’t matter about genre, tone, convention or whatever. We want to feel like we start in one place … get taken through (a bunch of other) places … to the last one.

That’s it. We do NOT want to be marking time between the beginning and the end. That spells BOREDOM. Instead, we want to feel like we’re ‘climbing walls … each one bigger than the last’. Hence PROGRESSION.

TOP TIP: If you suspect your structure is running on the spot in Act 2, again: write a list of everything that happens. Plot it on a graph and ask yourself – is this event or happening ‘bigger’ than its predecessor? What does it ‘give’ to my protagonist’s journey in terms of stakes or growth?

Knowing the problems your story MIGHT run into via plotting and structure is half the battle. I’m always going on about this because pro writers are masters (and mistresses!) of structure. So make structure your BIATCH and start today.

previousINFOGRAPHIC: Most Annoying Writing Mistakes
next6 Weird Ways To Approach Your Writing