5 Epic Problems Nearly Every Writer Has When Drafting

So, as a script reader and script editor I help writers with their drafts … and these are the 5 issues I see just about EVERYONE struggling with and some time or another. Yes, even pro writers!! Enjoy — and pass it on! 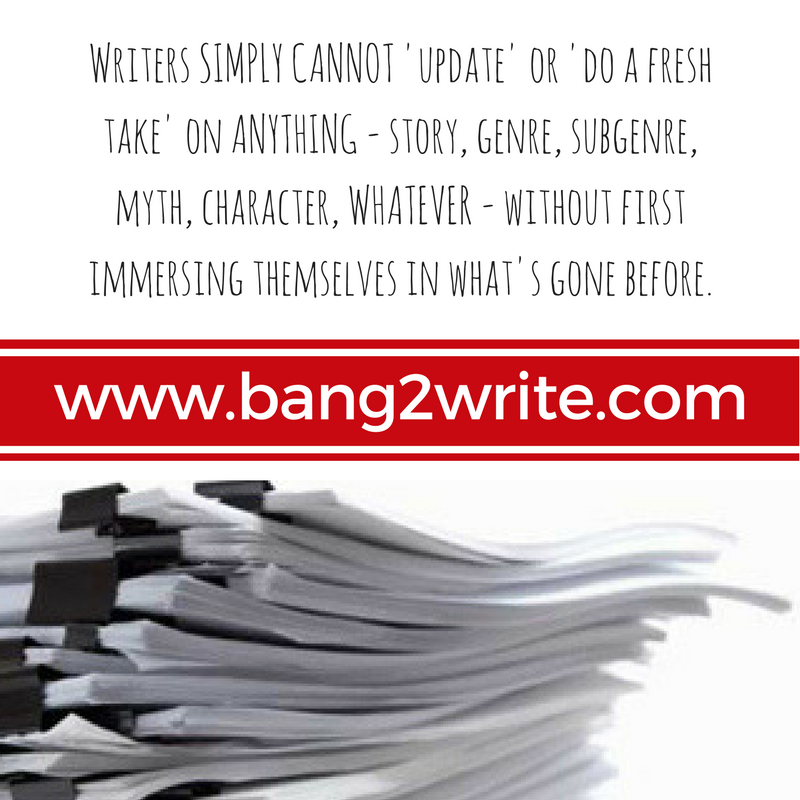 Every writer has a ‘message’, because writing is in itself a communication. I’d argue all of us want to SAY something, or PROVE something. It’s an innate part of being a writer. I’d bet real actual money on it.

However, that message (or whatever you want to call it) should never bypass the entertainment value of your screenplay or novel. Audiences do not sign up for messages, they sign up to be entertained. An obvious point perhaps, but one screenwriters and novelists consistently seem to MISS.

Think of your story as having ‘layers’, like an onion. The top layer is entertainment value. People should ENJOY your work, whatever that means. The second layer is the story AS IT APPEARS (ie. the logline version). The third layer, hidden inside? That’s theme layer, where symbolism (and all that other fancy stuff) is. MORE: All About Symbolism In ALIEN (1979).

Look, if I’m boring you telling you how you’ve got NOTHING without a great concept, trust me: I’m boring MYSELF. This is a non-negotiable of screenwriting, so it’s really a hella lot easier if you just invest in this shit before you go to draft, okay?? Okay. MORE: 7 Steps To Road Testing Your Concept

These two things are inextricably linked but are NOT THE SAME:

Character motivation = WHAT a character wants/needs & WHY.

Role function = WHAT the character does in the story & WHY.

You need to know the difference in order to make sure you’re actually identifying what needs to be done with your characters and your story! MORE: The ONLY Two Things You Need To Know About Characterisation

Writers frequently tell me they’re doing an ‘updated version of [X Movie]’ or ‘a fresh take on [this genre or idea]‘. Yet when I ask HOW it’s been updated, or WHY it’s a ‘fresh take’, they just describe what I’ve already seen and read.

Let’s get this straight. Writers SIMPLY CANNOT update or do a fresh take on ANYTHING – story, genre, subgenre, myth, character, WHATEVER – without first immersing themselves in what’s gone before.

Do. Not. Skimp! Or fail miserably to do what you set out to. You have been warned. MORE: Top 5 Genre Mistakes

5) Not knowing what their HOOK is

Closely related to number 4 on this list, one of the reasons writers fail to get off the starting blocks with their work is because they don’t have a HOOK in their work – that *thing* that acts as a PULL for readers or viewers to *want* to consume your work.

Do not underestimate the power of the HOOK. Every single produced or published writer has created one in their work. Yes, even the ones whose work you hate and/or think is over-hyped.

In my book, Writing And Selling Thriller Screenplays, I break down the hook into two categories:

1) Dramatic Hook – this feeling of ‘what would YOU do [in this situation]?’ This doesn’t have to be ONLY part of the Thriller genre, but works brilliantly here because it gives a VISCERAL pull to reader or viewer by asking them to imagine themselves in the protagonist’s place.

One of the most popular books and movies of the past few years is The Girl On The Train for this very reason – we’ve all been on trains and we’ve all seen *stuff happening* through said train windows. So, what would we all do in Rachel’s place??? THAT’S THE DRAMATIC HOOK.

2) Commercial Hook  – is often based on cultural FEAR. As we’ve all seen lately, there’s a huge fear of clowns in our culture, so it’s no accident Stephen King’s IT is so popular and there’s apparently going to be a remake.

However, commercial hooks don’t have to be about fear; they’re just as often about a cultural DESIRE. This is why we see so many stories about giant robots, or giant monsters. A huuuuuuuuuge amount of people worldwide literally *love* both of these things … so graphic novels, games or movies about them like PACIFIC RIM are basically inevitable.

The reason knowing your hook is so important? Because then you can answer the question ‘Why this story?’ WITH EASE when producers, agents and publishers ask it … or one of these other pesky writing questions. 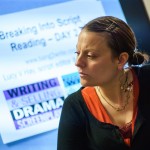 Like this post? Then check out my course, Breaking Into Script Reading, in association with LondonSWF. Join us for this intensive 2 day workshop that breaks down the art and craft of reading scripts to help improve your own writing, to also improve your feedback for other writers and most importantly, to earn you money as a professional reader. FULL DETAILS HERE.