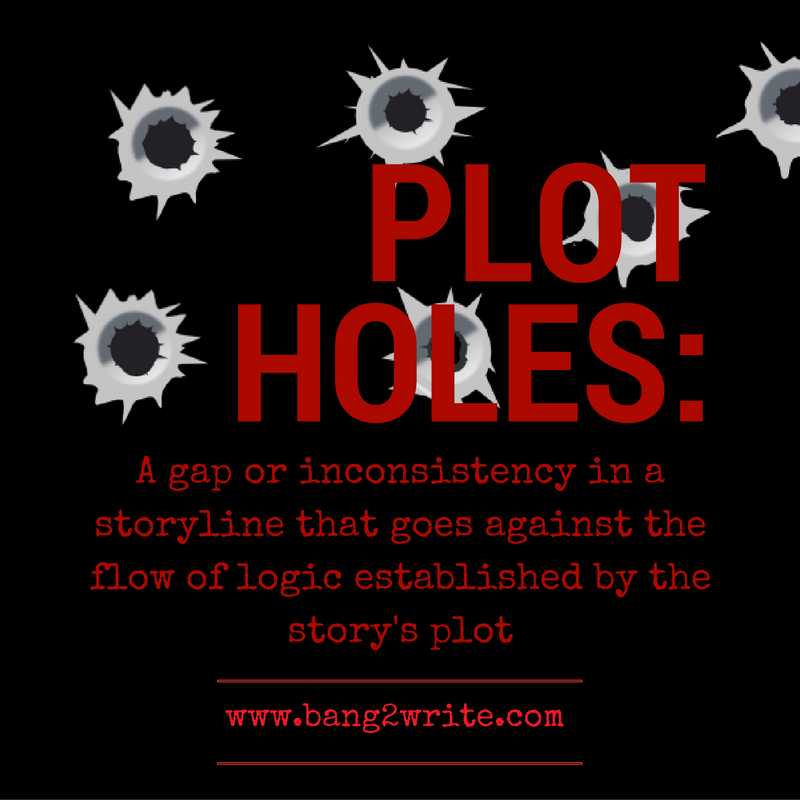 Whenever *anyone* discusses a movie or TV show online, it’s not long before someone in the thread laments apparent ‘plot holes’ in the narrative.

But what IS a plot hole?

This definition, from Wikipedia, is actually pretty good:

In fiction, a plot hole, plothole or plot error is a gap or inconsistency in a storyline that goes against the flow of logic established by the story’s plot. Such inconsistencies include such things as illogical or impossible events, and statements or events that contradict earlier events in the storyline.

This, from Urban Dictionary  is NOT good:

Here’s what you need to know about plot holes:

Note use of language in the first definition: a plot hole is described as ‘against the flow of logic established by the story’s plot’. In other words, you need to start as you mean to go on. Duh.

But it’s surprising how many spec screenplays flip-flop like this, especially when it comes to characterisation. A character will start off thinking or behaving in one way, then suddenly they’ll be doing the opposite, usually to serve the plot.

In other stories or genres – especially fantasy and science fiction – characters are suddenly able to certain things, especially when it comes to things like magical powers or gadgets that do things like time travel. This is fine as long as it was established within that story world from the offset … If it wasn’t, then it IS a plothole and sometimes even a dreaded Deus Ex Machina.

As with the second definition, it’s worth remembering that very often, people who don’t like a movie or TV show will insist it’s full of plot holes regardless of whether it actually is or not.

In the example above, JEEPERS CREEPERS’ inciting incident is placed under fire simply because the poster does not believe the two characters would go and investigate something strange like this.

Yet the notion of ‘curiosity killed the cat’ is part of our culture. There are many stories in which characters literally walk into the monster’s lair … And not always unwittingly, either. It’s possible to know something is a bad idea, yet do it anyway. We will all have done something dumb or risky because we’re curious. It’s a standard human *thing* and not inauthentic.

So, in real terms, the notion the inciting incident of this movie doesn’t ‘work’ simply does not stand up historically OR culturally.

Instead, I would suggest the person posting on Urban Dictionary simply didn’t like JEEPERS CREEPERS. 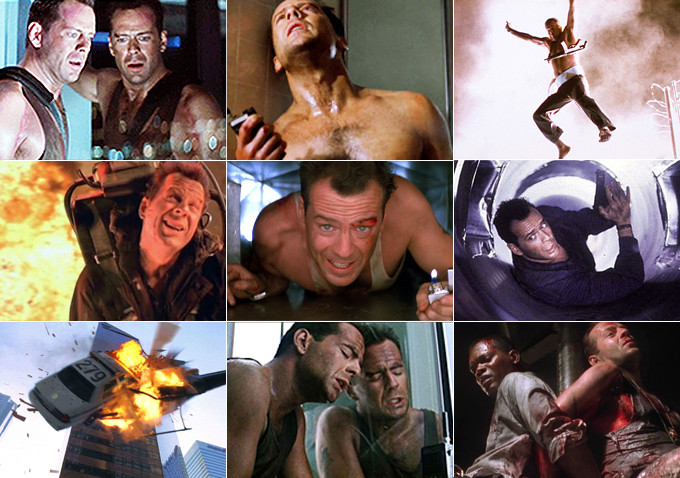 Whilst it’s always important to do your research and perform due diligence with your stories, facts often get in the way of GOOD DRAMA. That’s just the way it is.

This fun rundown, Survive Hard: All The Times John McClane Should Have Died In the DIE HARD Series illustrates ‘sacrifice facts for drama’ perfectly. As our hero, McClane can withstand just about anything: jumping off buildings, grenades, getting run over by planes, YOU NAME IT.

In the very least, he should have been horribly injured by at least one of these occurrences, but bar cuts and grazes, he’s fine. This is NOT a plot hole. This is writers – and filmmakers – sacrificing facts for drama. Because it’s a helluva more exciting to watch McClane running about defeating bad guys than worry about whether he ‘should’ survive or not.

That said, we COULD write a movie about John McClane breaking his back and having to learn to walk again … But that would be a different type of film! Yet even within a drama like this of struggle against the odds, we’d still end up sacrificing facts for drama somewhere, for some reason.

In short, fiction can only ever be a ROUGH facsimile of so-called reality. How rough it is will depend on many things, from audience expectation through to genre convention and many other things besides.

As long as you’ve exercised your due diligence in your research, plus worked out what’s possible and what’s not in your story world, you’re golden. And don’t bother listening to online armchair critics. You can bet your arse they wouldn’t like your movie, book or TV show written the way they apparently ‘prefer’, either!

More about this on B2W:

Tropes Versus Clichés: A Storyteller’s Guide

#OwnVoices has been weaponised by the very people who wanted authenticity and representation.For the uninitiated, #ownvoices refers to a writer who shares a marginalised identity with their protagonist, ie. - BIPOC writers writing BIPOC characters - LGBTQ writers writing LGBTQ characters- Disabled writers writing disabled characters- Neurodivergent writers writing writing neurodivergent characters And so on. So what's the problem? Gatekeeping. Writers are being outed or accused of not being 'black enough', 'queer enough', 'disabled enough' to write such stories. Hell some are even accusing writers of trolling for 'diversity points' 🙄 (sounds kinda Dudeflakey, no??) I rang the bell warning about this in 2017. I got accused of believing marginalised writers are automatically poorer writers than dominant voices (riiiiiight sounds like B2W! 😆) Look, I get it. In the quest for authenticity it may seem common sense to insist 'only' those with such lived experiences should 'get' to write about them.Dominant voices have highjacked, erased and screwed up such representations ENOUGH! 🤬But guess what --- gatekeeping like this doesn't work either. Now what?? 🤯Writers do NOT owe their target audiences or even industry pros every aspect of their lives in order to be 'allowed' to tell a story. Equally, we can't claim 'erasure' when people DON'T write about our communities ... *and* claim 'exploitation' when people DO write about our communities.For more on #ownvoices narratives, visit 👇👇👇🔗🔗🔗 bang2write.com/2021/06/the-uncomfortable-truth-about-ownvoices-stories.html 🔗🔗🔗 ... See MoreSee Less

So a B2Wer got in touch asking about FLASHBACKS in screenplays ⚡⚡⚡Find out all about flashbacks today on the main B2W site, including how to format them. Pass it on!! 👇👇👇🔗🔗🔗 bang2write.com/2022/01/focus-on-format-how-do-i-write-a-flashback-within-a-flashback.html 🔗🔗🔗 ... See MoreSee Less

⚠️ NEW POST ALERT!!! ⚠️Get over to my #blog today for #writing tips from Jim Thompson, a guy you may not have heard of but who counts the mighty Stephen King amongst his fans!! Find out why King loves this guy so much on B2W today 👇👇👇 ... See MoreSee Less

Jim Thompson was a hardboiled crime author who counts B2W Stephen King amongst his fans. Check out h...
View on Facebook
· Share