So, I write A LOT on this blog about writing mistakes, but that’s because I see them ALL THE EFFING TIME. Seriously, every single day. In all kinds of mad ways. And there’s just no excuse … Not when there’s a STACK of advice online on how NOT to do this shit.

But it’s important to remember it’s NOT just newbies and unproduced, unpublished writers who make these mistakes either. Even pro writers may fall foul of obvious pitfalls … And it’s far easier to do this than you think! Chew on these for size: 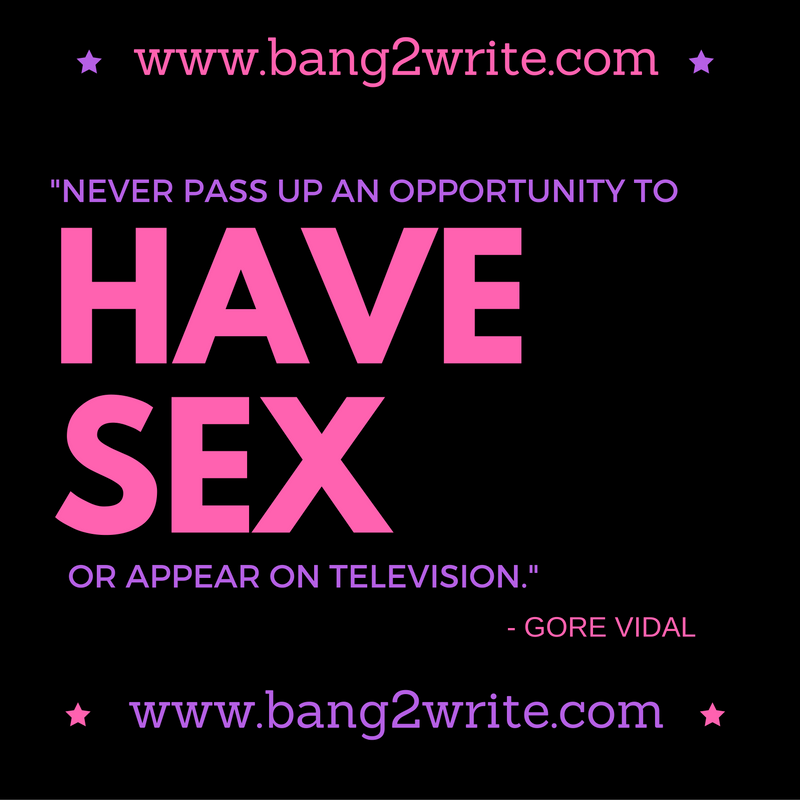 1) Not having a proper submissions strategy

I’ve said it before and I’ll say it again: everyone – even pro writers – need a STRATEGY for managing their submissions. If you’re lucky enough to have an agent, it might go something like this:

YOU: Who are we submitting to?

AGENT: I thought X and Y. Any other ideas?

YOU: How about Z.

If you don’t have an agent, you need to:

This is the VERY LEAST you need to do, by the way. (Really savvy writers send a certain project to a certain amount of producers/publishers, within a certain amount of time, evaluating any feedback and making decisions on  whether it’s worth continuing with that project. Just sayin’). MORE: 5 Career Strategies For Writers

2) Not having a platform

Social media gets a bad rap, even ON social media. You don’t have to look far for someone slagging it off, saying it’s useless or a distraction.

Whilst social media CAN be both of these things, like most things it depends how you use it. If you utilise it effectively, you can reach the people you want to work with easily – and get your work right under their nose. What’s more, you can create yourself a ready-made following/fanbase too!

In addition, if you decide to supplement your income with a little freelance writing, that’s great practice for your screenwriting too. What’s not to like??

3) Letting rejection get them down

Get this. Rejection will never stop. As long as we writers keep going, we are going to hear “No” far more often than “Yes”. Some of those rejections will be regretful, “I wish I could BUT …” Others will tell us never to darken their doors again. Most will be somewhere in the middle.

THERE IS NO CATCH. It is only chance. So enjoy the good times and buckle dow during the bad. There is, quite literally, no other way through … Unless you give up. Are you going to give up? MORE: 7 Ways To Deal With Rejection

4) Getting jealous or despairing of others’ success

I think it was Gore Vidal who said, ‘Every time a friend succeeds, a little something in me dies.” (He sounds like a bit of an arse here if you ask me, but then he also said the kickass quote at the beginning of this article, so I’ll forgive him).

It’s very easy to get jealous of others and imagine they don’t ‘deserve’ what they have. Sometimes it’s even true. But let me ask you: how does it benefit you? Quick answer: it DOESN’T. And it’s not polite to eat one’s liver in public.

So slap on the brave face, slap that other person on the back and move on. Concentrate on your own stuff and let the bile go.

So we all know the story of a writer who made a gazillion quid and became a household name. That’s NOT most of us. And it never will be.

So you might hear instead, “Oh well if I can just make enough money month to month, to pay all my bills, THEN I’m a professional writer”.

For most SUCCESSFUL creatives, at best it’s famine or feast, plus none of us are paid strictly what we’re *worth* either. If you think of the hundreds of hours we spend on our specs … And that’s just for starters. Sure, there are some jobs that pay better than others (television); plus if we’re lucky enough too get a MEGA HIT for some reason (wish), but generally speaking, 99% of us are doing this for the LOVE of it, not the money.

So find some other way of validating yourself as a professional — cos it sure as hell won’t be WONGA! MORE: 24 Experts On The Foundation Of Success