Writers are a funny bunch. We often make life a lot harder for ourselves, when all we need is a mindset adjustment. 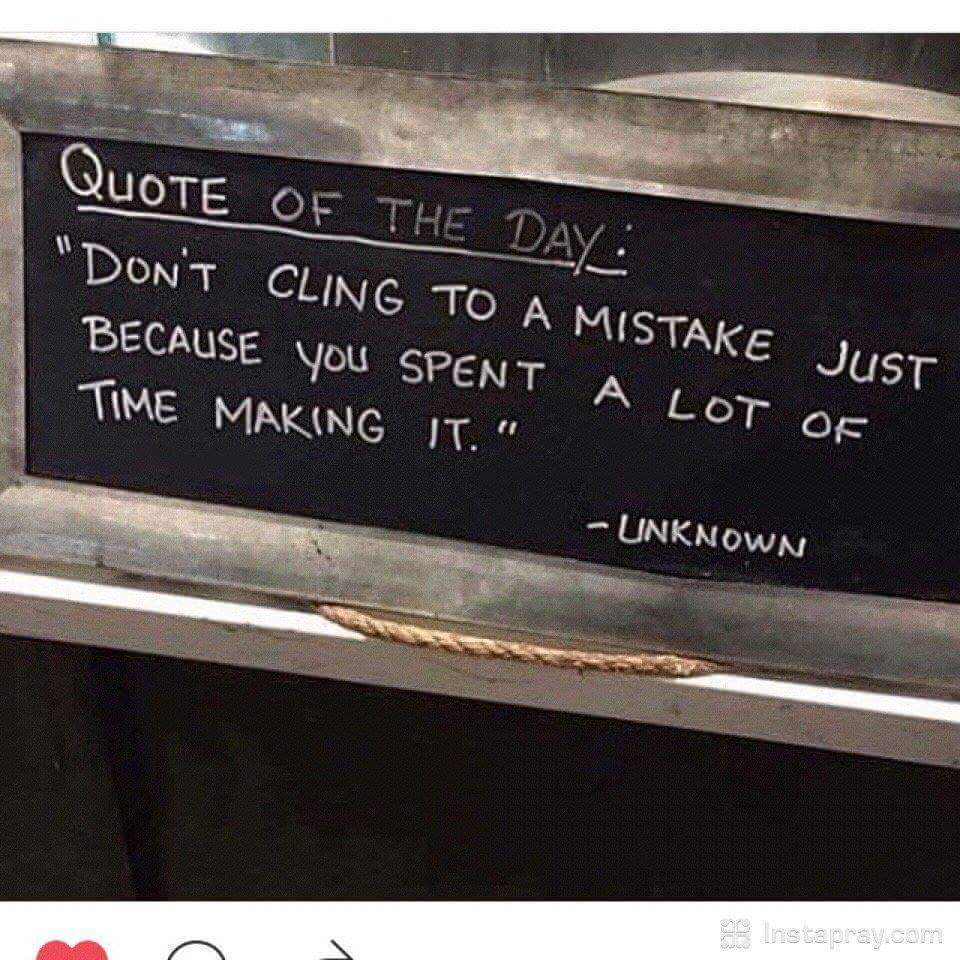 Why this pic is particularly relevant to writers

As any script editor, agent, producer or mentor will tell you, they see writers clinging on to:

So, it’s pretty much THE NORM for writers to find a BAD way of doing something in this biz and then sticking to it NO MATTER WHAT.

WTAF is up with that?? I’ll tell you. But first, a little background.

Sometimes, as a script editor, I will need to – gently – suggest to a writer s/he moves on and finds another story or draft or way of doing something because what s/he is currently doing is NOT WORKING.

It’s not something I suggest willy-nilly. Many creative endeavours are salvageable and with the right mindset, a writer can achieve whatever s/he wants. I really believe that.

However, this ideal must be tempered with realism too. Sometimes a writer is not ready to really dig deep on a work. They may not have the experience or craft level to do what needs to be done.

Plus also, sometimes their idea simply SUCKS BEYOND ALL REASON and no one will touch it with a ten foot barge pole.

In these cases, I may suggest they rethink.

Most Writers Do This, Instead

Yet when I suggest this, for every ten writers I say this to, nine will say, ‘But I spent HOURS on this!!’

That’s right- just ONE will listen and say, ‘You know what? I think you have a point. I will change direction.’

The other nine writers are mistaking their time as being WASTED on stuff that does not work. As a result, they want to keep going with something that doesn’t work instead quite literally hold themselves BACK! WTF?

In these cases, my heart sinks. Of those nine, I can make maybe three see sense – that they’re standing in their own way by clinging onto the concept,draft or strategy that is not working.

But this means six hold steadfastedly to *that thing* that is not helping them. As a result,they do not advance and this leads to heartache for them. I don’t want my writersto be upset,I want them to PROGRESS and feel satisifed with their work.

I know it’s hard when you do something and it doesn’t work. You may have spent tens of hours on this draft; or perhaps you’ve spent the same amount of time marketing or querying and all you’ve got back is crickets.

But instead of thinking of it as WASTED TIME (and keeping going with it), think of it instead as INVESTED TIME.

You now know what DOESN’T work. This is power. So don’t make yourself powerLESS by keeping going with the wrong thing!

PROGRESS AS A WRITER.

5 thoughts on “The 1 Epic Mistake Nearly ALL Writers Make”