5 Ways to Power Through Your First Draft

The first draft is HARD. For a long time I had an embarrassing secret: I couldn’t get past the outlining phase.

“Writing” was endlessly beating out plot points, charting character arcs, and shuffling notecards, never feeling like the story was quite “there.” Never feeling ready to move on to scenes and pages.

Ugh. If you’ve been there, you know how frustrating this is.

Really the problem was that I had identified myself as a “plotter.” It happened by default; I knew I wasn’t a “pantser.” But plotters need to nail down every last detail of a story before firing up the screenwriting software, right? That’s what I thought, anyway. So I would keep at it, hoping at some point I’d have it all figured out. Truthfully? I was stuck.

And then I was hired to write a screenplay, to deliver it on deadline, and I had to get un-stuck – fast!

What I learned (finally) is that the writing process isn’t linear. Even if you somehow managed to figure it all out in advance, there would still be change and discovery through the creative process.

So why fight it? Writing is rewriting, and most professional writers advise getting through the first draft quickly so there’s something on the page to begin to rewrite. (And rewrite and rewrite again.)

If you’re ready to get out of the endless-outlining trap and power through a first draft, I’ve compiled five different methods for doing just that. These strategies provide enough of a game plan to get you through the draft without getting lost, but are also minimalist enough to keep you from getting stuck trying to plot out every inch of your story. So you can get to the end, and on to the real business of rewriting … LET’S GO! 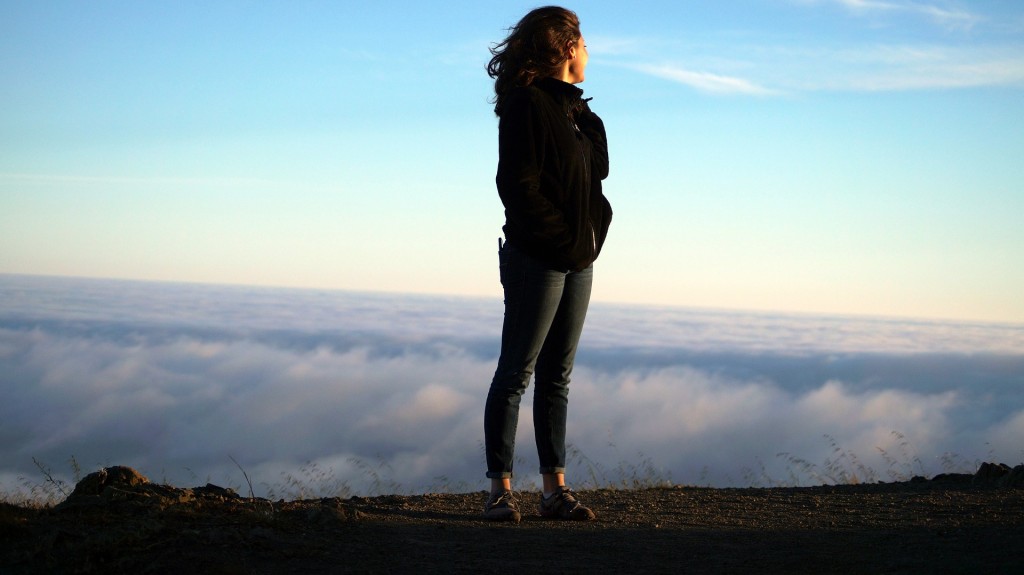 “Springboard” is simply a way to think about a significant event or reveal that changes the action and creates an engine to drive the next section of script. Rather than outlining every scene, your pre-writing with this method involves coming up with the springboards that occur throughout the story (aim for one every 12-15 pages or so), and the new type of action or struggle that’s launched by each one. You then use this framework as a guide through your first draft.

Good for: Writers who like to think in sequences, or stories that naturally follow a Point A to Point Z geographic journey.

In short: Use springboards to break up your script into manageable sections, and kick off each one with a burst of energy.

With this method, your pre-writing involves identifying the two or three main relationships and/or conflicts in the story, and the starting and ending points for each. Then the writing process involves working linearly from the beginning of your script, planning only the next step of each conflict or relationship before you write it. This method gets its name from a former writing teacher of mine, who described it as “seeing only what’s illuminated by your flashlight.”

Good for: Stories involving ensembles or multiple storylines, or writers who want to shake up the ol’ writing routine and try a more intuitive method.

In short: Limit overwhelm by keeping only the next development of a plot or relationship in view as you write.

If your story is based on one main conflict, this method works well. To pre-write, you brainstorm all the escalations you can think of for the conflict, and organize them for a progression of intensity. While writing the draft, you’re always aiming toward the next escalation.

Good for: Any story with one central conflict, however epic or intimate.

In short: Organize a sequence of increasingly intense escalations in advance for a writing map that virtually ensures a first draft with momentum. MORE: Why Being An Expert At Structure Helps Your Writing

With this method, your pre-writing involves creating a cause-and-effect statement that encapsulates each quarter of script. Think …

Keep in mind that the “effect” parts of your statements can be escalations, reversals, or changes in action. You probably want to vary it up for drama’s sake. The statements are the broad strokes of each quarter of your script, but they help you focus on creating narrative drive and impactful turning points.

Good for: Writers who worry their stories are episodic.

In short: Build sections of story around cause and effect statements to easily see how plot events are linked. Banish the word “episodic” from your feedback.

And in the final method, you’ll focus your prewriting on the key scenes that make up your story. For instance …

Whatever it is that makes up the basic story you want to tell. Once you’ve identified those essential key scenes that tell your story, you’ll write those scenes in any order you choose. You’ll then write the pages needed in between to connect the key scenes together.

Good for: Writers who like (or want to try) writing their stories out of chronological order.

In short: Identify story tentpoles in advance, then write them in any order that inspires you.

These methods are intended to help you lighten up! This will help you get out of prewriting, through the first draft, and onto the work of rewriting. In the end, use whatever tools you need to get you to Fade Out. It’s just the beginning, my friend.

Good luck with your own first draft!

BIO: @NaomiBeaty is a screenwriter and script reader in Los Angeles CA. Visit her online home for a view from the trenches and free downloadable screenwriting resources.

2 thoughts on “5 Ways to Power Through Your First Draft”