With a resumé that includes movie classics I love like THE FIFTH ELEMENT and CHILDREN OF MEN, producer Iain Smith was already on my list of  top UK creative professionals … but then he goes and gets MAD MAX FURY ROAD made, too!

So I was delighted to chaperone the LSF Talent Campers to an exclusive half hour session with Iain during London Screenwriters Festival this weekend just past. Iain offered up some brilliant nuggets of advice and writing wisdom, so make sure you strap yourself in … 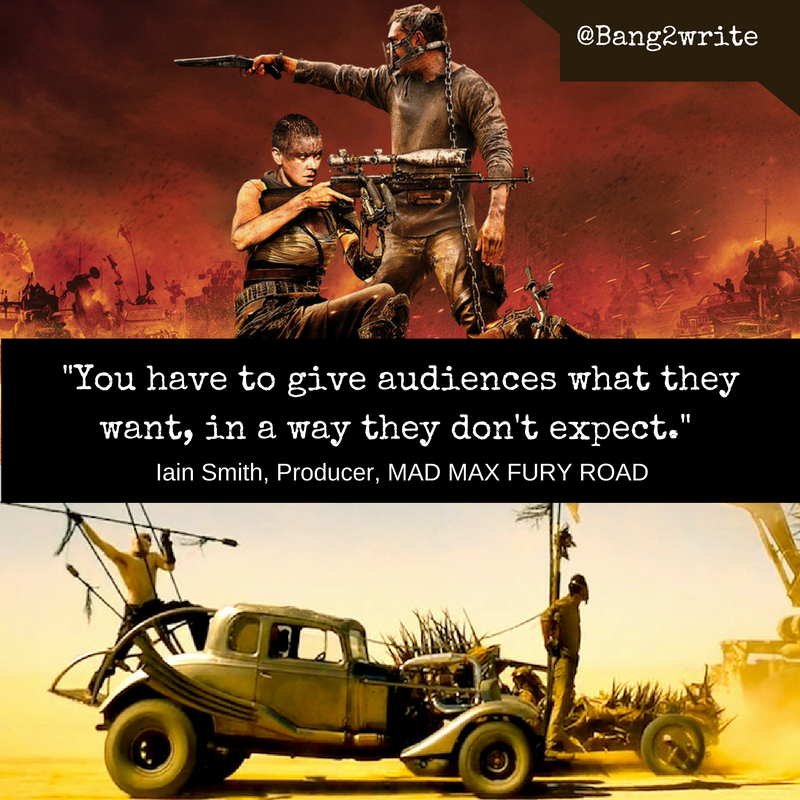 1) It all STARTS with the writing …

Production is frequently something screenwriters misunderstand, so it was great to see Iain demonstrate that he cares every bit as much as us about STORY. Iain Smith clearly loves the creative process and puts major stock in storytelling as a whole. He talked of ‘going on an adventure’ via the story and said that “writers have to remember it starts with them”. MORE: 3 Questions Your Writing MUST Answer

MAD MAX FURY ROAD is now one of my all-time favourite movies (so I’ve read lots about it), but even I was surprised to hear that there was NO SCRIPT.

But wait! There was a script in the sense that the movie was mapped out via a humongous four thousand and give hundred storyboards. Smith made the argument that George Miller is a filmmaker and it was his way of telling the story just as well as words on a page (and who are we to argue?? Whether you enjoyed MAD MAX FURY ROAD or not, it told the story it set out to).

But of course the studio didn’t like this idea so Smith hired ‘some poor guy’ to trawl through the storyboards and piece together a script to send The Money Men. Apparently it was just 61 pages and ‘unreadable‘! But it kept those moguls happy!!!

Smith was unrepentant. He said that if they”d done it the studio’s way, ‘They would have fucked it up‘! So, moral of THIS story?  Like William Nicholson said, be brave and bold to get the results you want.

Iain Smith is a producer, not a writer. His job is to make the creative stuff HAPPEN by taking it *from* the page and *into the real world* (whatever that means).

So if a screenwriter has to show us WHY we need this story telling, then a producer like Smith has to work out HOW it will be done. This means writers have to be FLEXIBLE with their storytelling as Smith asks, ‘How do we protect the creative vision WITHIN the realities of filmmaking?’ MORE: 6 Ways To Make Your Screenplay More Likely To Get Made 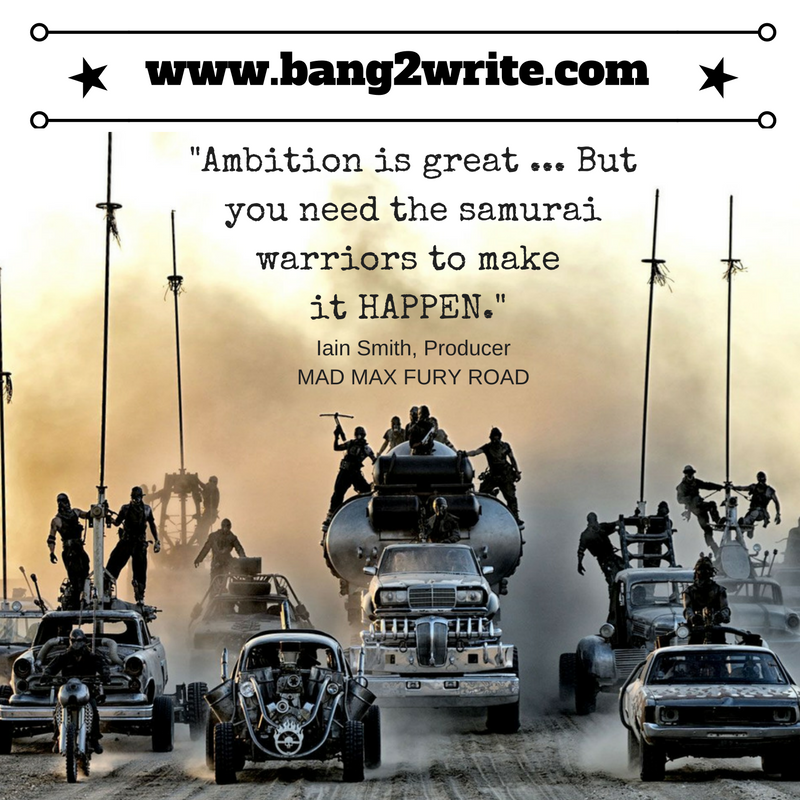 4) BUT it’s not about costs, but VALUE

Smith said that when a director says ‘I’ll make it work’ his blood runs cold. He said that too many directors cut too readily and lose magical moments and key scenes, by throwing the baby out with the bathwater. This adversely affects the story, which he is so passionate about.

This is a great lesson for screenwriters, especially in 2016 when writers edit more readily on the page. Sometimes it can really work, especially in terms of character, structure and more realistic budgets, especially when starting out.

BUT knee-jerk script edits however hardly ever work. Giving yourself time to breathe after notes and reconnect with the story means youre less likely to chop willy-nilly! MORE: Top 5 Feedback Mistakes

5) Everyone sees their OWN story

Whether you’re reading the screenplay or making the actual project, it’s worth remembering the director, producer, crew members and even actors are seeing a DIFFERENT version of it.

That’s why Tom Hardy’s public apology at Cannes to George Miller is so compelling – until Hardy saw the finished film, he admits he hadn’t seen the same vision, yet he had been in just about every scene!

This is so important for writers to remember. It helps us because we realise that if someone sees our writing differently that’s okay … BUT ALSO, through this, we  discover those parts that are non-negotiable as in point 4 on this list! MORE: How To Write Action Set Pieces In Your Big Budget Thriller Screenplay

So, be brave and bold … but realise there are other great people out there who want the same as you!