Whether you’re crowdfunding for your movie or short film on Kickstarter; your book on Unbound; a charity on JustGiving – or something else! – you would do well to check out the mahvellous Zee from FNAFilms’ top tips on crowdfunding today.

FNA ran a very successful campaign for its debut feature The Stagg Do, so it’s safe to say they know their stuff. Over to you, Zee! 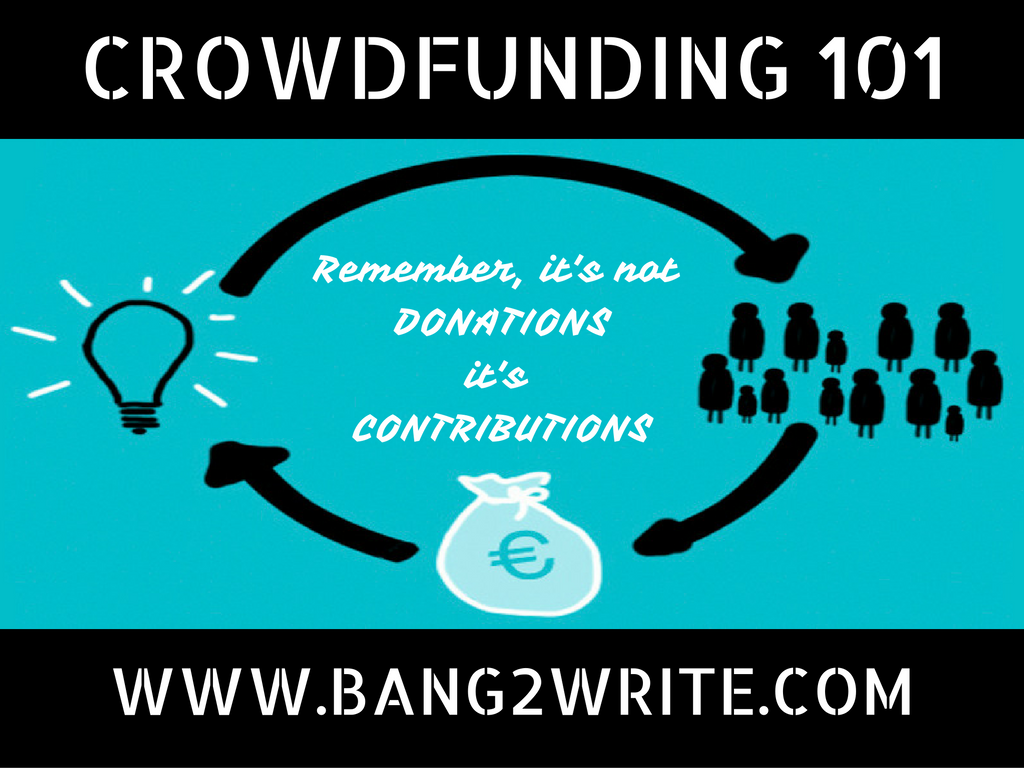 Don’t underestimate how much hard work goes into a crowd funding campaign. You can’t set up a campaign and leave it. Build it and they will NOT come, unless they know about it. You need to be pushing it CONSTANTLY.

Research campaigns (similar to yours) both successful AND unsuccessful. Learning from other people’s mistakes is more expedient and less painful that learning from your own.

Sounds simple, but it’s amazing how many people overlook this. It’s also worth reconnecting with people who you haven’t spoken to in a while, particularly if you think they will back you either financially or by sharing your campaign with their own crowd. A Facebook post does much of that, but it is worth an email to people too. And even if it’s a round-robin – make it personal (ie. in your own voice). MORE: 6 Ways To Annoy The Crap Out Of People Online

2) Think about who you know who will almost certainly contribute

For us it was close friends and family – think how much you might get from them (we assumed about £500-£1000) and quadruple that (or 5x it – is that quintuple?) and make that your goal. Unless what you need is less – then make it the lower figure… The key is then to get those people to contribute early – it creates buzz and critical mass; so contact them personally and individually. If you can raise 20-25% in the first 24-48 hours you should make your goal.

3) Make your campaign match the tone of your project

4) Think about the CALENDAR

I’d say you don’t want to be doing this too close to Christmas – as people tend to be watching their pennies at that time. Also take into account pay days. We felt a lot of our backers would be public sector workers who get paid the last week of the calendar month – so we made sure we had two pay days in our campaign – one at the start to get that 20% and one at the end for the final burst.

A short (circa 30 days) campaign on Kickstarter is good because it creates a sense of urgency, but it’s all or nothing – so know that if you fall $10 short you get zip.

Remember it’s not ‘help me’ (sounds desperate) … Instead it’s ‘help us build something special’ (tapping into your community).

It can be done on a phone – just don’t make it too shitty (ie amateurish) and make it an appeal from you. But not just you sitting reading a prepared script. I’m actually REALLY proud of our video – because we watched a Film Courage video the day before we shot ours that advised us to do something totally different to what we had originally decided on; we really followed that advice closely… which totally changed what we had planned – which would’ve been vanilla.

Ignore what they tell you – it is generally around 10% that they take. You also lose errored pledges (ie if someone’s card is rejected).

Be clever with your digital perks – coz they are FREE. Our physical rewards were at lower price points than I’d usually recommend – because I know our audience is poor. Also think about how tech unsavvy your crowd might be. Some people HATE spending online. I had a lot of people who wouldn’t contribute to us because they won’t spend online.

10) Keep your campaign active and engaging

Back to paydays … Some people want to contribute – but will wait until they have the money.  So, if you don’t remind them (well people generally) they forget. I can think of two campaigns that I wanted to contribute to, but didn’t for cashflow reasons, then I forgot about them. They didn’t remind me and they FAILED! You need to be updating around once a week minimum. Like blogs, you can pre-plan them. We had pre-planned ours but had to redo them on the fly because we hit our target so early. Nice problem to have 😉 ! MORE: 5 Tips On Making Your Crowd Funding Campaign Stand Out

BIO: After several years in theatre stage management, Zahra Zomorrodian co-founded FNA Films with James DeMarco in 2002. Since then she has produced several short films, plus she has self-released FNA’s first feature film, The Stagg Do.