7 Motivational Quotes From THE Shonda Rhimes Herself 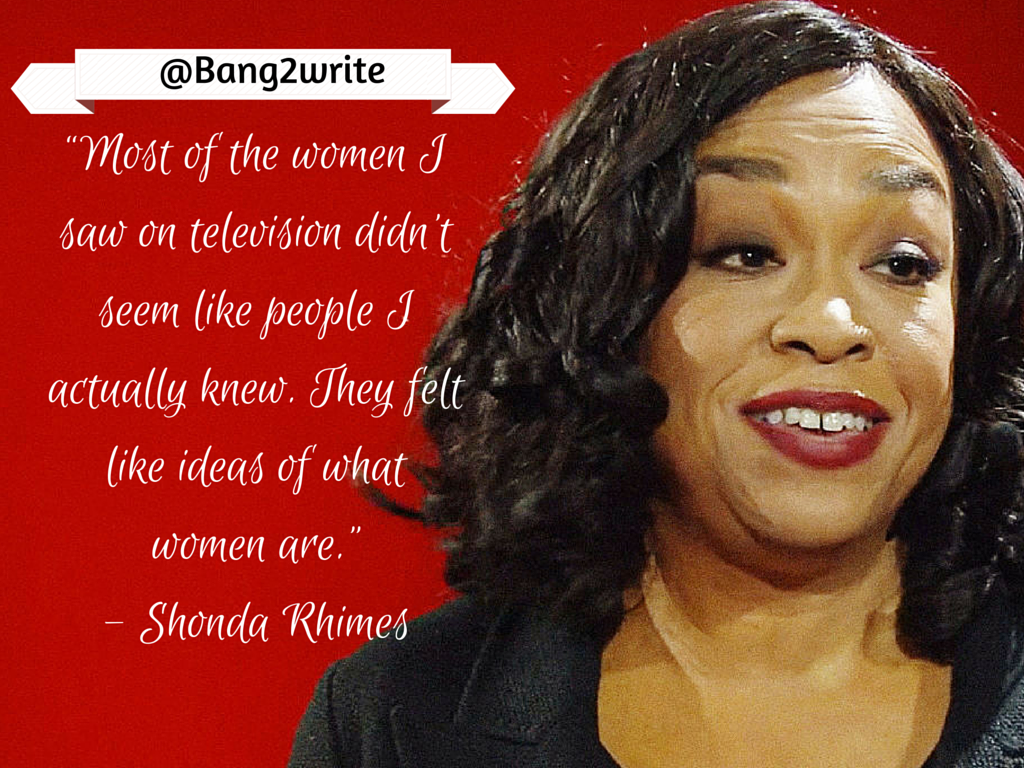 Shonda Rhimes is hardly a new name in the TV industry. As a wickedly successful producer, writer and most importantly, screenwriter, she undoubtedly knows all the tricks of the trade and – lucky for us – continues to share her insights to inspire next generations of followers.

Here are seven motivational quotes from the Shonda Rhimes herself that every budding screenwriter should take to heart and include into their quest to become a seasoned scriptwriter:

Before Shonda Rhimes, it could be argued the world of US television was lacking a degree of reality to it. This is what inspired her writing to be so revolutionary for the profession.

For screenwriters that are just emerging, it is crucial to remember that real life viewers have to be able to connect with the reality that you create on the television screen. Adjusting to this standard will accomplish a great deal for your writing.

2) “Writing for television is completely different from manuscript writing. A movie is all about the director’s vision, but television is a writer’s medium.”

Historically speaking, many television writers wrote as if they were writing for a movie. This is a mistake that stands no chance when you’re aiming to create the type of writing necessary to sustain a series that carries on for multiple seasons. A movie is focused on how the director perceives the characters to act; however, television is based on the writer pulling the strings.

3) “I think I’m most proud of the fact that I have figured out how to exist as both a creative person and artist, and a businesswoman and manager. Because those two things do not go together.”

Here, Shonda makes a vital point at the importance of a creative mind balancing both their right and left brain because it is very rare that the two can be managed by one person. Ideally, a screenwriter also has to know how to build their business in order to have the best potential for success in the entertainment industry. 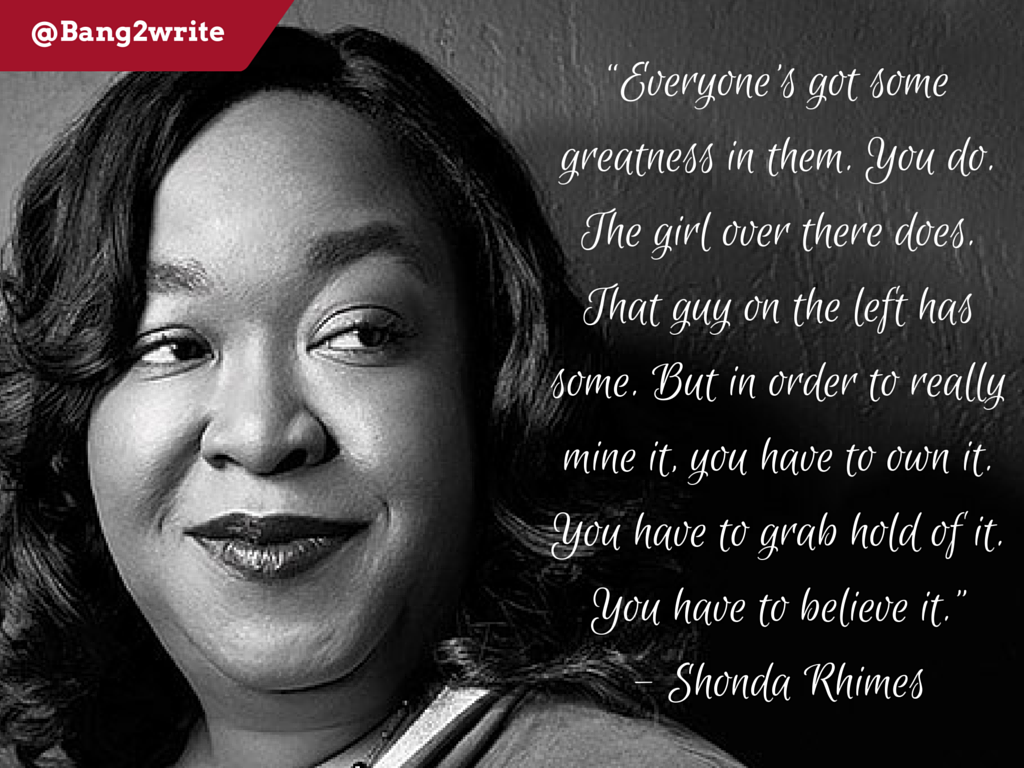 Shonda Rhimes did not achieve her success by worrying what every single critic thought of her. The key to becoming a spectacular screenwriter is to believe in yourself and love your characters as if they were your children. This love and dedication will translate into your words and will achieve its own success regardless of what happens next.

5) “Most of the women I saw on television didn’t seem like people I actually knew. They felt like ideas of what women are.”

6) “Everyone’s got some greatness in them. You do. The girl over there does. That guy on the left has some. But in order to really mine it, you have to own it. You have to grab hold of it. You have to believe it.”

Shonda Rhimes did not get where she is today without having faith in herself. She makes it clear that even if you’re new to the screenwriting industry, you must own your greatness and develop your craft to really hit it big. Once you do this, you will blossom into a unique writer in your own right.

If you can dream it, you can do it. While dreaming big certainly opens many doors and helps you build up that inner confidence to go out and fight, you’re only a winner once you finally take that action. Only then can you achieve success.

Ever felt like you were losing hope or motivation to carry on pursuing your screenwriting dream? Now you’ve got the complete Shonda Rhimes-approved power quote guide to refer to in these moments of sorrow and doubt, so fear no more. And trust her, she’s been there!

BIO: Susanne Loxton is an experienced writer with a passion for learning and education. On a daily basis, Susanne works for Aubiz, a compendium of knowledge about companies in her native Australia. Follow her on Twitter @LoxtonSusanne