Awwwww the much maligned female lead. Wouldn’t it be NICE just to greenlight a movie with a female characters  and everyone think it was NORMAL?

HAHAHA AS IF! Online, the summer 2016 has gone SUPER-CRAY, insisting an all-female Ghostbusters or Ocean’s Eleven (with eight) is RIGHT or WRONG or MEH.

And let’s not forget all that ‘Rey is a Mary Sue’ bullshit … Thanks Max Landis. NO REALLY!

But we’re WRITERS, so we’re concerning ourselves with ACTUAL WRITING, not nonsense-crit to get Youtube hits. So, WHY do people react so ridiculously to female characters?

Well, what I see in the subsmissions pile *might* have something to do with it, so strap yourself in boys and girls … 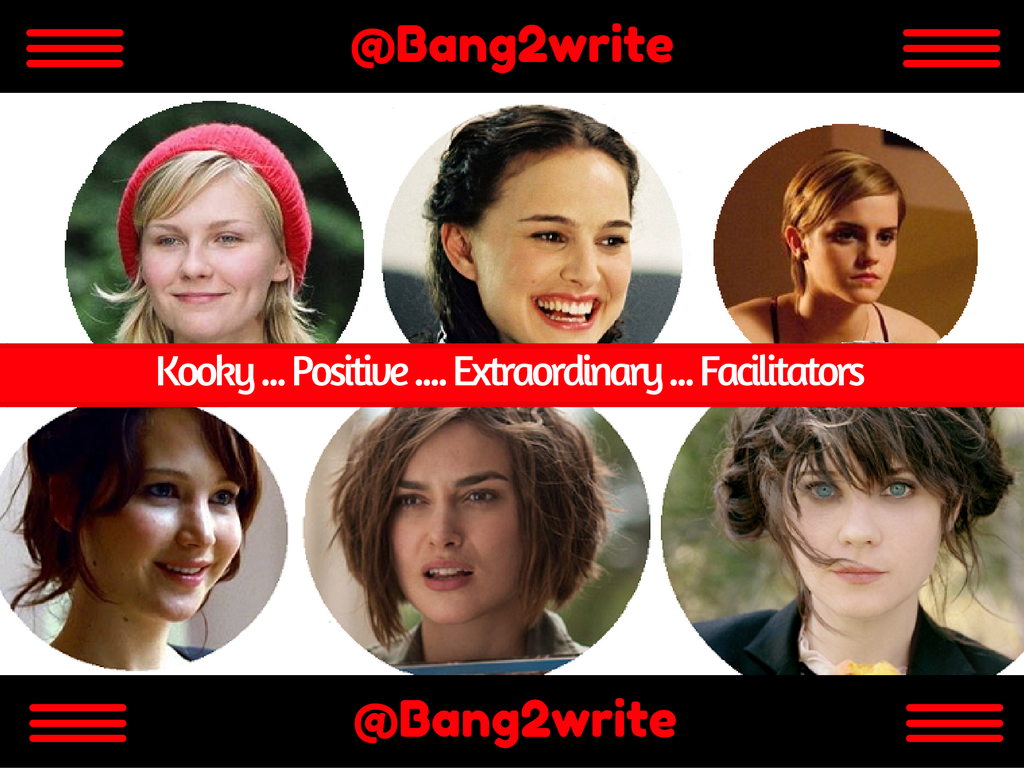 Look, if you only have ONE female in your screenplay or novel, you better be damn prepared for explaining WHY. Sometimes, it’s obvious: ie. there’s only one frigging character; or maybe there’s only two and the other one is male. THAT’S OBVIOUSLY FINE.

But if you have a cast of a thousand males and only one female? Have a word with yourself and STAT. MORE: The 1 Gender Swap That Could Make ALL THE DIFFERENCE In Your Story

Now, I’ve never had a real problem with the so-called Manic Pixie Dream Girl. Certain snarky sites call them ‘shallow’ but as far as Ican see, this character is usually represented as someone who’s in charge of her life, is no slave to fashion or ideology and has wisdom beyond her years. What’s not to like?

The problem then is the MPDG’s UBIQUITOUSNESS. I’m BORED of her. Also, she is a ‘Dream Girl’ – ie. an idealised version of a woman. How about some warts and all??

So, please come up with another role function for AUTHENTIC women, writers! KTHXBYE. MORE: 5 Male Secondary Characters Who Teach The (Female) Protagonist

One of the worst things online femcrit EVER DID was supposing female characters *should* be so-called ‘role models’. It’s easy to see why, but it means female characters are unfairly judged CONSTANTLY and can never, ever, ever match up.

Now I don’t know about you, but I’d rather my daughters saw representations of ALL TYPES of women — something femcrit says it wants, too. Yet this can’t happen when they’re all supposed to be GOOD. Talk about an own goal! MORE: 4 Female Secondary Characters Who Deserve Their Own Movie

Everyman is a character role function we see a lot. As a protagonist, he’ll be the ordinary Joe who learns something about life – especially in comedy and dramedy, especially from a MPDG!

But we see Everymen in all kinds of other genres too. Everymen turn up in Drama, Horrors and Thrillers the most after comedy/dramedy. As secondaries, Everymen may well be in ANY type of story and why the hell not.

But where is EveryWOMAN? Why don’t we see her as often? Oh right — cos we judge those female characters so much more. So if they’re not gorgeous and skilled, (or conversely, UNgorgeous and yet hilarious), they’re ‘boring’. Riiiiight.

But this is the thing – if every female character is extraordinary? That’s boring, too. Funny, that! MORE: 5 Modern Kickass Hotties Who Are Also Great Characters

Look. There’s nothing wrong with female characters having boyfriends or husbands. Sometimes this CAN act as a great motivator, such as SALT trying to protect her husband in the movie of the same name. This felt fresh and interesting, ‘cos usually it’s the other way around, with the male hero trying to rescue his wife or girlfriend.

But when a female character exists solely:

Then NEWSFLASH: this is dull. This is what always happens. Punch yourself in the face and try again. It’s okay, we forgive you. BUT HURRY HURRY HURRY! MORE: Top 5 Female Character Mistakes

7 thoughts on “5 Problems With Female Leads”

previous8 Ways You Can Fit Writing Into Your Life (Even Though You Think You Can’t)
nextHow NOT To Pitch Agents: 21 Tips For Writers