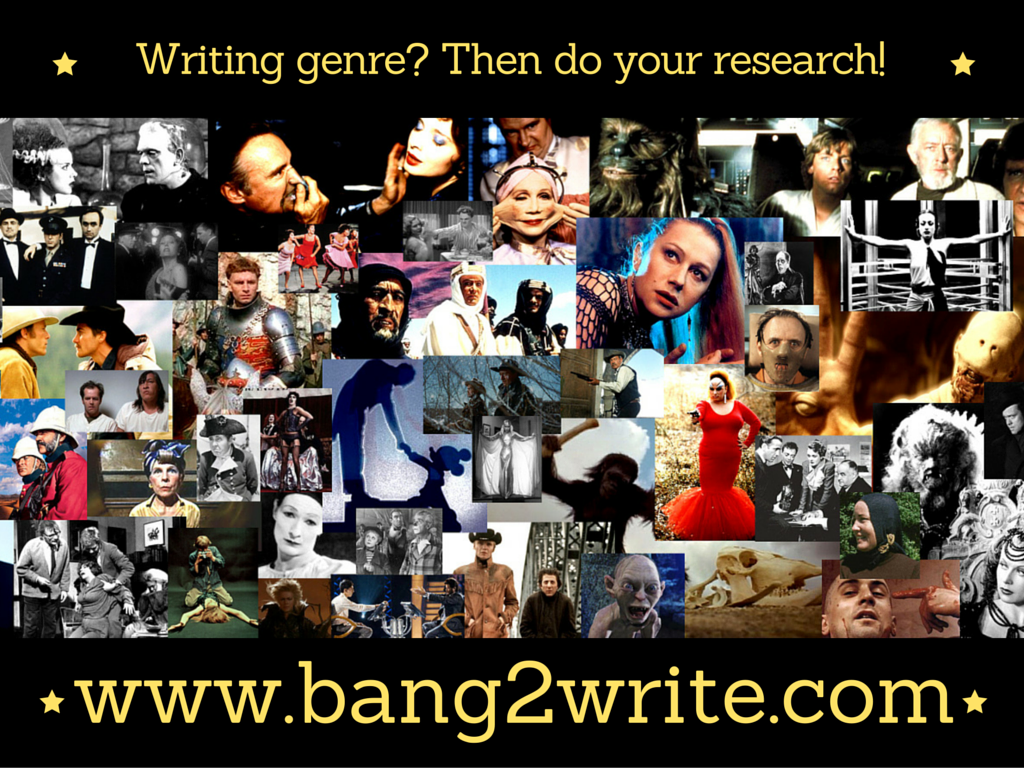 Carrying on my Top 5 mistakes series, it always surprises me how some spec screenwriters will start blindly writing a genre, without researching it robustly. Look, I know it’s tempting to just dive in, but believe me when I say it SHOWS if you haven’t done your homework!!

So, be warned and stay away from:

OK, first off I’m breaking my own rule by putting something on a drama in a genre post … but when so many spec screenwriters don’t understand the difference between drama and genre anyway, chances are you may be here looking for the answer to this question. So, first off: find out why there is a difference!!

Secondly, NEWSFLASH: no one in the world wants to watch your depressing drama. Life is miserable enough without watching a film on how EVERYTHING IS SHIT. Ugh, no thanks.

However the masochists amongst your audience (like moi) may want to watch a DEVASTATING drama for a carthartic experience. Don’t know what the difference is between ‘depressing’ and ‘devastating’?? FIND OUT!! MORE: Writing & Selling Drama Screenplays

Notice I don’t write “unfunny” – what is that? Who knows. Equally, what is ‘”funny”? Again – WHO KNOWS. It’s not about “funny”, it’s about AUDIENCE. Whomever your audience is, is who will find your story/characters funny.

So, you have to know WHAT you’re doing when it comes to comedy and just as importantly, WHY you’re doing it. This will help you pinpoint your audience, which always impresses producers … EVEN if they otherwise think you’re as funny as toothache.

After all, do you think the people who made MRS. BROWN’S BOYS were rolling in the aisles at that concept, or spotting a business opportunity for a particular audience? MORE: 8 Mistakes That Will Kill Your Comedy Screenplay DEAD

Holy crap, this one is just like the monster that comes back … and back … and back! No. NoNoNoNoNoNo. Just, NO! MORE: What’s the difference between Horror & Thriller: Case Study – WIND CHILL (2007)

Look, I get it. Writers are so in love with their new Sci Fi world they want to shove loads of extra stuff in, especially in the arena. But if it doesn’t push the story forward, or fit seamlessly into your worldbuilding, then it will end up just CONFUSING the reader as they won’t know what is important and what’s not. True story! MORE: 8 Mistakes That Will Kill Your Sci Fi Screenplay DEAD

5) Thrillers that are really dramas

Thrillers have specific conventions from concept level, through to page 1 and beyond. If you don’t know what those are, then chances are you’re writing a drama with some running about in. And guess what? That ain’t a Thriller. Find out those conventions, STAT! MORE: Writing & Selling Thriller Screenplays

So remember: DO YOUR RESEARCH!