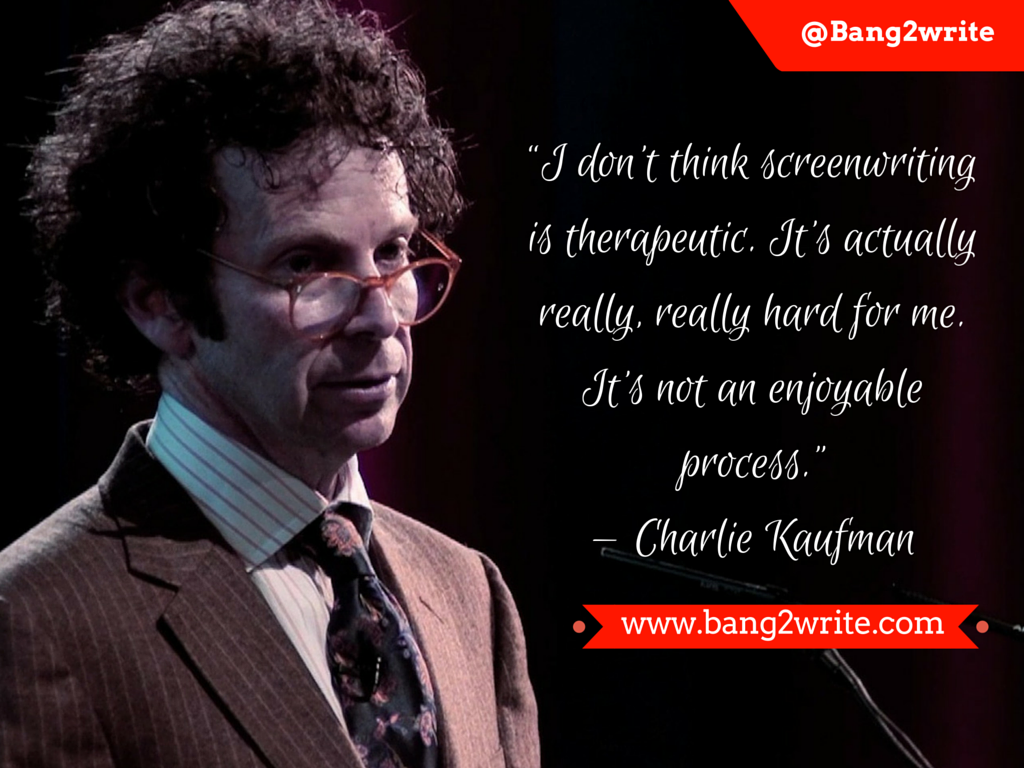 Screenwriting: the talent of making words into moving pictures that takes from our mundane lives and into a whole other world! But what do the masters say about it?

Here, the writing and filmmaking masters (and mistresses!) give us their tips:

1) “Audiences are harder to please if you’re just giving them effects, but they’re easy to please if it’s a good story.” — Steven Spielberg

Spielberg has a point here. Effects are dated so fast that they are yesterday’s mouldy cheese by the time they are on the big screen. What we remember isn’t the flashy effects but the story that sucked us in. The special effects are just there to make that leap that much easier.

2) “The script is what you’ve dreamed up–this is what it should be. The film is what you end up with.” — George Lucas

Lucas’ point here is that the foundation of the film is, again, the script. Without the script the movie would not exist. It could not exist—because no one would know what it is they’re doing to make the movie have a start or an ending.

3) “There is no point in having sharp images when you’ve fuzzy ideas.” — Jean-Luc Godard

Godard’s point is similar to Lucas’, but not quite. Here, he points out that the script might exist but if the script hasn’t been edited or written to be as sharp as possible—the ideas as clear as possible—then the movie (the images) won’t be any clearer.

4) “It’s possible for me to make a bad movie out of a good script, but I can’t make a good movie from a bad script.” — George Clooney

Clooney points out here that a bad script is a bad foundation, and that a filmmaker can easily make a mess out of good source material, but unless that same filmmaker decides to completely rewrite the bad script (at which point, it’s no longer the original source material), then the movie will show the same weaknesses as the script in the end.

5) “Big budget movies can have big budget perks, and small budget movies have no perks, but what the driving force is, of course, is the script.” — Morgan Freeman

Freeman points out the same as Spielberg in the first quote on this list. Any movie can have a big budget, but the script is what makes it shine. The story in the script is what we remember, no matter how big or how small the budget. 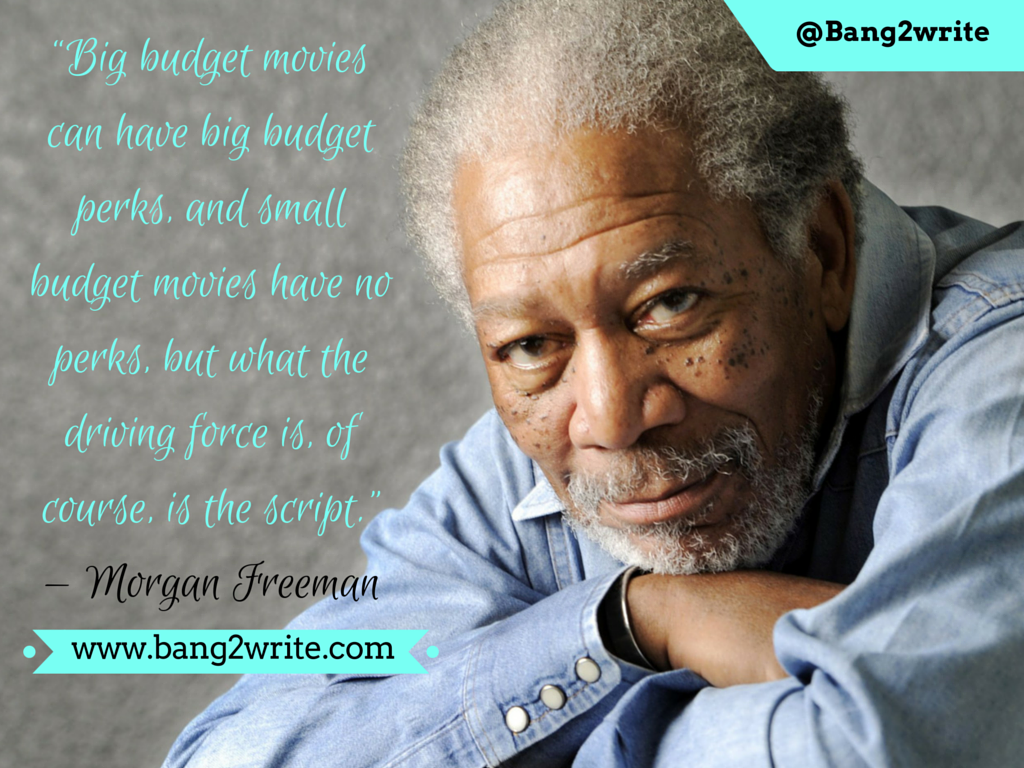 6) “Once you crack the script, everything else follows.” — Ridley Scott

Here Scott points out something a bit different than the rest, although he still stresses how important a good script is. In this case, it’s about editing, and ‘cracking’ the script. Cracking is another way of saying revising until the drafts are sharp and to the point. Writing is one thing, but revising polishes the story until the story is what shines through and not weak writing.

7) “The road to hell is paved with works-in-progress.” – Philip Roth

On the other hand, there is a such thing as too much revising too, as Roth points out. The key is knowing when and where enough is, otherwise the filmmaker will never finish and the movie will never get seen. Don’t rush, but don’t be so wrapped up in making it perfect that you miss when you should have stopped revising.

8) “Literature is strewn with the wreckage of men who have minded beyond reason the opinions of others.” —Virginia Woolf

Woolf has a different point. Screenwriters share a common trait with all other writers… and that’s the curse of self-doubt. Like Roth, she points out that being wrapped up in “perfect” will mean it never is, but Woolf also points out that there have been many to have fallen prey to the critic, and let their self-doubt consume them. Her advice here is to mind who you listen to, and that sometimes your own talent will shine through.

9) “Who wants to become a writer? And why? Because it’s the answer to everything. … It’s the streaming reason for living. To note, to pin down, to build up, to create, to be astonished at nothing, to cherish the oddities, to let nothing go down the drain, to make something, to make a great flower out of life, even if it’s a cactus.” — Enid Bagnold

Bagnold points out the other great truth about writing. Screenwriters have vision—and can see a little deeper into the human mind and world than others do. But they also take it one step further—and that’s to bring that vision to others as a sort of translator. It’s why a writer does it.

10) “Cheat your landlord if you can and must, but do not try to shortchange the Muse. It cannot be done. You can’t fake quality any more than you can fake a good meal.” — William S. Burroughs

Burroughs points out something very important here that all screenwriters (and other writers and artists) should heed. The Muse is fickle and irreplaceable, but a land lord can be replaced with another one. In other words, take care of yourself… your body, your mind and your health first and all the rest second. The Muse comes to those who take care of themselves first. (Ironically, this also means keeping a roof over your head, so the lesson here is that if you take care of yourself, the rest will fall into line!) 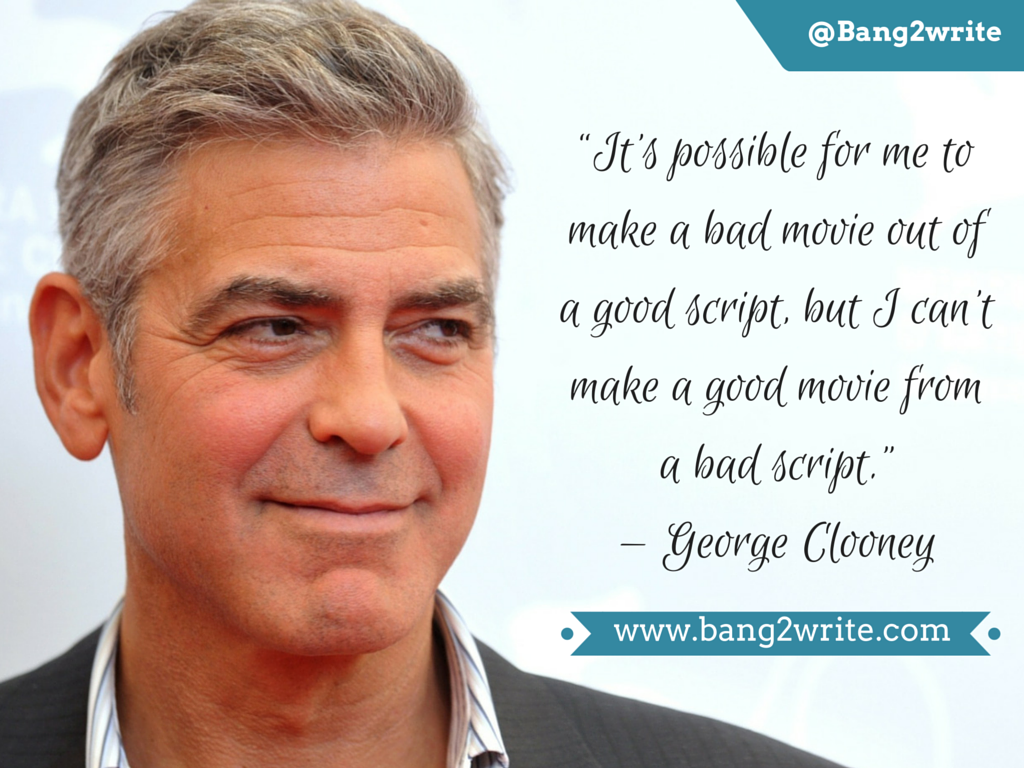 11) “We are all apprentices in a craft where no one ever becomes a master.” —Ernest Hemingway

Screenwriters have to constantly improve and practice. Later works will always be better (well, depending on who you ask… at which point I refer any aspiring screenwriters back up to quote #8) because you are constantly honing that skill.

12) “I don’t think screenwriting is therapeutic. It’s actually really, really hard for me. It’s not an enjoyable process.” — Charlie Kaufman

Screenwriters not always write what they know and feel. They are thought to be translating the world, through their lens for others to see. But at the same time screenwriting is a hard writing job, the endless process of creating plots and characters, and engaging the reader.

13) “The greatest part of a writer’s time is spent in reading, in order to write; a man will turn over half a library to make one book.” —Samuel Johnson

14) “Know your literary tradition, savor it, steal from it, but when you sit down to write, forget about worshiping greatness and fetishizing masterpieces.” —Allegra Goodman

This is advice leading aspiring writers to remember the genre, and tradition, they intend to write in. There’s a certain style and feel. You have to know it to work with it. But at the same time you have to make it yours, so when you finally sit down and write put all that out your mind and just write. Your work will have its own stamp and style, so don’t worry too much about it not being exactly like one of the master’s.

15) “I do not over-intellectualise the production process. I try to keep it simple: Tell the damned story.” —Tom Clancy

Clancy is telling any new writer the greatest truth about writing. The writer’s job is to ‘tell the story’ and to make it shine. Everything else is secondary. Just write it.

Screenwriting is an art as much as a craft, and the masters all have one thing to say in common: The story is everything. No story means no film (well, you’d have a film, but will people want to watch it?).

Everything else after that will fall into place. It doesn’t matter how fancy the special effects are, as no one will remember them. That’s why great films like The Godfather are so timeless. The budget didn’t matter because the story and the characters are what mattered.

BIO: Gloria Kopp is a web content writer and an elearning consultant from Manville city. She graduated from University of Wyoming and started a career of creative writer. At present time she works as a paper writer at BoomEssays custom writing service. Besides, she is working on online writing course project that is going to be launched this autumn. 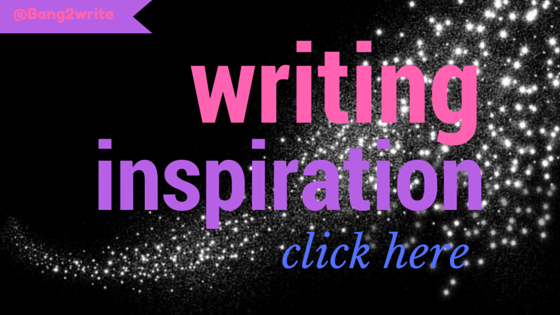 2 thoughts on “15 Hard Truths About Screenwriting”