Screenplay format gets a bad rap and is often conflated with writing craft. Whilst sometimes the two things DO cross over, this post will deal predominantly with **how** your script looks ON THE PAGE.

Continuing in the Top 5 Mistakes series, I’ll be concentrating on screenplay format today. (I’m assuming your layout, spelling, punctuation and grammar are awesome already. If not, you can check here: 10 Common Errors In Your Writing You Need To Fix Right Now.) 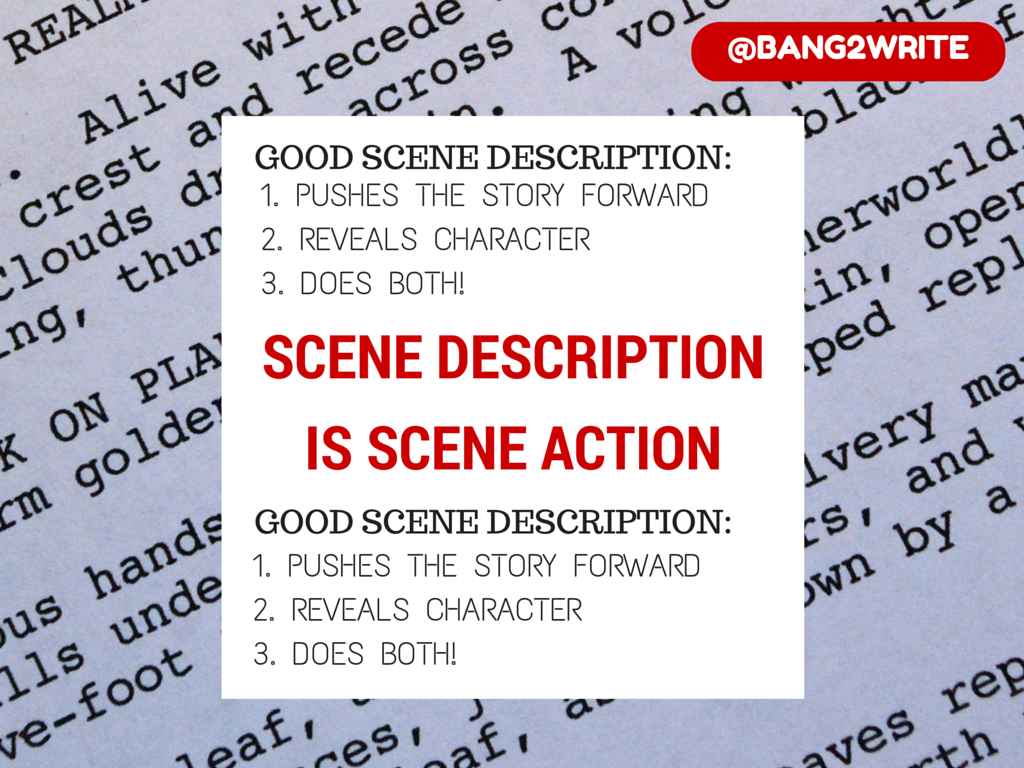 A slugline or scene header in a spec screenplay is simply to “anchor” the reader, so we know *where* we are. They should be as plain as possible and shouldn’t draw the eye too much. That’s it.

However, lots of sluglines are WAY too detailed, sometimes running for two or more lines. They’ll note things like whose house we’re in; which room; what number the house is; which road — you name it! Nooooo! MORE: All about slugline layout and what you can include

2) Too many fillers, plus parentheticals

Fillers happen when screenwriters realise they need to “break up” a chunk of scene description, or a chain of dialogue. As a result, we end up with dull little moments that are there for the sake of it, as they don’t advance the story. Here’s 10 Of The Worst Screenplay “Fillers”.

I’ve often said parentheticals are useless – and that’s because they can too often become fillers as well. Even worse, writers may mistakenly use parentheticals for action, instead of putting it scene description. Ack!!!

Anything labelled “bad” in screenwriting is nearly always open to interpretation. That disclaimer aside, I’d venture “bad” scene description does NOT …

Instead, bad scene description often hyper-focuses on extraneous detail … that dreaded ‘too much black on the page’.

Spec screenwriters forget screenwriting is a VISUAL medium, first and foremost. This means they will probably need to write more scene description than anything else in the script. But they forget that scene description is SCENE ACTION. MORE: 10 Ways To Revitalise Your Scene Description

4) Chains and chains of dialogue

NEWSFLASH: Too much dialogue in a scene makes it STATIC. This is the last thing any good spec screenplay wants.

Obviously good dialogue is a craft issue as well, but it becomes a format issue when writers believe shoving in chains and chains of dialogue is an ‘antidote’ to point 3 on this list.

But think on this … when was the last time you saw a movie or TV show where characters stood around, just talking, for 7 or 8 MINUTES (or pages)?

Yet spec screenplays do this all the time. MORE: Are You Making Any Of These 20 Killer Errors In Your Screenplay’s Scenes?

5) Capital letters ALL OVER THE PLACE!

In a spec screenplay, capital letters are used on a character’s name when we meet them for the first time.

You do not need them for …

Oh and while we’re on the subject, in a spec screenplay, you also don’t need …

In other words, as plain as possible, please. Save the reader’s eyes!! MORE: Screenplay Format: The B2W One Stop Shop

My sell-out course, BREAKING INTO SCRIPT READING is back! If you’re interested in becoming a script reader, or finding out more how script readers may assess YOUR own writing – or both! – then this is the course for you. Check out detail for the next course and by tickets HERE, or click the pic on the left. See you there!